Remember Danny Trejo, one of the most recognizable badasses of Hollywood movies. Danny Trejo is not only known for his impressive acting skills but he is a perfect example of rags to riches story. He had a troubled childhood and spent most of his youth on ‘on and off basis’ in prison. Danny tried to clear up his life with the help of boxing and later entered into acting, to be the most recognizable villains in Hollywood. Though his deep voice, harsh and craggy face is ideal for an anti-hero role, he is quite the opposite in real life. Apart from his incredible acting skills, Danny Trejo also sports some pretty impressive tattoos. Here is all we know about Danny Trejo’s Tattoos and their meanings. 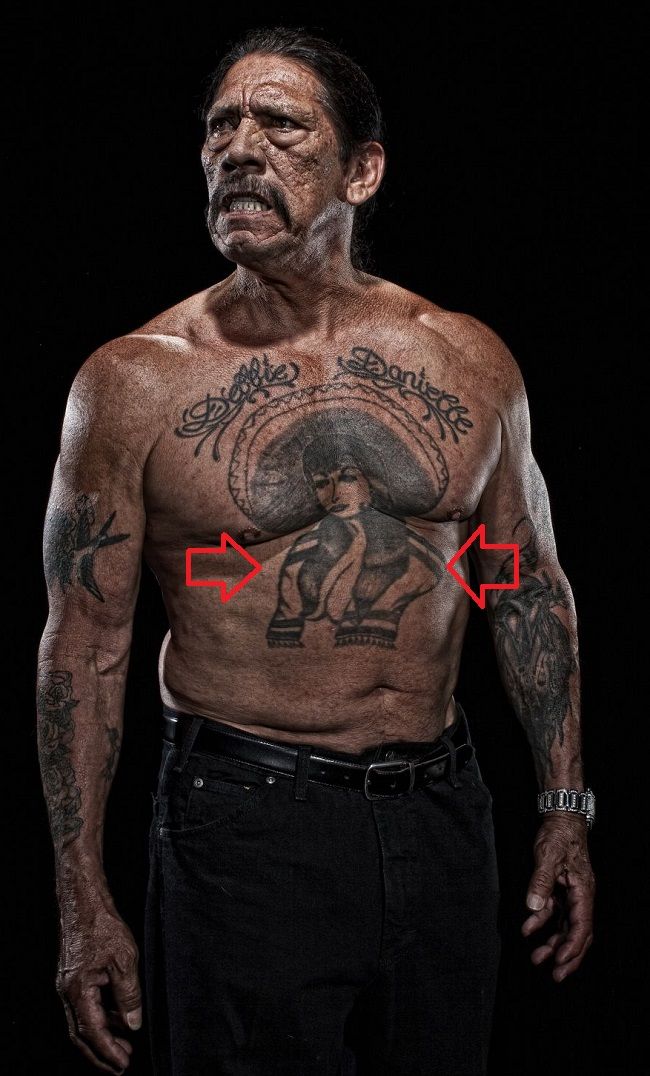 Tattoo: ‘Mexican Cowgirl’ Tattoo on his chest that continues till his stomach.

Meaning: This chest tattoo is Danny Trejo’s signature tattoo that he got during his time in prison. This impressive artwork covers a majority of his torso. The tattoo features a woman wearing a sombrero. There is a bright red heart wrapped in barbed wire near the base which is meant to signify ‘forever’ about his marriage with ex-wife Debbie. 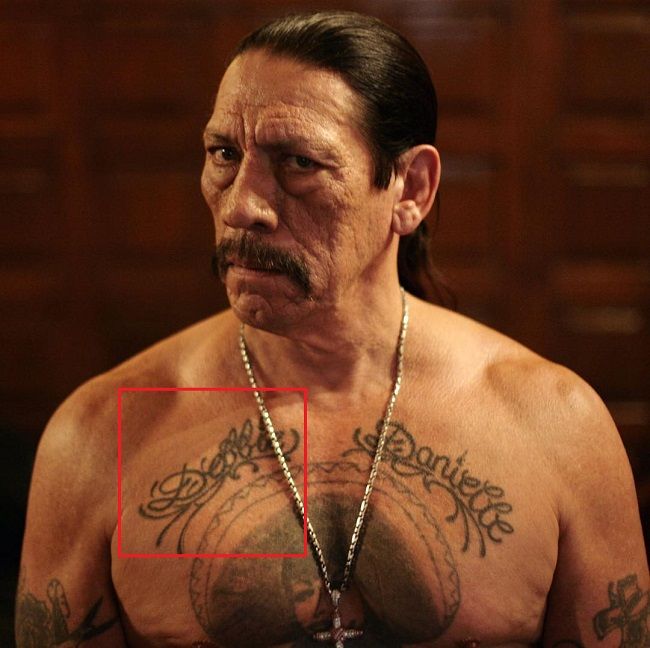 Tattoo: ‘Debbie’ Tattoo on the right side of his chest.

Meaning: Debbie is the name of his ex-wife, Debbie Shreve. After having a smooth relationship for years, the couple got married in December 1997. However, the things didn’t work well and the couple got split in 2009 when Danny filed for divorce on June 1, 2009. This tattoo was inked when he was married to his wife which signifies Danny’s love for her. 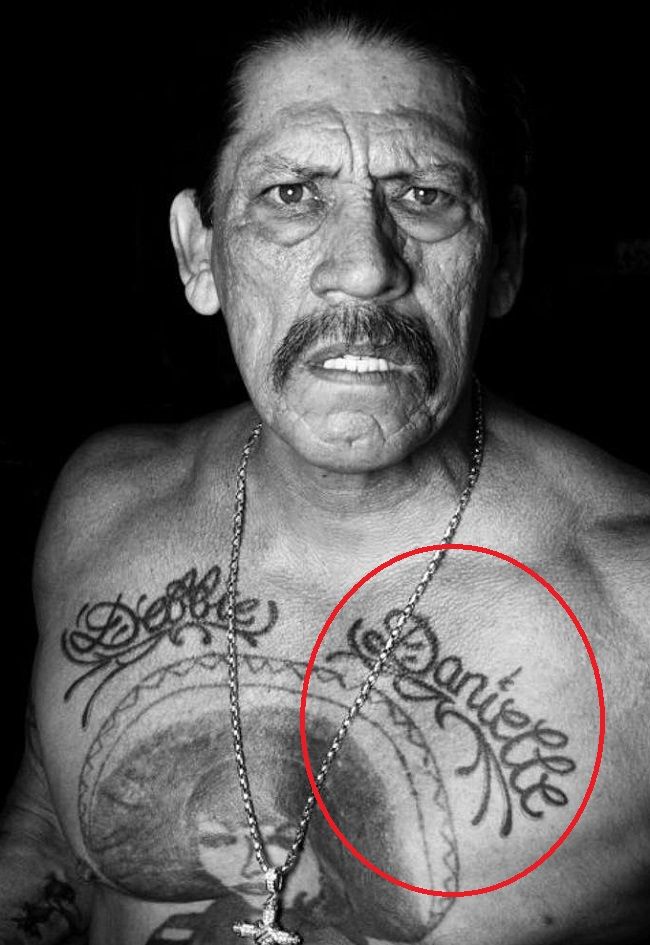 Tattoo: ‘Danielle’ Tattoo on the left side of his chest.

Meaning: Just like Debbie’s tattoo on the right side of Trejo’s chest, there is the name of his daughter, ‘Danielle’ inked on the left side of his chest. Daniel has always been very close to his daughter Danielle. Time and again, he is seen posting the baby pictures of his daughter on his Instagram account.

The miracles of life! Today is my daughter's birthday, I'm thankful every single day that I could be there to help raise this beautiful girl. Maeve, we did all right!!! Happy birthday @danielle_reyna !!! 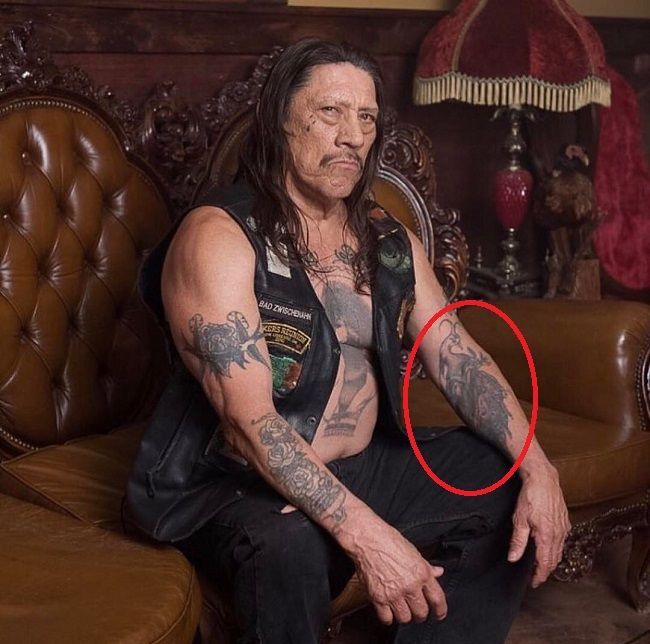 Meaning: A peacock tattoo is a symbol of purity, fidelity, emotions, heart, immorality, longevity, and compassion. This tattoo might hold a great significance in the life of Danny. 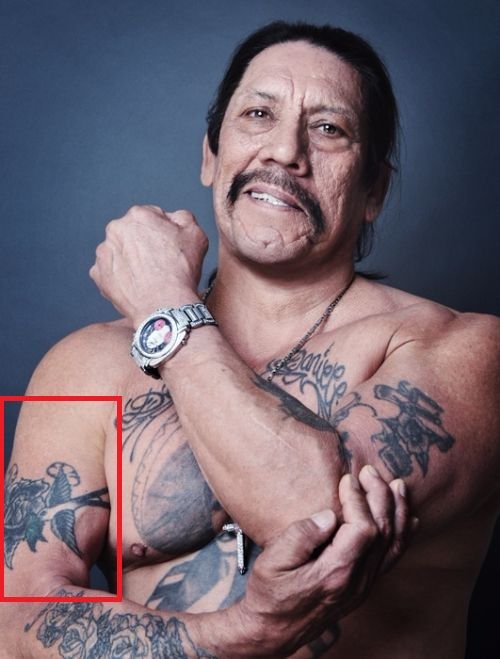 Meaning: A hummingbird tattoo has different meanings in different cultures. Generally, it represents the ability to overcome the difficulties of life, which might be related to Danny’s troubled past. It has several other meanings like love, hope, joy, charm, new beginnings, and good times. 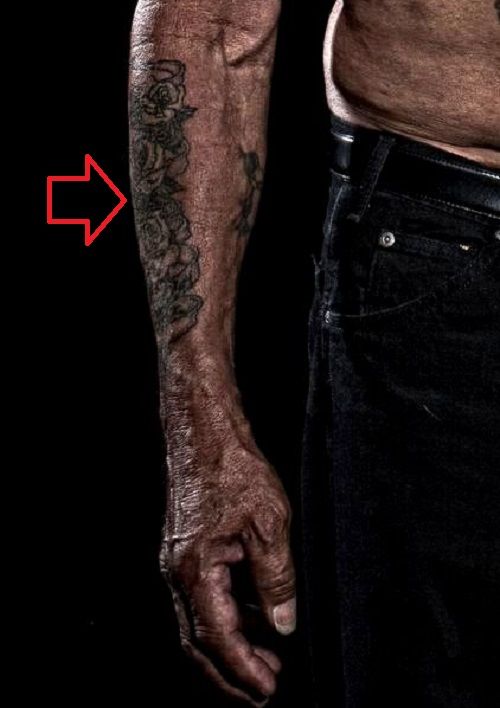 Meaning: Another incredible piece in Danny’s collection of body art is that of a roses bush on his right arm which symbolizes mature love, protection from envious lovers, new beginnings, emotions, love, and compassion. The thorns along with the roses define the ability to overcome the struggles and person’s sacrifices in life. 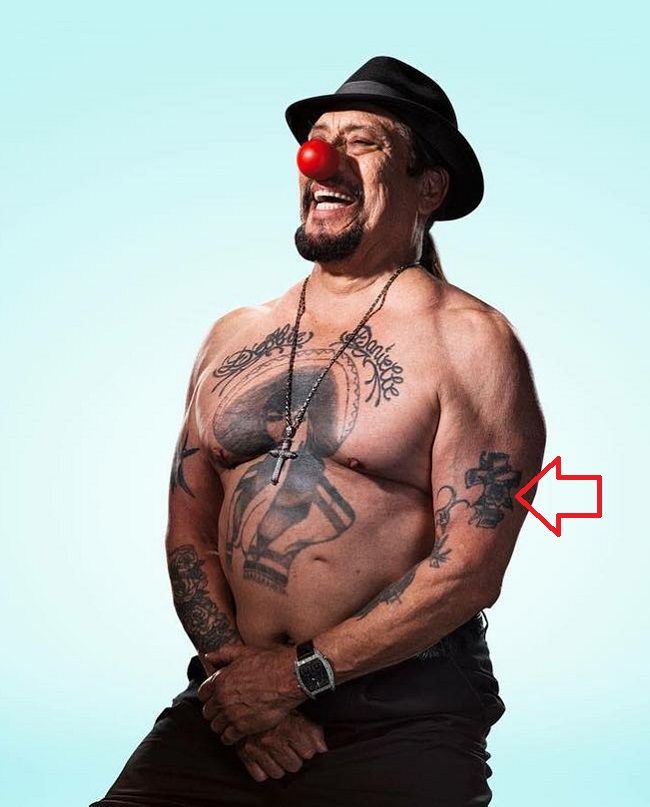 Meaning: A cross tattoo has different meanings in different religions. Generally, it is a symbol of a person’s spirituality and religion. It also refers to the event of the crucifixion of Jesus Christ. 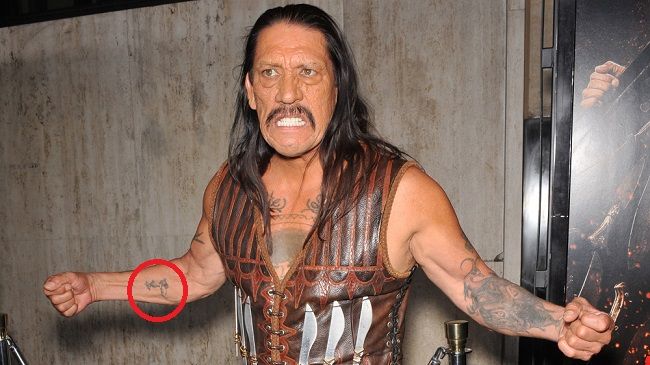 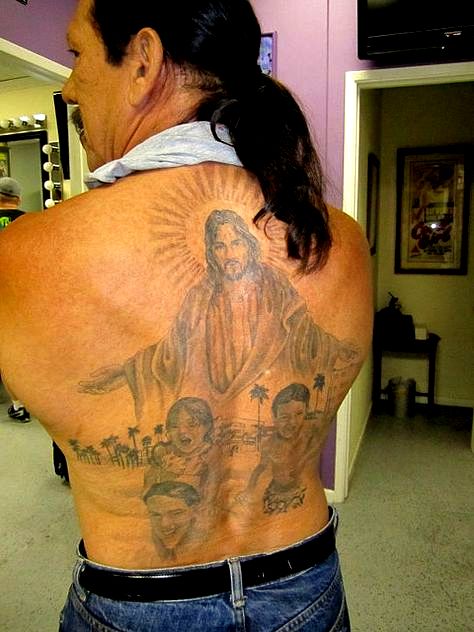 Tattoo: ‘Family’ Tattoo on his back.

Meaning: Danny got the tattoo of his children on his back. Along with the portrait of his children, he got inked ‘Jesus Christ’ on his back. This tattoo is in the form of a picture in which Jesus Christ is looking after and giving the blessing to Danny’s children. This beautiful artwork is done by world-famous tattoo artist, Mark Mahoney. This family tattoo is of great significance in the life of Danny who is very close to his children. 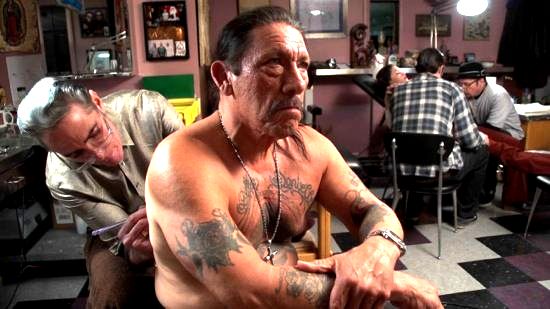 Danny getting his ‘family’ tattoo inked by Mark Mahoney 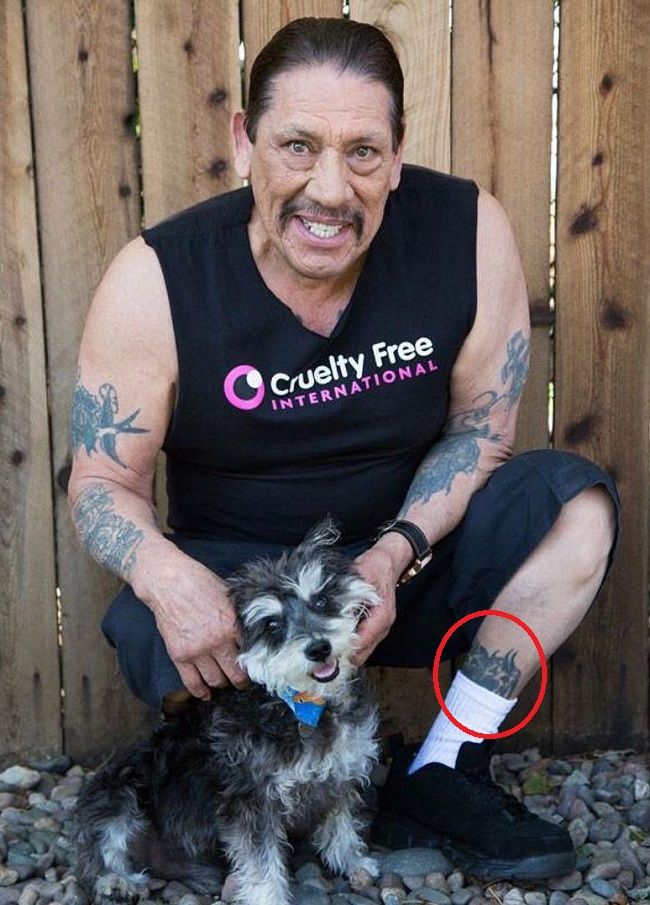 Tattoo: ‘Portrait of Pets’ Tattoo on his left leg.

Meaning: Danny is very fond of his pet dogs. So, to express his love for his dogs, he got inked their portrait of them on the left side of the leg.