Axel Laurent Angel Lambert Witsel is a Belgian professional footballer from Liège. Witsel started his youth football career at Standard Liège football club in 2004. Axel has also represented his country at the FIFA World Cup in 2014 and 2018 and UEFA Euro 2016. Witsel has beautiful tattoos on his body. Let us explore his tattoos. 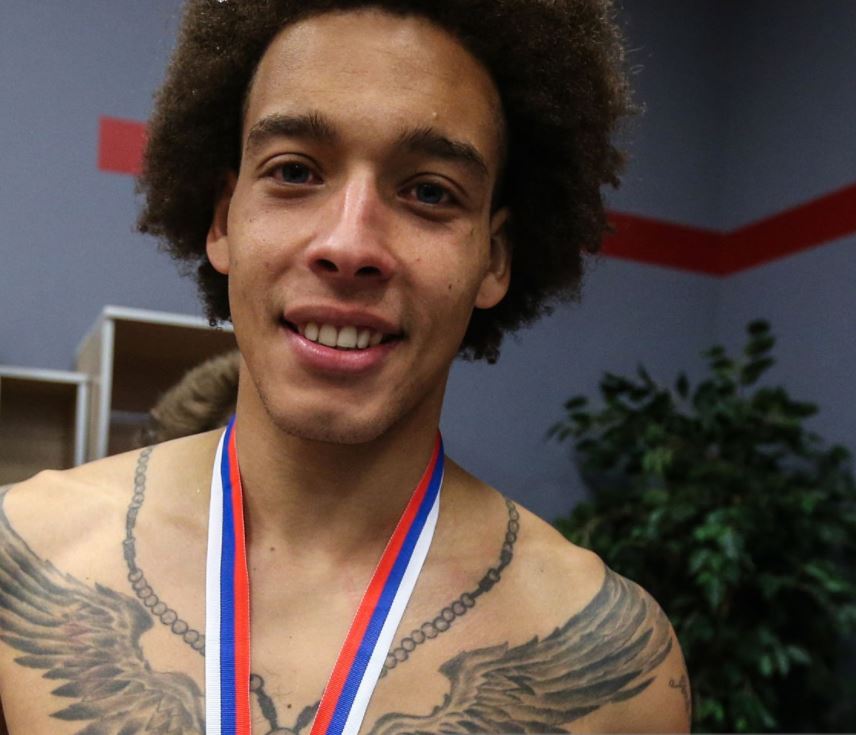 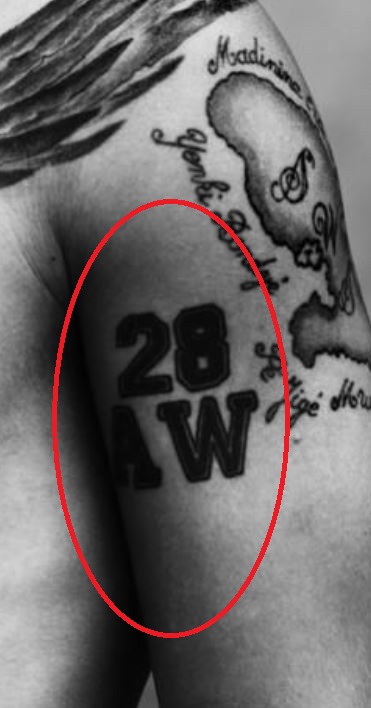 Meaning: AW represents Axel’s name’s initials as ‘Axel Witsel’ whereas 28 stands for his jersey number for Borussia Dortmund which he is part of currently, as a Midfielder. 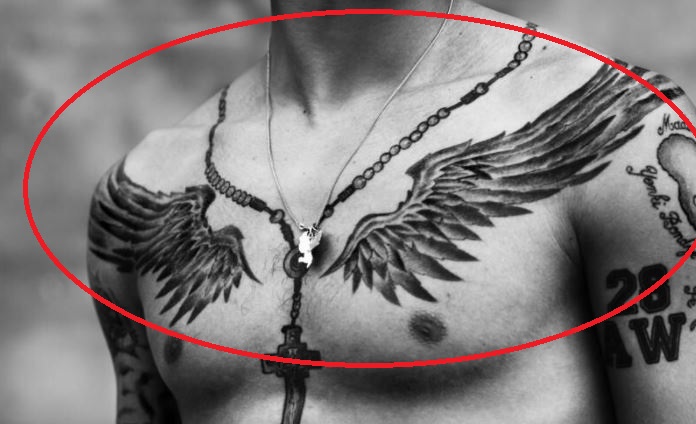 Meaning: Angel wings are the symbol of protection and faith. The faith in God and his blessings. Some people get angel wings inked as a tribute to a loved one who is no more. It is an important Christian symbol that reminds the person of his deep pure belief in God. 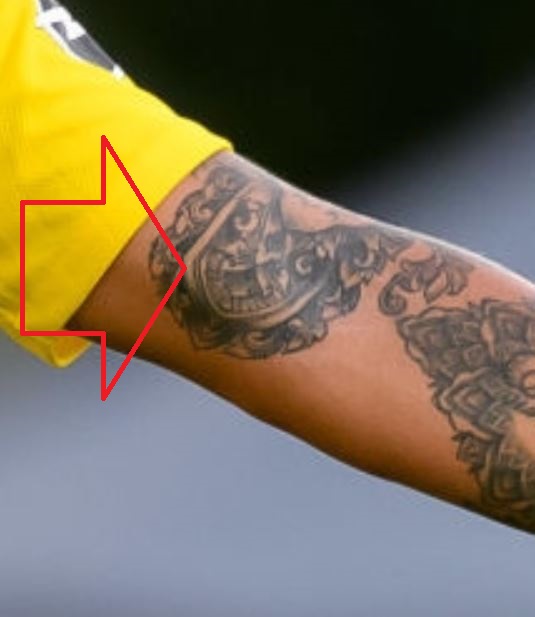 Tattoo: tribal design is the symbol of strength, power, and confidence. We can see the tribal design at many places on Witsel’s left arm.

Meaning: Cross is the holy symbol of Christians and thus, this represents that Axel is a Christian and holds Christian beliefs.

Tattoo: On Axel’s left upper arm here is a tribal design that contains the word, Eva along with few dates inked under the name. 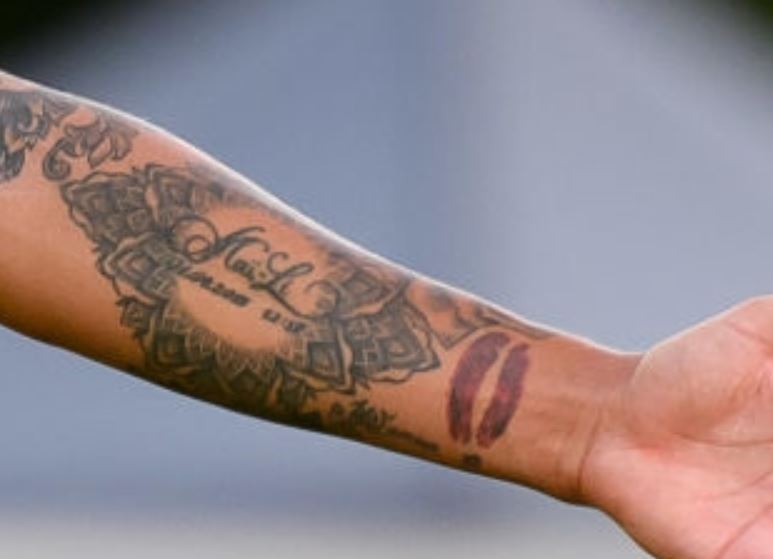 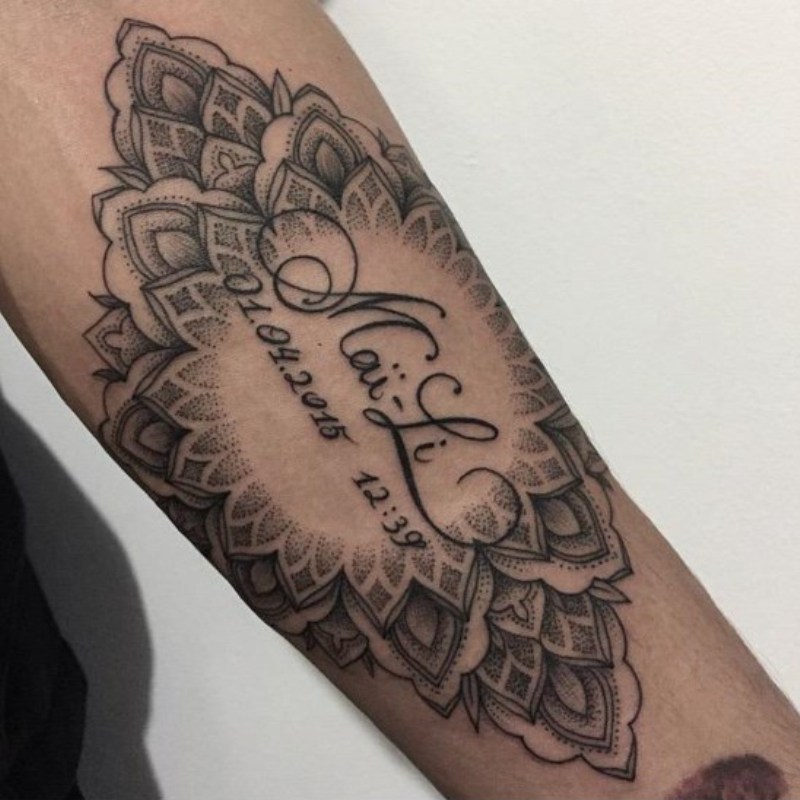 Tattoo: On his left forearm, there is a tribal tattoo shaped in a flower design with a date inked inside.

Meaning: The name and the details inside the tribal tattoo represents the birthday and birth time of his daughter Maï-Li (01.04.2015 12:39). 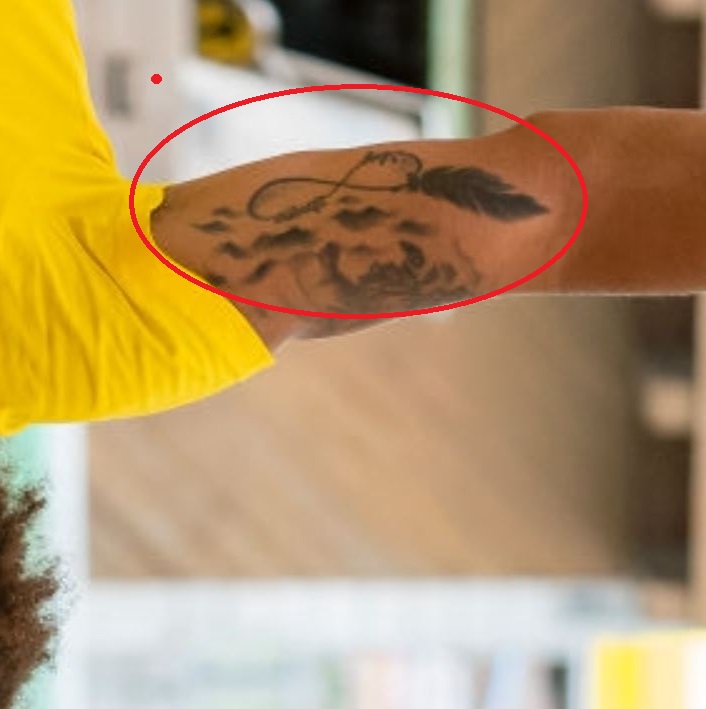 Tattoo: Infinity tattoo is shaped in form of 8 is inked on Axel’s right inner bicep. Also, there are feathers inked along.

Meaning: Infinity is the symbol of the never-ending cycle of life and focuses on the idea of eternity and timelessness. Feathers are the symbol of freedom and independence. Altogether, the tattoo is used as the symbol of reflecting the longevity of life with the capability of taking your life decisions yourself without anyone’s interference. 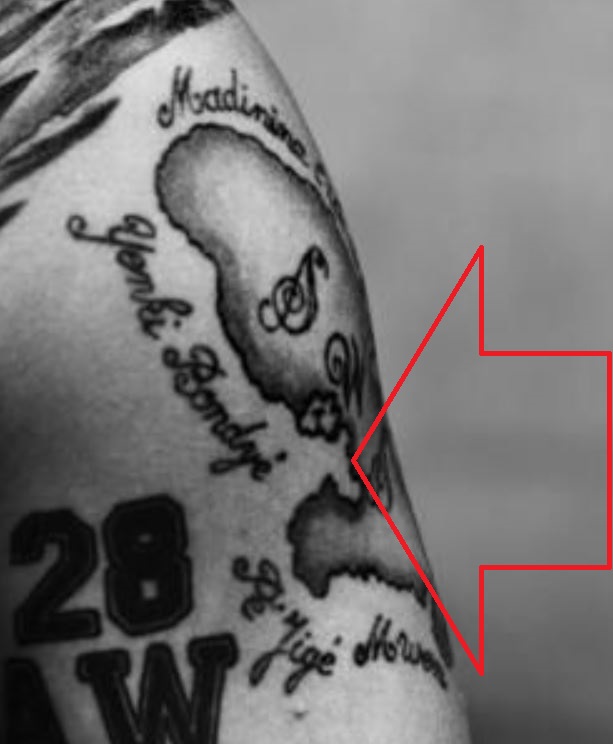 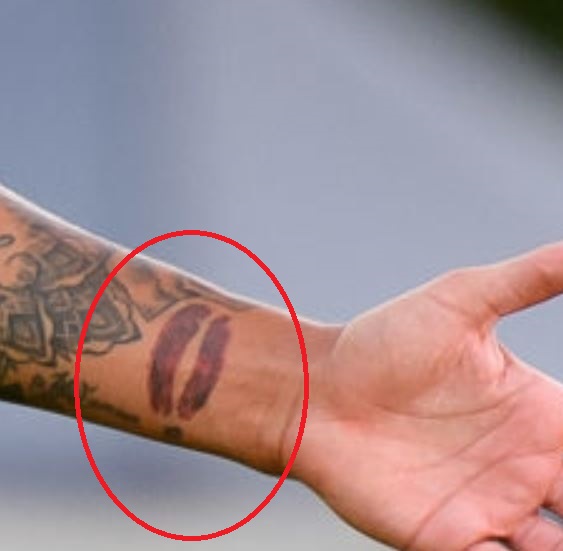 Tattoo: Red lips, the best symbol of expressing love, can be seen on Axel’s left wrist. Also, the letter ‘R’ is inked on the side.

Meaning: Red Lips is the best way of showing love. People usually get it tattooed as the symbol or mark of love. The letter R represents the initial of Axel’s wife’s name (Rafaella Szabo Witsel). 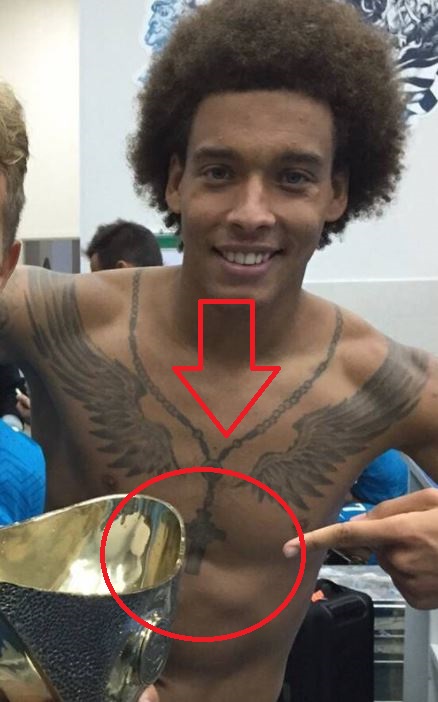 Meaning: Rosary itself is the symbol of the Virgin Mary. Rosary and cross together is the symbol that the wearer is a Christian and that he is a Catholic.

Rose is the symbol of love, romance, and affection. He has got roses inked in multiple locations on his body. 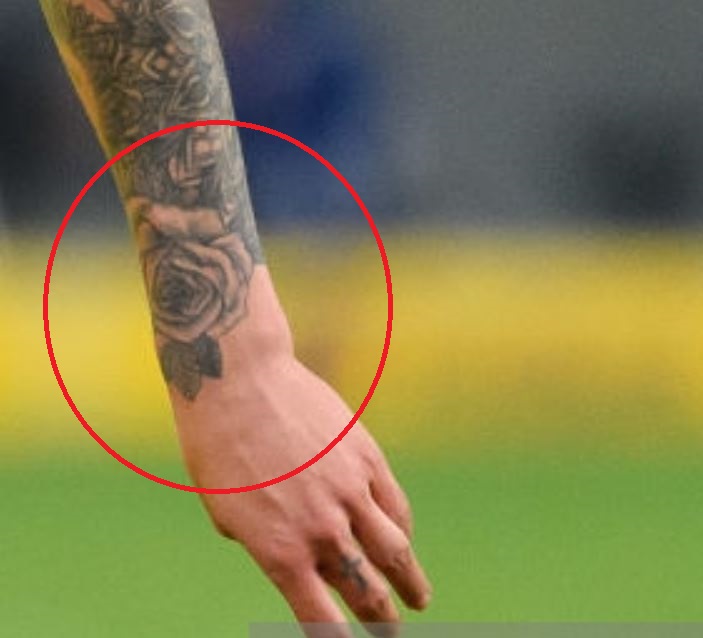 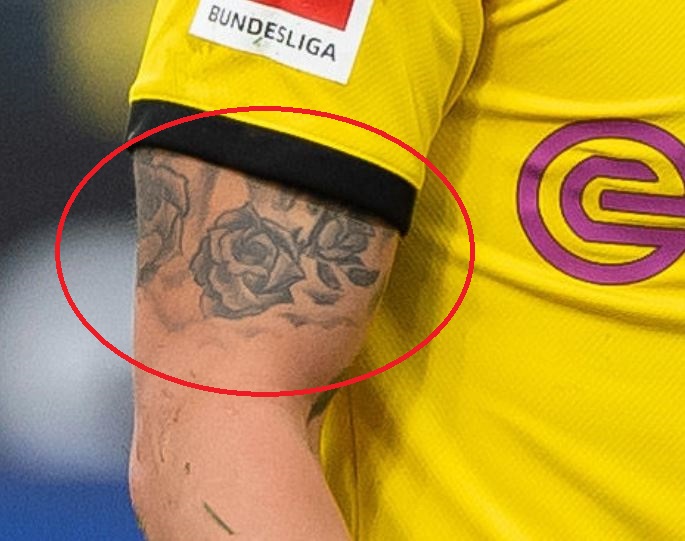 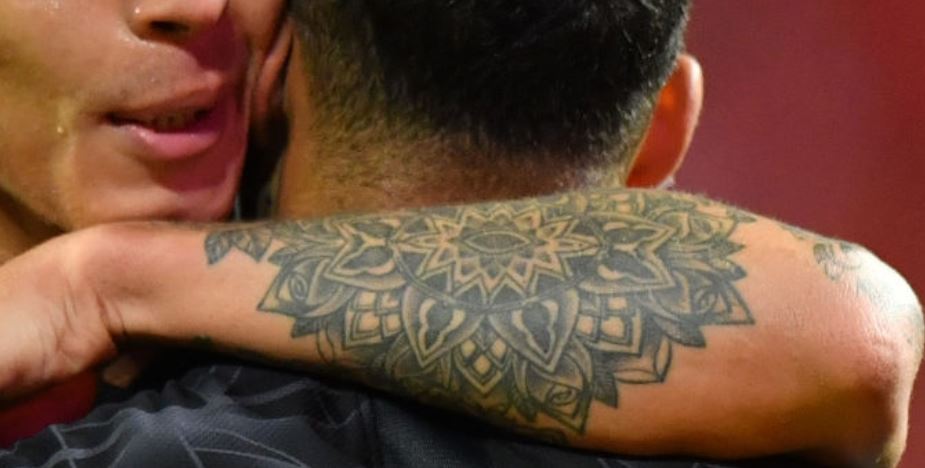 Tattoo: Tribal flower just like any other tribal design, is the way of showing your closeness to your cultural heritage and also as the symbol of protection. 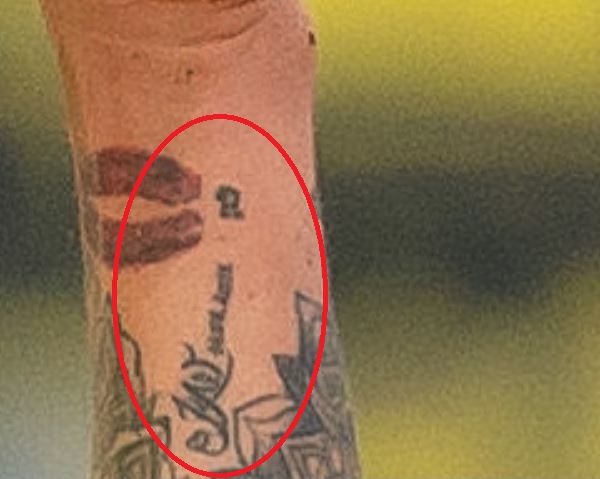 Tattoo: Axel has got the name, Rafaella Szabo Witsel, inked on his left forearm. 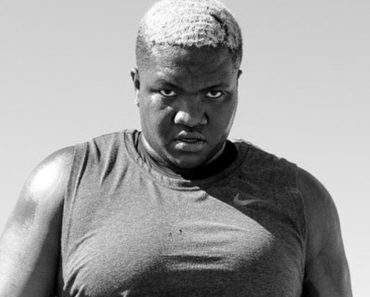 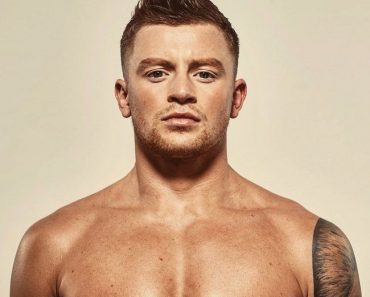 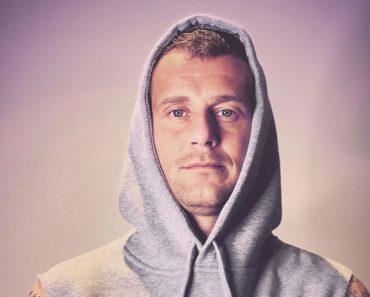