Amy Christine Dumas is famous by her ring name Lita. Amy/Lita is a professional wrestler, an American animal welfare activist, and a singer. She retired from WWE wrestling in 2006 and thus, was added to the WWE Hall of Fame in 2014. Taking her music love ahead she also formed the punk rock band The Luchagors and thus, launched its first album on September 11, 2007. 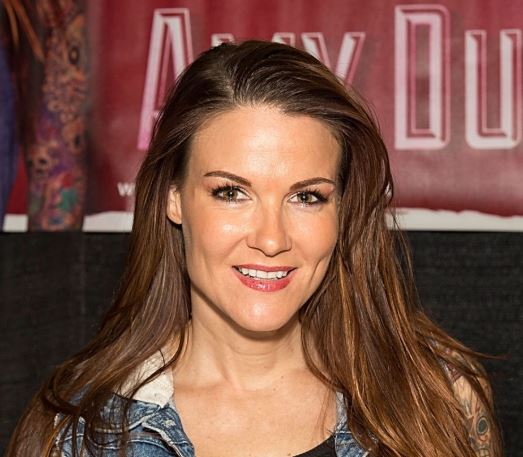 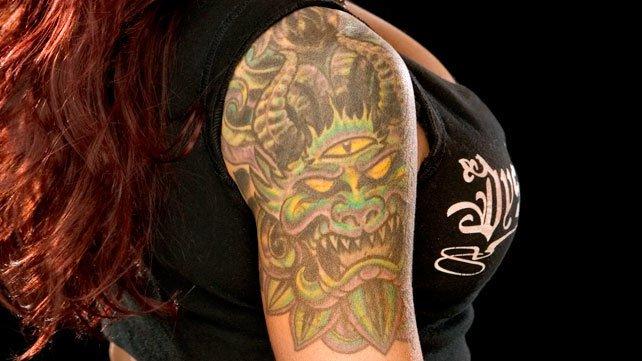 Tattoo: There is a yellow-eyed demon inked on Lita’s right bicep. It is actually an Oni Demon that is common in Japanese culture. They have horns growing out of their heads and are mostly red, yellow, or green colored in the face. The tattoo covers her right shoulder completely.

Meaning: Demon tattoos are the symbol of evil and wrongdoings. A person gets this type of tattoo to reflect his idea that every individual has an evil side. However, Lita did not have any such idea before getting this inked. She was on a trip to Amsterdam, Europe at the age of 19 years. when she abruptly approached a tattoo guy and asked him to ink anything of his choice by applying his creativity and, thus, he inked this demon on her arm. She wanted a souvenir from the city and this tattoo is what she brought with her.

“When I was 19, I went to Amsterdam and a friend had got a tattoo there earlier. I liked that artist’s work and brought the tattoo back as a souvenir from Europe. It doesn’t mean anything in particular, I just asked the guy to use his creativity.”

Tattoo: On the backside of her neck, Lita has got a word inked in the Russian language.

Meaning: The word when translated in English stands for, ‘Iconoclast’ or Rebel. Getting this tattoo obviously points out towards her own personality. 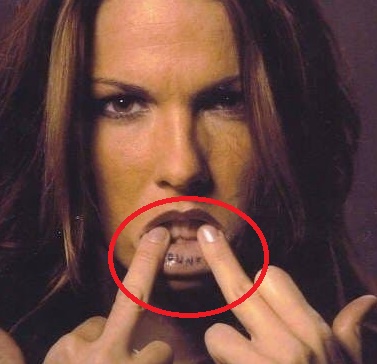 Tattoo: On the inner side of her lower lip she has got the letter ‘PUNK’ tattooed.

Meaning: She got it tattooed in the year 1996. Punk reflects the connection of Lita with music as well as her love for Punk music (an aggressive form of rock music). Lita has her own Punk band, The Luchagors whose first album was released on September 11, 2007. 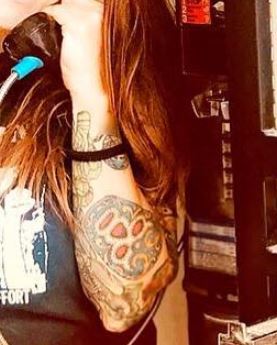 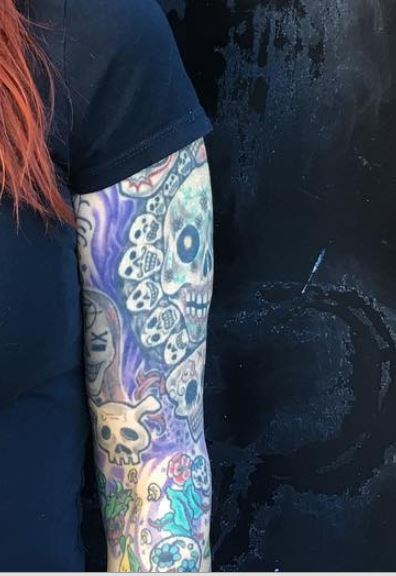 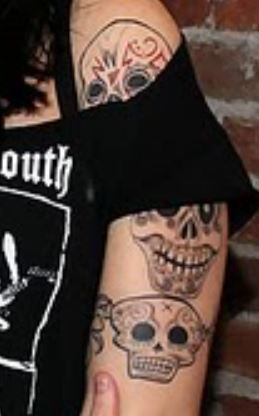 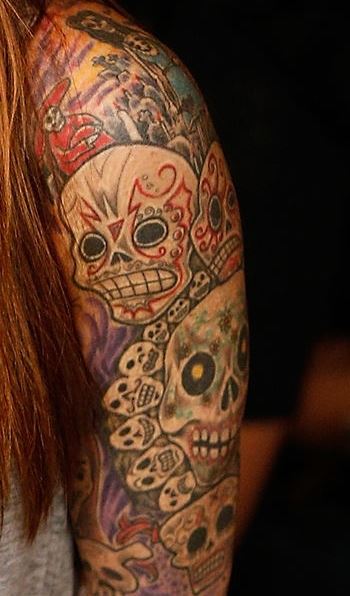 Tattoo: On her left forearm we can see multiple skulls inked. Initially, she had only outlined skulls tattooed on her upper arm but later, she kept on adding more skulls; the colorful as well as sugar skulls.

Meaning: Skulls are the symbol of evil and dead however, people get skull tattoos to also depict their confidence and courage of facing the evils and setbacks of life and winning over. Whereas sugars skulls as we can see on her lower arm symbolize the contentment with life and happiness. They are usually inked in four colors and depict that the person’s love and dear ones are at peace in heaven. 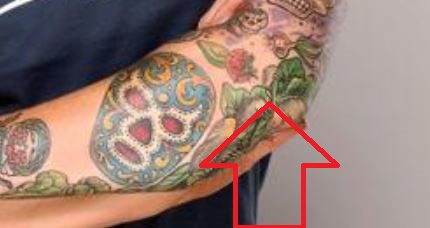 Tattoo: There is a strawberry and a green climber tattooed on Lita’s left forearm.

Meaning: Strawberries are the symbol of love, passion. Also, they are considered to be feminine tattoos. 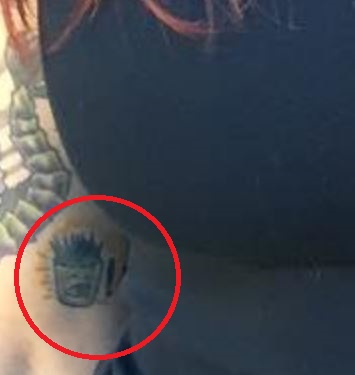 Tattoo: On her right inner bicep there is a cup of French fries inked. 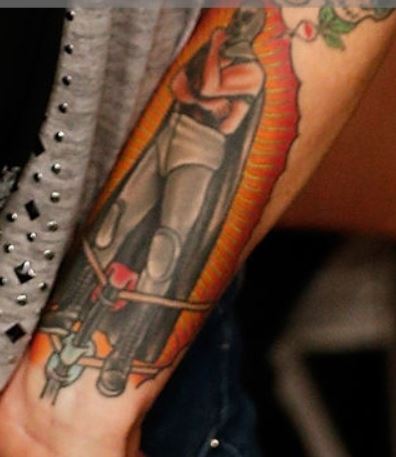 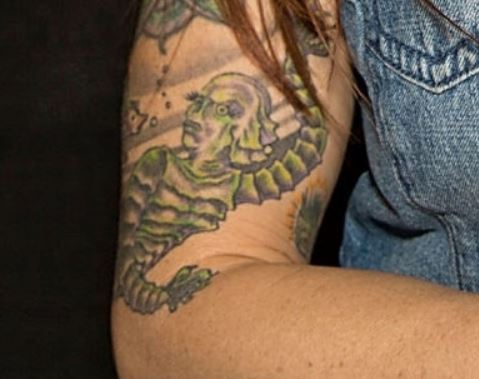 Tattoo: Just below her Oni Demon mask she has got another weird tattoo which is actually a Gargoyle.

Meaning: Gargoyle was used as a symbol of protection against evil during Medieval times. People believe in getting their tattoo to reflect the caring nature of their personality and to show that they care and are protective of the people around them. 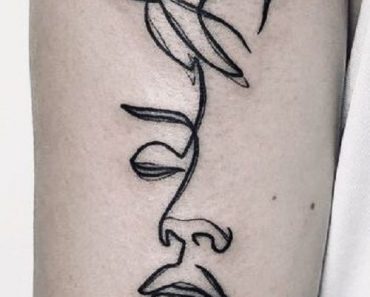 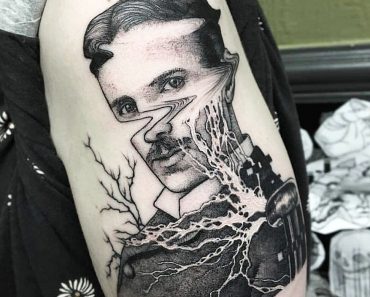 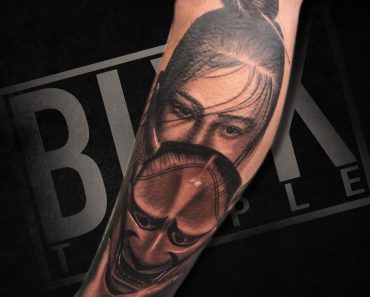