Kirshnik Khari Ball who is professionally known as Takeoff is an American Rapper and Songwriter. He is best known as a member of the hip hop trio Migos along with Quavo, his uncle, and Offset, his cousin. Just like the Quavo and Offset he also wears the permanent tattoos on his face. Takeoff has some permanent tattoos on his face and his body. Let us explore all of them and try to understand the meanings behind them. 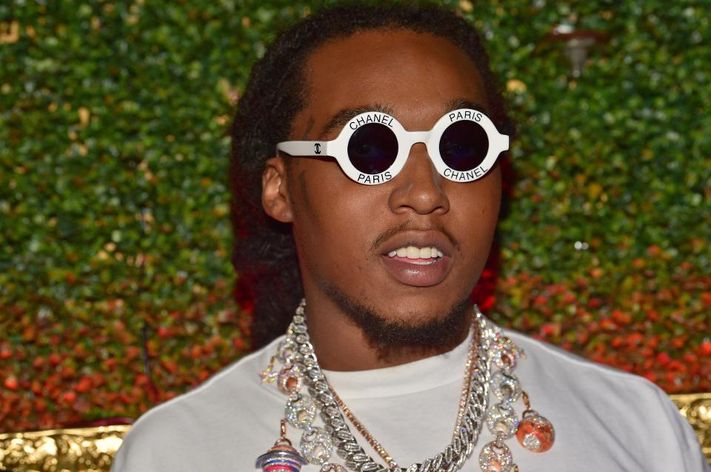 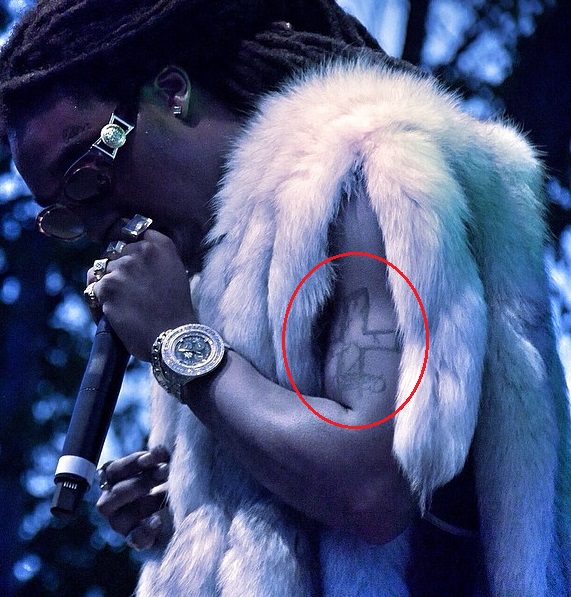 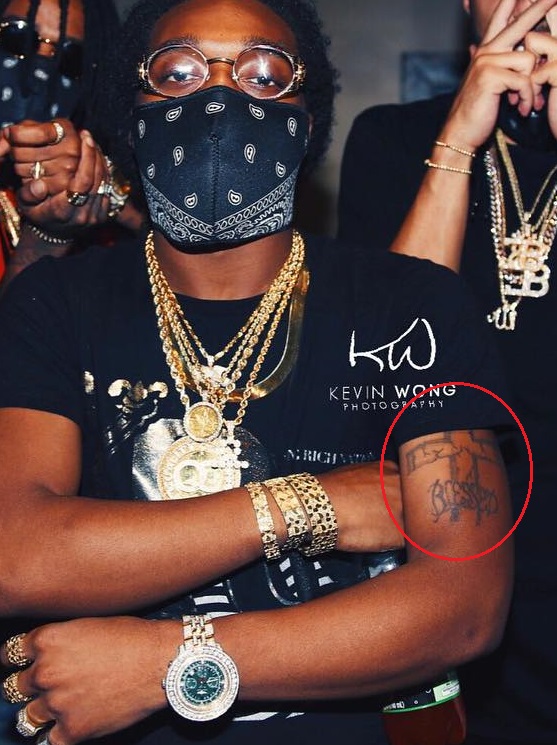 Tattoo: On the front side of Takeoff’s left bicep lies a cross tattoo which also carries the word, ‘BLESSED’ engraved on its base.

Meaning:  Cross ink is the clear symbol of Takeoff’s religious values and beliefs. A blessed cross is a hand cross which the priest of the church carries and uses during Benediction i.e while praying for seeking God’s blessings. 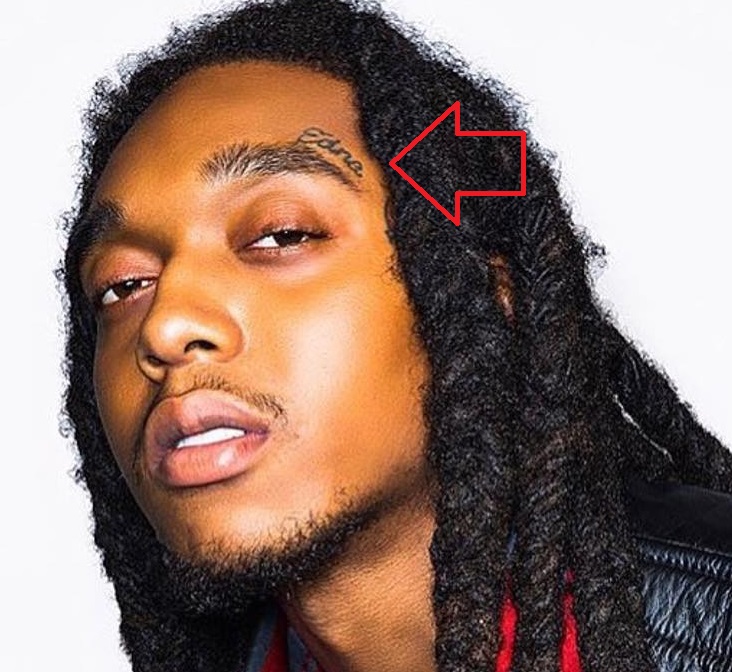 Tattoo: The upper part of Takeoff’s left eyebrow is tattooed with the word, ‘Edna’.

Meaning: Edna ( Edna Marshall) is Takeoff’s grandmother and his uncle, Quavo’s mother. She passed away on March 30, 2019, at the age of 82. Takeoff shared a very close relationship with her. 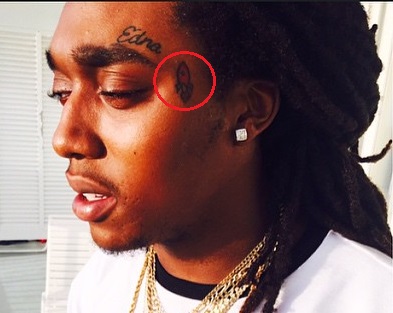 Tattoo: On the left side of Takeoff’s face there lies a tattoo of a space shuttle rocket. The tattoo can be seen in red ink whereas the flames are shown in yellow ink.

Meaning: According to a source, it has been found out that  Takeoff has a keen love for outer space, and all elements that are part of it, be it the beauty of spinning planets or the sparkling stars. This rocket ship tells us about Takeoff’s love for exploration in life. 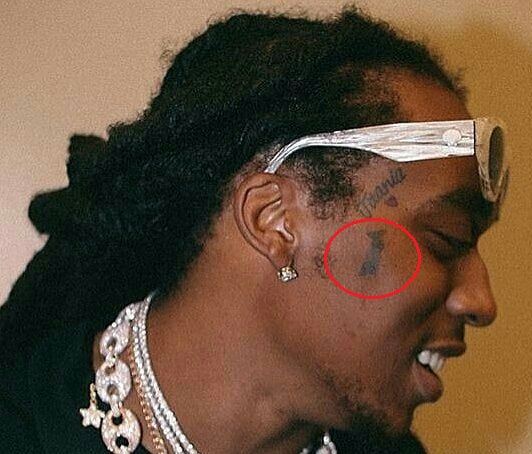 Tattoo: As we already know how close a relationship Takeoff shares with Offset, his uncle. This tattoo is another dedication of his love for Offset and his family. He has got the tattoo of Offset’s daughter’s name, Kulture, inked on the right side of his face.

5. Jitania With A Heart On His Face 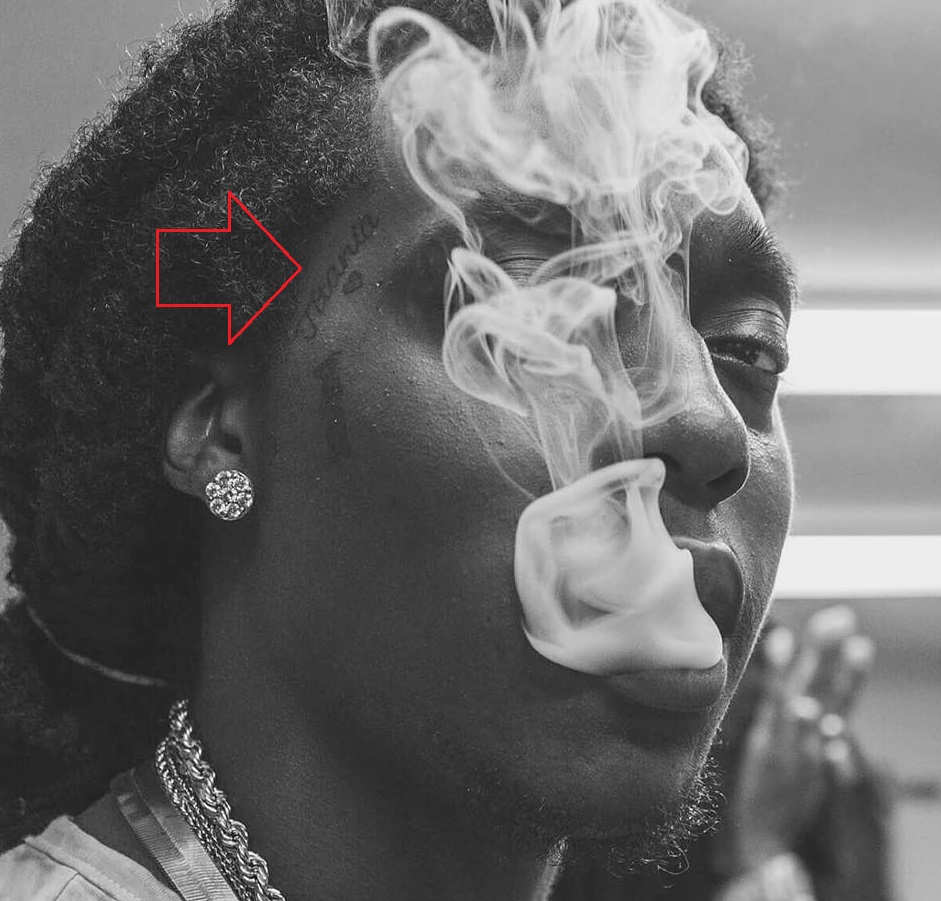 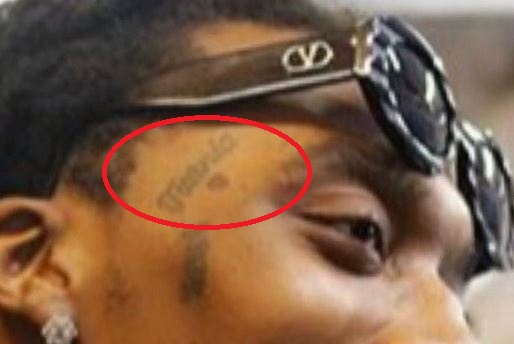 Tattoo: Over the right side of Takeoff’s eyebrow there lies a word tattoo which is difficult to make out followed by red heart inked right under it.