Brandon Tyrone Marshall is the former American football wide receiver. Currently working as an American sports television personality, Brandon has got multiple tattoos on his body. Brandon has played 13 seasons in the National Football League. He says that the memories and important moments of life cannot be locked in pictures and thus, he loves to get them inked. Let us see what special tattoos he has got on his body. 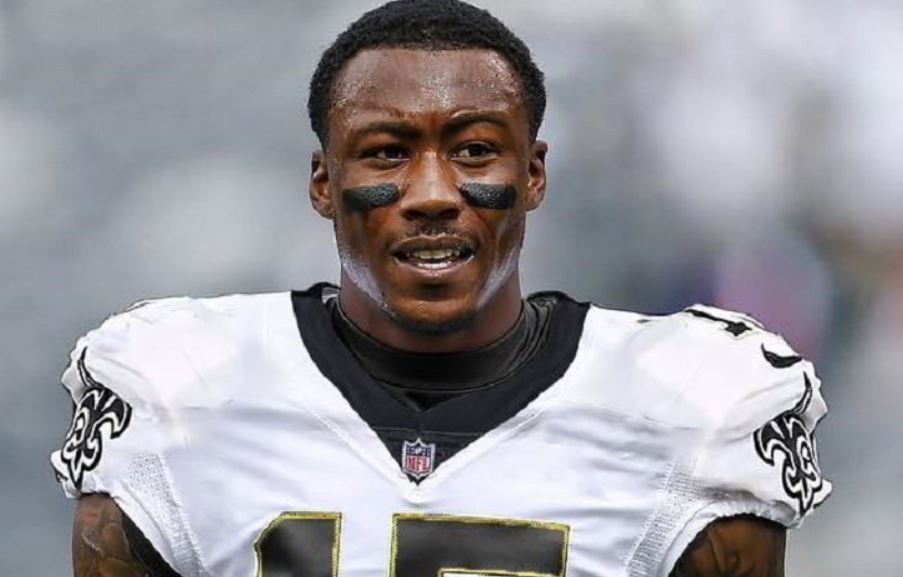 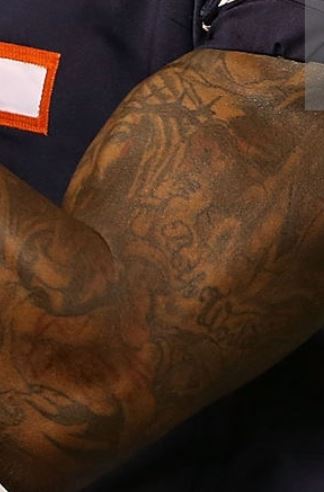 Tattoo: On his upper right arm, Brandon has got the tattoo that represents ‘Both the Worlds’ i.e. The good against the evil.

Meaning: The tattoo is the representation of two sides of the world and thus, two personalities of every individual i.e. the good and the bad. It also depicts the moral conflict that the world faces in terms of religion, education, literature, etc. 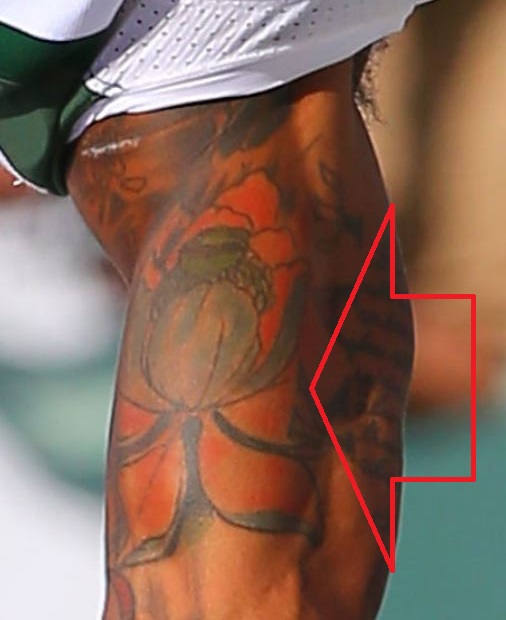 Tattoo: On his upper right arm, there is a big flower tattoo inked in shades of orange and green. The flower in the tattoo is a lotus flower which is the signal that the wearer is willing to start a fresh by improving their habits. 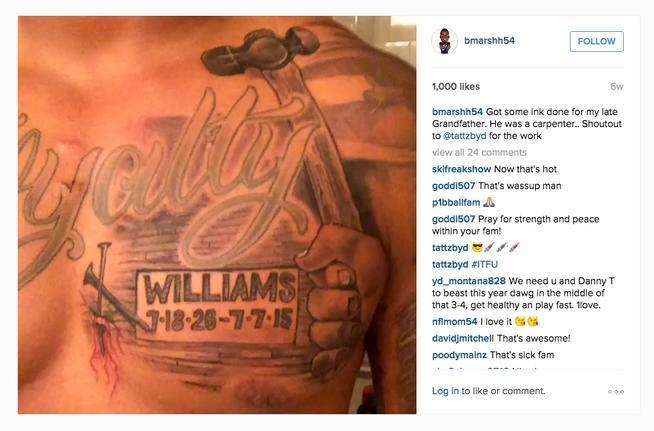 Meaning: Brandon got this tattoo as a tribute to his late grandfather. He shared a very close bond with his granddad and a major father figure in his life.

“I always considered him the rock of our family,” Marshall said. “He was the major father figure in my life. His home was everybody’s safe house. You could get a good meal, good conversation, watch sports. Talking to him, it would just take my mind off a lot of things.”

5. Crown with a Cross Tattoo 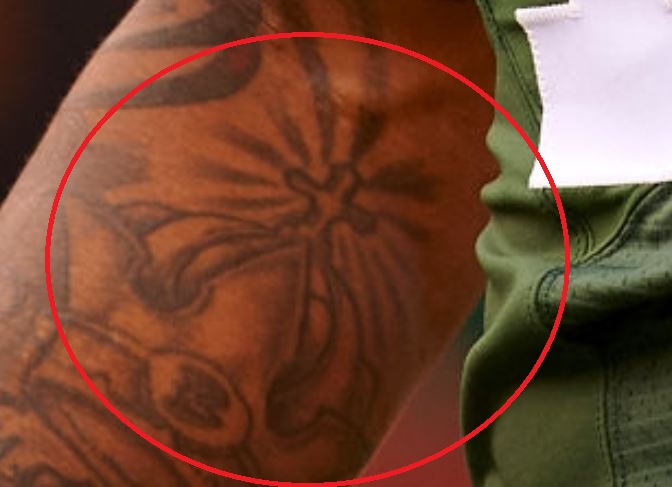 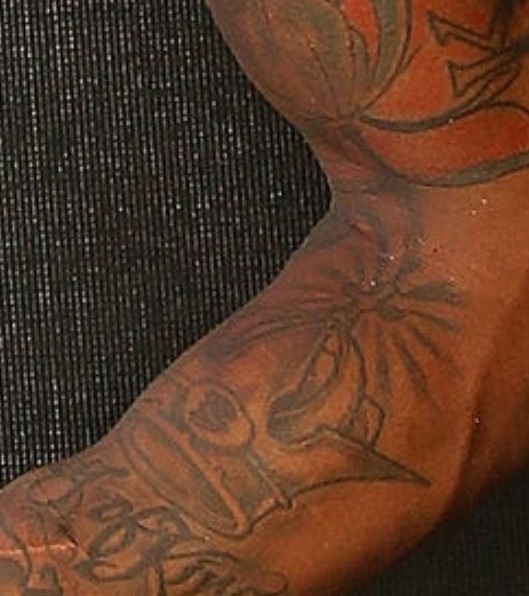 Tattoo: On his inner right forearm, Brandon has a crown inked along with a small cross tattooed on its top. We can also see the letter ‘B’ inked on the top front of the crwon.

Meaning: Crown with a cross is the symbol of Brandon’s faith in Christianity and thus, a tribute to the sacrifices made by Jesus for humanity. 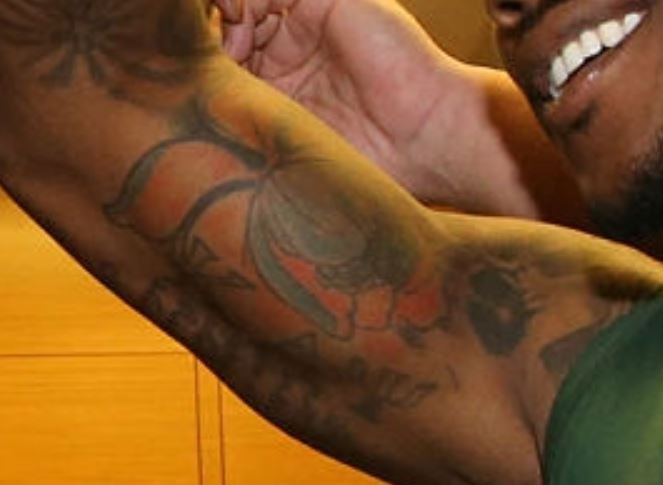 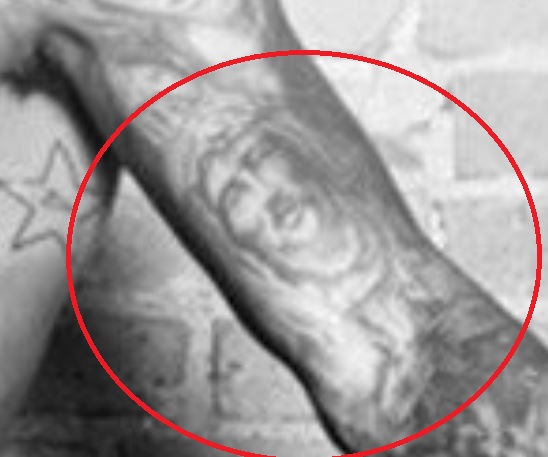 Tattoo: Brandon also has a portrait of Jesus Christ inked on his upper left arm.

Meaning: Portrait of Jesus on Brandon’s body tells us about his religious beliefs i.e. Christanity. 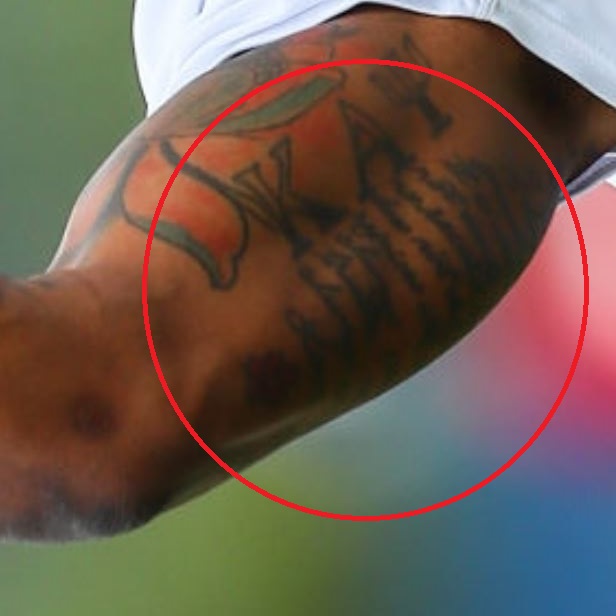 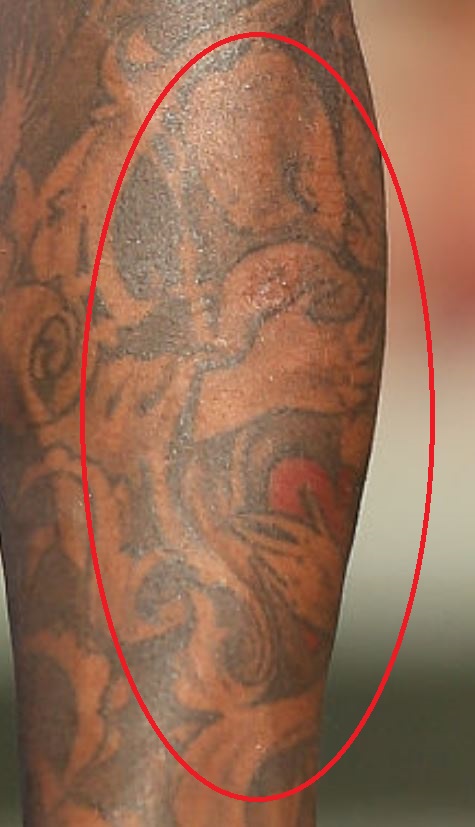 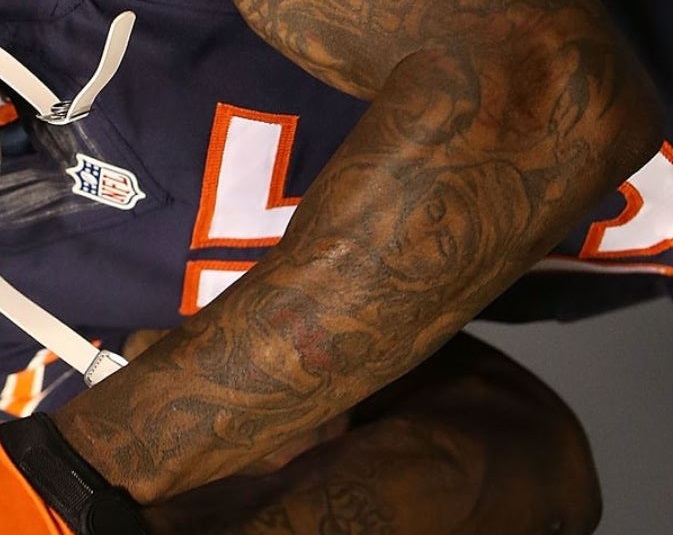 Tattoo: Brandon’s left forearm is covered with a pictorial representation of a lady who is seen embracing a child in her arms. 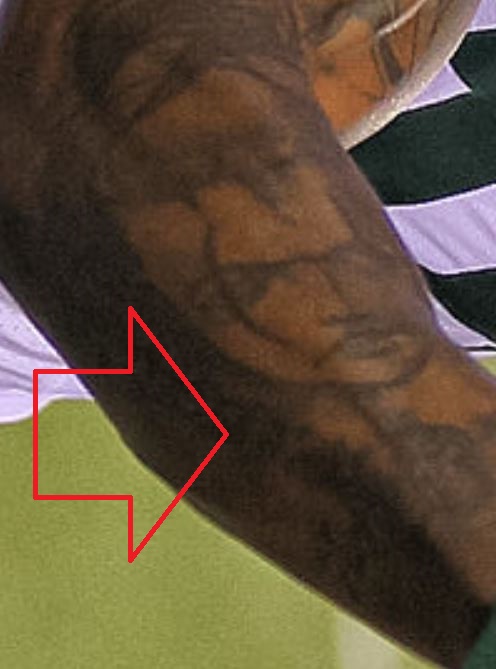 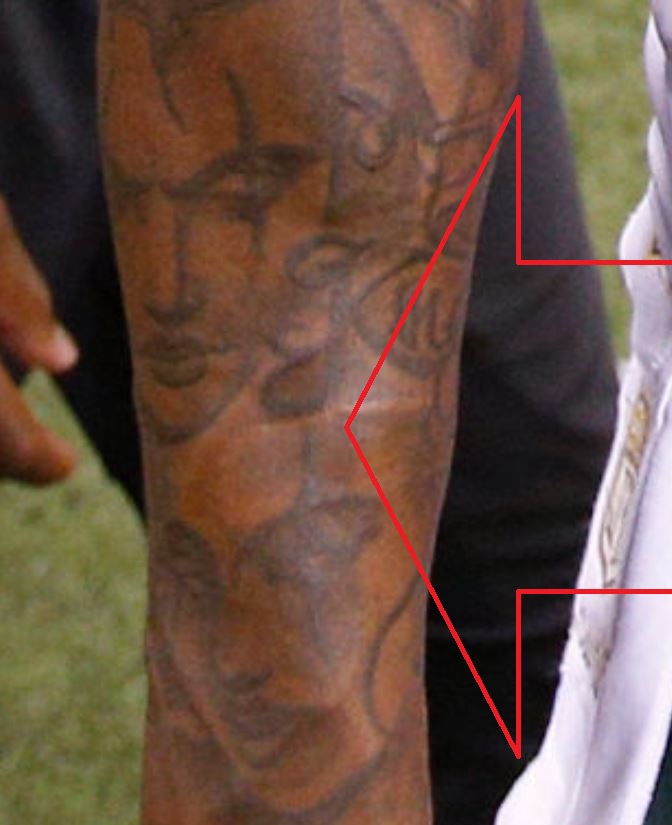 Tattoo: There is a huge tattoo presentation on Brandon’s body that includes masks including a sad, angry, and also a happy face. 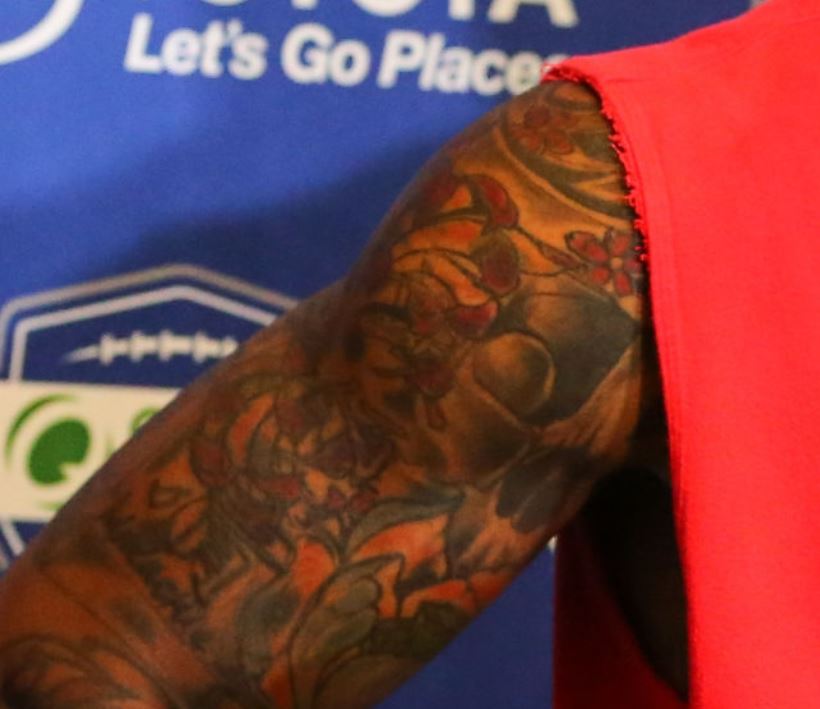 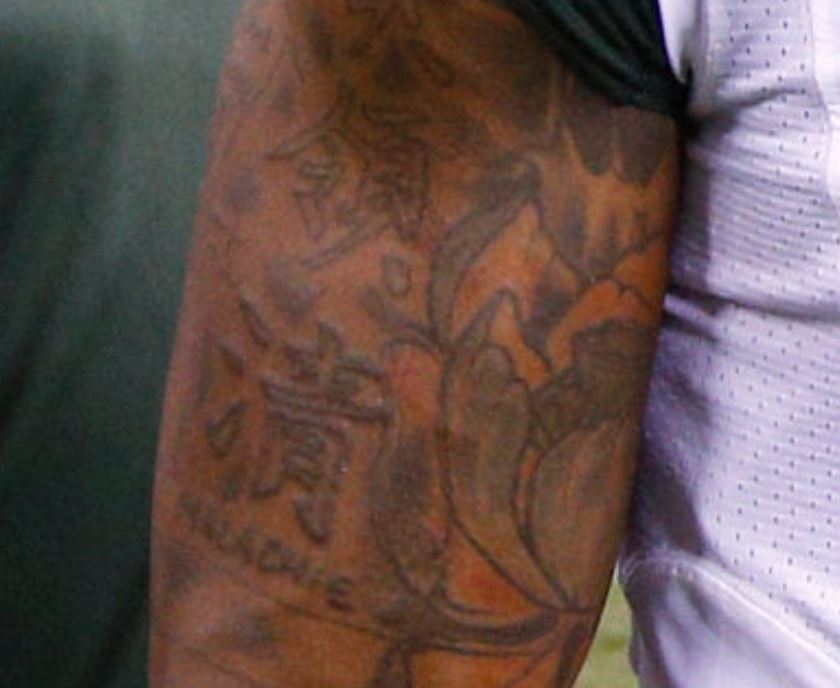 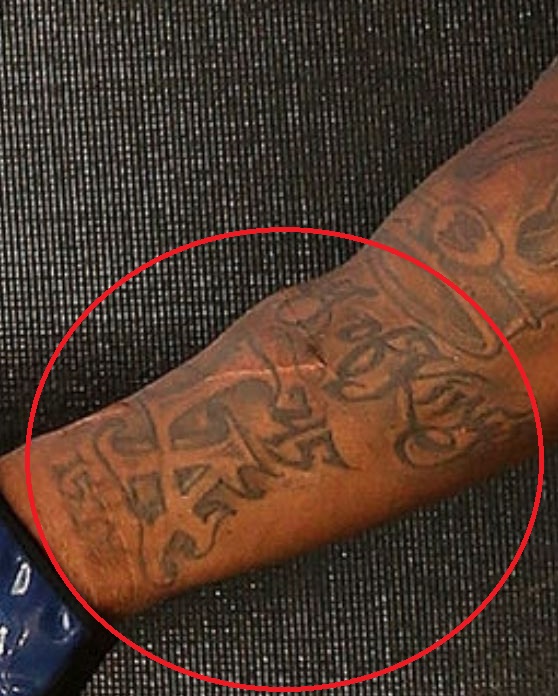 Tattoo: ‘LA’ along with number 45 is tattooed on Brandon’s right wrist. 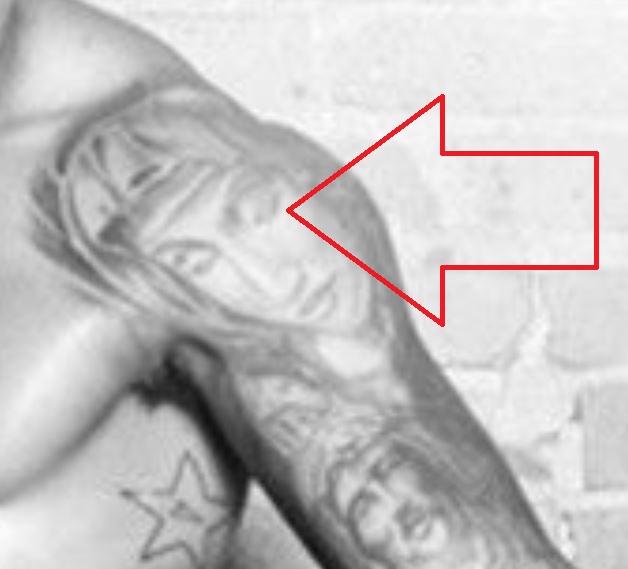 Tattoo: Brandon has got the portrait of his mother, Diane Bolden tattooed on his left shoulder. 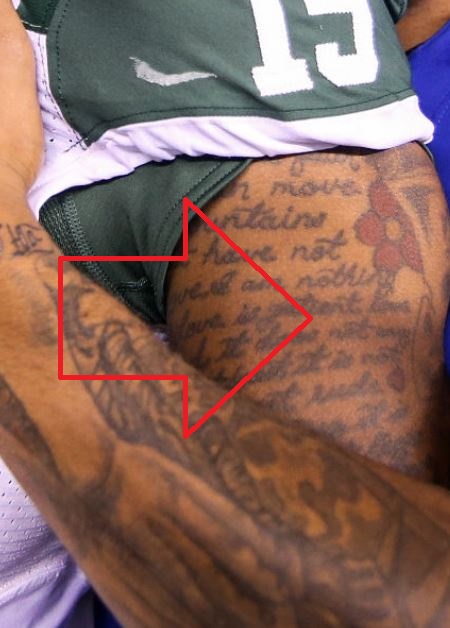 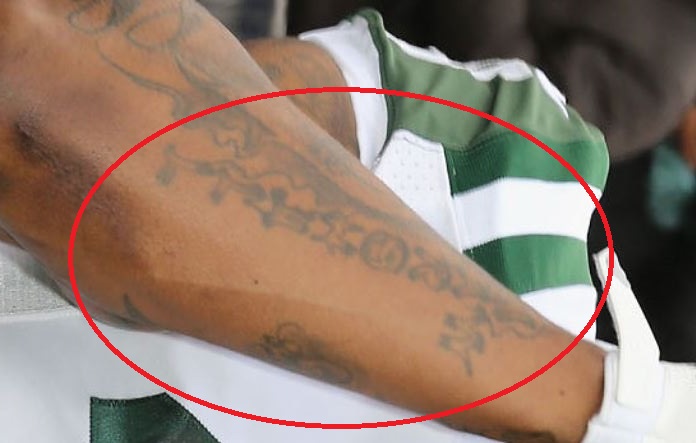 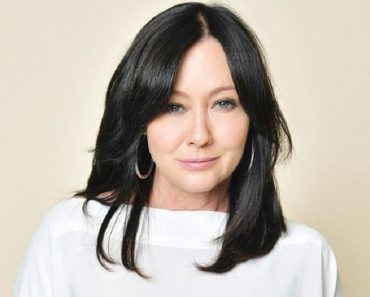