The Runes are ancient alphabets originating much earlier than our modern written language. Through combining and applying runes to jewelry and tattoos, these intriguing symbols have come to give us more than just divination power. You may not completely understand the runic symbols in a tattoo, which makes tattooing even more confusing. Be sure to choose a tattoo with meaning that speaks to you and have your tattoo artist understand the process of Runic tattoos for a wonderfully memorable end result.

The Runic tattoo is considered one of the most powerful symbols in the world. As a traditional tattoo, runs are considered a symbolic representation of the human form, though they can be adorned with embellishments as well.  Considering that both our thoughts and symbols create our reality, this raises some interesting questions regarding the power each of them has.

Can a rune tattoo that you think about often enough that you believe it means something meaningful to you ultimately influence the life you live?  Having this question in mind causes me to consider which of these symbols or specific combinations will provide you with the greatest rewards in shaping the reality you create for yourself. 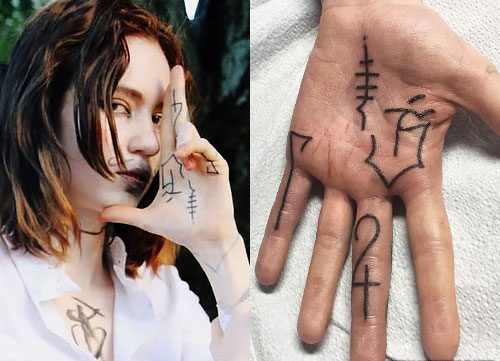 A portrait of Grimes captioned “Spells for Elves”, was taken in March 2017 with a series of symbols hand pierced into her left palm by artist Grace Neutral.

In alchemy, the symbol for Jupiter (♃), the planet associated with learning and thinking, appears on her index finger.

There have been no other symbols identified, and it is possible that the other designs are custom. The creation of magic sigils comes from combining the alphabet letters to create unique decorations.

A line running through the center of her palm recalls the letter E in the old Irish Ogham alphabet, but it is not bent at the bottom as the letter E. 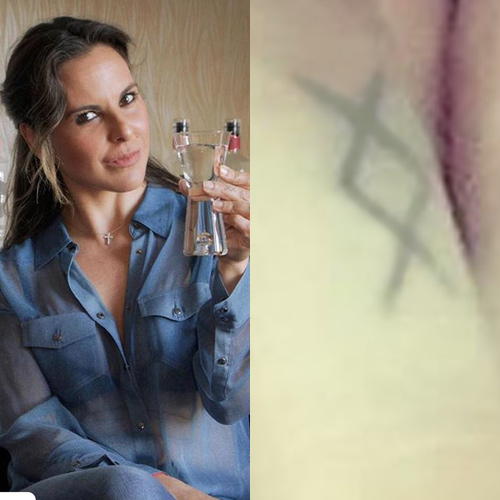 In the middle finger of her left hand, Kate Del Castillo has a tattoo of a rune. It is an alphabet consisting of a set of related letters known as runic alphabets, which were originally used to write various Germanic languages before the Latin alphabet was adopted.

Yngvi, the ancient God of fertility and creative action, can be written as two different symbols: ᛜ or ᛝ and is the Ingwaz symbol of “the god Yngvi”. In the shape of Ingwaz, we see that this potent potential is internalized, concentrated, and introverted as it consists of seeds containing all the elements necessary for life to grow whole and organized. The real potential of Ingwaz, however, will only be realized when it hatches.

We reach the point in our lives, when each of our four selves is, for the moment, in perfect sync, at Ingwaz, when we are already in balance with each other. The physical state of our bodies is one of maximum efficiency, perfect for the times we live in.

In terms of our emotional state, as well as our mental one, we are in good health. In other words, the lessons we learn along the way are better able to bear fruit in our spirits. 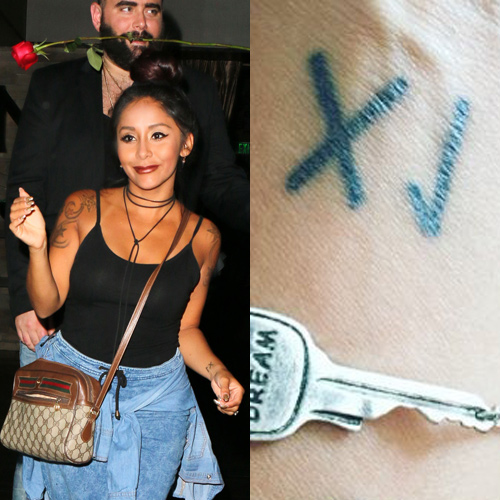 The left wrist of Snooki is adorned with two runes. For her two children Lorenzo and Giovanna, the runes laguz and gebo represent the letters L and G respectively.

“I always see moms with initials of their kids on their wrist, or something meaningful. So I wanted to do that.”

The tattooed runes indicate her intention to have two more children in the future, and she took this into account when she planned the design. 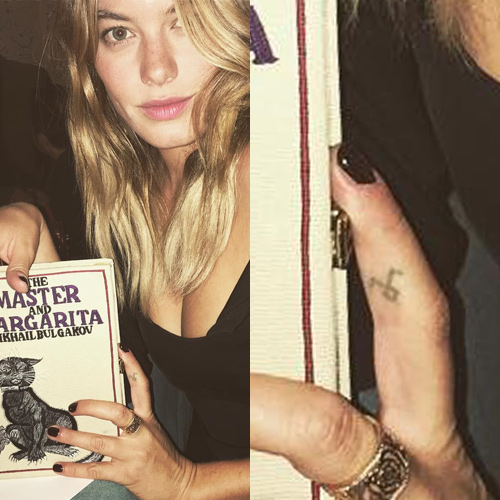 Camille Rowe has a tiny tattoo inked on her left index finger that depicts a symbol. The Shadowhunters’ rune logo is from the novels and television series. 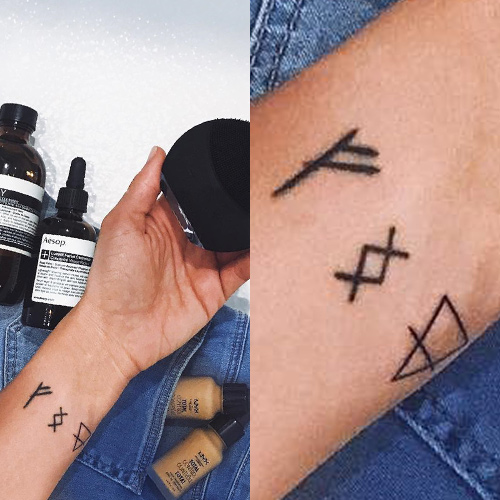 Inked on Maya Ahmad’s left wrist are three alphabetic letters in the Rune alphabet:
ᚠ (Fehu) – the symbol of wealth and abundance
ᛝ (Ingwaz) – the symbol for fertility

– and the Earth symbol. 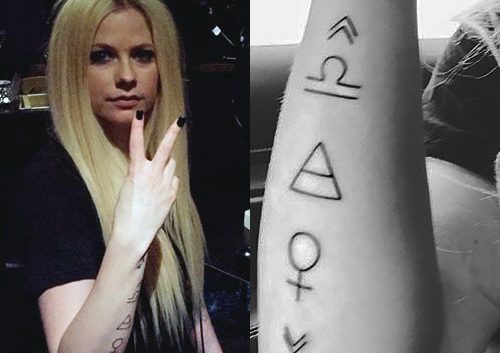 Avril Lavigne has officially lived past her days of tiny tattoos. It took her a whole forearm to tattoo astrological symbols which she did in October 2017. Here are the symbols:

The three symbols represent Avril’s birthday on the 27th of September – Libra is her star sign, the air is the element associated with Libra, and Venus is the planet ruling Libra.

In addition to being a symbol for women, Venus is also traditionally associated with women, but that does not seem to be why Avril chose it.

In some languages, the double chevrons « » are called guillemets and are used as quotation marks. These symbols also found their way to tattoo culture with the alleged meaning of “create your own reality.” While it is claimed that this originated as a Viking symbol, there is no documentation to back this up. We believe Avril is simply quoting the symbols to reinforce the meaning of the rest of the symbols. 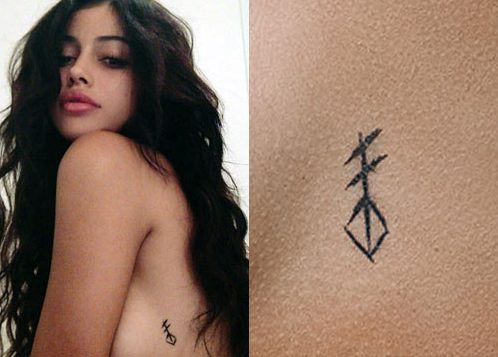 On the left side of Cindy Kimberly’s ribcage, she has a small rune symbol tattooed. 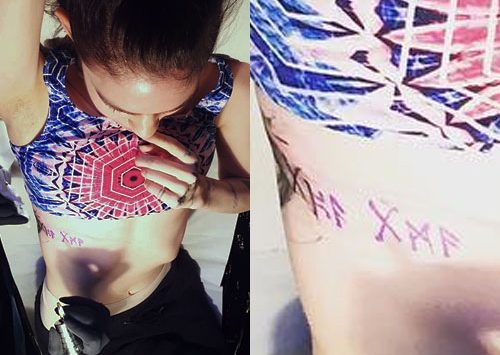 She got a tattoo from an artist named Delphine Noiztoy on the right side of her ribcage in November 2016. In the parts that are visible, we can see the runes “ᚷᛈᚫ  ᚷᛗᚫ”  used to represent the letters “gpa gma.”. 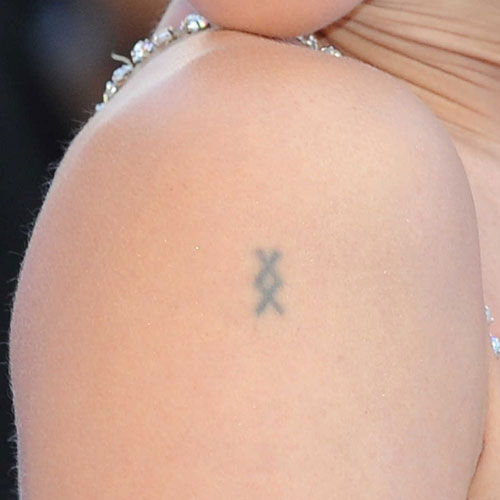 There is a tattoo of “XX” on the right shoulder of Elsa Pataky. 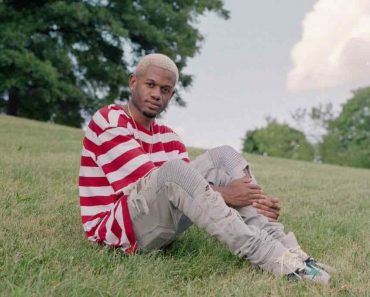 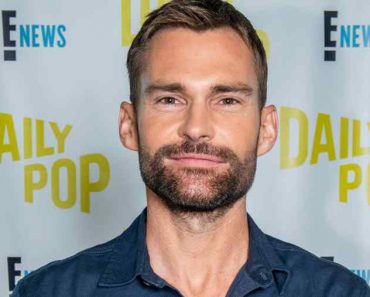