Dominic Haakon Myrtved Purcell is a well-known British-Australian actor. He is most recognized for his roles as Lincoln Burrows in Fox’s Prison Break, Mick Rory / Heat Wave in The C.W.’s The Flash, Legends of Tomorrow, Drake / Dracula in Blade: Trinity, etc. Many of us would know how severely he was injured in 2016 when a misplaced iron rod used in the Prison Break season 5 set piece fell on his head. It was a nightmare for all of us. However, he recovered well and came back stronger. Talking about his body, Dominic has got some interesting tattoos that feature his fit body. This article gives an insight into each piece that covers his body from top to bottom. 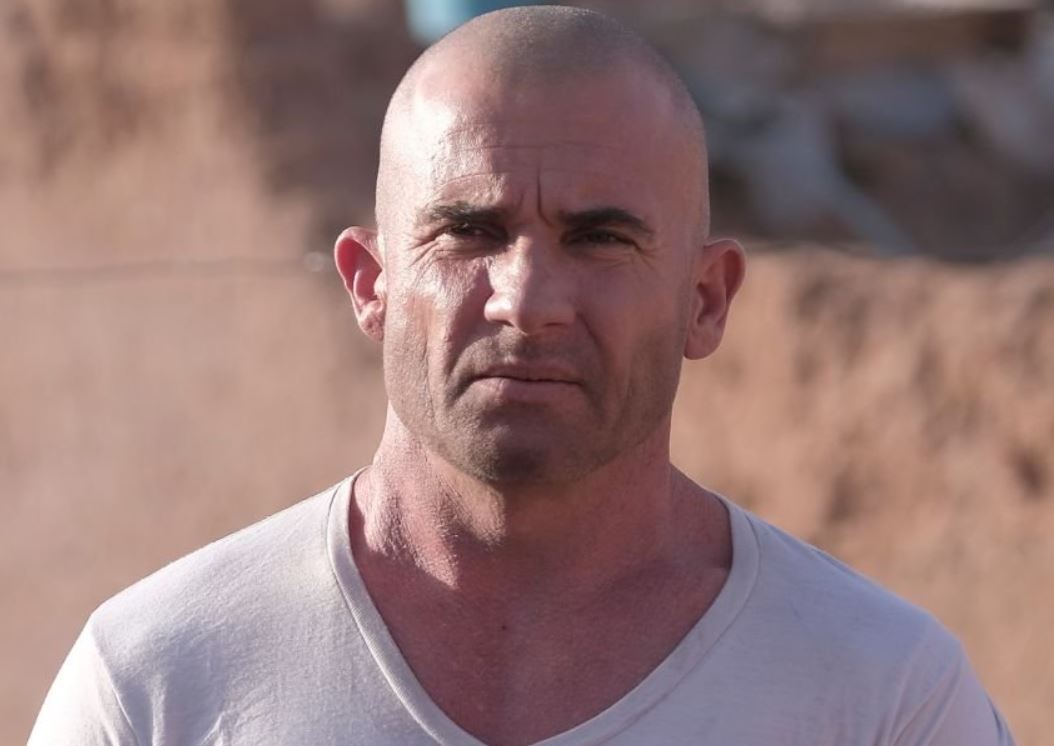 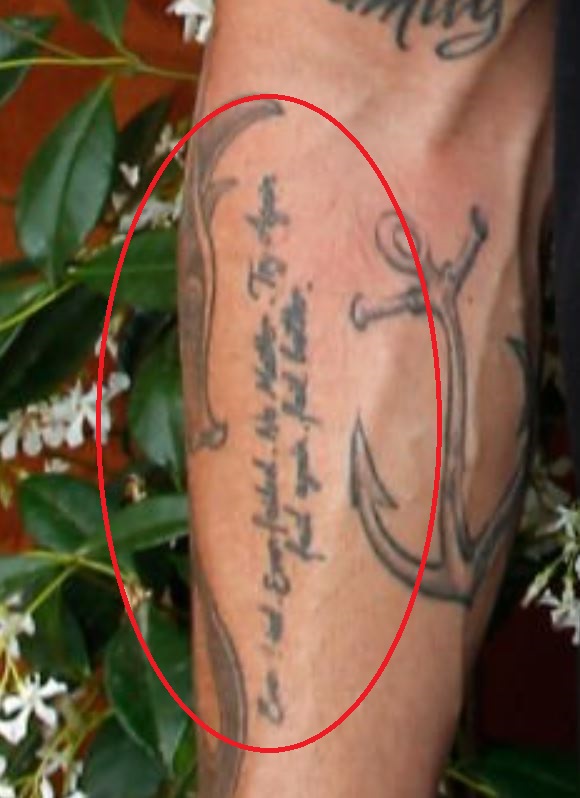 Tattoo: “Ever tried. Ever failed. No matter. Try again. Fail again. Fail better.” On his right forearm, there is a tattoo of this line.

This tattoo is inspired by a famous quote named “Fail Better” by the famous Irish novelist Samuel Beckett, which Dominic has tattooed on his bicep. It expresses the essential idea that we may choose our relationship with failure rather than constantly being negatively influenced by the threat of failure. It is always better to keep trying, know our capabilities, and do the best until we achieve the best. 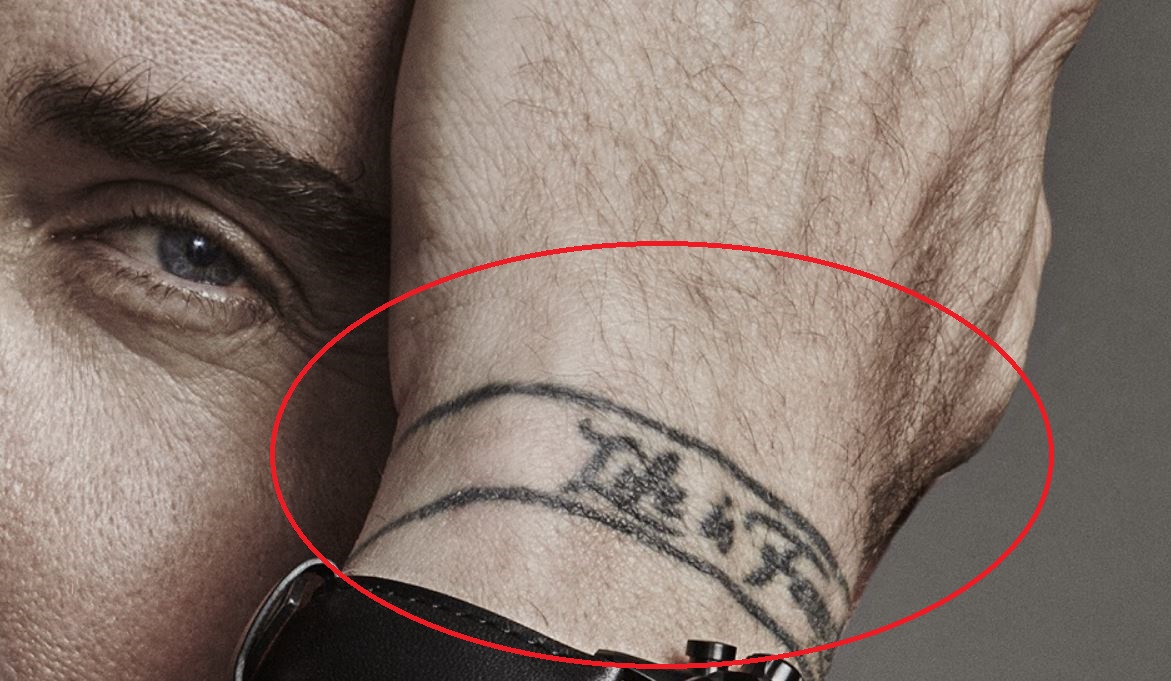 Tattoo: On his left wrist, Dominic has got a tattoo wrapped around his left hand that says, ‘Life is Forever.’ 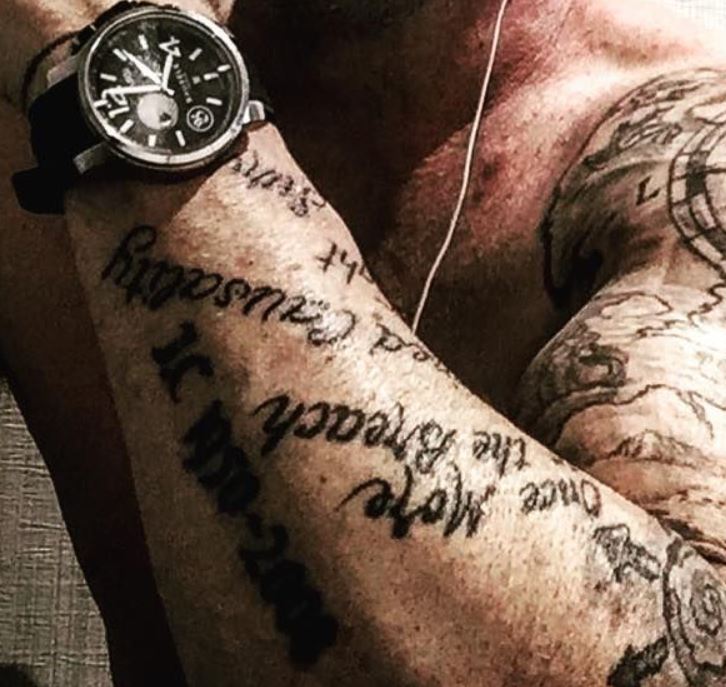 Tattoo: On his left forearm, Dominic has got some more lines tattooed that can be read as, ‘Once more unto the breach, dear friends, once more.’

The famous lines were first time used by King Henry to urge his warriors to make a quick and courageous attack on the walls of Harfleur (a group of people living together and sharing possessions in France) through the cracks.
“Once again unto the breach, my friends, once more is also part of Shakespeare’s Henry V’s second most famous speech, following Henry’s renowned Crispin’s Day address.

The lines directly mean “let us try one more time” or “try again.” 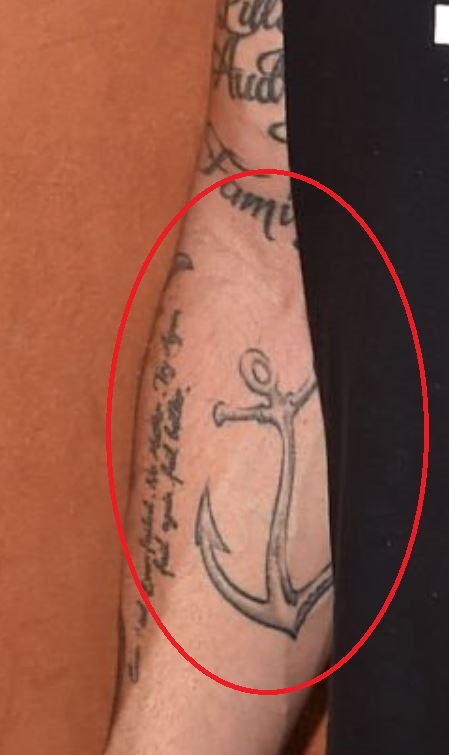 Tattoo: Next to the quote on his right forearm, Dominic has an anchor tattoo.

Meaning: Anchor is used to reflect multi-varied life circumstances. Many people get an anchor tattoo to remind them to be reliable, long-lasting, strong, and calm in difficult circumstances.
An anchor tattoo often represents peace, tranquility, power, determination, and desire. 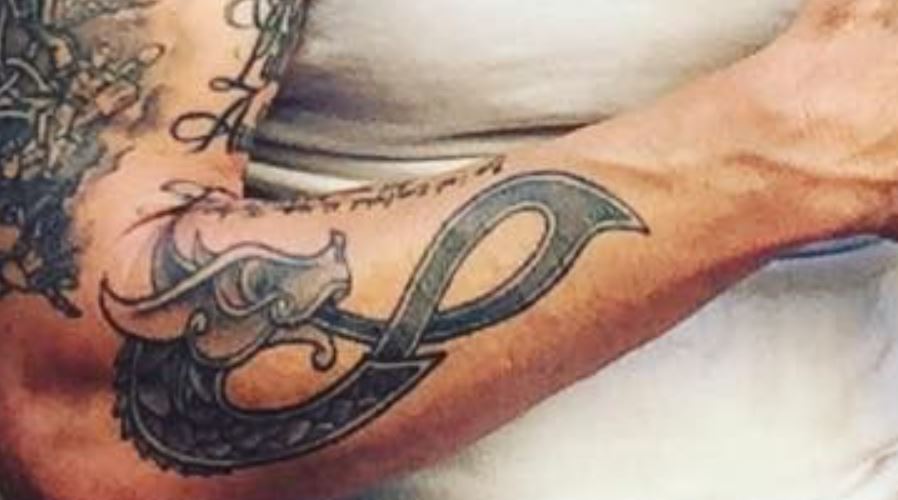 Tattoo: On Dominic’s right forearm, towards the outer side, there is a tattoo of what is commonly known as ‘infinity dragon.’

Meaning: The infinity dragon, also known as the ouroboros, is an iconic symbol of a snake or serpent devouring its own tail, which represents eternity and the endless cycle of Life, representing birth, death, and regeneration. It may be viewed as Life engulfing itself, where the past (tail) looks to liquefy but is actually moving inwardly/outwardly to a new reality – fading from view yet still alive.

Tattoo: On his inner right bicep, we can see a tattoo of love and dedication for someone who is no more in his life. It says, ‘Phil Myrtvedt 1944-2002’.

Meaning: This is Dominic’s expression of love for his late father. 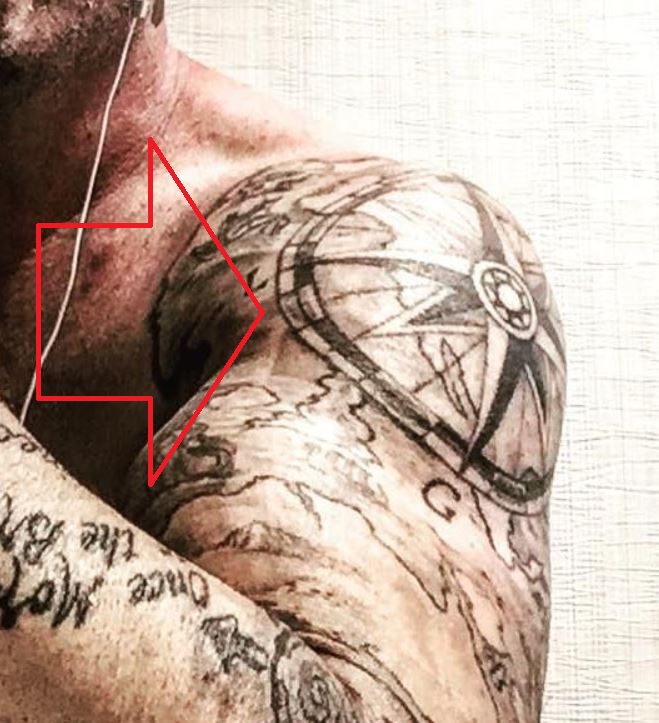 Meaning: Compass tattoos began as a popular ink option for fishermen and sailors who regarded them as the means to bring them good luck and safety on their journey.

Even now, the idea remains the same, but more people get them inked to reflect direction, guidance, and good luck for themselves. 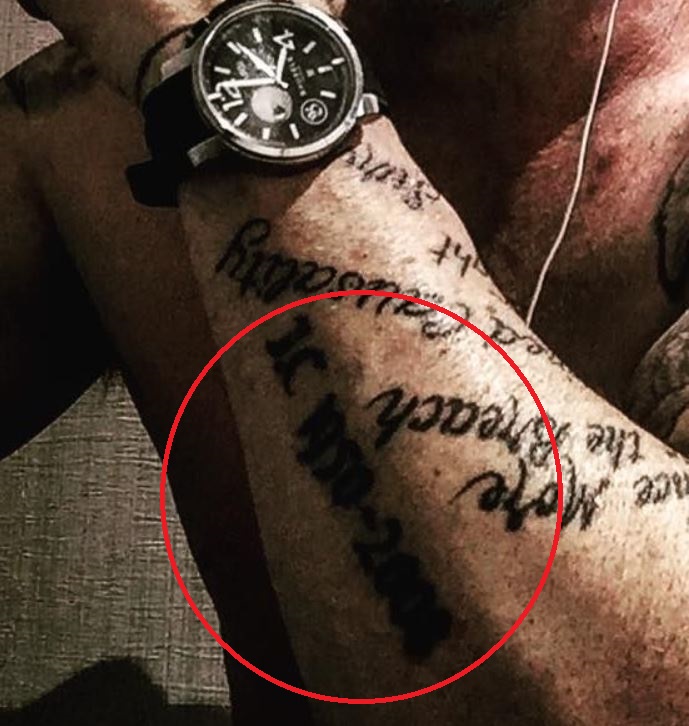 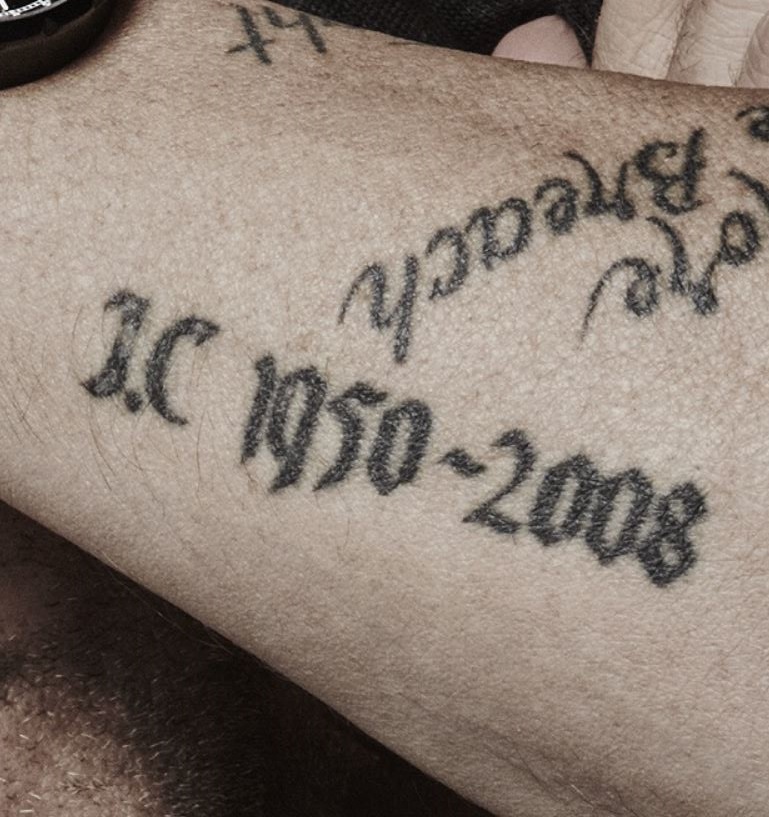 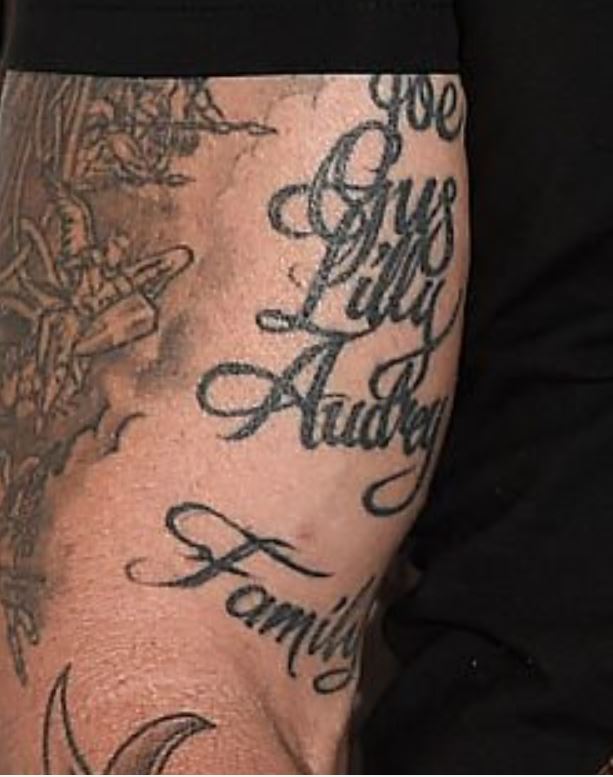 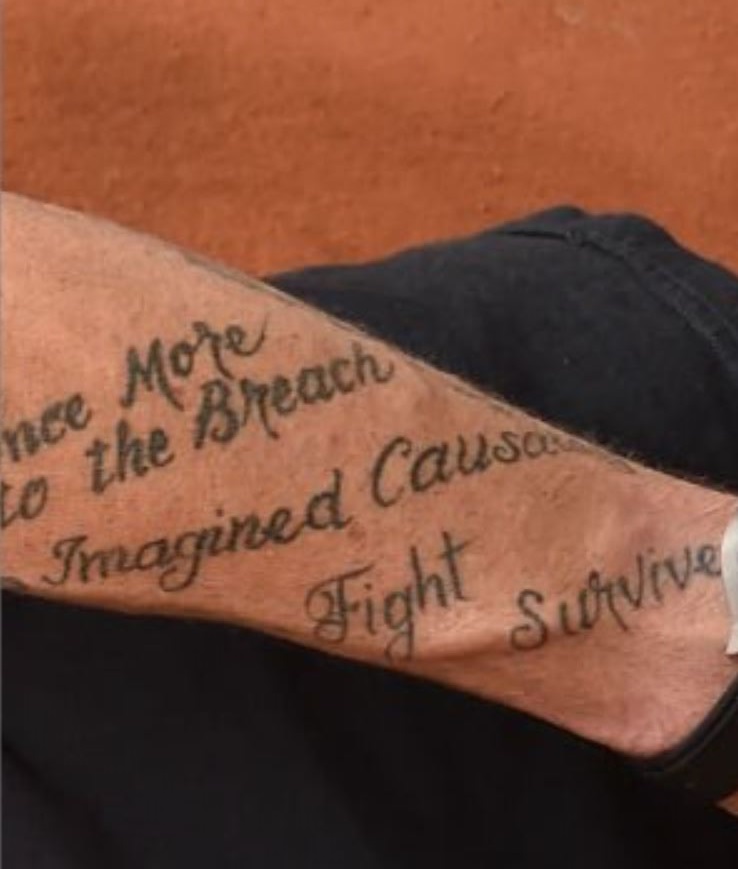 Tattoo: There are some more parts to his earlier writing tattoo on his left forearm that says’ need imagined casualty fight survive.’ 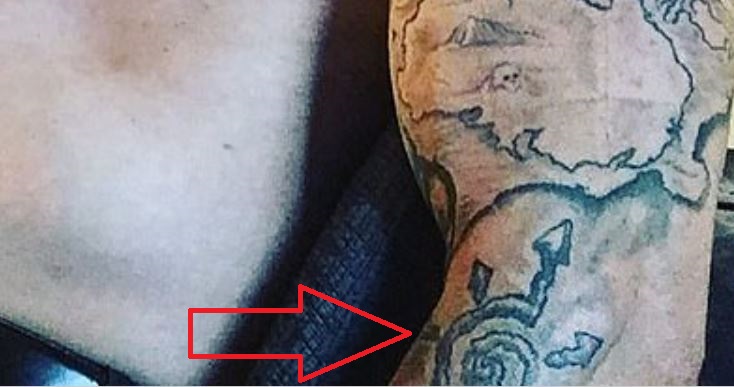 Tattoo: On his left forearm, a huge letter ‘G’ is tattooed with arrows pointing outwards in different directions. 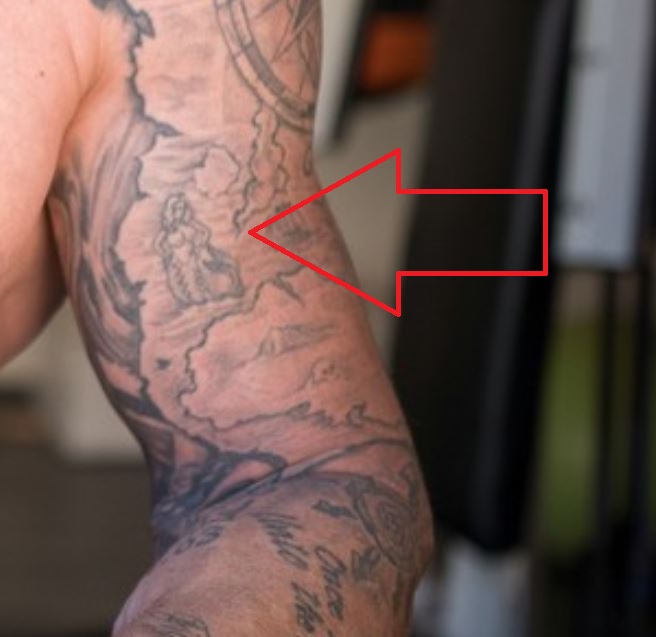 Tattoo: On the bottom of the map tattoo, there is a water river/ocean-like structure with a tiny mermaid inked on it.

Meaning: Mermaid might represent the character, instinct, birth/rebirth, and creativeness. She may also signify threat, temptation, and sexuality because she is frequently pictured seducing sailors, as per the old beliefs. Also, sometimes tattoo lovers get it specifically to represent their fantasies. 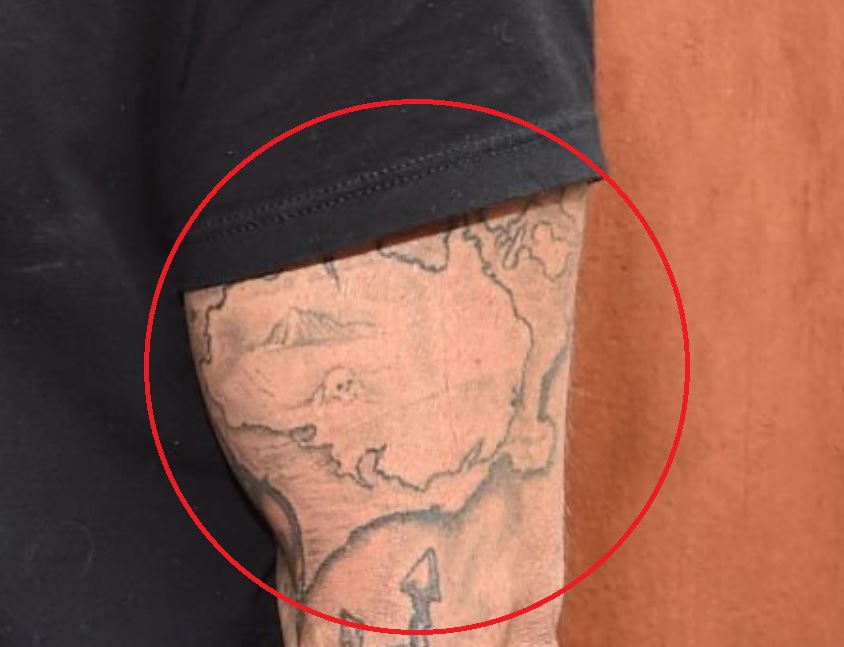 Tattoo: There is speculation that the map on Purcell’s left bicep reflects the World Map from World War 2. The map shows the field, giving the fundamental idea of what our land would have looked like with dead bodies, skeletons, and burnt buildings, and grounds all around. 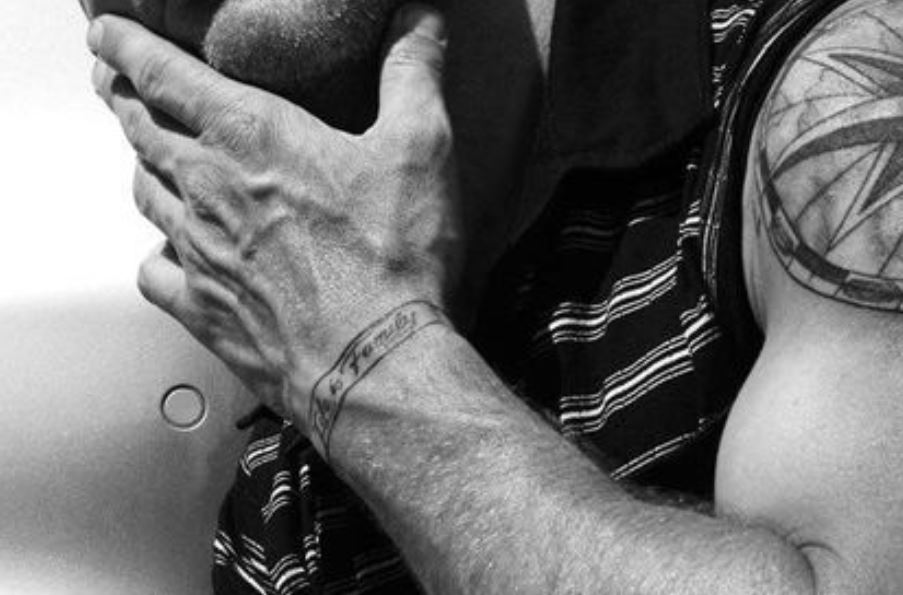