Lance Franklin, who is also famous by the name Buddy Franklin, is a professional Australian rules footballer who is currently part of the Australian Football League (AFL) and plays with the Sydney Swans. It has been said that he was part of the Hawthorn Football Club from 2005 until 2013. Considered the best forward of his generation and one of the greatest players of all time, Franklin has 995 goals to his credit. Besides his professional credibility and achievements, Lance has got multiple tattoos that cover his body. This article shall give you insight into his body designs and their menaings. 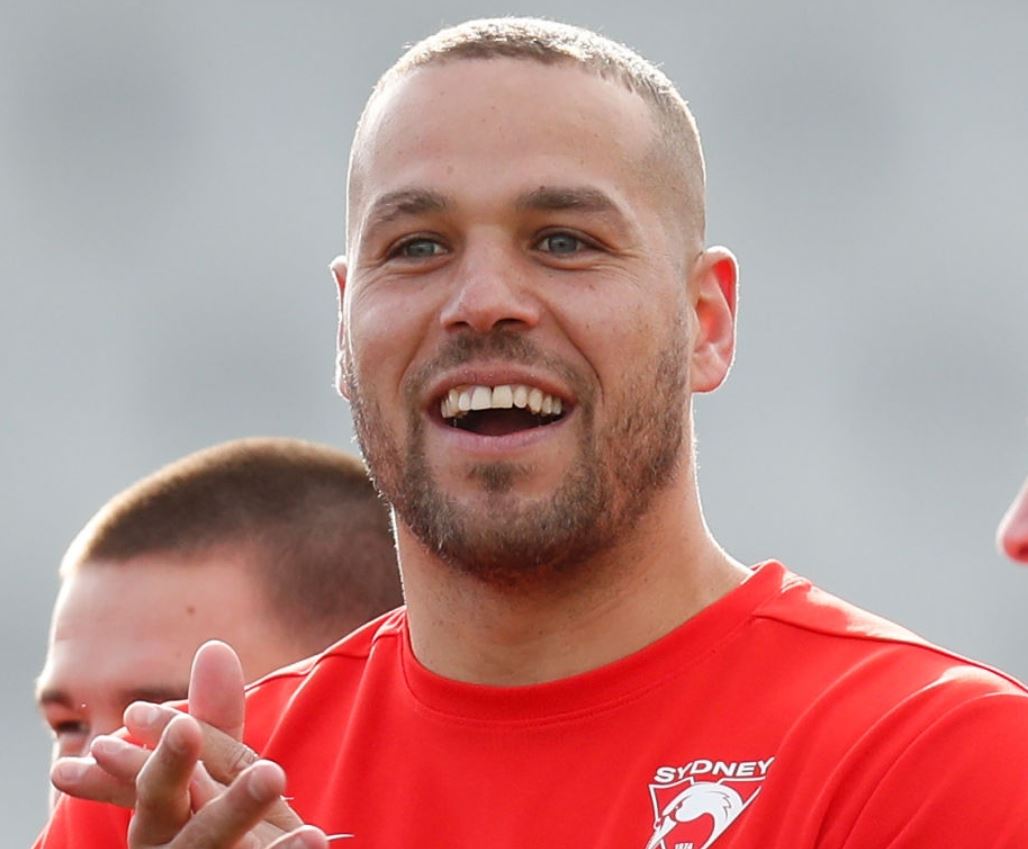 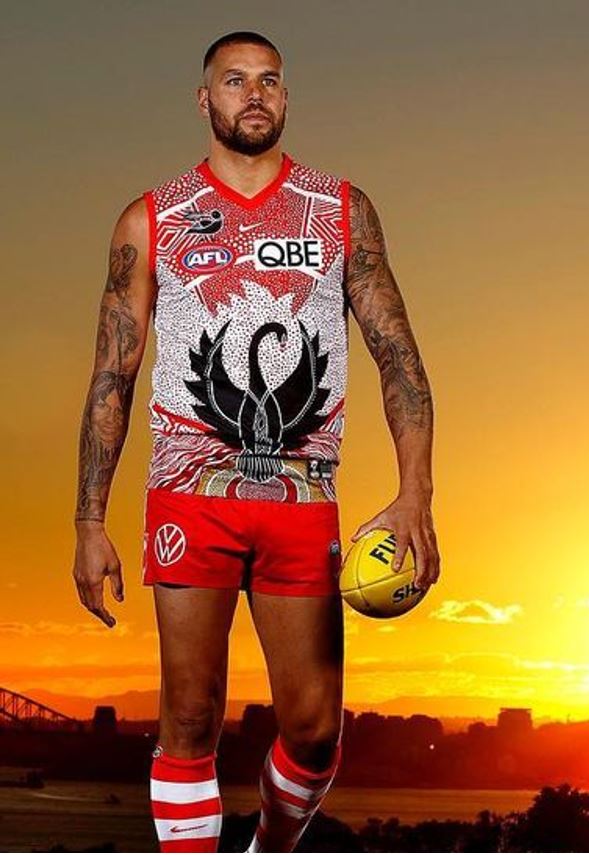 Tattoo: On the outer side of his right forearm, Lance has a tattoo of an eagle.

Meaning: As per multiple traditions, cultures, and mythologies, the eagle tattoo represents solidity, mastery, freedom, fortune, transparency, direction, spirituality, and the preacher of God. Eagle is believed to be the head of the family who is said to take our prayers to God and also acts as the opponent of evil.

Eagle is the sole representation of courage and determination. 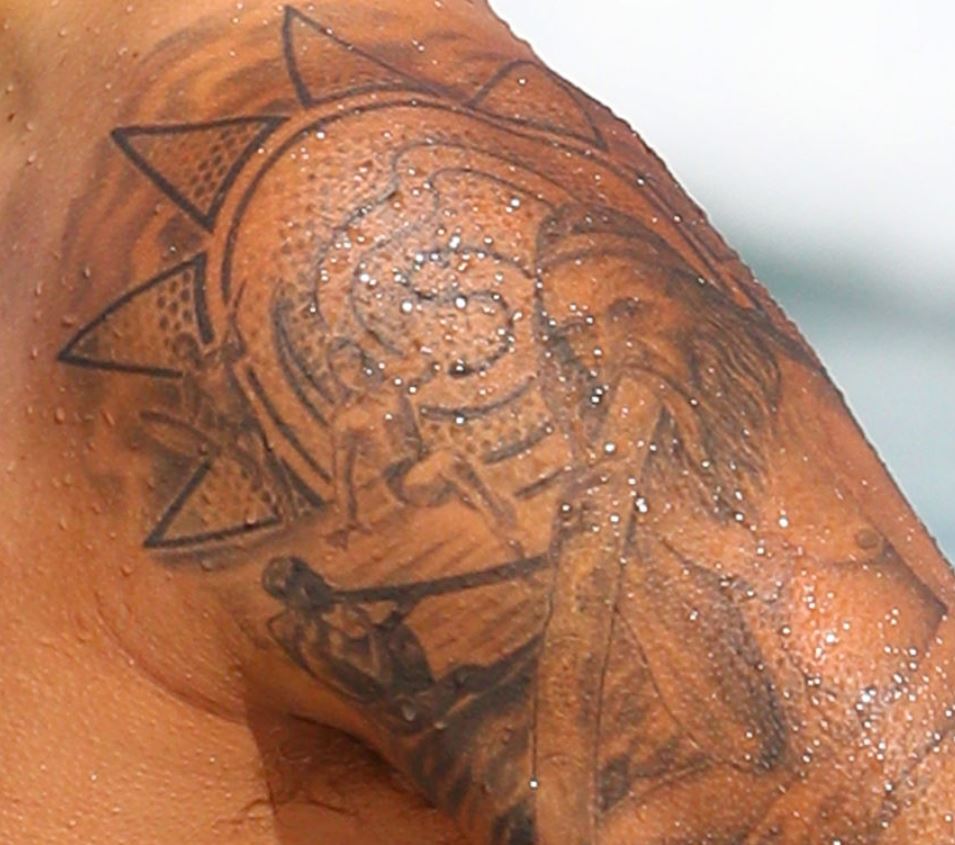 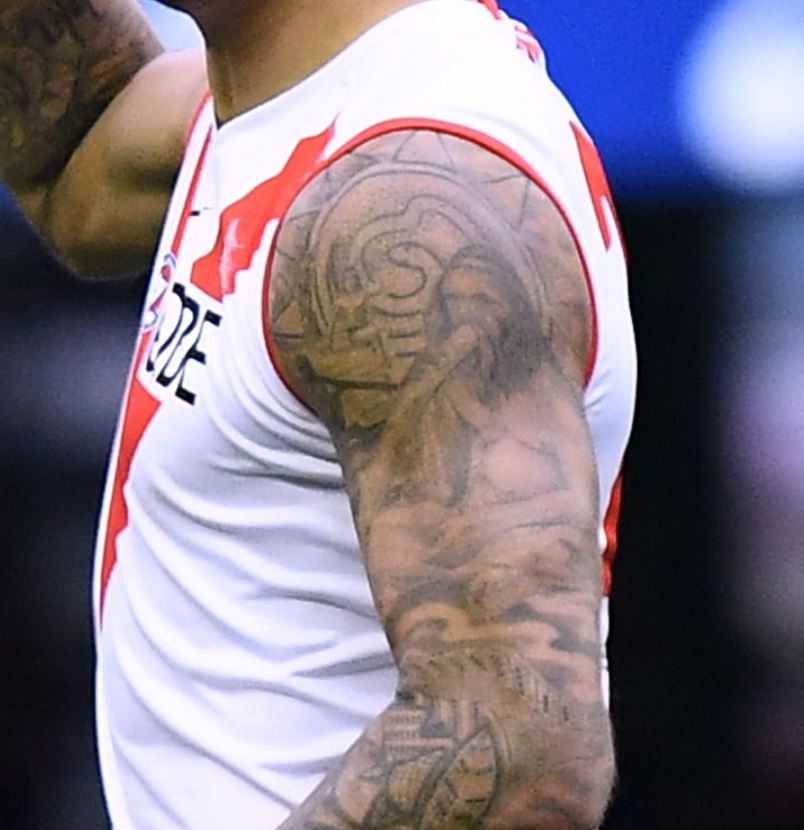 Tattoo: Covering his left arm is the tattoo of Australian-inspired motifs which includes the illustration of a dark guy who is sitting in the open and playing didgeridoo. Also, there is a tiny illustration of kangaroos running in the surroundings.

The didgeridoo is a wooden real Australian instrument that looks like a long pipe. A dark guy with white face paint is sitting in more like a forest environment and plays the didgeridoo. Harmony, individual, ethnicity, rendition, color, conduit, civilization, decoration are all depicted in this picture. It is the representation of an Australian Aboriginal man playing the didgeridoo thus, the relevance of didgeridoo since long times that was played as a complement to ceremonious dancing and singing and also for recreational purposes 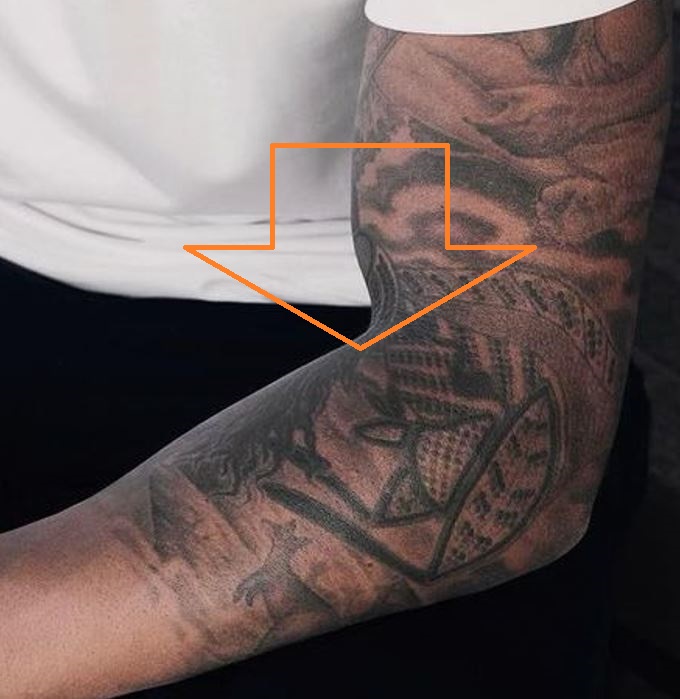 This is the extension of his left arm tattoo, showing the playing Kangaroos, an Australian aboriginal man along with swans, and various other motifs.

Kangaroos are the symbol of a proportional, powerful, and active nature and that is why most people get kangaroo tattoos. They symbolize harmony, soundness, intelligence, and calmness. Whereas the swans are the token of poise, grace, beauty, and peacefulness. 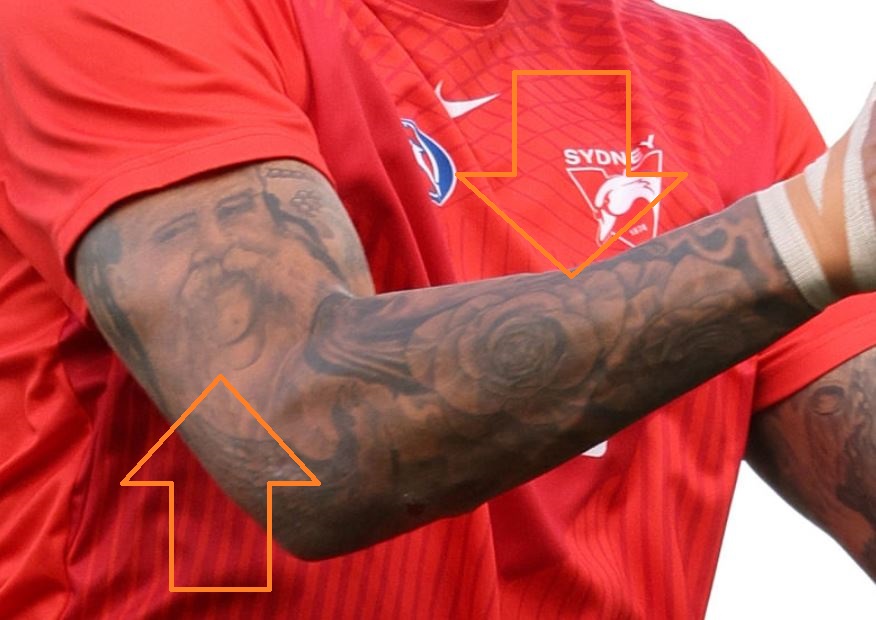 Tattoo: On his right forearm, there is a male portrait that represents the face of France’s father. The roses inked alongside show the love for his father. 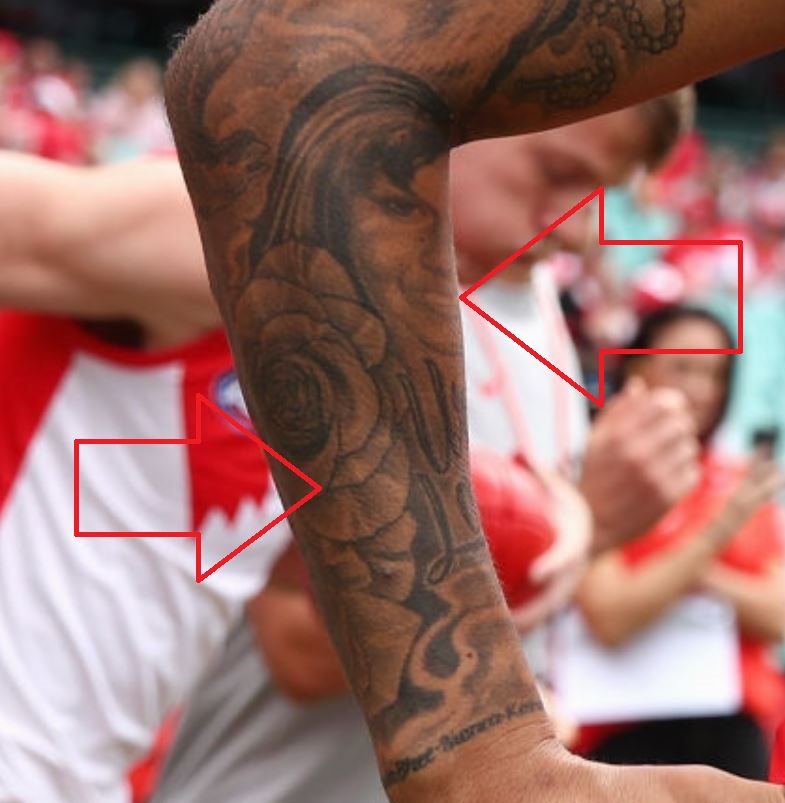 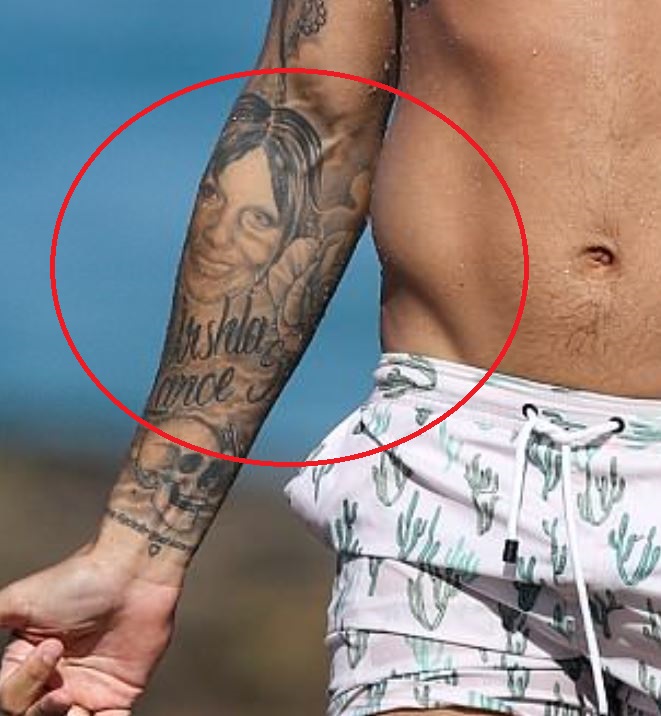 Meaning: The tattoo is a representation of his love for his mother. His mother’s name, Ursula Franklin is tattooed under the portrait. It is said that she is Aboriginal (Nyoongar). The roses inked on the surroundings show affection and deep love for his mother. 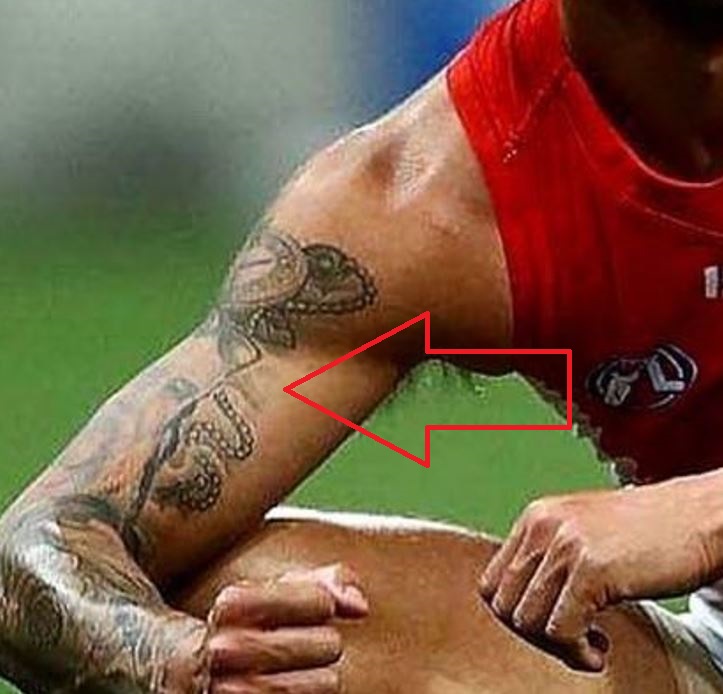 Tattoo: Surrounding his clock and rose tattoo is the rosary beads.

A crimson rose represents love. A rose and a rosary together express love and faithfulness. Rosary beads are the way to show your closeness to Virgin Mary as Rosary itself stands for Virgin Mary. People get rosary beads to represent their faith and devotion to Christian beliefs. 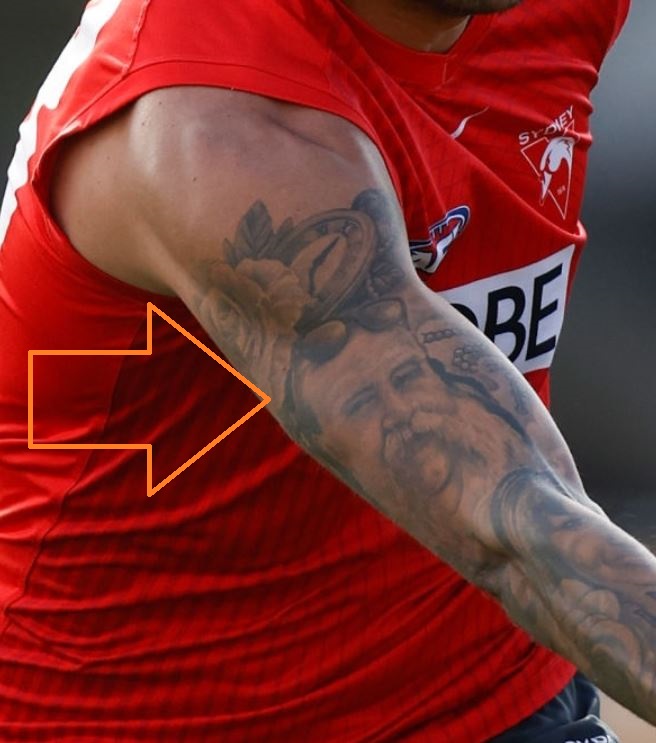 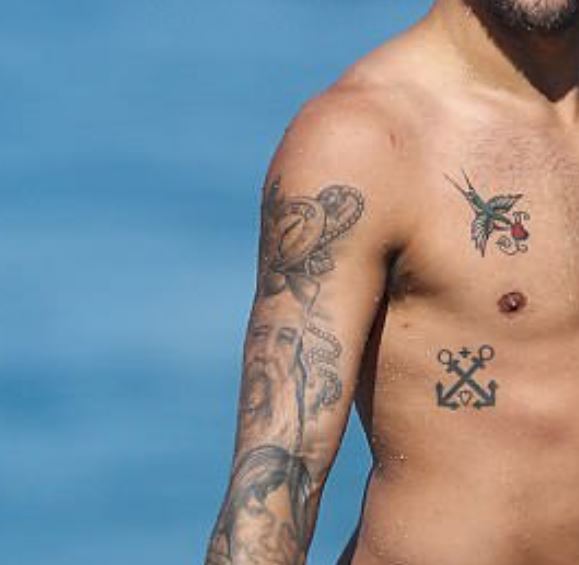 Tattoo: On his right bicep, we can see a clock and roses tattoo headed on the top of the portrait of a man.

Clock tattoos are extremely deep and signify vitality, life, and death. People get clock tattoos to mark some important event of their lives. The one on Lance’s bicep also shows some fixed time and we can assume he dedicates this tattoo to an important person of his life, as represented from the roses and rosary beads inked along.  This whole tattoo representation is often used as a remembrance of a loved one.
The clock face coupled with a rose signifies everlasting love.
In addition, the rose represents nature, and the clock represents time; combined, they depict the unending everlasting nature. 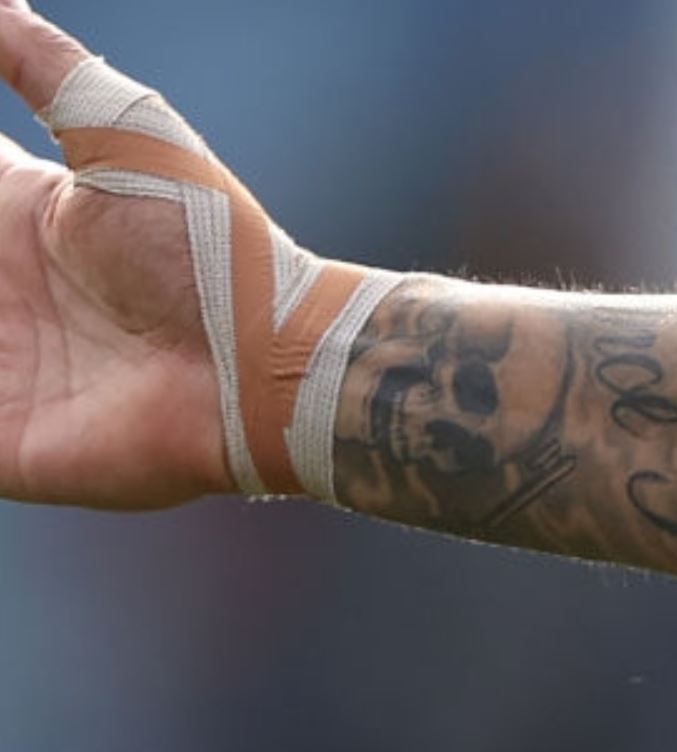 Tattoo: There is a skull tattooed on the inner side of FRANKLIN’S RIGHT WRIST.

Meaning: Skull is often linked with bad, evil, dark, and death. BUT, do you know?

They are the most famous choice among tattoo lovers who wish to show their determination, strength, courage, and capability of overcoming fears and hard times of their life with ease. Many times, the skull is also used to show the past times that the person has successfully overcome! 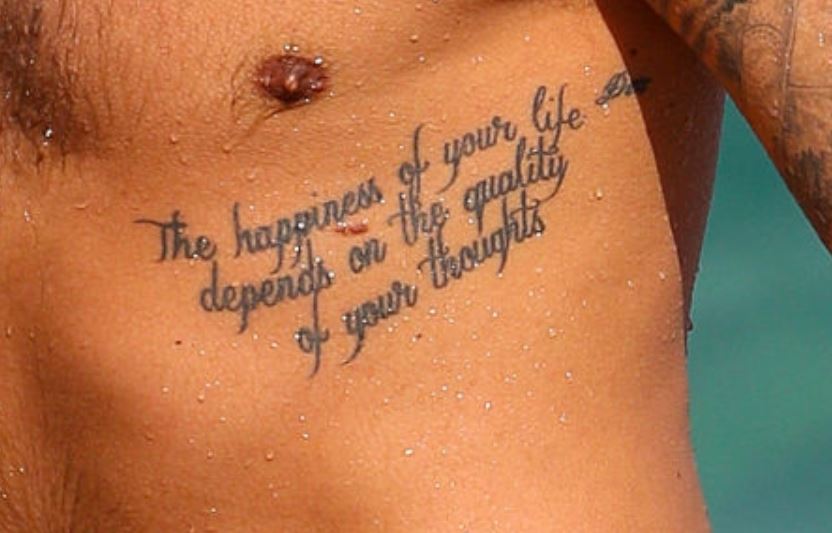 Tattoo: Towards the left side of his stomach. there is a writing that says, ‘The happiness of your life depends on the quality of your thoughts.’

“The happiness of your life depends upon the quality of your thoughts: therefore, guard accordingly, and take care that you entertain no notions unsuitable to virtue and reasonable nature” 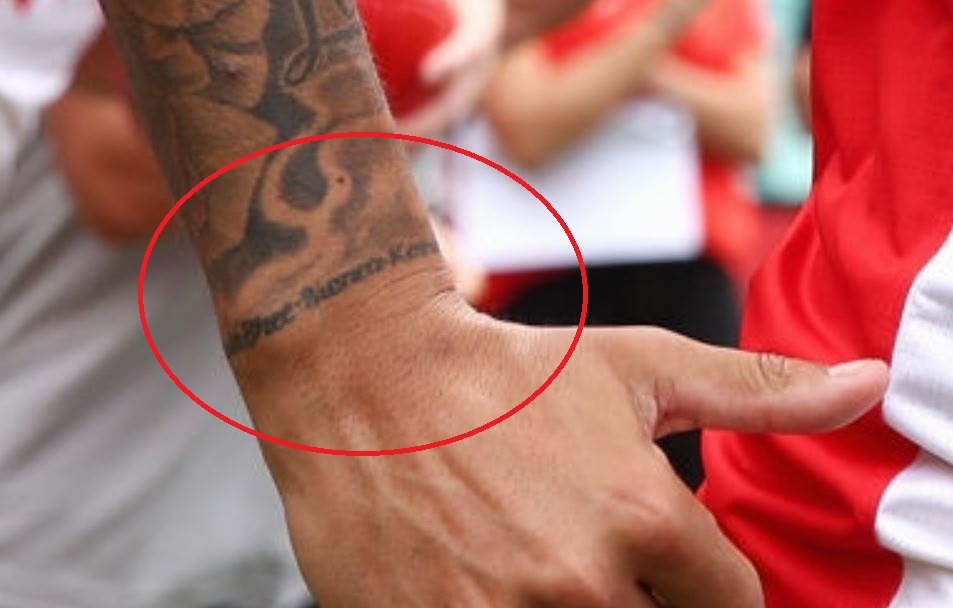 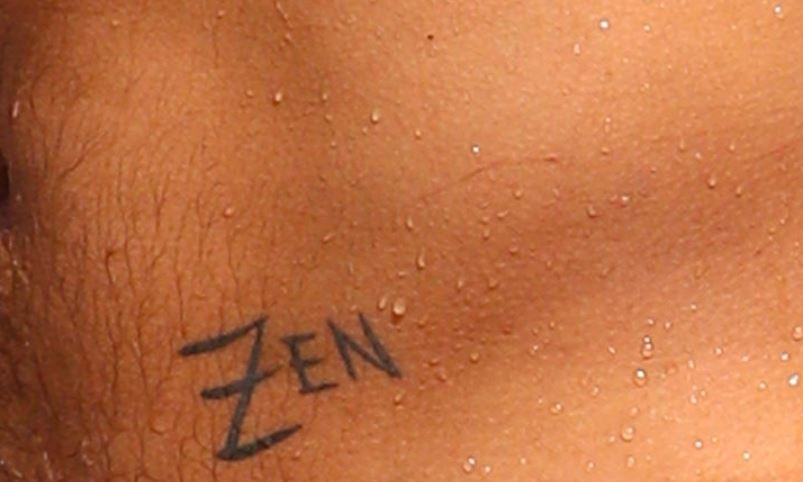 Tattoo: Lance has two sons with his model wife Jesinta Franklin. Zen is speculated to be the name of his elder son, Rocky being the name of his second child who was born in March 2021. 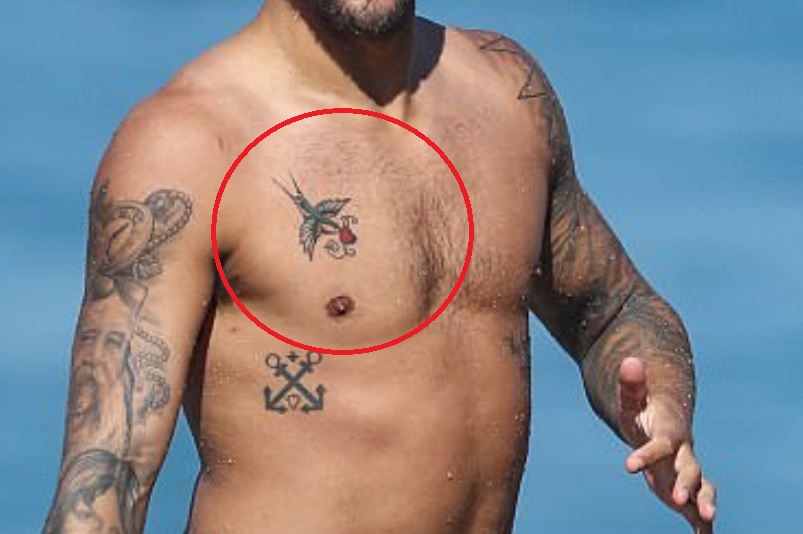 Tattoo: Towards the right side of his chest, there is a sparrow with a heart in its mouth inked.

The sparrow is a sign of genuine love and spiritual camaraderie as per Greek mythology.

Tattoo: Under his right pec, there is a cross anchor tattooed. 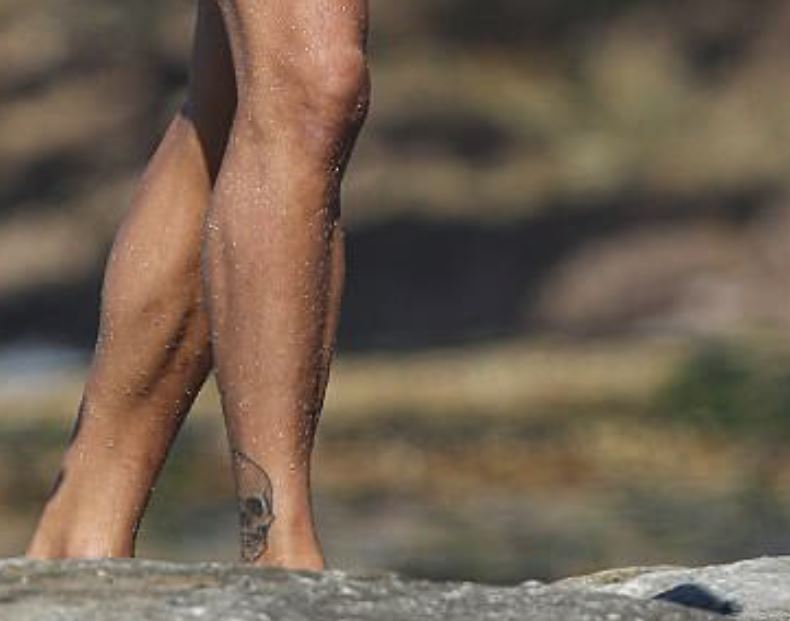 Tattoo: On the inner side of his left ankle, Franklin has got another skull inked.

Meaning: The skull tattoo is the rebel’s distinguishing feature. Its basic, stark look has is often mistaken for negative aspects like that of death and mortality. But skulls aren’t just for the horrific or bad omens,  they may also represent positive compositions like conquering hurdles or safeguarding assets and the capability of dealing with all the bad times of future life! 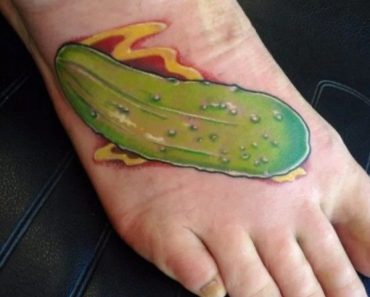