Bryson Lashun Potts better known as NLE Choppa (previously YNR Choppa) is an American entertainer, songwriter, and rapper. He is best known for his hit song, “Shotta Flow” which was certified platinum by the RIAA (Recording Industry Association of America). He released his first song in 2018, called “No Love Anthem” and released his first mixtape, “No Love the Takeover” in the same year. Bryson has some interesting tattoos on his body. Most of the tattoos he has are related to his works and his love life. Let us take a look at the tattoos he has and the meanings they hold. 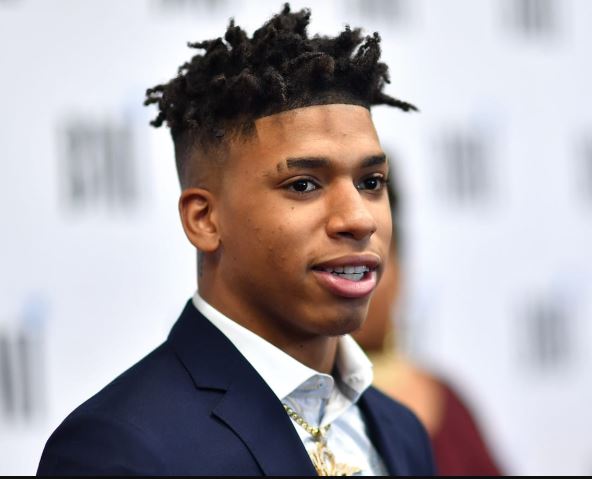 Tattoo: The inner side of his right forearm contains a mashed up design of a number of words and symbols. It contains two Chinese characters, and the words, “NO LOVE ENT “. Just below his elbow, are the words, “SHOTTA II” tattooed along with a gun.

Meaning: The words, “NO LOVE ENT” represent No Love Entertainment which is the full form of his stage name, NLE. It is also the name of his record label. The words, “SHOTTA II” represent the title of his song, Shotta II which gained over 20 million views in just 2 months. 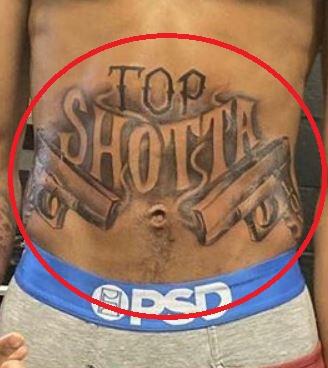 Tattoo: The rapper’s stomach is covered in a large tattoo of the words, “TOP SHOTTA” along with two handguns on either side of the words. There is smoke coming out of the barrels of the guns and rising up towards the words.

Meaning: Bryson got this tattoo to celebrate the success of his first certified platinum song, “Shotta Flow” which amassed 10 million views in just under a month and peaked at number 36 on the US Billboard Hot 100. He later released the “Shotta Flow II” that was also very successful. 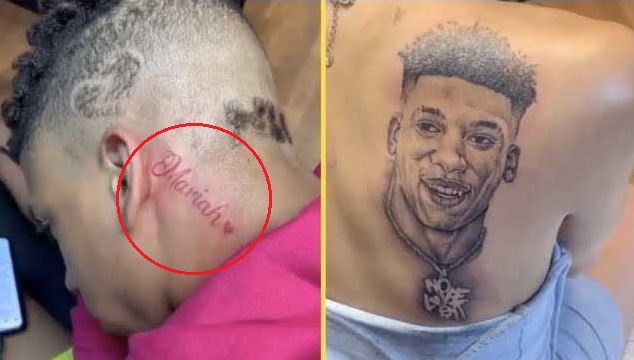 Tattoo: The left side of the backside of his head, just along his hairline contains the name, “Mariah” tattooed on it in red ink, followed by a small heart.

Meaning: NLE got this tattoo to show his love for his then-girlfriend, Mariah. Mariah also reciprocated the gesture by getting a tattoo of NLE’s face on the right side of her back. But the couple has since then, split up. 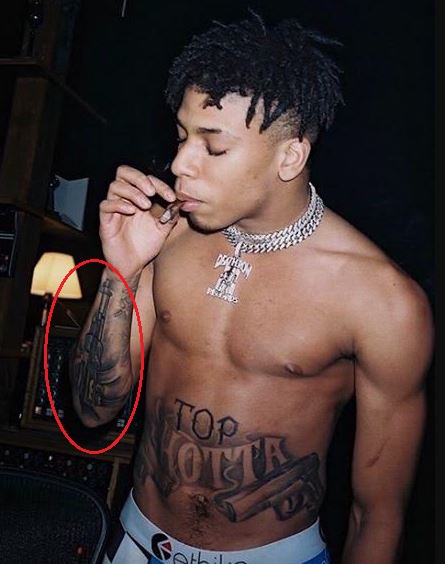 Tattoo: The side of his right forearm contains a tattoo of an M16 rifle stretching from his wrist up to his elbow. 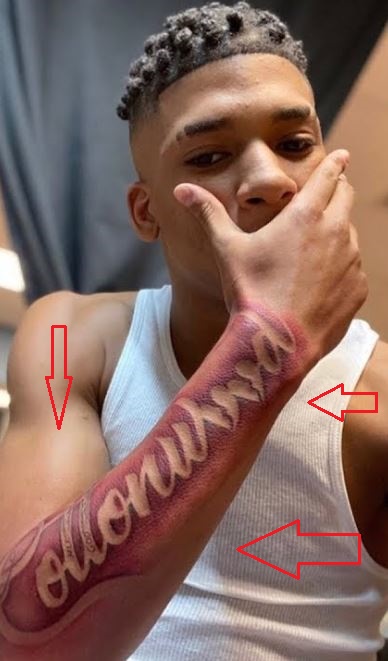 Tattoo: The upper side of his right forearm contains the word, “Cottonwood” tattooed on it. The tattoo is made by leaving out vacant spaces to spell the words, surrounded by red ink. The letter o’s in the “wood” are replaced by two broken hearts. The t’s in “Cotton” contains the words, “NLE” and “GOD” tattooed inside them.

Meaning: Bryson got this tattoo after he released his debut extended play, “Cottonwood” on 20 December 2019. The letters, “NLE” represent his name as well as the name of his label, No Love Entertainment. Cottonwood also includes guest appearances from rappers Blueface and Meek Mill.