Oriini Kaipara is a New Zealand-based journalist and translator who made the headlines in 2019 by becoming the first person with a face tattoo (Moko Kauae) to host the prime-time news. Such types of tattoos are highly sacred and are usually inked to present the culture and heritage. She has got several other similar tattoos on her body, representing her Maori culture. Let’s scroll further to know the details. 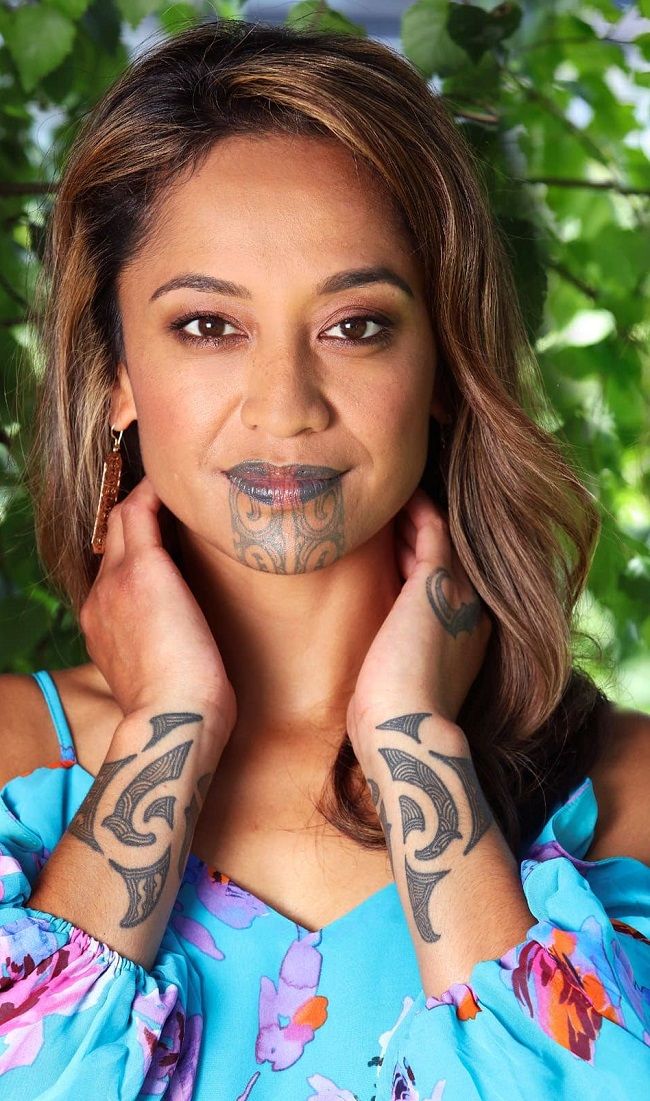 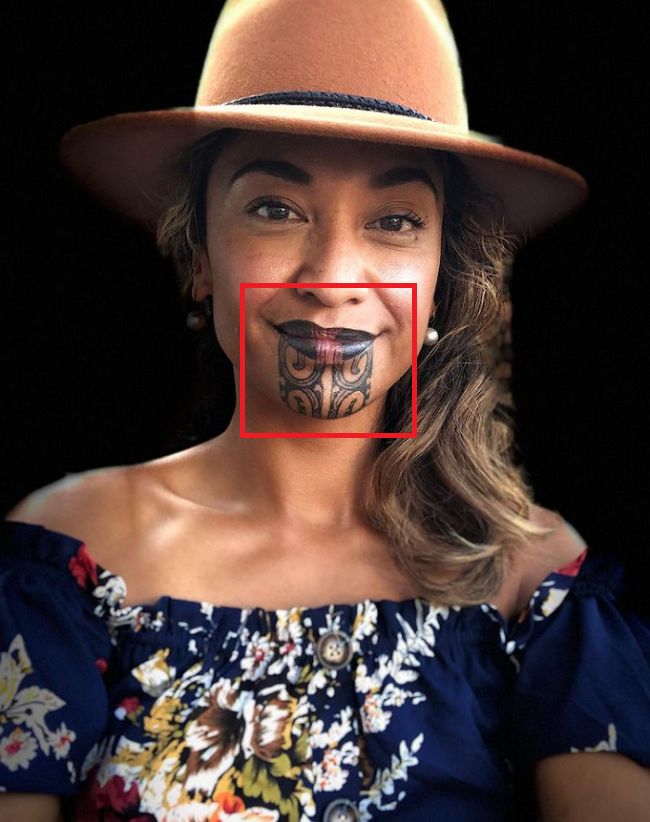 Meaning: Oriini Kaipara grabbed the attention of people from all over the world by becoming the first New Zealand journalist with the ‘Moko Kauae’ tattoo on her chin to host the prime-time news in 2019. Usually, these types of tattoos are worn by New Zealand’s Māori women to represent their culture and heritage. She got this tattoo inked in January 2019 after a DNA test in 2017 revealing that she is 100% Maori. On January 6, 2019, she uploaded the pictures of the tattooing process on her Instagram handle with the caption,

In English, it means,

A Moko Kauae tattoo represents the women’s whanau, and the authority, responsibility, status, and commitment towards the traditions, culture, and heritage. In an interview in December 2019, she explained her experience of getting this tattoo. She said,

I drove down to Te Teko, in the Bay of Plenty, where my dad’s side comes from. We went to my marae Kokohinau and met artist Turumakina ‘Tu’ Duley, who is also a distant relative. I love his work and he’s been doing it for quite some time. He did a full facial moko on Mark Kopua, who is well-known in Maoridom for his own work and was Tu’s teacher. There was a big uproar about her getting one as a pakeha woman, and her Maori husband giving her permission. I’m not a judgemental person so I didn’t want to throw stones at something I didn’t know. But it got me thinking. “It sparked the desire in me to get a moko kauae. Before that, I was actually anti-getting one for myself. There was no way in hell. t was more of a shock to my inner circles when they found out – and they didn’t believe I’d go through it. I was wary of what it would mean if I got one. I thought, ‘Why do I deserve it and why should I have it if they don’t? For me, a moko is a mark of huge honour and a mark of prestige, and with that comes huge responsibility. It signals a commitment to my whakapapa, iwi, marae and language. I took my eldest daughter with me. I’d originally asked for the traditional chisel, but Tu said it would hurt way more and take a lot longer, so he did it with the gun. I was so glad he talked me out of that. There were lots of tears and I think I had the most, but they weren’t from pain. It was more the spiritual connection and the honour because in my generation, I’m the first person to get it. There have been a lot of well-wishers and positive vibes. Having a moko doesn’t change who I am and it means much more than a tattoo on my face. It helps anchor me because it reminds me of who I am.”

In one of her interviews with New Zealand news website, Stuff, she said,

It’s really exciting. I’m really enjoying it. I’m not speechless, but it’s a buzz. I am proud of how far I’ve come in being able to anchor 6 pm right now. It’s definitely a step forward, and a step-up. If there was a goal for me, it would be anchoring prime-time news, and that’s happened. ‘m very much aware that I’m the first [with moko kauae] to anchor a six o’clock primetime news bulletin. That is always at the back of my mind, that every step I make is like breaking through a glass ceiling. It’s breaking new ground for us as Māori, but also for people of colour. Whether you’ve got a moko kauae or not.” 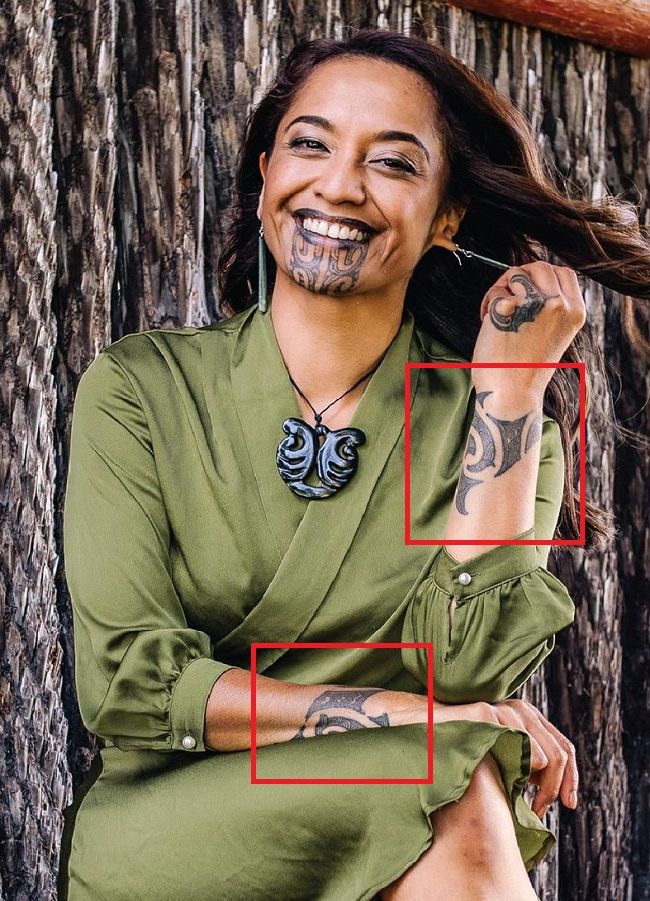 Tattoo: ‘Maori’ tattoo on her wrists.

Meaning: The Maori tattoos are usually worn by the people of Maori culture to represent their heritage and culture. They are also called Tā moko tattoo which represents the art and culture of Maori heritage. Such tattoos are considered highly sacred and often represent culture, power, social status, respect, authority, and rank.

3. ‘Maori’tattoo on her left hand 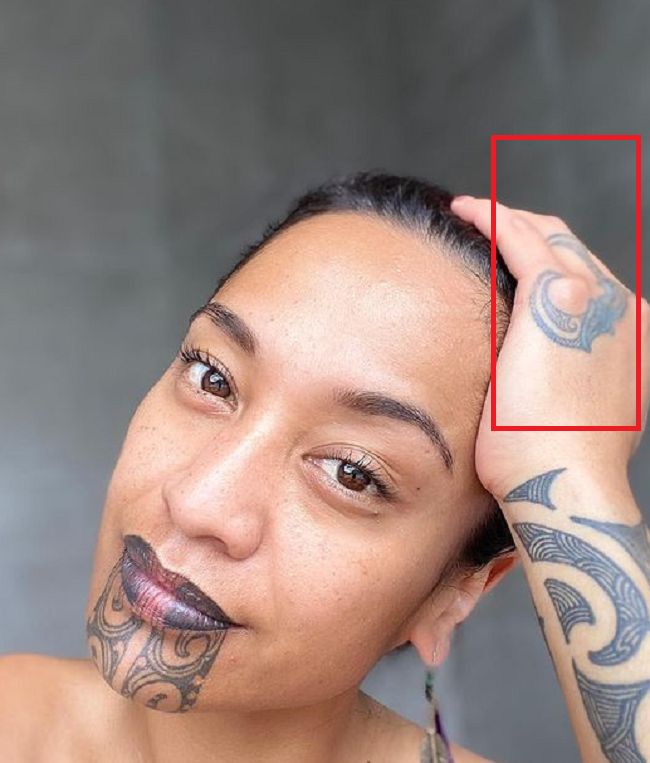 4. ‘Traditional Tribal’ tattoo on her lower back 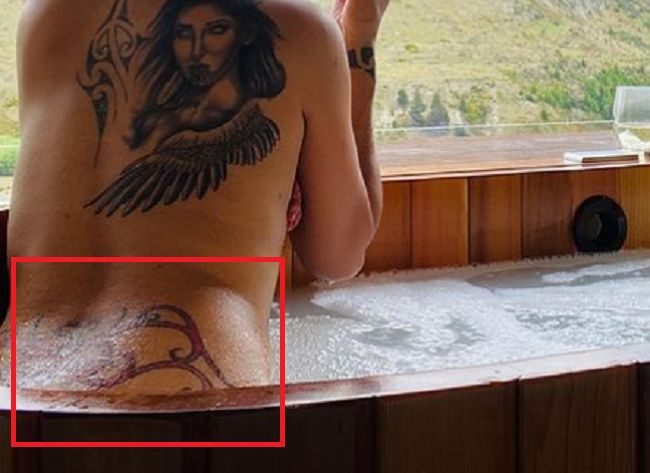 5. Tattoo on her back 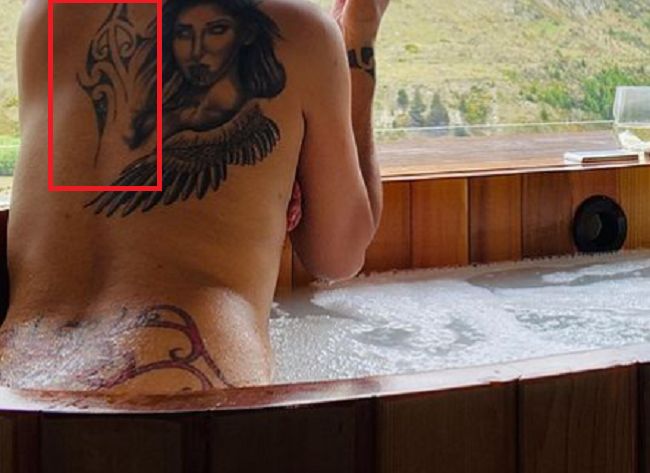 Meaning: This tattoo is also a form of Maori culture tattoo.

6. Tattoo on her back 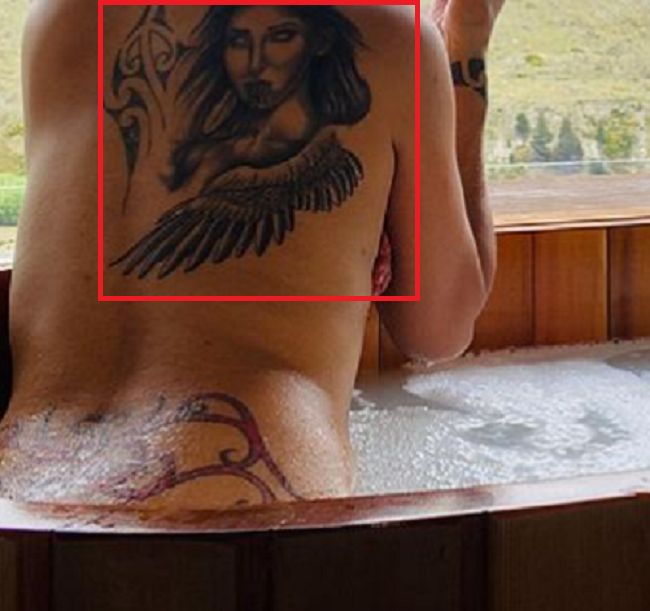