Sean O’Malley is an American Mixed Martial Artist. He currently competes in the Bantamweight division of the Ultimate Fighting Championship. He has won all of the 12 professional matches that he has played and is on no 14 on the UFC Bantamweight rankings. Sean is known for his colorful hair and tattoos. Let us take a look at Sugar O’Malley’s tattoos and the meanings behind them. 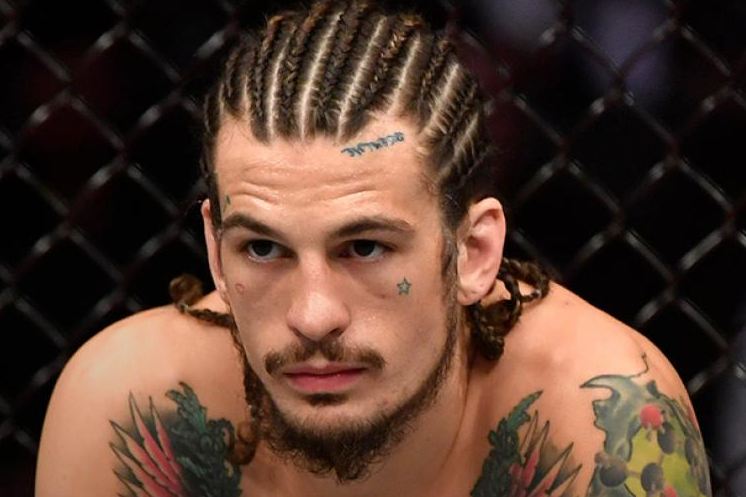 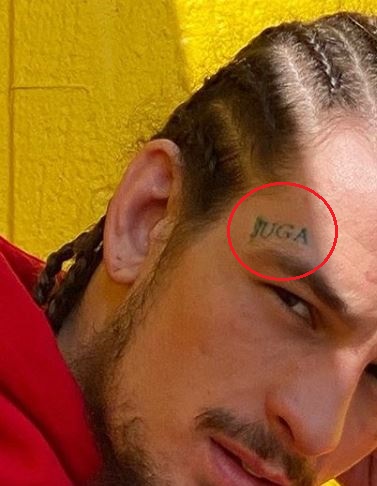 Tattoo: The word, “SUGA” is tattooed on the fighter’s face, just above his right eyebrow.

Meaning: The word represents his nickname sugar as he is known as Sean “Sugar” O’Malley. 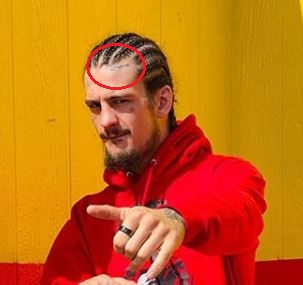 Tattoo: The left side of his forehead contains a word tattooed on it near his hairline.

Meaning: The word tattooed on his forehead is “breathe” but it’s tattooed in reverse. The tattoo is rarely seen as it is covered by his hair but he revealed that he got the word tattooed for himself when he looks in the mirror. He said, “Every time I look in the mirror and I’ve got my hair up, it reminds me to breathe. I got it after I got suspended.” 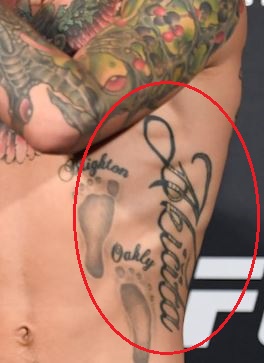 Tattoo: The left side of his body contains the name, “Akiata” tattooed on it. 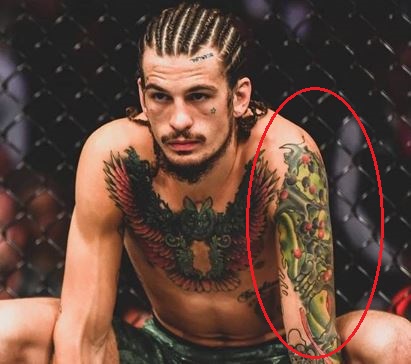 Tattoo: The entire left upper arm and shoulder of the fighter is covered in a large tattoo design of green patterns that contain green masks, joined together by dark green vines containing red and blueberries.

Meaning: Sean got this quote, “Only God Can Judge Me” tattooed on his biceps because it is what he really thinks. He has been pretty vocal that he does not give a fuck about what anyone thinks about him in many of his interviews.

Tattoo: The right side of his body contains the quote, “Float like a Butterfly Sting Like a Bee” tattooed on it.

Meaning: The tattoo represents his playing style and his quickness in the fighting. He is undefeated and has a record of 12-0. 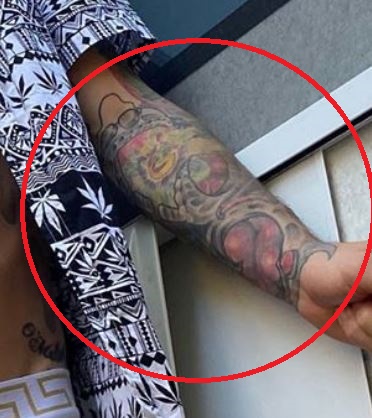 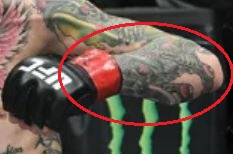 Tattoo: The inner side of his left forearm is covered in tattoos of random designs that include a hat, glasses, a horseshoe, and a sun that is emitting rainbow-colored light. The upper side of his forearm continues with a design similar to the one on his upper arm. 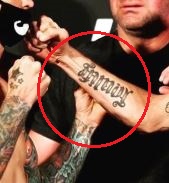 Tattoo: The inner side of his right forearm contains the word, “FAMILY” tattooed on it. 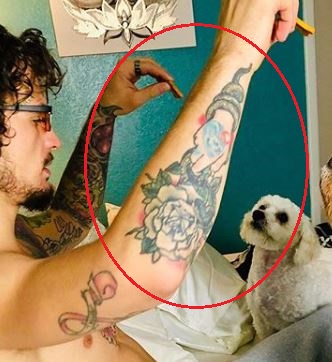 Tattoo: The outer side of his right forearm contains a tattoo of a flower on it. There is a tattoo of a hand, holding a snake that is wrapped around its wrist and reaching up to the flower right below it.

Tattoo: The left side of his stomach contains a tattoo of two baby footsteps. The word, “Brighton” is tattooed over the first one and the word, “Oakly” is tattooed above the other one. The name, “O’Malley” is tattooed near his waistline beneath the two footstep tattoos. 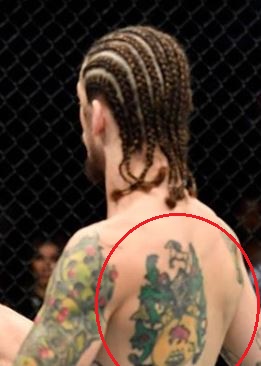 Tattoo: The left side of his upper back contains a tattoo design of a family crest on it with a wild boar in the middle.

Meaning: The crest on his back is the famous O’Malley family Coat of Arms. The red color in the crest represents Military Fortitufde. The gold represents Generosity and the Boar is symbolic of a warrior.

Tattoo: The letters that spell out the word, “FREE” are tattooed on each of his right hand’s fingers. 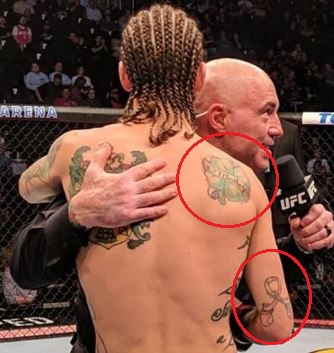 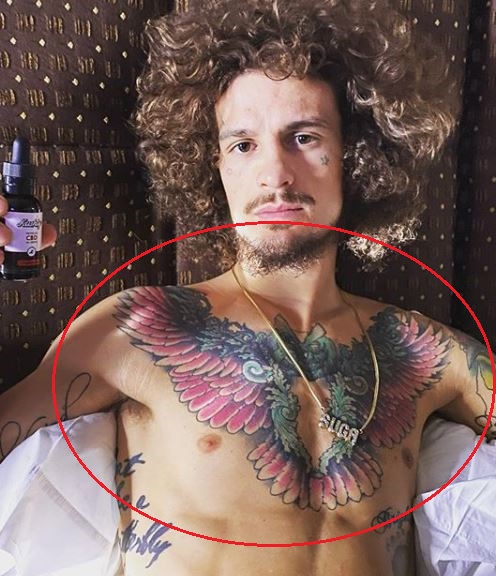 Tattoo: There is an owl tattooed in the middle of the fighter’s chest with its wings spread. The owl contains intricate designs making its body and sports a vibrant color scheme.

Meaning: The owl is a symbol of wisdom and transition which is why he got it tattooed on his body. The heart on his right cheek and the star tattoo on his left one seen in the above photo are temporary tattoos that he got to check how he would look with face tattoos.