Tove Lo is a Swedish singer and songwriter who is popularly known as the ‘saddest girl in Sweden’ because of her truthful and autobiographical lyrics. The star has got some beautiful tattoos on her body. Let’s read further to know more details regarding her various body tats along with their meanings. 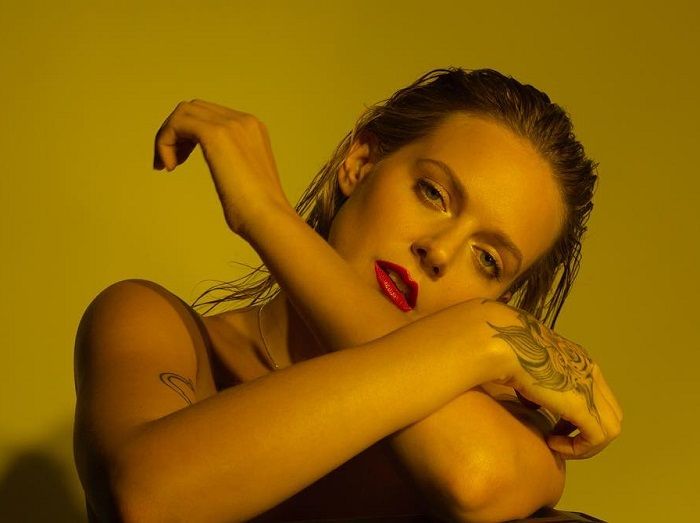 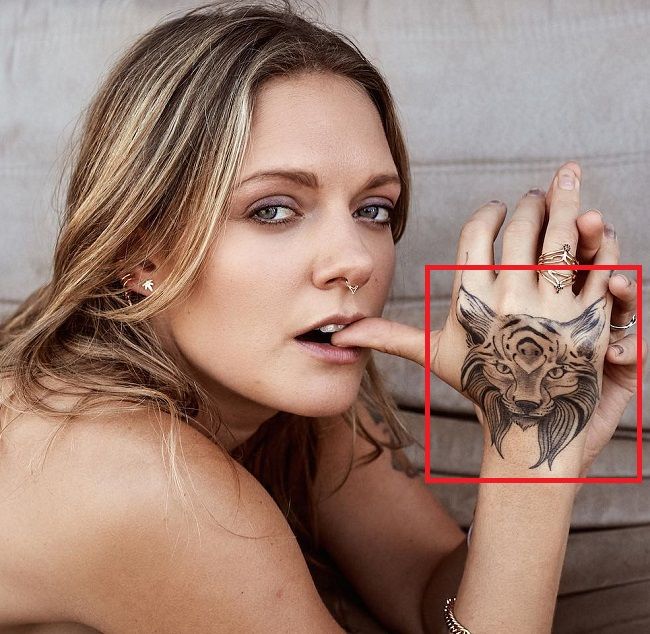 Meaning: In September 2016, Tove Lo got this tattoo inked by the tattoo artist, Alex McWatt, in New York City. Tove explained that Lynxes are her favorite animal and her stage name ‘Tove Lo’ was given by her godmother because of her love for lynxes. In an interview, she said,

Basically there was a lynx in a zoo that was named Tova and I fell in love with it as a kid. It was my dear godmother who decided to call me Tove Lo, after that lynx, it stuck. So after that my family and relatives starting calling me Tove Lo. I think I kind of stuck with that name because I wanted it to be me and at the time I didn’t know anyone else who had the same. So I kept it as a writer and it then it just felt natural to keep it as a solo artist. It feels like my spirit animal just because it’s been one of my favorite animals since I was so little. Most people would stress about where and when and why to get a tattoo because it is for life. I honestly did not think about it too much. I just figured it would be so nice with the little tassels on the ears. And it’s my mic hand so I figured it would look cool.” 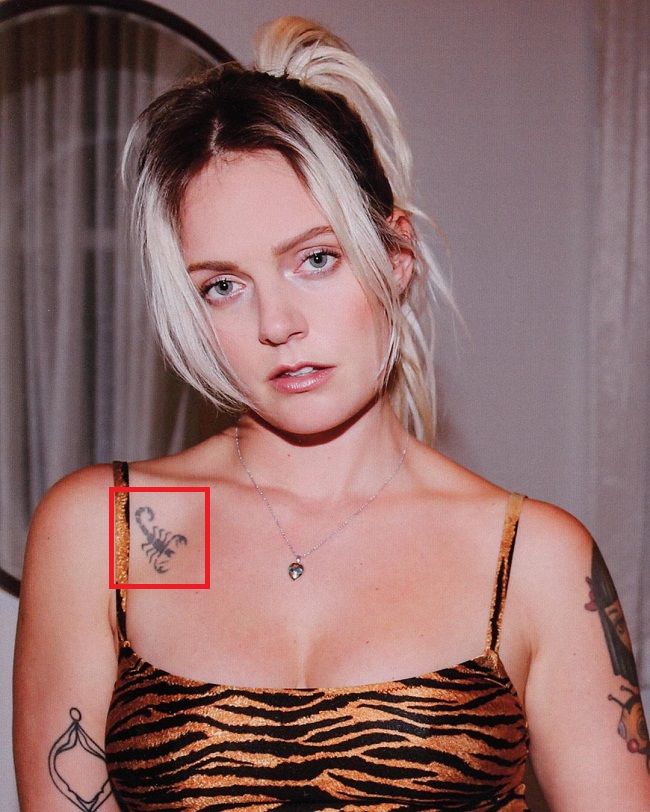 Meaning: Tove Lo got this tattoo inked when she was just 17. This was the first tattoo that Tove got inked on her body. In an interview, she said,

I have a little super ugly scorpion that’s tattooed under my right collarbone, which I don’t know what I’m going to do about. I mean, it’s part of me now, but it’s so ugly! It’s the worst.” 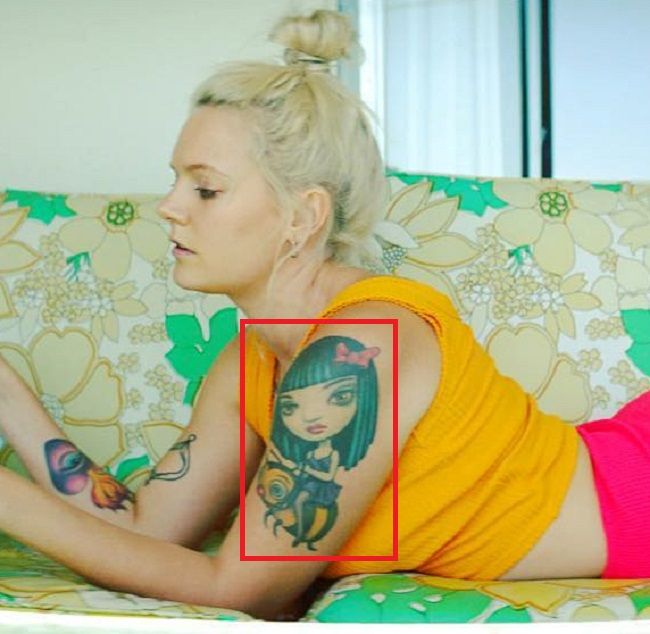 Meaning: This is the second tattoo that Tove got it inked after her ‘scorpion’ tattoo. The tattoo is a ‘Clear Heart Grey Flowers’ painting by an American painter, Mark Ryden. This tattoo is related to Tove’s rock band ‘Tremblebee’ which was formed in 2006. In an interview, Tove said,

I used to have black hair and bangs when I was in that band, and since it was my first band that I was part of it meant so much to me. I had my first gigs with that band. Then I found this painting of Mark Ryden’s that I really enjoyed, he’s an American painter who’s super talented. I saw this picture and I’m like ah, that just goes straight to my heart, so I decided to put it all over my arm.”

As per the media report, this painting by Mark Ryden was created for the album cover of ‘Clear Heart, Grey Flowers’ of the rock band named ‘Jack Off Jill’ in 2000. However, Tove said that she had no idea about all this. 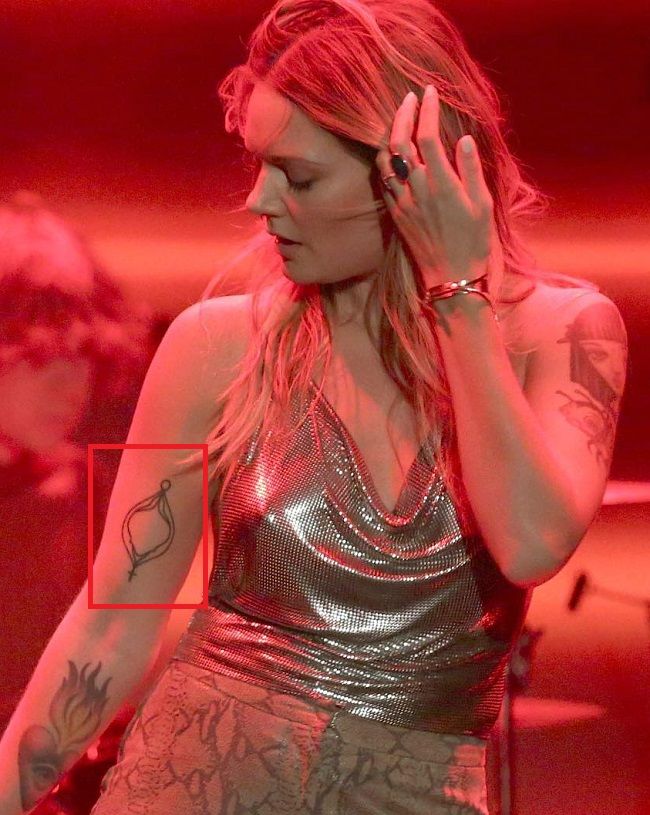 To some people “showing off” the vagina in any way is seen as something shocking and scandalous. I don’t know if it’s their religious or cultural beliefs that make them think it’s something to be ashamed of, but I know for sure I don’t feel that way: You should be proud of your vagina — it’s a cool and positive part of you! Being open and free about the body and self-love (the way I am) can be provocative — but that doesn’t mean that it’s bad or dangerous. My vagina tattoo reminds me not to make myself smaller, which is often what’s expected of women. To be loud is to be seen as being a troublemaker. As girls, we’re often not encouraged to speak up. I’m allowed to claim my space. The symbol, which is also on the cover of my album Lady Wood, is a reminder to go for the things that scare you but also give you a rush. People tell me all the time that I’m a chick with balls. It’s supposed to be a compliment, but really it’s insulting. Women don’t need balls to be brave. Our vaginas will do just fine.” 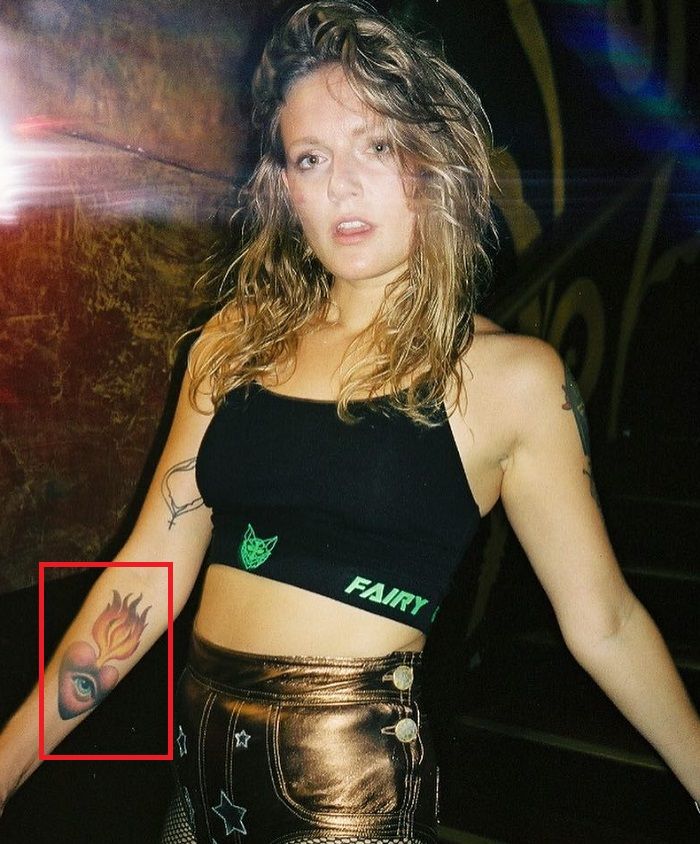 Tattoo: ‘Paintings of Mark Ryden’ tattoo on her right forearm.

Meaning: Tove got this tattoo inked at Infamous Studio in Stockholm, Sweden. The tattoo is inspired by the paintings of Mark Ryden. In an interview, she said,

It’s in a lot of his paintings, but small. So I wanted to blow it up because I just love the eye so much.”

6. ‘HAPPYSAD’ tattoo on her right forearm 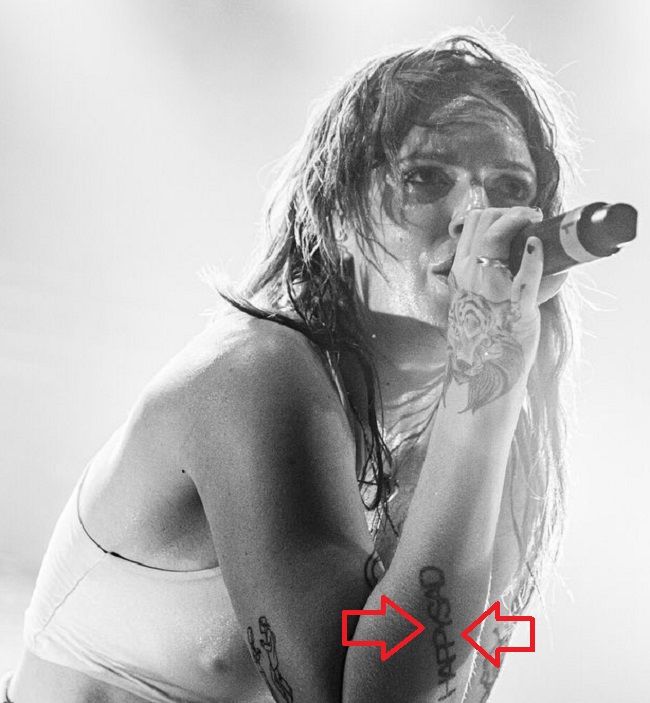 7. Tattoo on her left forearm 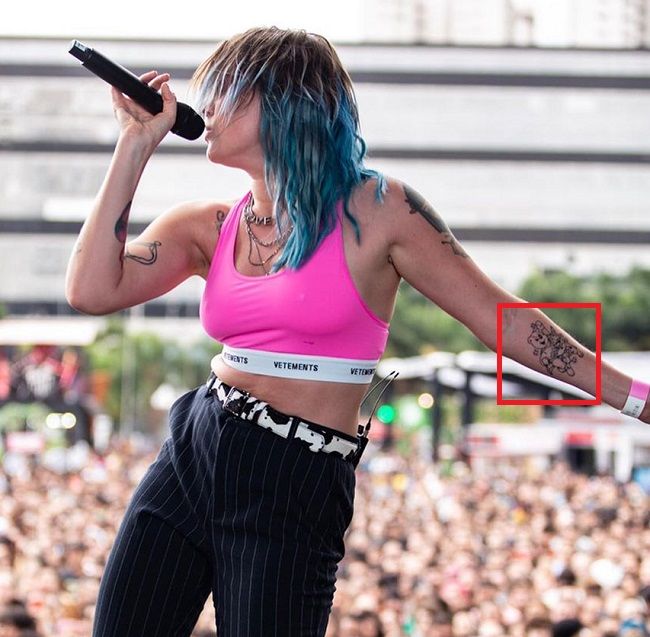 Meaning: Tove Lo got this tattoo inked by the tattoo artist, Harley Jones, in December 2019.

How hard do I push? 😂 @harleyjonesinternet…illustrator of Sunshine Kitty and very brave man for letting me tattoo him! #hisidea

8. Tattoo on her right arm 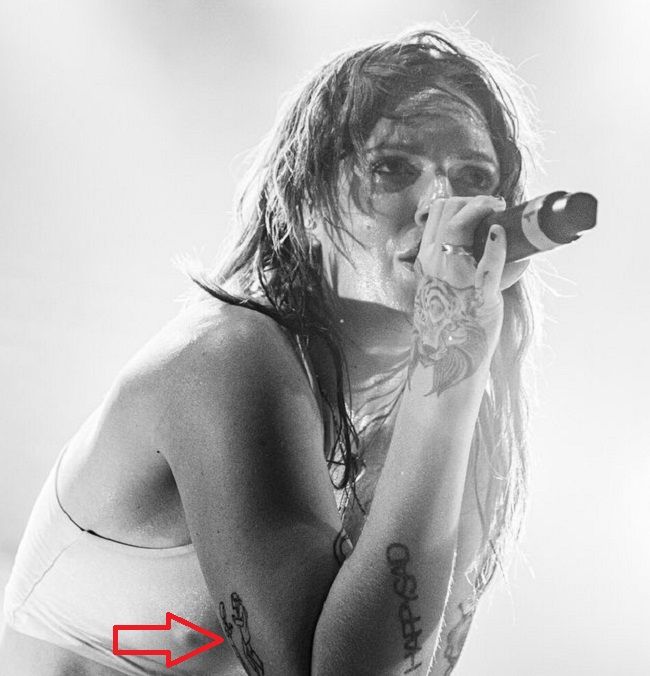