Andrew John Hurley is an American musician and also the lead drummer of the rock band, Fall Out Boy. After playing for various bands, Hurley joined his current band in 2003. During the Band’s hiatus from 2009-2013, Andy began drumming for the heavy metal band, The Damned Things and released the album, Ironiclast. Since 2013, he has taken his place as the lead drummer for Fall Out Boy. Andrew Hurley’s entire body is an artwork, covered in various interesting tattoos. Let us explore all of them and the meanings they hold. 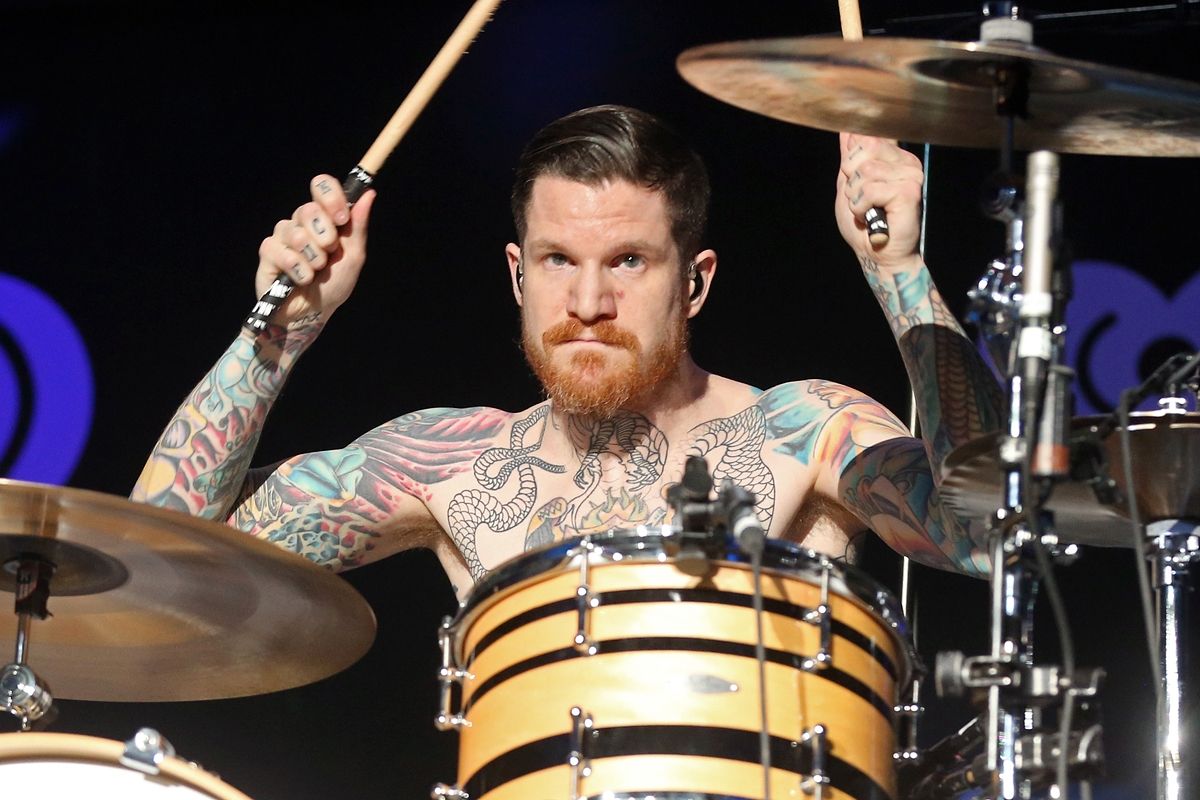 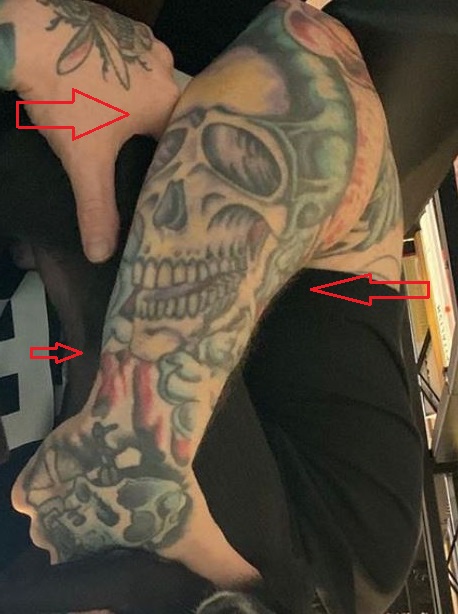 Tattoo: The upper right forearm of the drummer is covered in a large tattoo of a skull along with flames in its background to complete his sleeve. The immediate space around the skull’s head and jaw are covered in green cloudy aura to make the skull look more menacing.

Meaning: Andy likes skulls very much which go well with his personality and his love for death metal. He has many skull tattoos on his body. 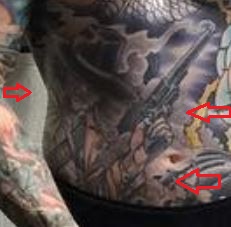 Tattoo: The right side of Andy’s belly contains a tattoo of a cowboy wearing a long coat and a hat, holding a gun.

Meaning: Hurley is really fond of games and many of his tattoos have been inspired by some of his favorites. Andy’s belly contains a tattoo of the game Wild West. 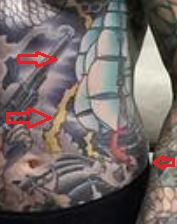 Tattoo: There is a tattoo of a large ship sailing through stormy seas on the left side of Hurley’s stomach.

Meaning: The ship sailing through the storm signifies Andy’s adventurous spirit and also how he tackles everything coming his way and keeps going. 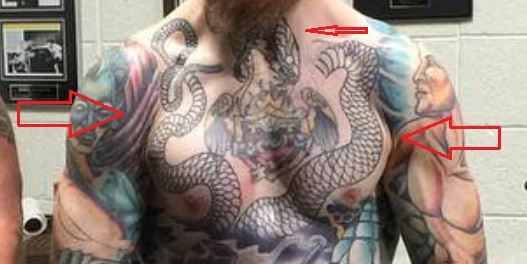 Tattoo: The chest of the drummer is covered in a large tattoo of a Serpent who goes in the water, comes back out and covers most of his chest. The head of the Serpent is tattooed on Andy’s throat with its mouth open and hissing.

Meaning: The tattoo is a tattoo of Jörmungandr or the Midgard Serpent from Norse Mythology, said to be a Serpent so huge it stretched all around the earth.

Meaning: Hope is something that keeps a person going and is one of the things Andy always believes in. Having hope even in the worst situation. 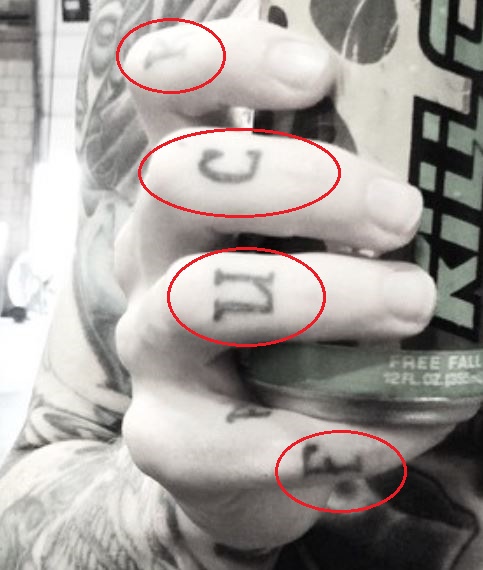 Tattoo: Andy’s right hand’s knuckles contain the letters, “F U C K” tattooed on each finger starting from the pinkie and moving towards his index.

Meaning: This tattoo is completed by his other knuckle tattoo which reads CITY. The words together make the name, Fuck City which is the name of the record label that Andy owns. 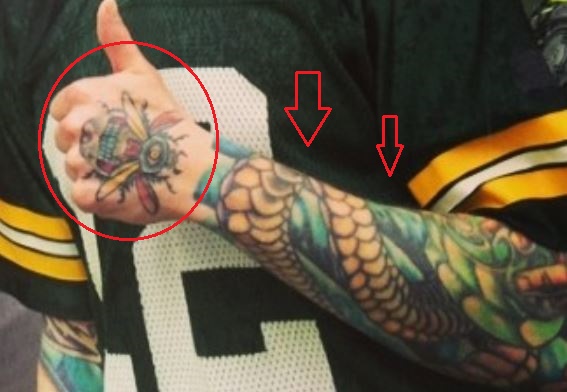 Meaning: The bee gives its own life for the protection of its home and also work in groups. The bee tattoo Hurley has symbolizes courage, sacrifice, hard work, and cooperation.

Tattoo: The inner side of both of Andy’s wrist contain tattoos of the letters, XVX tattooed on them.

Tattoo: The side of his left hand’s middle, ring and pinkie fingers contains the tattoo of the letter X. 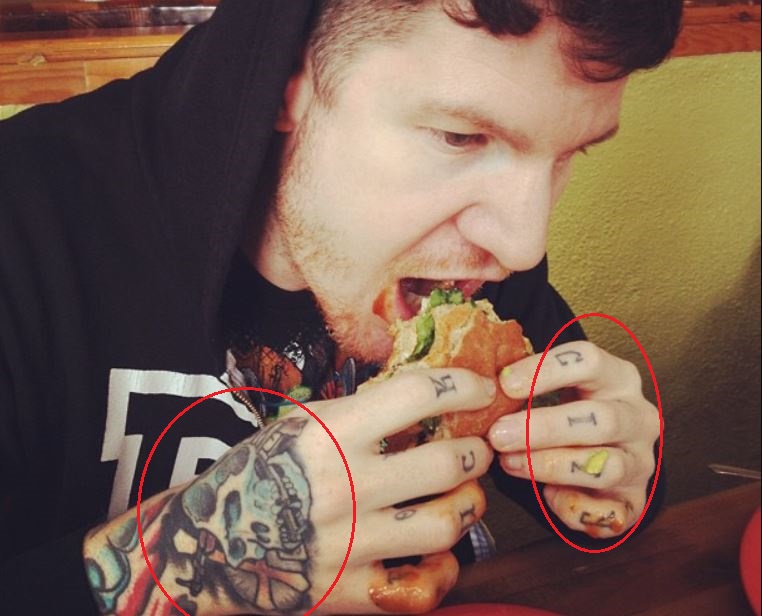 Meaning: The City tattoo goes along with the other hand tattoo he has which spells, FUCK. The words together form the name, FUCK CITY which is the name of Andy’s record label. The tattoo of the cross represents his religious views. The gorilla skull is just another variation of the many skull tattoos that Hurley’s body sports. 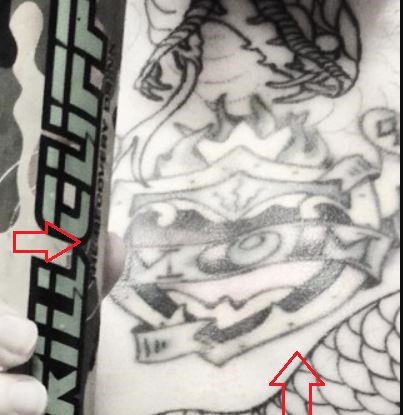 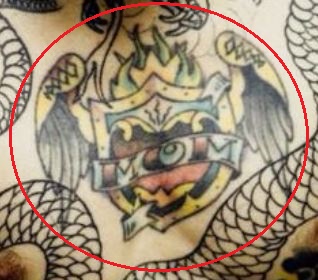 Tattoo: The middle part of Hurley’s chest contains a large tattoo of a shield. The shield contains a heart inside it. The shield also has giant wings on each side. There is also a banner around the shield that contains the word, MOM tattooed on it.

Meaning: Andy got this tattoo to show his love for his mother, Ann Hurley Beyer. 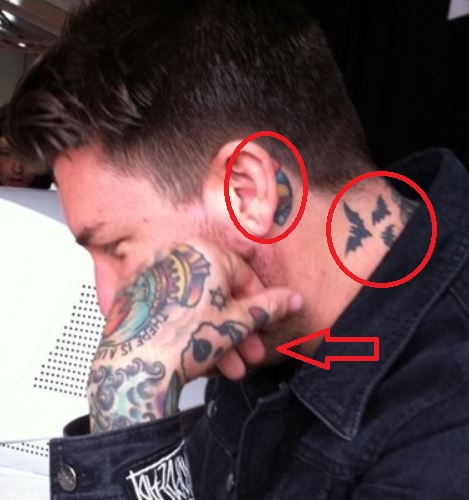 Tattoo: The left hand of the drummer contains another tattoo of a skull. Just above the skull is a small tattoo of the sun. His neck contains a tattoo of bats flying out of a cave. The area behind his left ear also has a multicolored tattoo design inked on it. There is also a tattoo of a black and red heart just below the skull tattoo.

Meaning: The sun stands for strength and power. The skull tattoo is again, one of many that his body has. The multicolored design represents how he loves music. The heart may represent any loved one or just the feel. 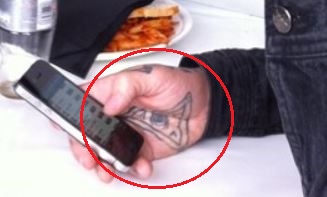 Tattoo: The right palm of the drummer contains a tattoo of a musical instrument that looks like a Harp.

Meaning: The tattoo represents his love for music. 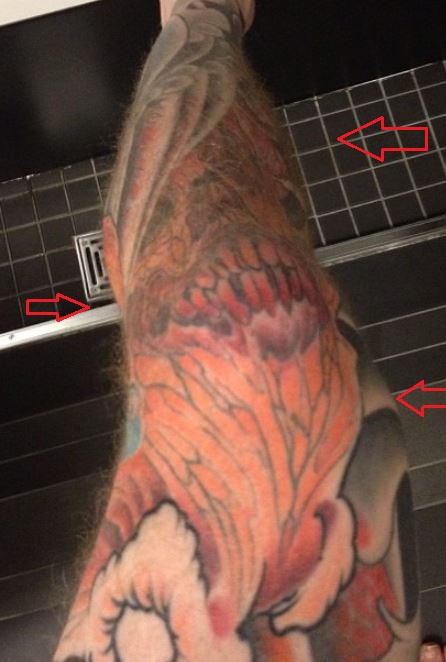 Tattoo: Andy’s left thigh contains tattoos of red flowers that turn into long lines and cover all of his left leg including various patterns in the same red color including another skull with long teeth. 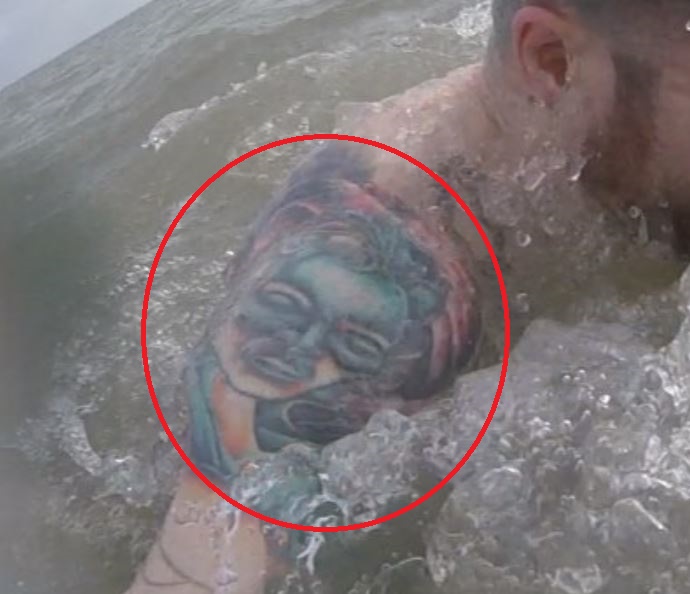 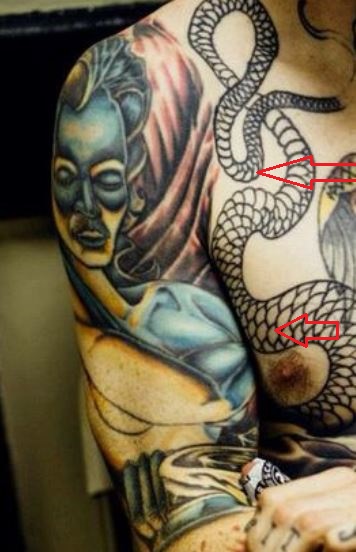 Tattoo: The right upper arm of the musician is covered in a large tattoo of a green woman wearing a yellow attire with red hair. 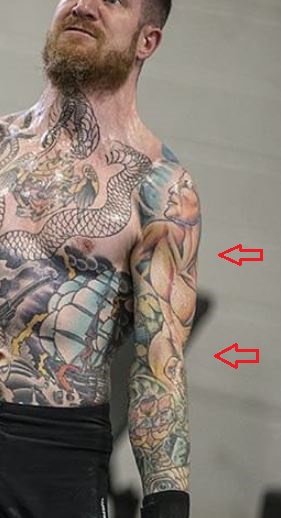 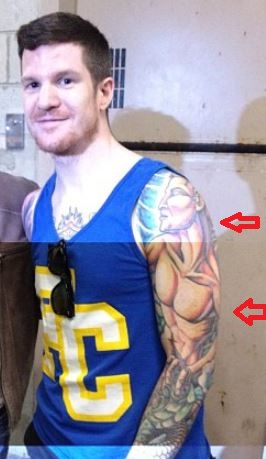 Tattoo: Hurley’s left upper arm contains a large tattoo of a man with golden locks and a golden body. The background of the man contains green shrubs and vines which complete his arm tattoos. 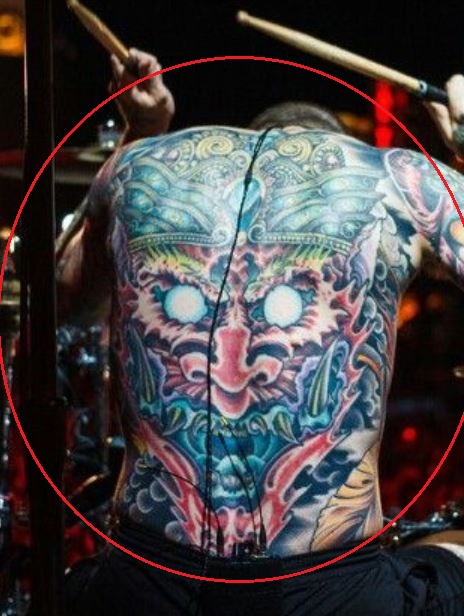 Tattoo: Andy’s back contains one of the most intricate and large tattoos on his body. All of his back is covered in a tattoo of a large demon’s face done in red ink wearing an intricate crown. His teeth and tongue are blue and his eyes glowing spheres of light. 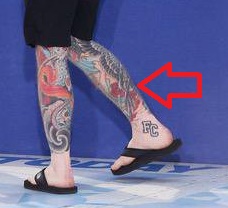 Tattoo: Andy’s right leg is also covered in various blue and red tattoos just like the rest of his body and is difficult to make out. The ankle, however, carries an ink that is read as, “FC”. There are large angel wings covering the outer side of his left.