Tremaine Aldon Neverson, better known by his stage name, Trey Songz is an American Songwriter, Singer, and actor. He has released multiple albums over the years such as Trey Day, Ready, Say Aah!. His song, “Heart Attack” was also nominated for a Grammy Awards back in 2013. Trey has several interesting tattoos on his body. And what’s more interesting is that each tattoo on Trey’s body has been created by himself at home with just a little help. Trey believes that tattoos are really meaningful and should be worth something and if one is getting a tattoo, they should get it for something special and not just for the art. Let us take a look at the body art he has and the meanings behind them. 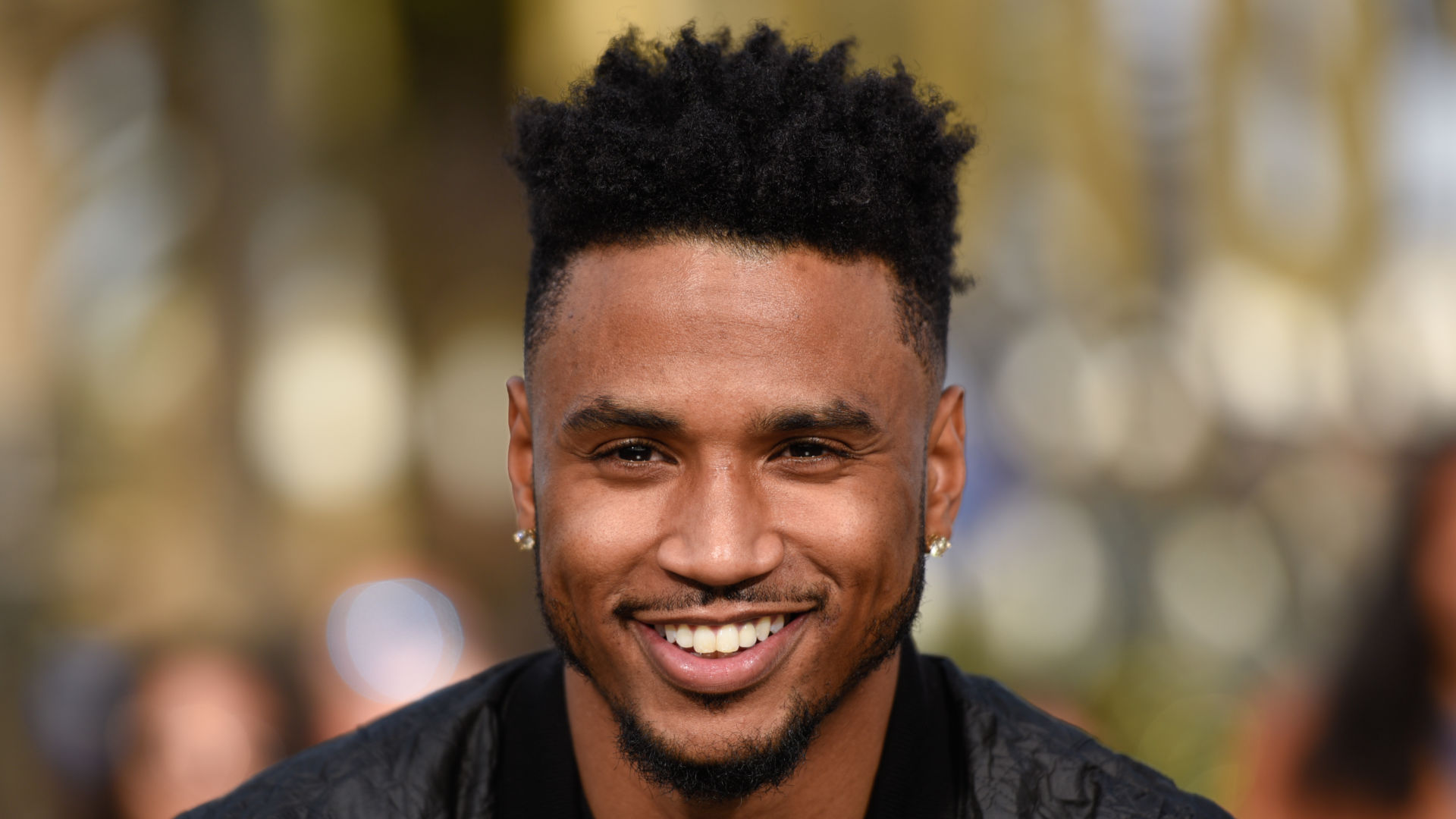 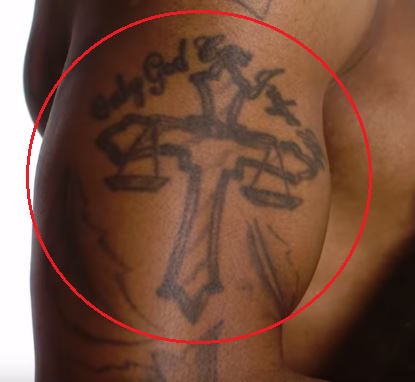 Tattoo: The first tattoo which Trey got was when he was around 16. His right upper arm contains a tattoo of a cross with scales of balance hanging from both sides of the cross. The line, “Only God Can Judge Me” is tattooed above the cross.

Meaning: The Cross represents his religious views and Trey got this tattoo after getting inspired by Tupac who he looks up to as an idol. He stated how Tupac had a tattoo which said, “Only God Can Judge Me” so he got one too. 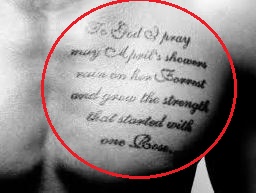 Tattoo: The left side of Trey’s chest contains a tattoo of a poem that reads, “To God I pray may April’s showers rain on her Forrest and grow the strength that started with one Rose”. 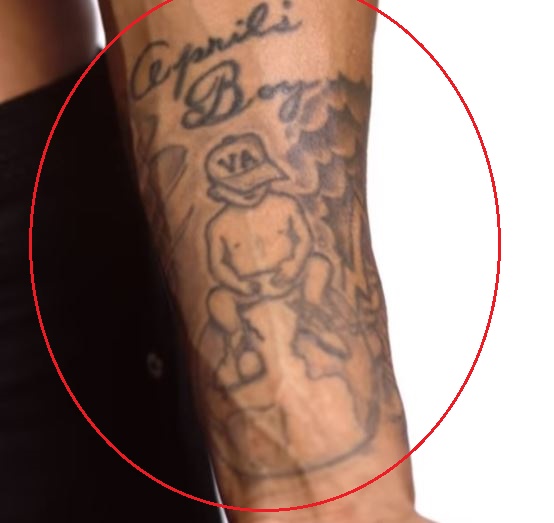 Tattoo: The upper side of his left forearm contains a tattoo of a small boy wearing a cap and a diaper along with timberland boots, sitting on top of the earth. The words, “april’s boy” are tattooed over the boy.

Meaning: The boy tattoo is actually a representation of himself when he was young. Trey always knew he would achieve great things because he worked hard towards his goals. The words, “april’s boy” have two meanings. First that Trey’s mother’s name is April so April’s boy signifies Trey himself. Also, April’s boy is the name of one of the companies that Trey owns. 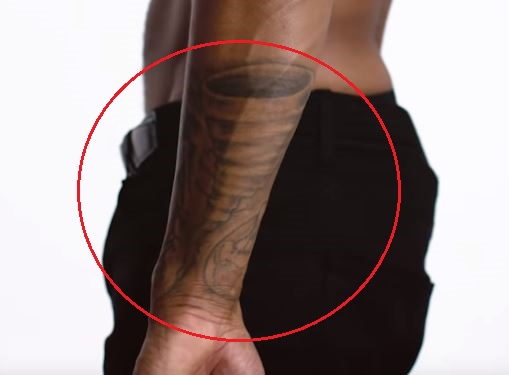 Tattoo: The lower side of his left forearm contains a tattoo of a tornado.

Meaning: The tornado represents a storm and Trey got this tattoo to signify that if you can get through the storm, you can achieve anything. 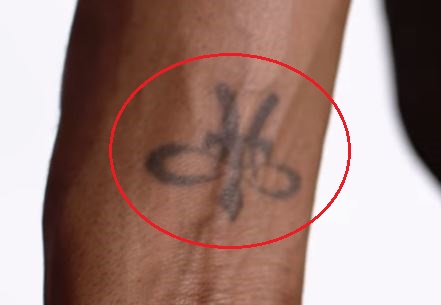 Tattoo: The lower side of his right wrist contains a tattoo of two initials along with an infinity symbol. The tattoo contains the letters “T” and “H”.

Meaning: The initials belonged to Trey and his then-girlfriend, Helen Gedlu but since they split up, Trey has been wanting to cover the tattoo up but has not done it yet because he believes that to cover the tattoo up, it would have to be something really special. Just like the love they both shared. 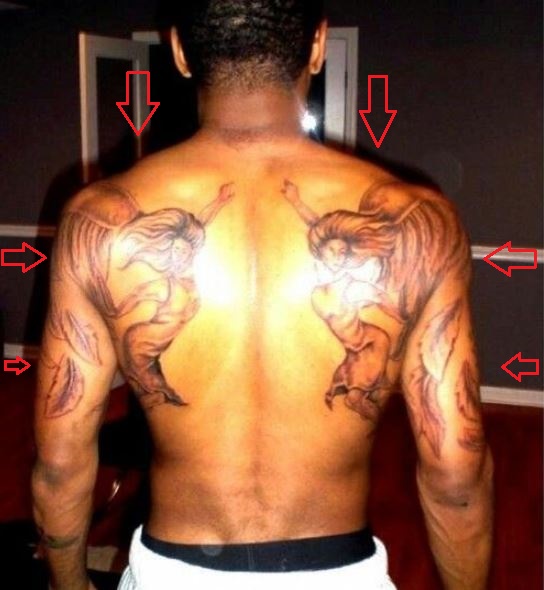 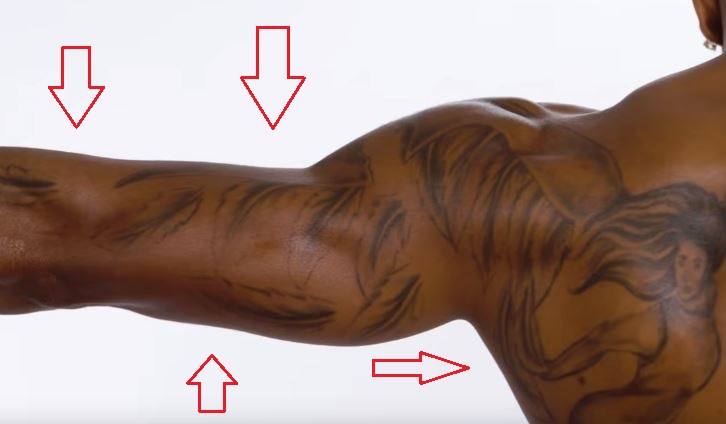 Tattoo: The back of the singer contains the largest and the most recognizable ink that he has. His back contains the tattoos of two angels, one on either side of his back with their wings expanding onto his shoulders. The wings of the angels are withering down and their falling feathers are tattooed down both of his upper arms.

Meaning: Trey used to travel a lot and his grandmother would be worried for him so he got the tattoos of the angels on his back to watch over him always. The wings of the angels are damaged and feathers are falling down to give the look of how the angels are fighting many demons and storms and watching over him. 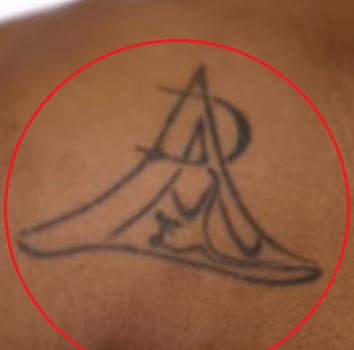 Tattoo: The right side of his chest, just at the junction of his shoulder contains another special tattoo. There is a sign made up out of different initials that are tattooed on his body.

Meaning: Trey was mostly raised by women and that is why he got the initials of all the important women in his life and mashed them all together to make this art piece and got it tattooed on his body. The major ones include the initial, ‘R‘ for his grandmother Rose. The ‘A’ for his mother, April. The piece also contains the names of his other grandmother as well as his aunts. 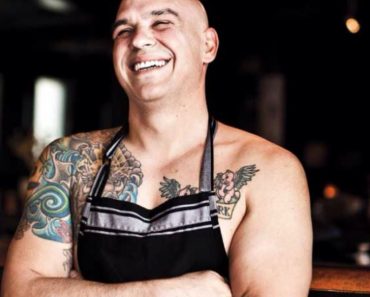 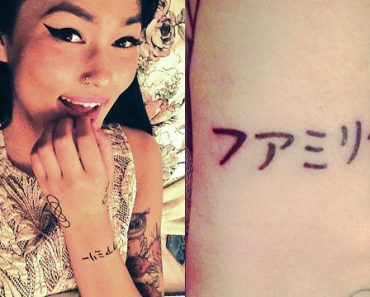