Bryce Perkins is an American football player who plays for the Los Angeles Rams of NFL. He has got some unique tattoos on his body. Let’s have a look! 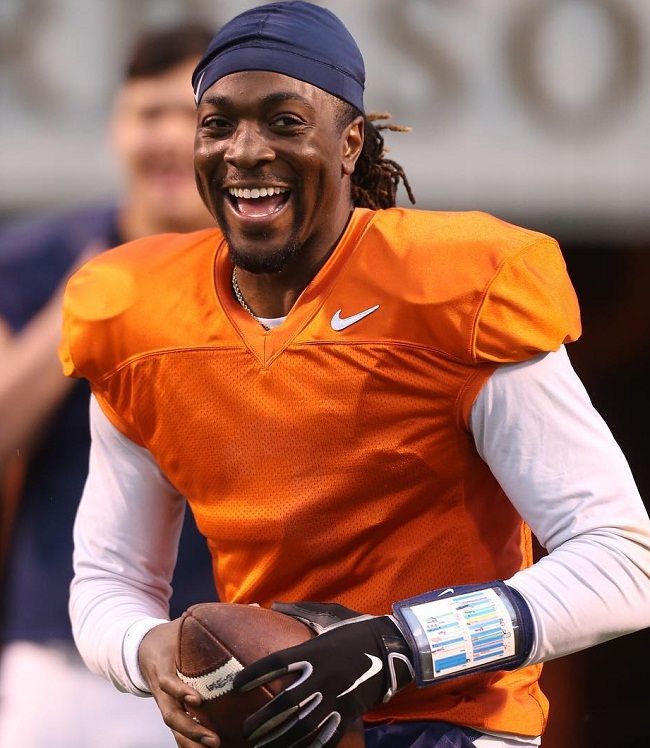 1. Tattoo on his right arm 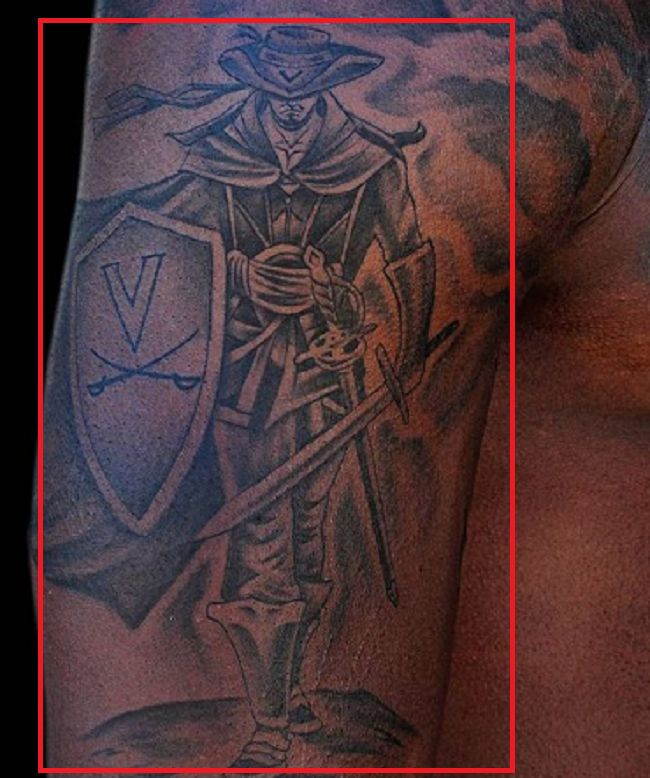 Meaning: On February 24, 2021, Bryce got the tattoo inked to pay tribute to the University of Virginia on his right arm by the tattoo artist, Joey A. Morales. Joey uploaded the picture of this tattoo on his Instagram handle, with the caption,

Been tattooing @3_todaneck for 5 years now. Gave him his first tattoo when he was only a youngin at 19yrs old and its an honor knowing he only trust me with the ink🙏🏼 This guy has one of toughest comebacks out there. From breaking his neck playing for ASU, heading out and making a name for himself in Virginia State, to now playing for the Rams in the NFL. A truly inspiring journey. Hope for many more blessings in the future.🙏🏼 Like always, thanks for the trust bro!” 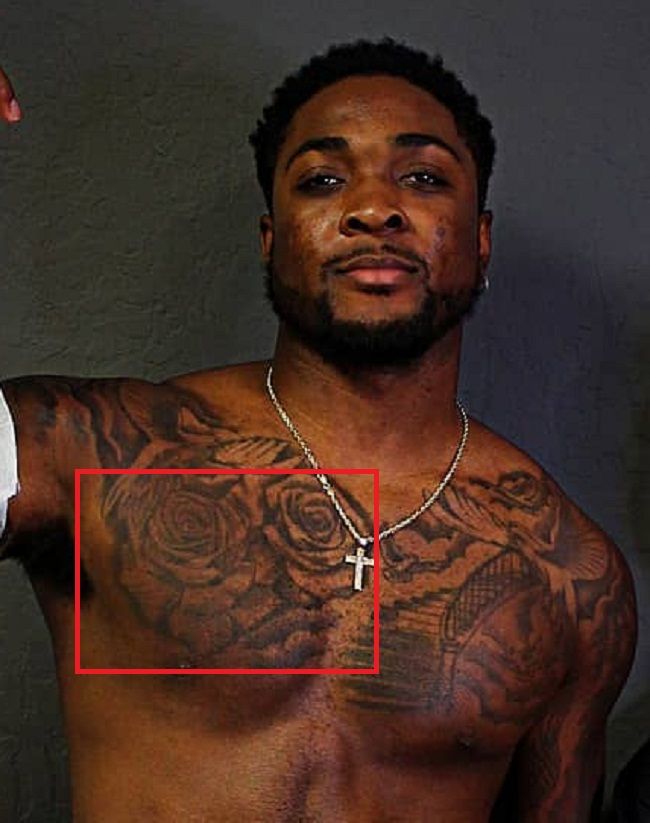 Meaning: Roses tattoo symbolizes emotions, love, feelings, passion, compassion, mature love, and protection from an envious lover. This tattoo was inked by the tattoo artist, Joey A. Morales, in March 2016. 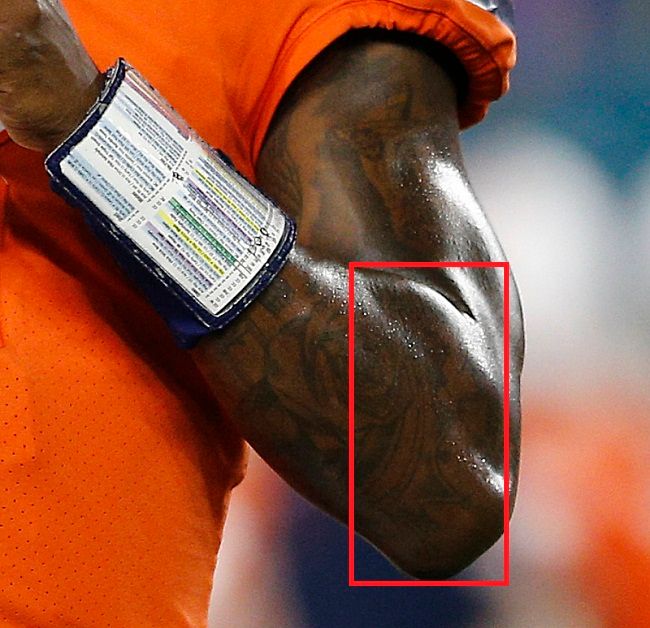 4. ‘Rose’ tattoo on his left forearm 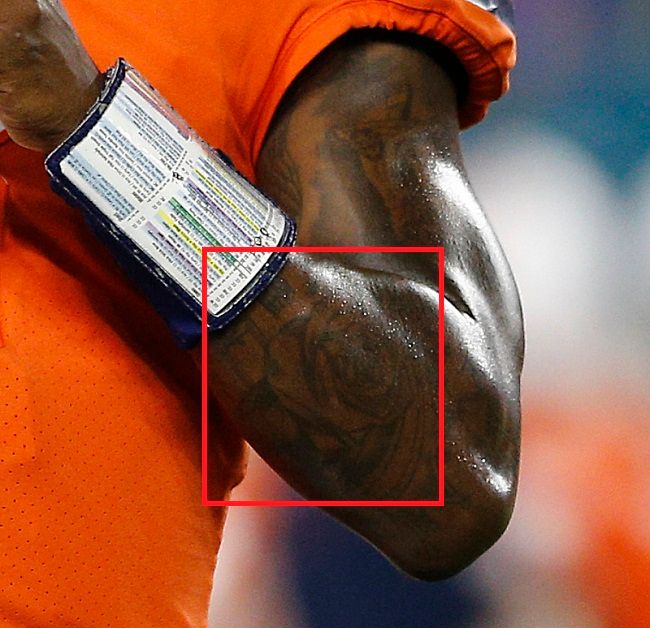 Meaning: All the tattoos of Bryce’s body are inked by the tattoo artist, Joey A. Morales since Bryce was just 19.

5. Tattoo on his left forearm 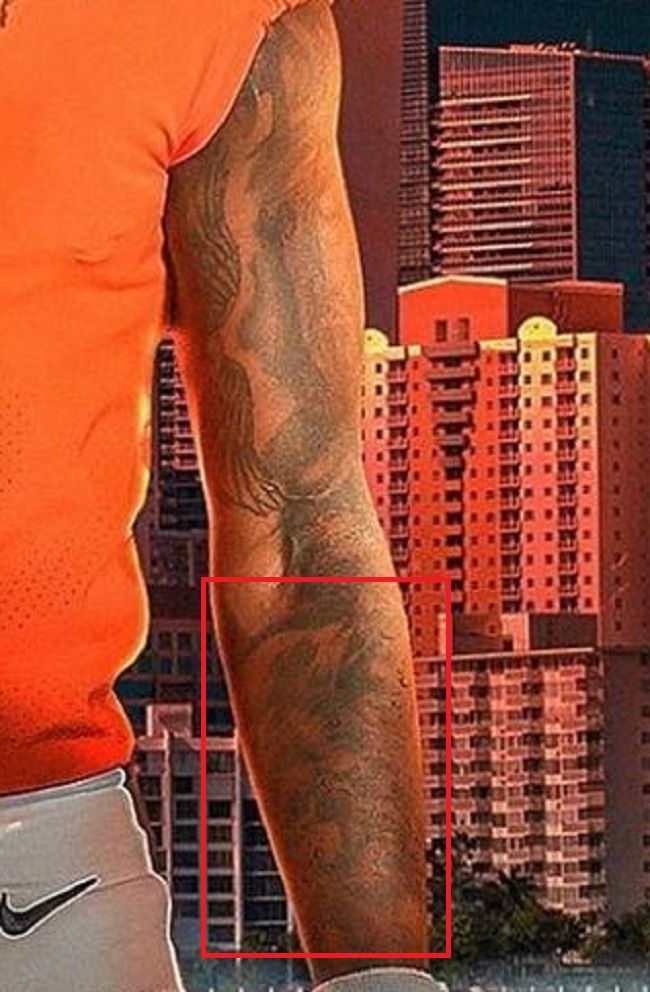 6. Tattoo on his left arm 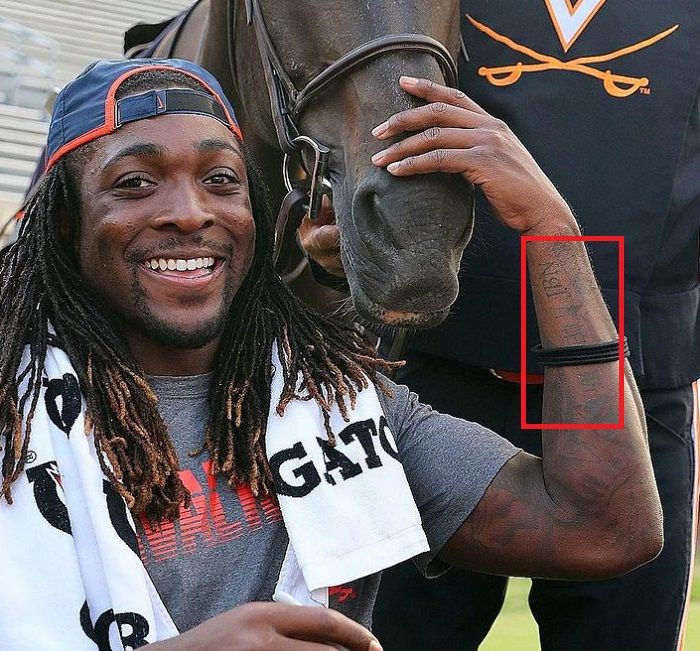 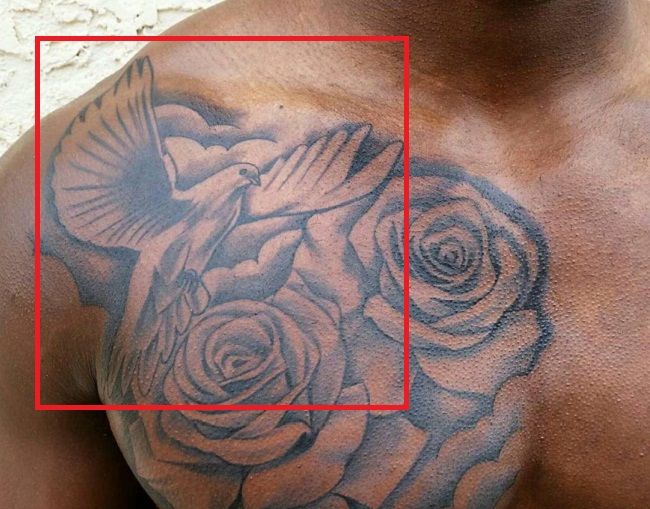 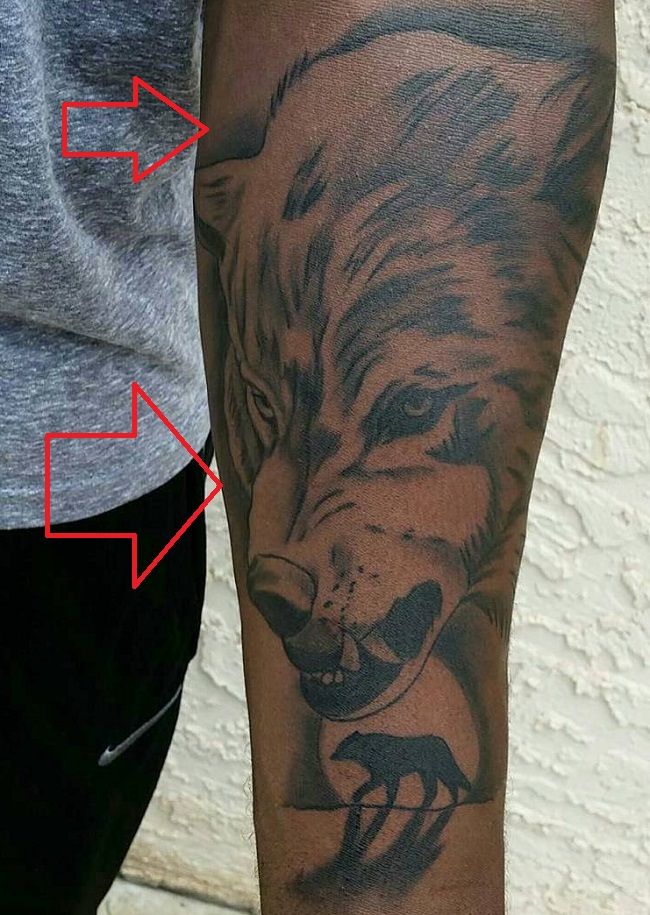 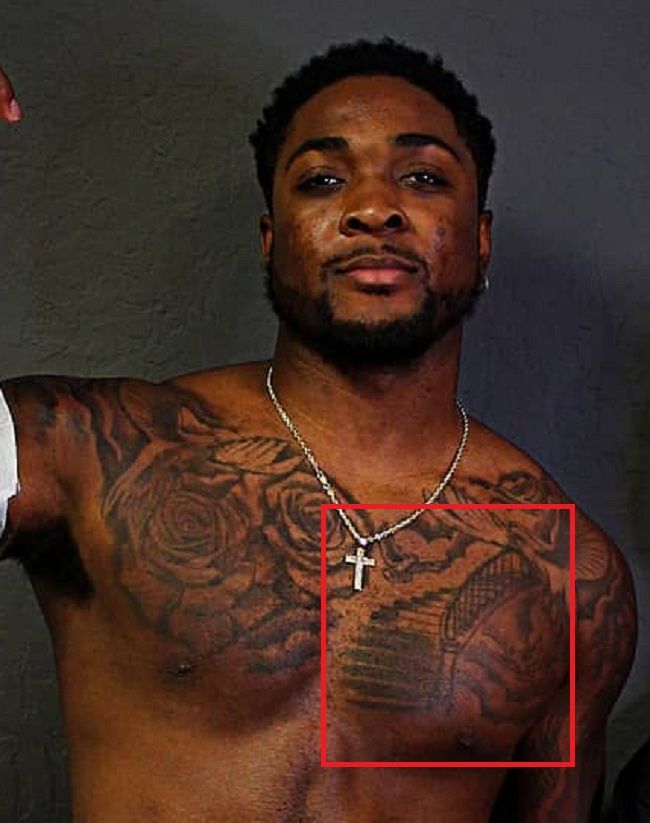 Tattoo: ‘Stairs to Heaven’ tattoo on his left pec. 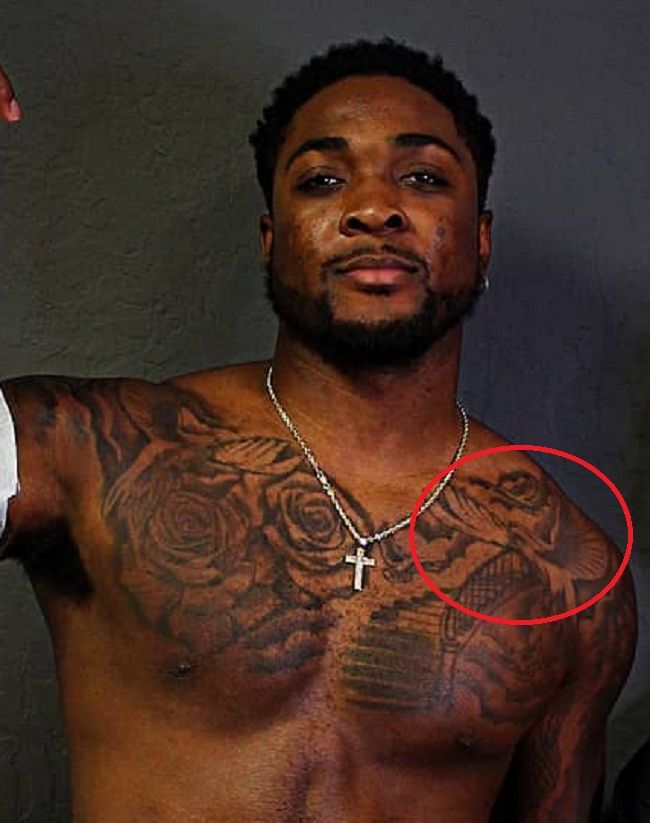 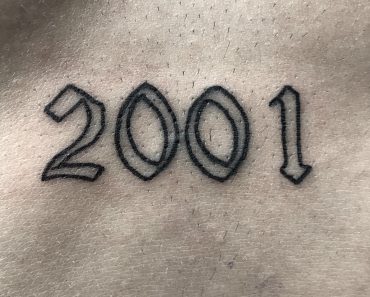 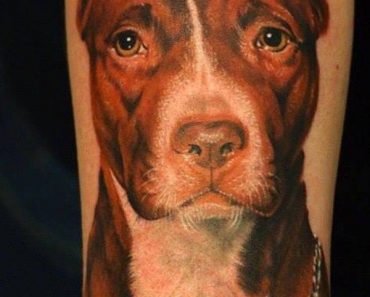 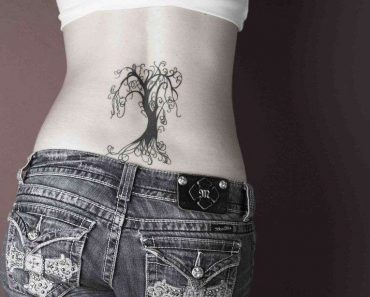 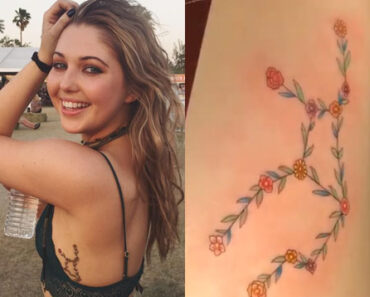