Elena Jane Goulding, better known by her stage name Ellie Goulding is an English Songwriter and Singer. Her debut album, Lights debuted at “NO.1” in UK Albums Charts. She won her first Grammy Award nomination for her single, “Love Me Like You Do”. Ellie has quite a few inks on her body. Let us explore those together. 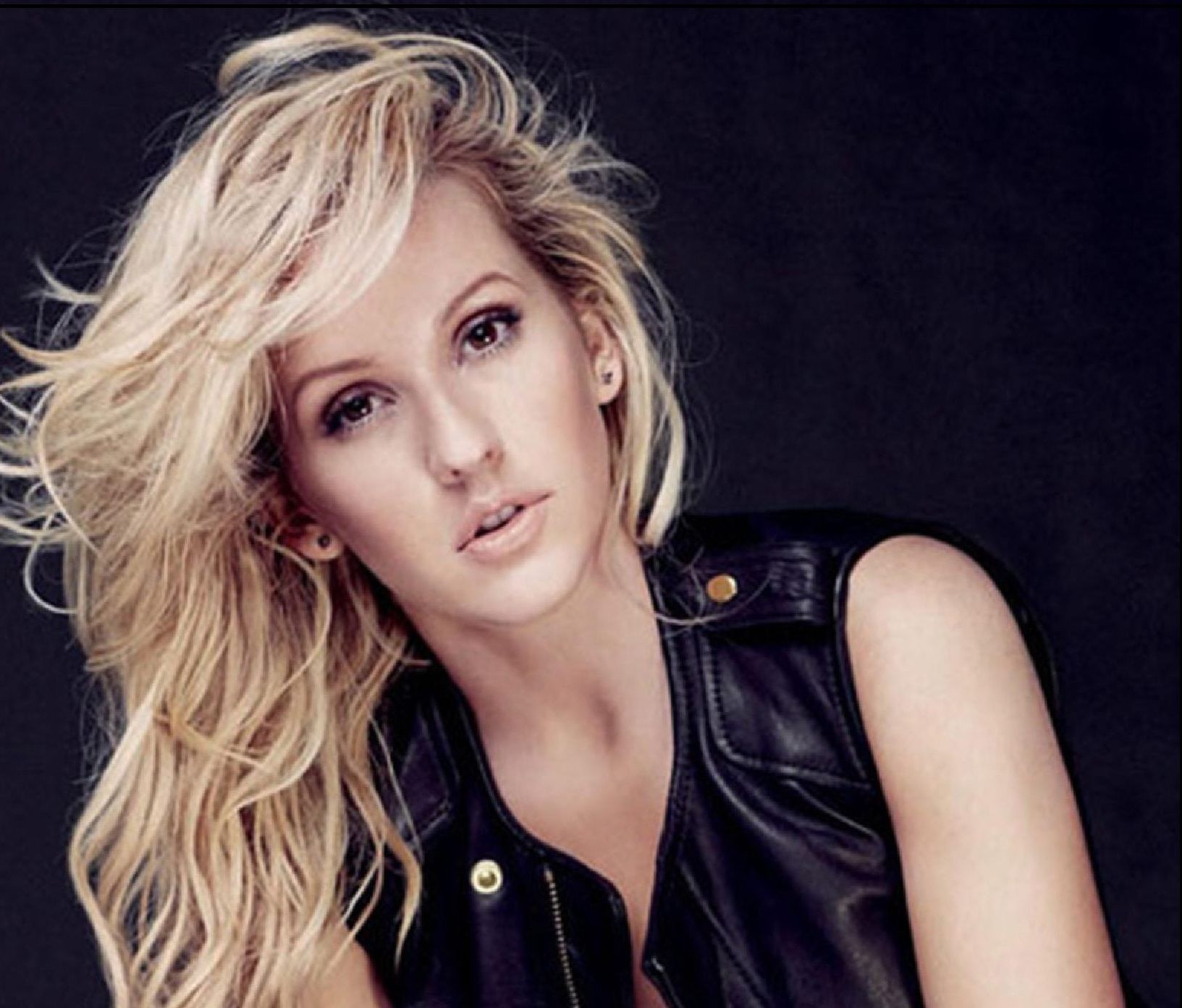 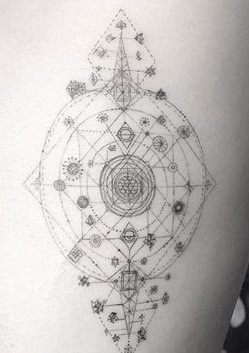 Meaning: The tattoo was done by Dr. Woo and was inspired by Ellie’s idea of stars, planets and the galaxy. 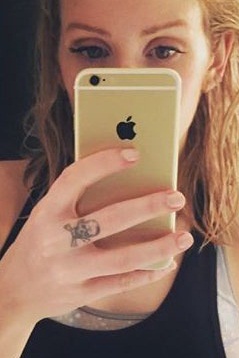 Tattoo: There is a small skull with crossbones tattoo on Ellie’s right middle finger.

Meaning: Ellie got this matching tattoo with her boyfriend. 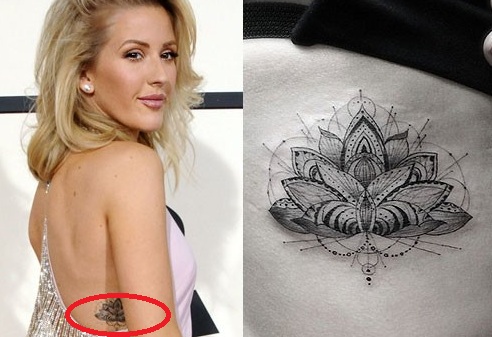 Tattoo: The singer’s right ribcage contains the tattoo of an intricate lotus flower. 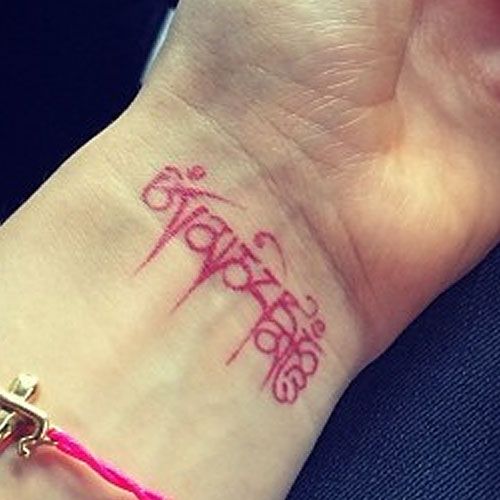 Meaning: The tattoo translates to, “Jewel in the Lotus.” 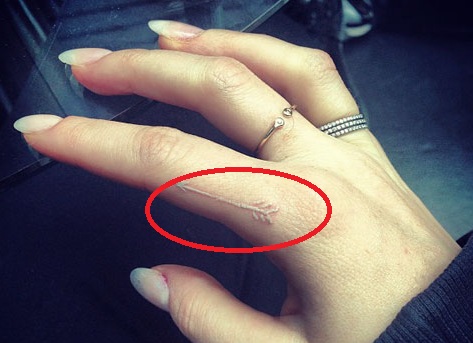 Tattoo: The side of Ellie’s right index finger sports the tattoo of a white arrow. 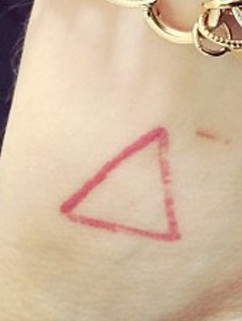 Tattoo: The inner side of Ellie’s right wrist contains a tattoo of a red triangle.

Meaning: Ellie told GQ magazine, “I got a random tattoo the other day. It’s a red triangle, which makes everyone think I’m arty, which I’m not. I used to draw red triangles all the time. It must mean something — maybe I don’t know it yet. But I’ll figure it out.”