George Jesse Hill Jr. is an American professional basketball player who plays for the Milwaukee Bucks in the NBA. He was selected by the San Antonio Spurs in the 2018 NBA Draft and has represented many big teams since then such as the Indiana Pacers, Sacramento Kings, and the Cleveland Cavaliers. There are many interesting tattoos adorned on his body. Let us take a look at them and explore the meanings behind them. 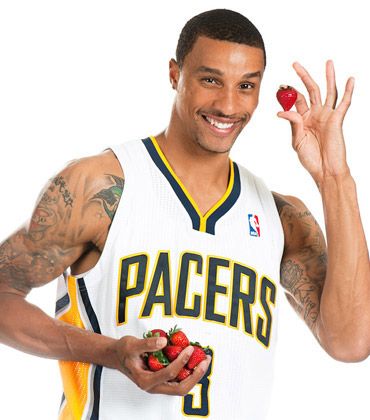 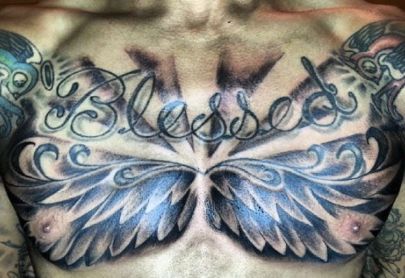 Tattoo: The word, “Blessed” is tattooed right across Hill’s chest and the lower parts of his pecs are covered in a design of wings. There are two birds tattooed on either side of the word too with halo rings over their heads. The one on the right is blue and the one on the left side is red.

Meaning: Hill got this blessed tattoo along with the birds and wings on his chest because he feels blessed by the Lord for all that he has achieved in his life. He is a religious person and is thankful to the almighty for always being there for him. 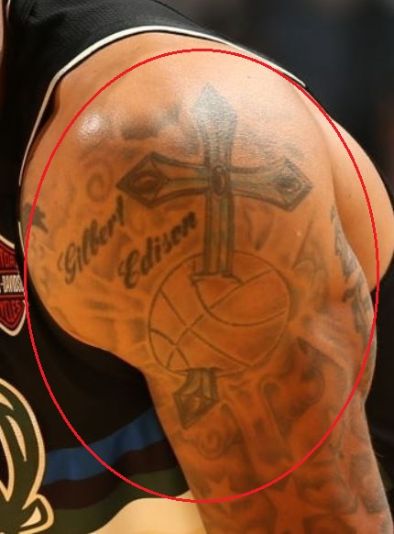 Tattoo: The left shoulder of the player contains a large tattoo of a cross on it that is piercing a basketball. There is also the name, “Gilbert Edison” tattooed right next to the cross.

Meaning: The tattoo is a tribute tattoo that he got for his great-grandfather, Gilbert Edison. When he had the opportunity to play college basketball, Hill chose to play for the IUPUI so that he could stay near his ailing great-grandfather as they were really close. Gilbert died after a few months and never got to see Hill play basketball at college. Afterward, Hill got this tattoo to honor him. 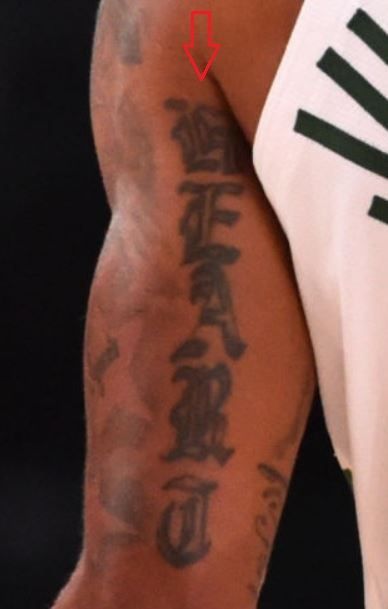 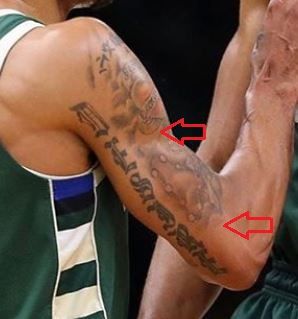 Meaning: Both the tattoos are motivational tattoos that represent that if you need to achieve something in life, you need to have the desire as well as the heart to chase after it, just like Hill did for basketball. 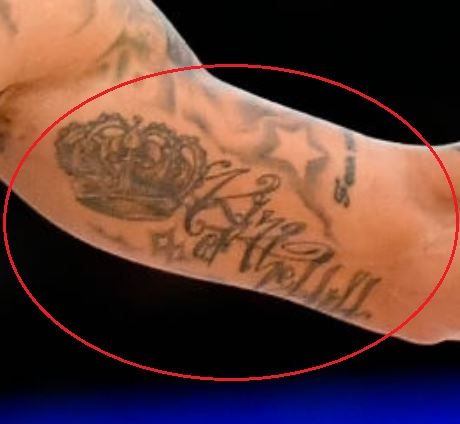 Tattoo: The athlete’s left bicep contains a tattoo of a crown along with the words, “King of the Hill” on it.

Meaning: The tattoo is another motivational tattoo for himself and is also a tribute to his time when he played for the Sacramento Kings. Hill dedicates a lot of his success to fans and is thankful to them for the love and support they shower him with, which is why most of the tattoos on his left arm are tribute tattoos for all the teams he has played with. 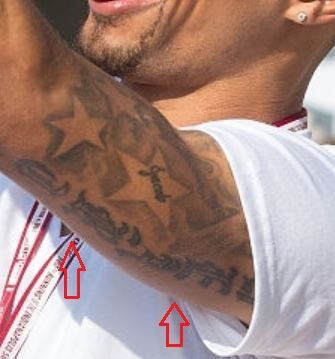 Tattoo: There are a few stars tattooed on his left upper arm that join all his tattoos and cover up the bare skin. The name, “Jacob” can also be seen in one of the stars. 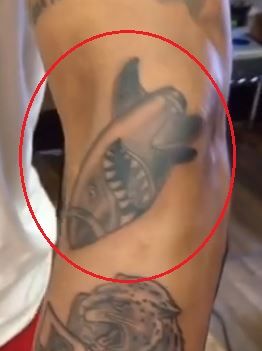 Tattoo: The upper side of his left forearm contains a tattoo of a rocket logo on it that has a big mean grin on its face.

Meaning: The rocket on his arm is a tribute to the Broad Ripple Rockets which is the name of his basketball team at Broad Ripple High School. 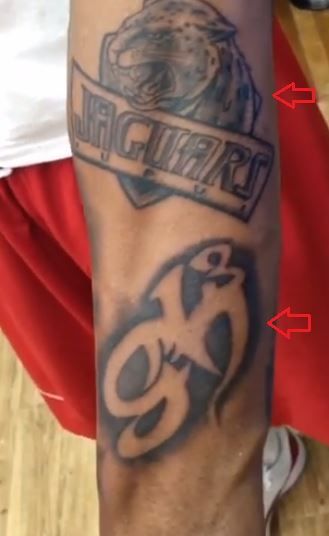 Tattoo: The upper side of his left forearm contains a tattoo of a logo of a Jaguar on it and below it is a tattoo of the letters, “g” and “h” along with the letter 3.

Meaning: The tattoo of the Jaguars logo on his arm is a tribute tattoo to the IUPUI Jaguars, his college basketball team. The “gh3” on his arm represents his own logo and is made up of his initials, “g and h” along with his jersey number, 3. 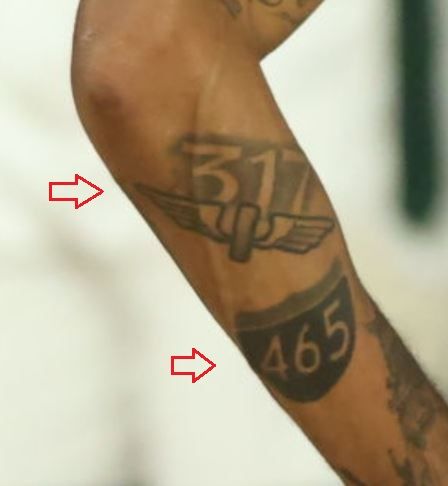 Tattoo: The backside of his left forearm contains the logo of the 465 Interstate on it. Above it is another tattoo of the number 317 along with a bar with wings on it.

Meaning: George’s tattoo artist, Timothy Boor said, “Still have a lot more to go to finish it but it was a good start. It’s a tribute to Indiana and all of the teams he grew up playing with”. The Interstate 465, also called USS Indianapolis Memorial Highway circles Indianapolis and is a tribute tattoo for both his University as well as his hometown. The number 317 is done along with the logo of the Indianapolis Motor Speedway. 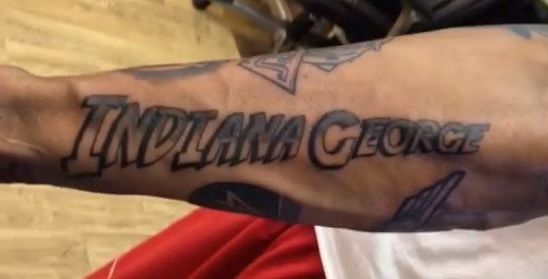 Tattoo: The side of his forearm contains the words, “INDIANA GEORGE” tattooed on it.

Meaning: This is another tribute tattoo for the city that he grew up in and represents his nickname that he gave himself. It is also his username on Instagram followed by his jersey number, 3. 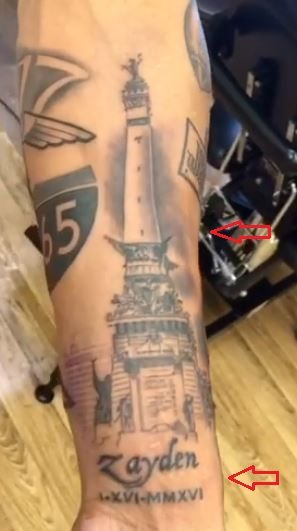 Meaning: The monument on his left arm is also from his hometown. It is a tattoo of the Soldiers & Sailors Monument in Indianapolis and is a tribute tattoo for the same. The name on his arm is the name of his son, Zayden Jaxon Hill whom he adores very much and the numerals represent his son’s date of birth which is January 16, 2016. 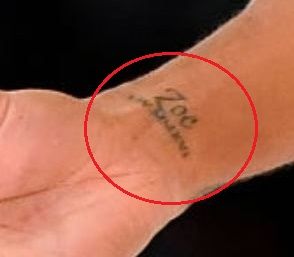 Tattoo: The inner side of his right wrist contains the name, “Zoe” tattooed on it along with the roman numerals, “I-IV-MMXVIII” below it.

Meaning: The tattoo represents the name of George’s second child, his daughter, Zoe Jessie Hill, along with her date of birth, January 4, 2018. There is an error in the tattoo as the roman numeral representing the year 2018 should be “MMXVIII” but are actually, “MMXVI” which is for 2016. 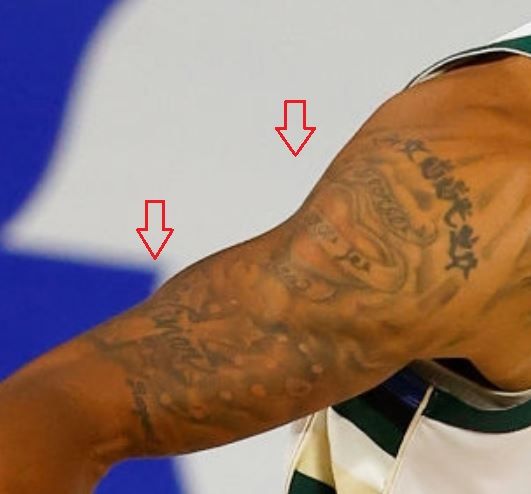 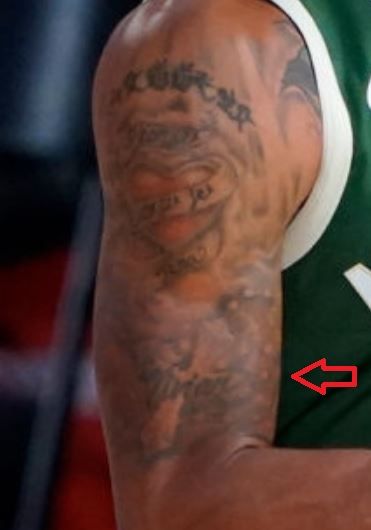 Tattoo: The right shoulder of the basketballer contains a few Japanese characters tattooed on it at the top. There is a tattoo of a heart covered in banners with words written on it on his upper right arm along with a cross with the name, “Vivian” tattooed on it. The cross is a pendant and it’s chain runs around on his arm and is attached to the heart above it. 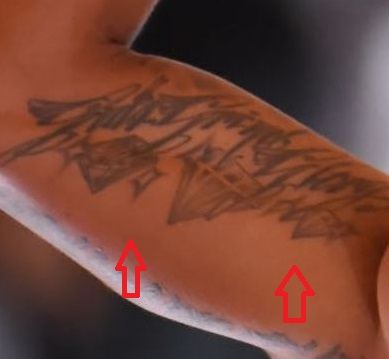 Tattoo: George’s right bicep contains a quote tattooed on it along with three diamonds tattooed below it. 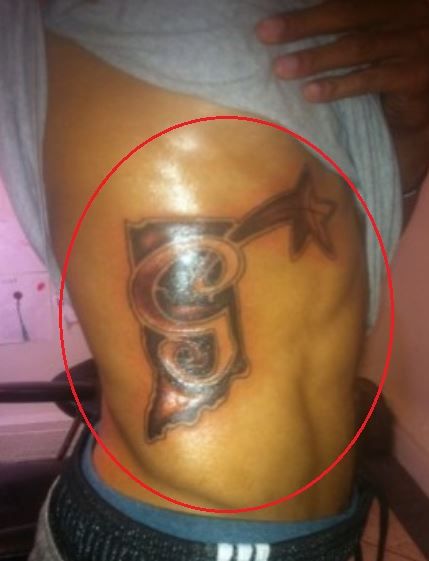 Tattoo: George’s right side contains a tattoo of the letter, “G” on it, done on the map of Indiana. There is also a star emerging from the map, completing the whole design.

Meaning: The whole design is a rendition of the famous Star of Indiana logo only here, it is done with his initial, “G”. George has nothing but love and respect for the place that he was born and grew up in and this is another one of his tribute tattoos for the same. 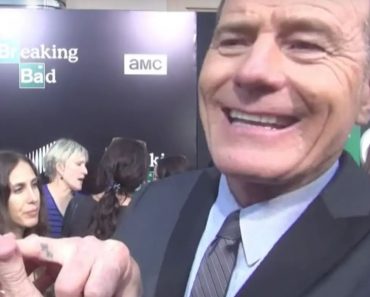 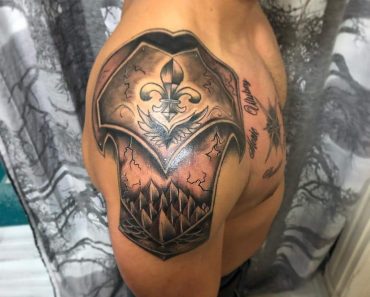