Kristen has always been in the limelight since her twilight days. She got an immense fan following who support her through her thick and thin. Not a tattoo buff, Kristen still sport some tattoos on her body and here are the tattoos she got.

1. ‘ONE MORE TIME WITH FEELING’ Tattoo 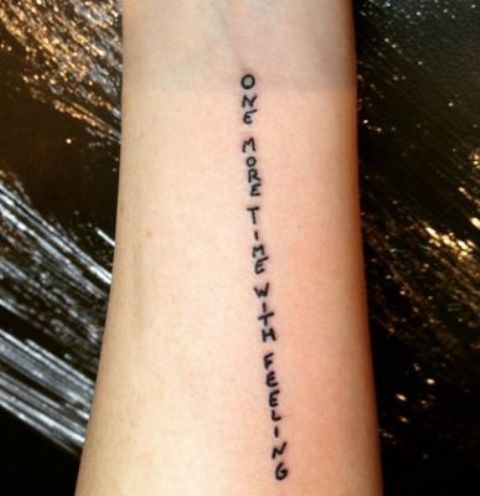 Tattoo: ‘ONE MORE TIME WITH FEELING’ Tattoo on her left forearm.

Meaning: Kristen Stewart got on her left hand a tattoo written upside down which says, ‘ONE MORE TIME WITH FEELING’.

Meaning: Kristen Stewart got a tattoo of arrows on the back of her right arm, just above the elbow. The same can also be seen on her ex-girlfriend, Alicia Cargile’s body on a different body part. Kristen and Alicia dated for a shorter period in 2013. 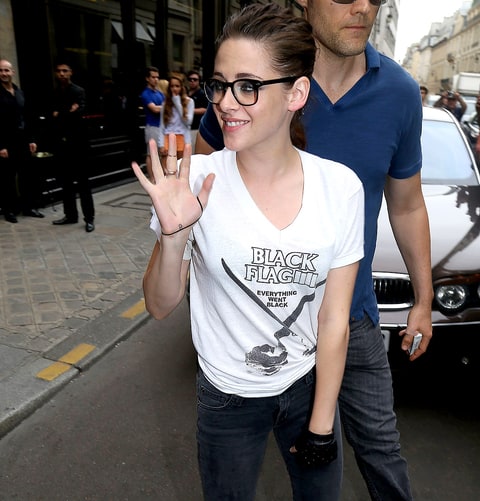 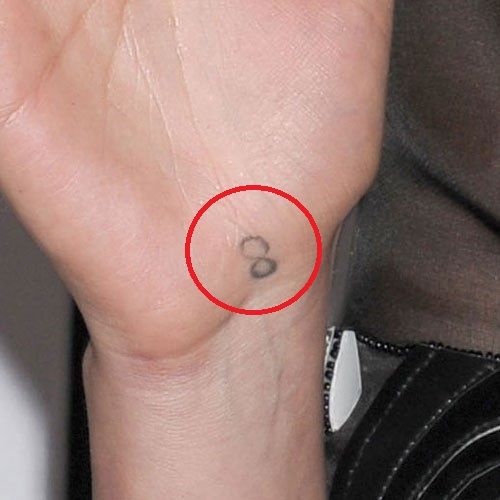 Meaning: This is the matching tattoo that Kristen got inked along with fellow ‘The Runaways’ actress Scout Taylor Compton. 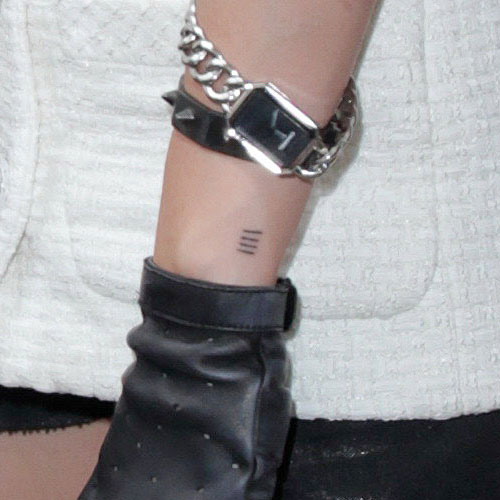 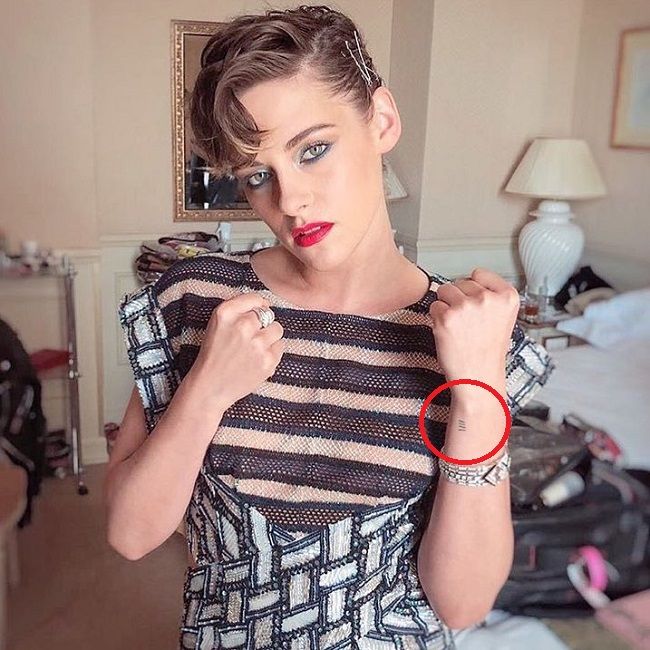 Meaning: Kristen Stewart has a tattoo of four lines near her right wrist which represents the punk band, ‘Black Flag’. 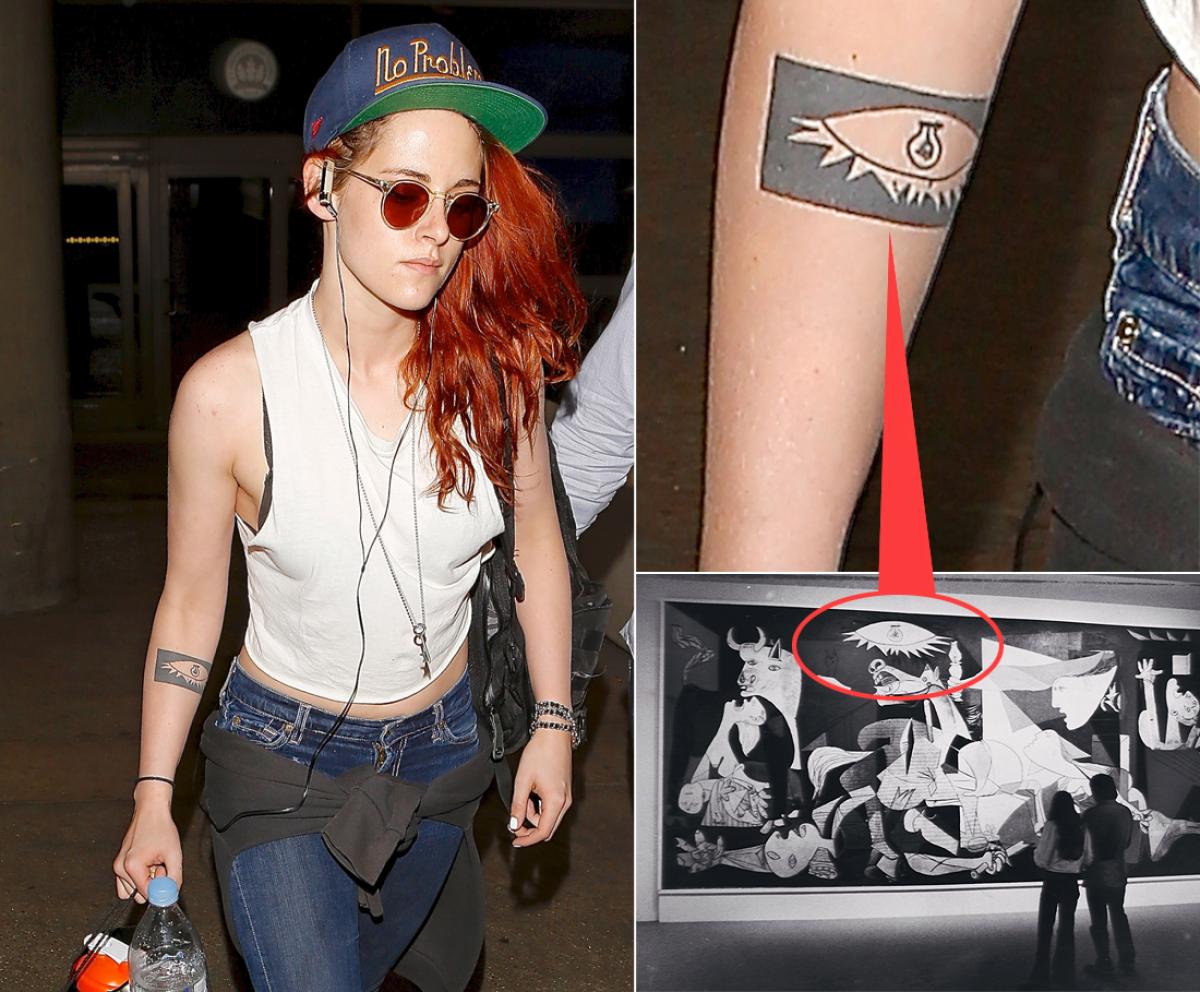 Meaning: Kristen got a fake tattoo while filming ‘Clouds of Sils Maria’ (2014) which she later turned into a permanent one. In an interview, Kristen said,

This is part of ‘Guernica.’ It’s a Picasso painting that I saw when I was 18 and in Madrid. It f–king floored me and it’s the first time I responded to a piece of art like that. It is just perfect for me. I love what it makes me think of. It’s like ‘keep going, and keep the f–king light on.”

This tattoo is a black rectangle with an eye in the negative space. The center of the eye looks like a light bulb. 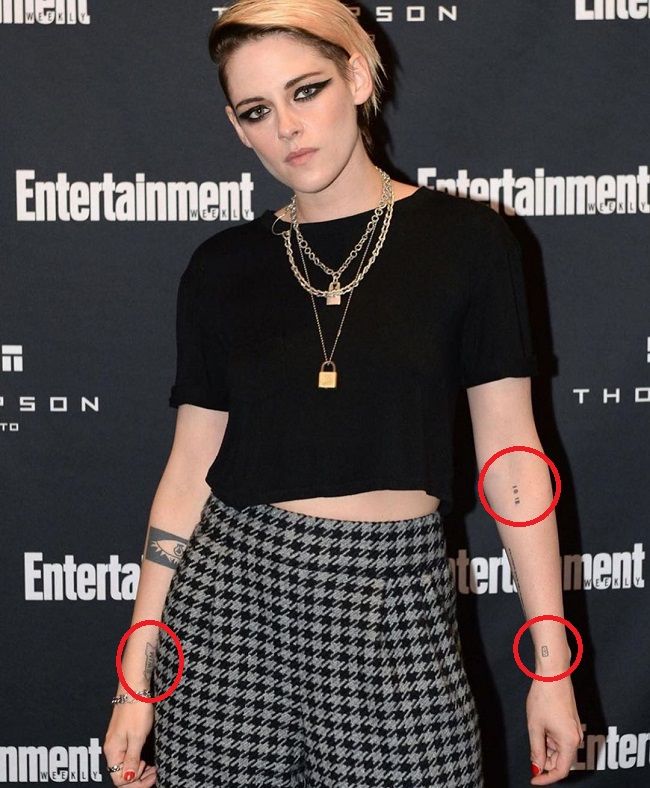 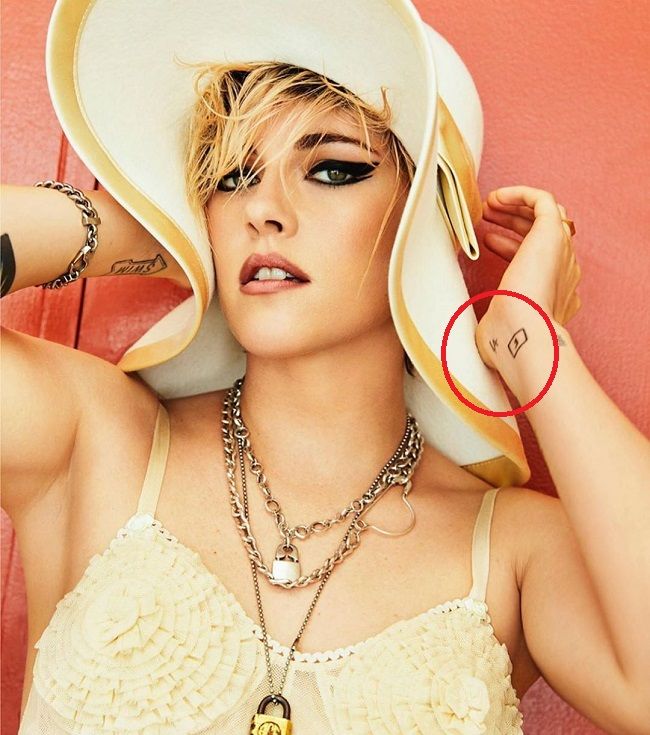 Tattoo: ‘Unidentified’ Tattoos on her arms.

Meaning:  No clear piece of information regarding these tattoos is available. 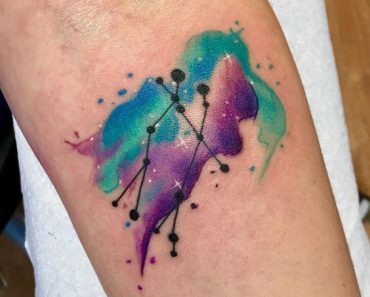 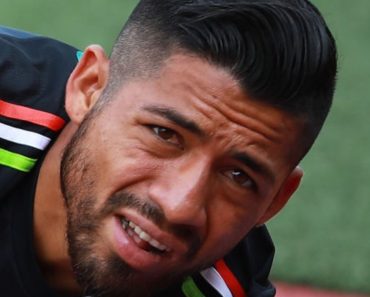