Lindsay Dee Lohan, a splendid personality of Italian and Irish descent. This July born diva is an American and her sweet sounding symphony is an added parameter. She started her career as a kiddie modeling at the tender age of 3. She has worked as a model for brands like Abercrombie & Fitch Kids (A&F Kids) and Calvin Klein Kids. Lindsay’s television entree came in 1996 when she gained the ingenue of Ali Fowler on the soap opera Another World. Her quantum leap was back in 1998 when she smartly showed off twins in the Disney remake of “Parent Trap.” Lindsay is indeed a tattoo freak. Her body inks say it well. Let’s see and read what her tattoos mean. 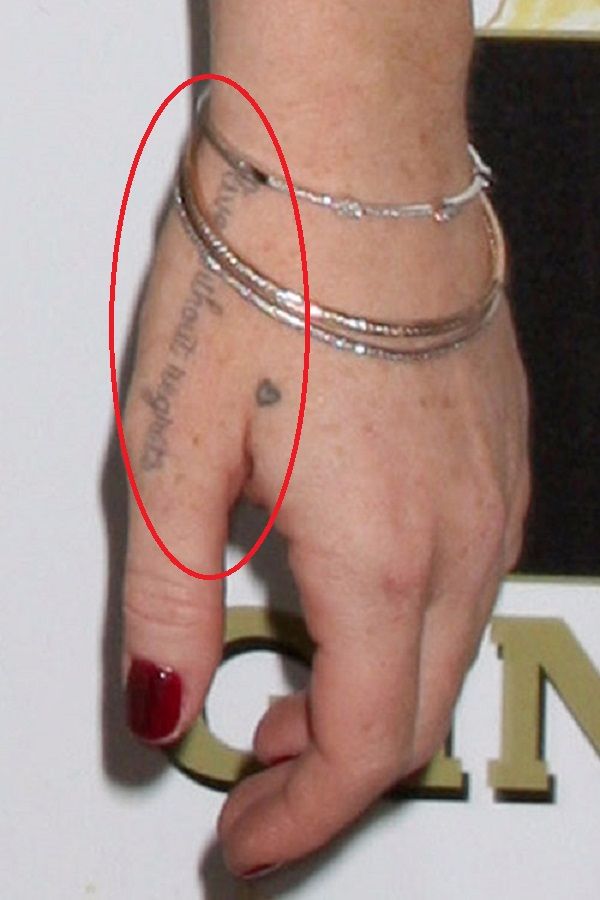 “Live Without Regrets” is what her hand tattoo says. It is inked next to her heart tattoo. This depicts her optimistic view today’s life. Sources told TMZ that she got this tattoo in January 2012 because “she was at a great point in her life and she wanted to do something she’d always remember.”

2. I  leave before being left. I decide. 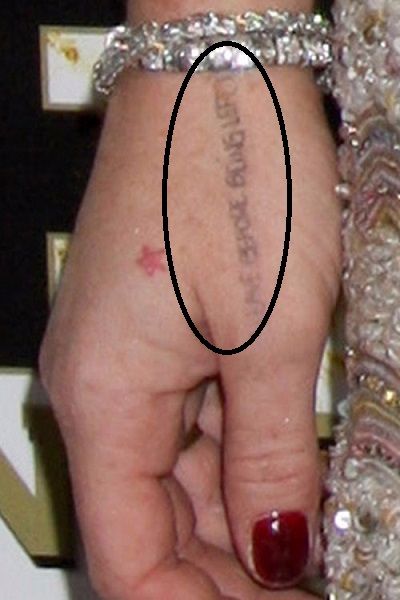 A tattoo on the side of Lindsay’s hand reads “I  leave before being left. I decide.” in caps lock. This quote comes from actress Brigitte Bardot and it conveys to the rage to curb one’s own fate and the confidence of managing your life according to your will. 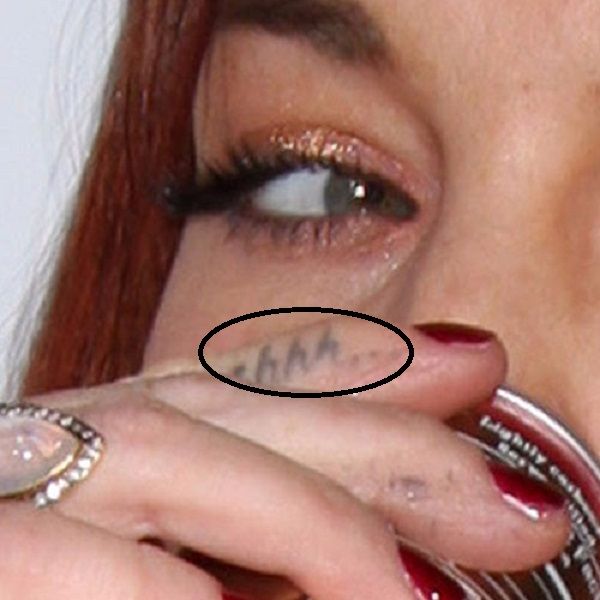 “Shhhh” tattoo on Lindsay’s forefinger stays intact. It is a copy of Rihanna’s tattoo. She got it matching with Lily Allen.

4. Stars, all we ask for is our right to twinkle 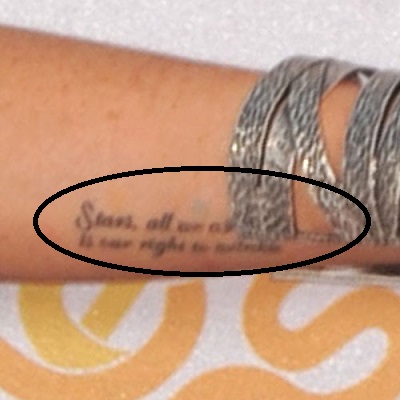 Lindsay Lohan has a yoke of quotes from Marilyn Monroe on her forearms. On her left arm, it reads, “Stars, all we ask for is our right to twinkle.” Such a tattoo shows her urge to fly high without any restrictions.

5. I restore myself when I’m alone 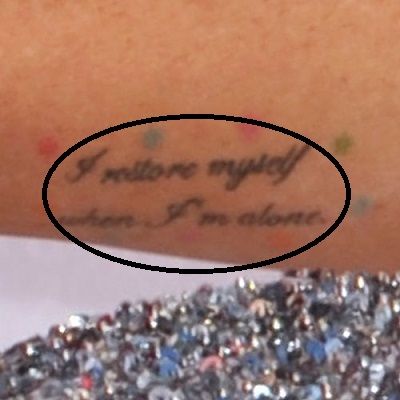 On Lindsay Lohan’s right forearm she has got inked a phrase, which reads, “I restore myself when I’m alone.” It is hedged in by vibrant stars. Actually, it is a quote from Marilyn Monroe and resembles another quote on her opposite arm. 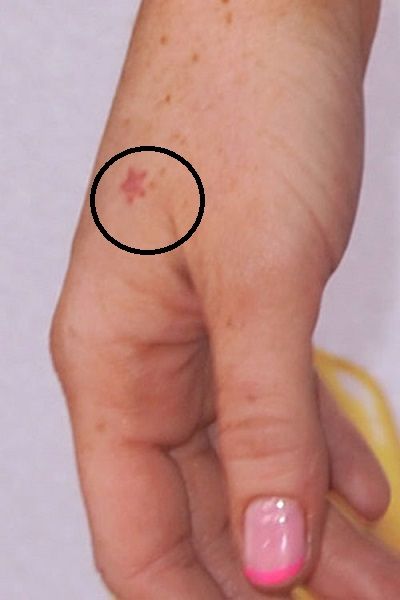 Lindsay Lohan has a red star inked on her right hand to be at par with the stars on her then-girlfriend Samantha Ronson’s arm. When asked about, she told Marie Claire, “Samantha has a bunch of stars, so I got that”. Lindsay got the tattoo in June 2008, at the same time that she and Samantha got matching heart tattoos. 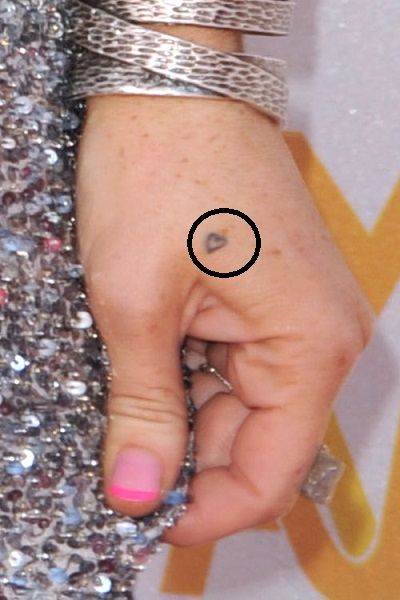 The little heart on Lindsay Lohan’s left hand is a matching tattoo with ex-girlfriend Samantha Ronson. They got the tattoos in sync back in June 2008, but few reports say that Lindsay had the tattoo done in white ink two years ago. Lindsay got hers done over in black while Samantha got one to match. In 2011, Samantha covered her heart with a new tattoo, but Lindsay’s is still intact. 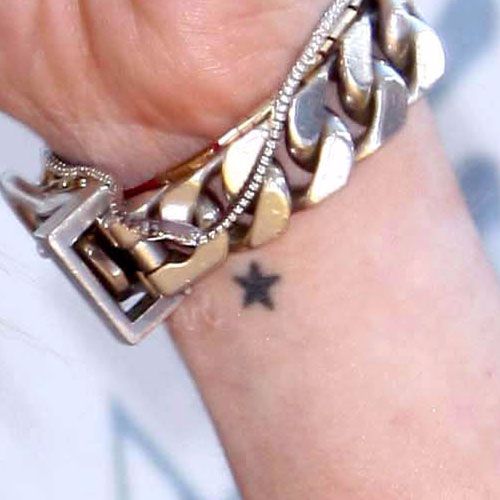 Inside Lindsay Lohan’s left wrist is a small black star and another white ink tattoo. Stars depict protection and guidance. 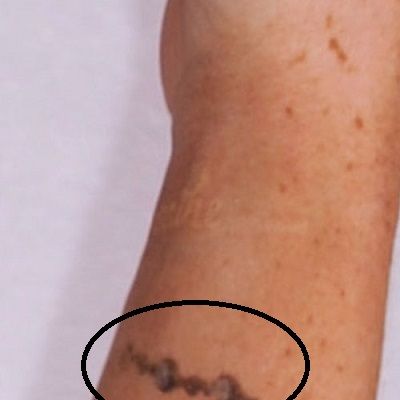 After she got attacked by asthma, Lindsay had “Breathe” inked in white on her right wrist. She says, “The attack was a big deal, so I wanted to commemorate it on my body as a reminder.” Also, tattoo reminds her to little manage her pace of life and then try to feel every bit of it. In an interview, she said, “I forget to breathe sometimes.”

10. Clear as a crystal sharp as a knife/ I feel like I’m in the prime of my life 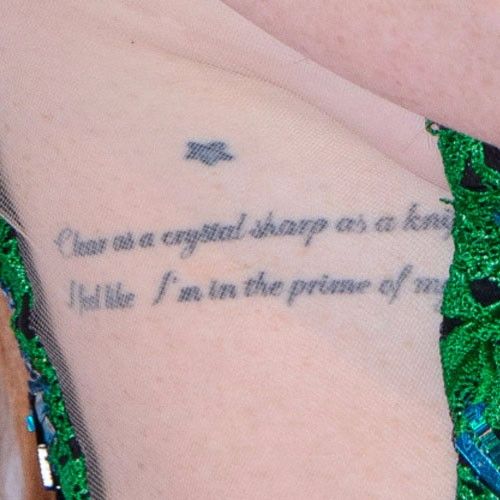 A little black star along with the lyrics, which read, “Clear as a crystal sharp as a knife/ I feel like I’m in the prime of my life” had been inked on Lohan’s right side. It is from the song “I go to extremes” by Billy Joel. 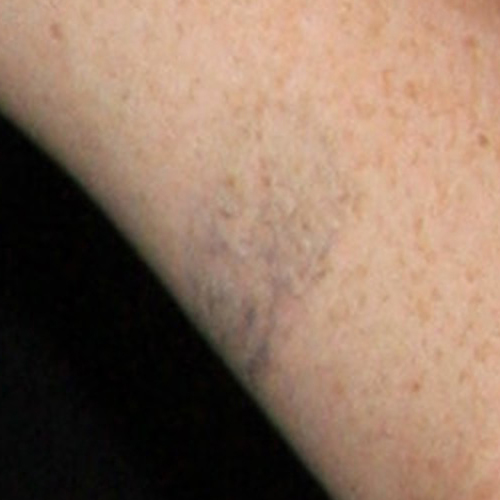 A low-pitched tattoo of a sleeping girl is there on the upper left arm Lindsay Lohan. When asked, Lindsay opted for the design because she says she liked the innocence of a girl. 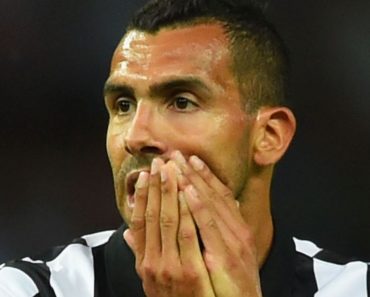