Michelle Jacquet DeSevren Branch is an American songwriter, singer, and actress known for her famous song, ‘The Game of Love’, for which she won the Grammy award. Apart from her music career, she has a craze for tattoos. Many times she has got her various body parts inked with beautiful tats. Let’s have a look at them along with their meanings. 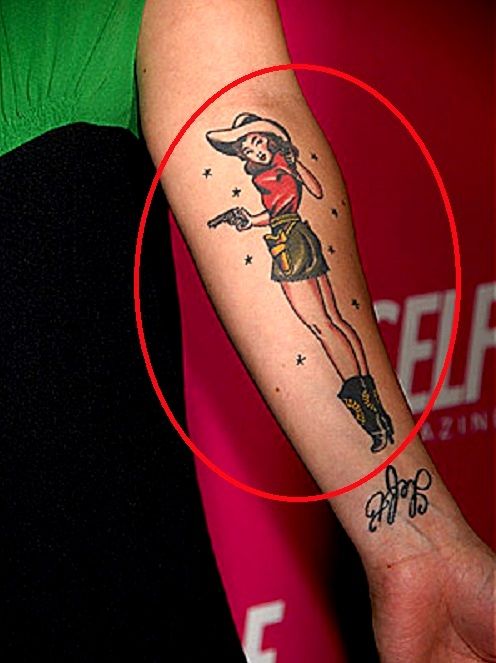 Meaning: Michelle has a big cowgirl tattoo on her left forearm, where the cowgirl is seen shooting a gun. This tattoo was inked when Michelle was working with Jessica Harp as The Wreckers (2005-2007). In an interview, she said 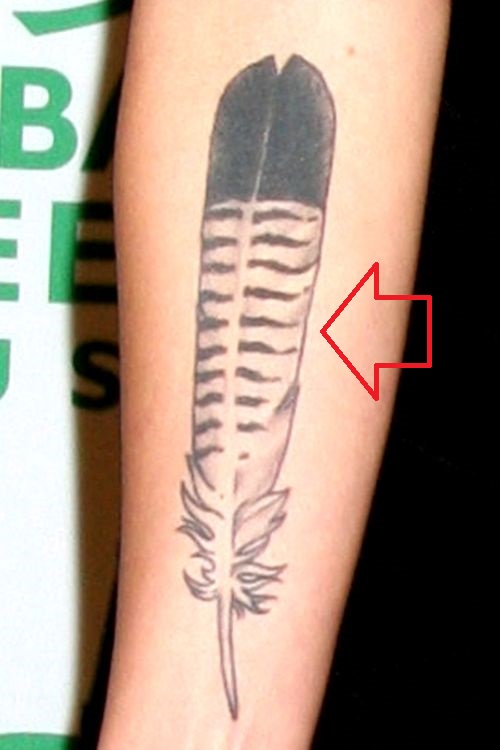 Meaning: The feather tattoo is a symbol of truth, courage, freedom, travel, honor, and power. 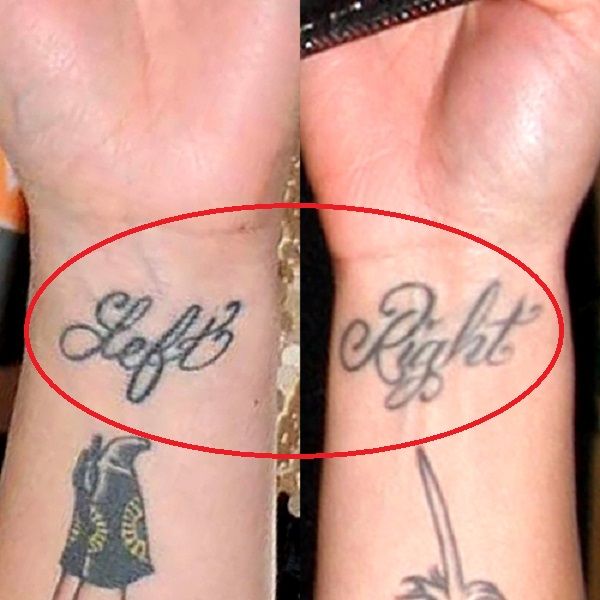 Tattoo: ‘Left and Right’ Tattoo on her wrists.

Meaning: Michelle wanted to do something unexpected and quirky, so she got inked ‘right’ on the right wrist and ‘left’ on the left wrist. In an interview, she said,

Most people get something really meaningful written in cursive on their wrists and I thought from far away it just looks like something meaningful, beautiful. And I have a little bit of a goofy sense of humor so I thought well it’d be funny if people ask me what it is.” 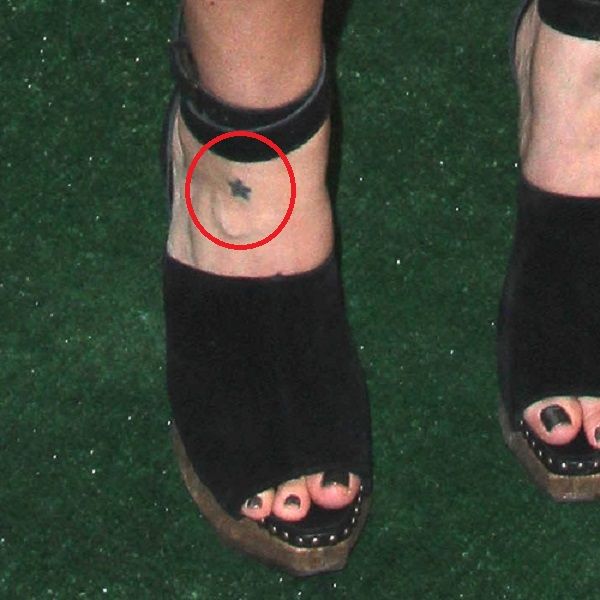 Meaning: Michelle got a star inked on her right foot to honor her nominations at the Grammy’s for three years, 2003, 2004, and 2007. In 2003, Michelle, along with Carlos Santana, won the Grammy Award for ‘Best Pop Collaboration with Vocals’. In an interview, she said,

I would get a tattoo at different career milestones—having a record go gold or platinum, stuff like that. It was so surreal. Everything on my first record happened so fast, and no one knew what to expect. To be nominated for a Grammy completely caught me off guard because I was this teen artist, and it meant that all of my peers and people I looked up to were recognizing what I was doing. It was the most flattering thing. I never dreamed of being there—I never, ever thought I’d be nominated. I wasn’t old enough to drink, so I got tattoos instead.” 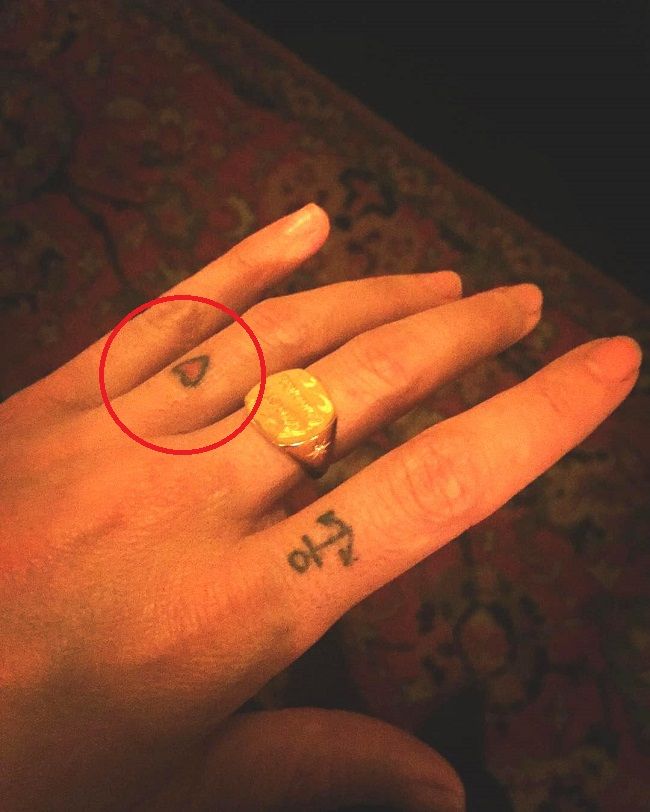 Tattoo: ‘Tiny Heart’ Tattoo on the ring finger of her left hand.

Meaning: Michelle Branch got this tattoo inked when she was married to Teddy Landau (2004-2015). In an interview, she said

I have a heart on my ring finger in case I forget to wear my wedding rings.”

They have a daughter named Owen, who was born on August 3, 2005. However, the couple got legally separated in November 2015. After the split, Michelle started dating Patrick Carney and gave birth to his son, Rhys James Carney, on August 28, 2018. The couple got married on April 20, 2019.

Even after the split with Teddy Landau, Michelle still has this tattoo on her ring finger. 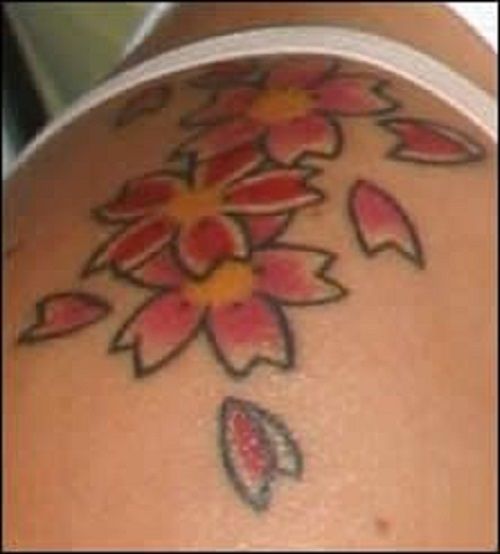 ‘Flowers’ tattoo on her left shoulder 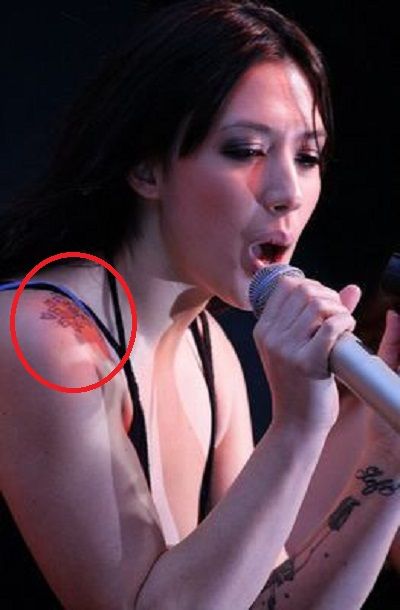 ‘Flowers’ tattoo on her right shoulder 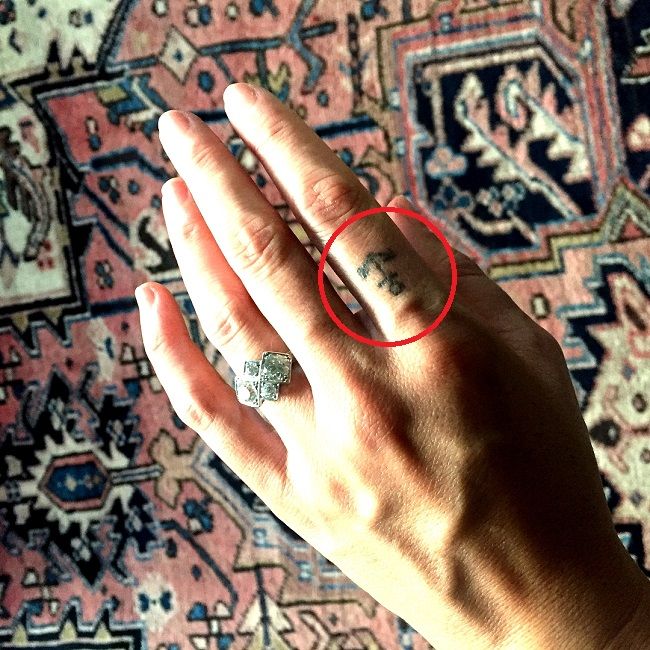 Tattoo: ‘Anchor’ Tattoo on the index finger of her left hand. 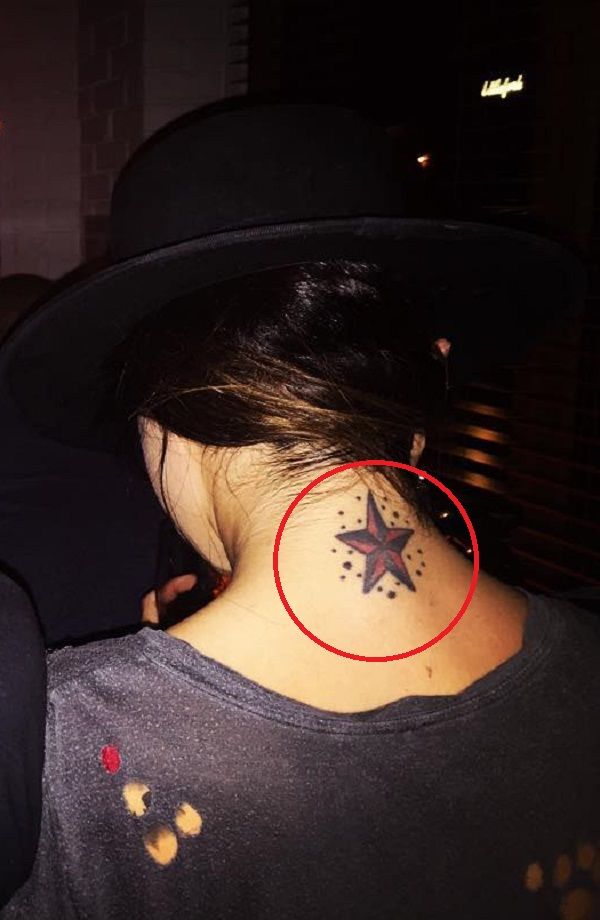 Tattoo: ‘Nautical Star’ Tattoo on the nape of her neck.

Meaning: Michelle got this ‘nautical star’ tattoo inked when she was a teenager. 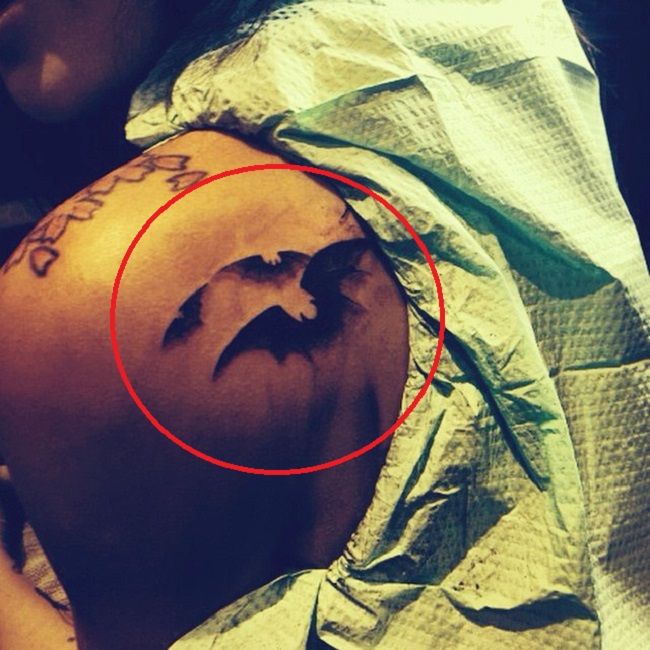 Tattoo: ‘Bats’ Tattoo on the left side of her back.

Meaning: Earlier, Michelle had a musical note tattoo in the same place which she had got inked when she was 15 years old. In August 2014, Michelle decided to get her musical note tattoo-covered with the bat tattoo by the tattoo artist, Rustle. She uploaded the picture of this tattoo on her Instagram account with the caption,

now you don’t! @jillaugusto and I got tattooed last week with @crushrus – this was a solid cover up job. Bye bye music note tattoo I got at 15! 🙌 #tbt” 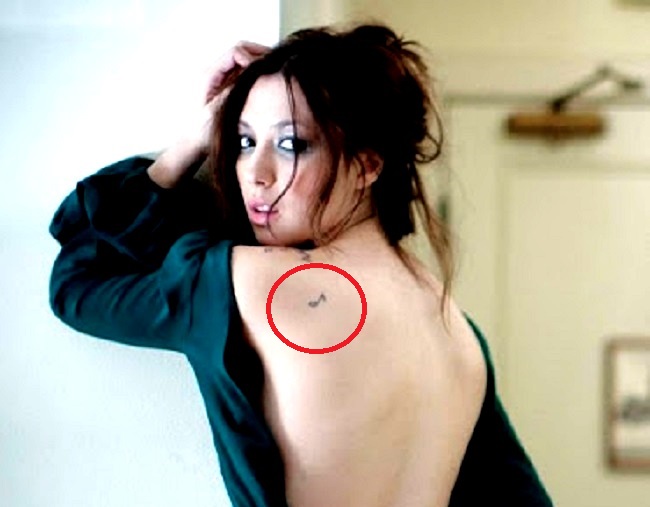 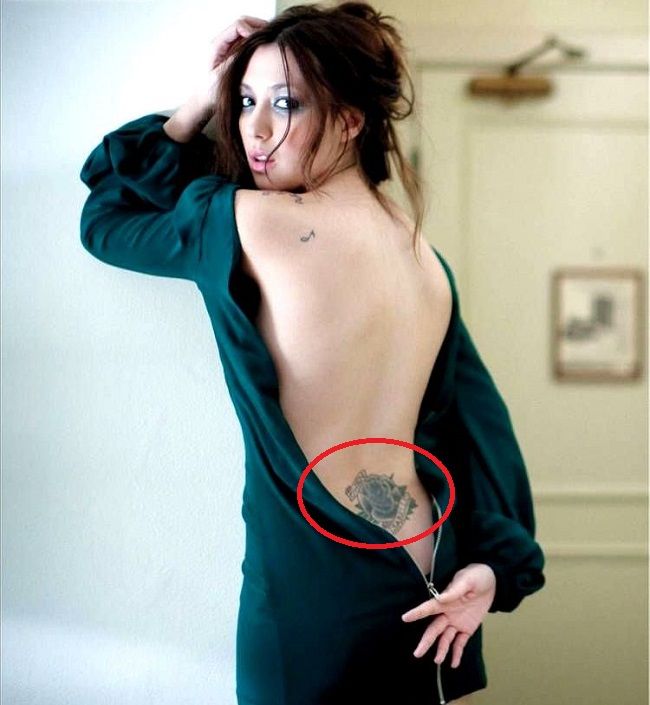 Tattoo: ‘Rose Banner’ Tattoo on her lower back.

Meaning: Earlier, Michelle had ‘kanji’ tattoo on her lower back, which is called as a Japanese system of writing using Chinese characters. Later, she got her ‘kanji’ tattoo covered with the ‘rose banner’ tattoo. A clear piece of information about what is written on the banner is not known. Generally, a rose tattoo is a symbol of love, passion, desires, new beginnings, joy, hope, protection against an envious lover, and mature love. 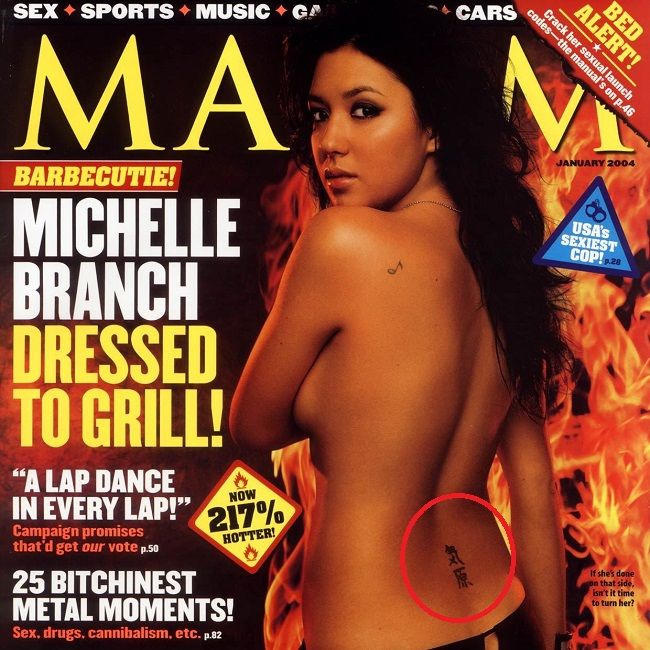 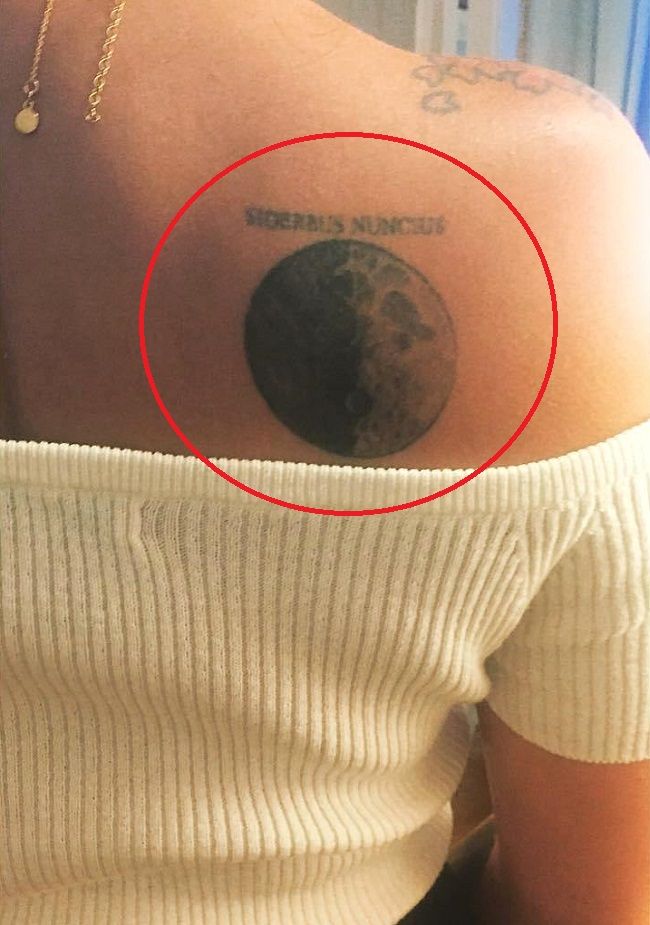 Tattoo: ‘Galileo Galilei Drawing Sidereus Nuncius’ Tattoo on the right side of her back. 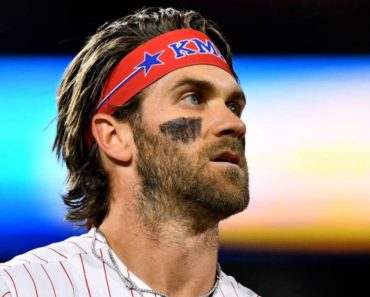 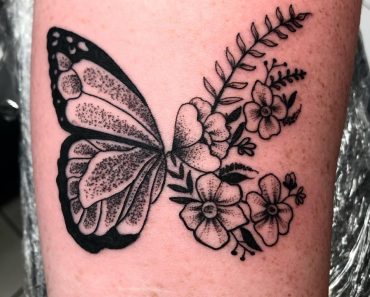