Mike Perry is an American professional mixed martial artist who made his debut in September 2014. He has got several tattoos on his body. Let’s have a look! 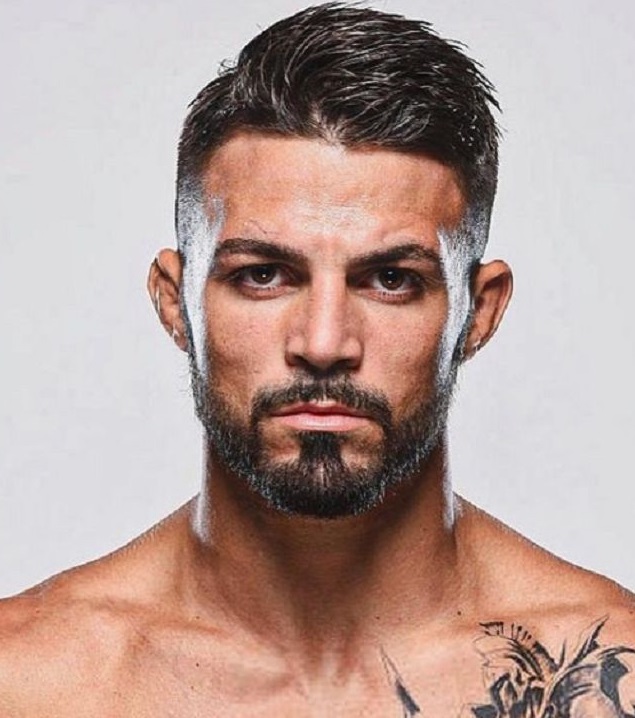 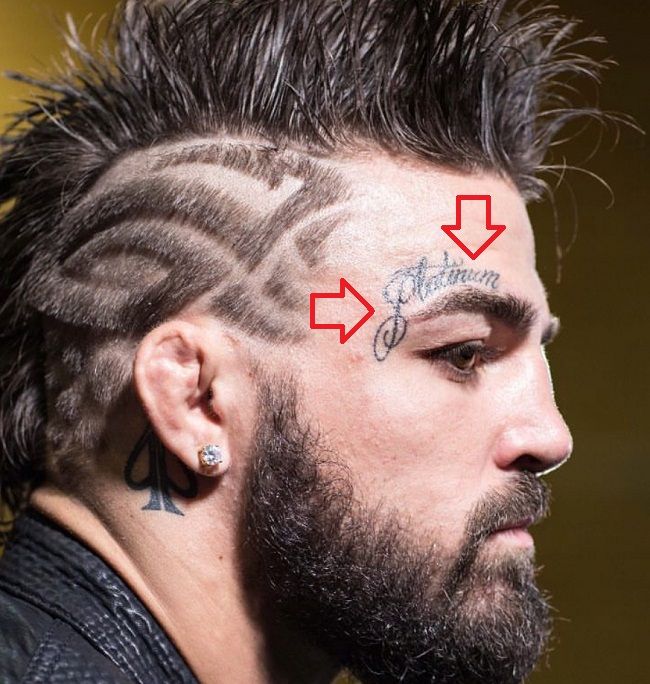 Meaning: In 2017, Mike Perry got the tattoo of his nickname ‘Platinum’ inked near his right eye. In an interview with UFC unfiltered, he said,

It was after my UFC debut, I was like, ‘Y’all let me in, I done shocked the world. Now, that you let me in, I’m gonna shock them again and get a tattoo on my face. I’m gonna keep shocking y’all.”

2. Tattoo on his lower abdomen 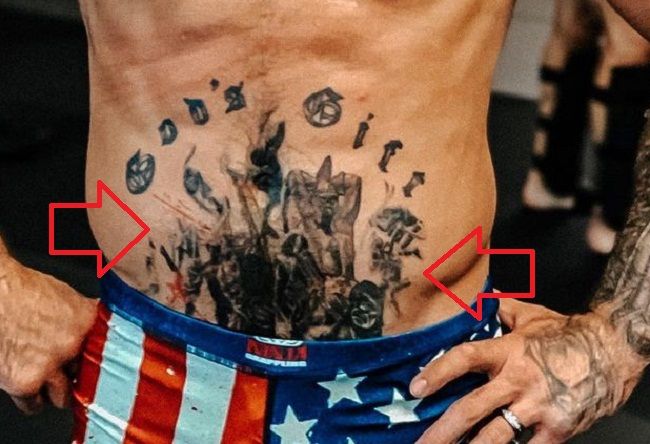 Meaning: In October 2018, Mike got the tattoo inked by the tattoo artist, Garrett Gentry, which took more than nine hours to complete. On October 1, 2018, he uploaded the video of getting this tattoo inked by Garrett on his Instagram handle with the caption,

This tattoo hurt so bad. I don’t know if it’s because I just turned 27 and I feel more pain these days or if @gentry_draws was going hard or if my pain sensors are just worse. In a weird way, the pain made me feel alive. Made me wanna die too 😂😂😂 #JK Enjoy my pain”

3. ‘God’s Gift’ tattoo on his abdomen 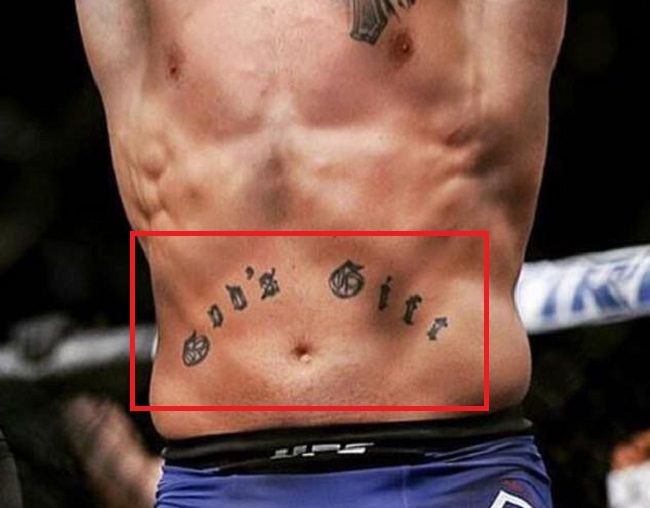 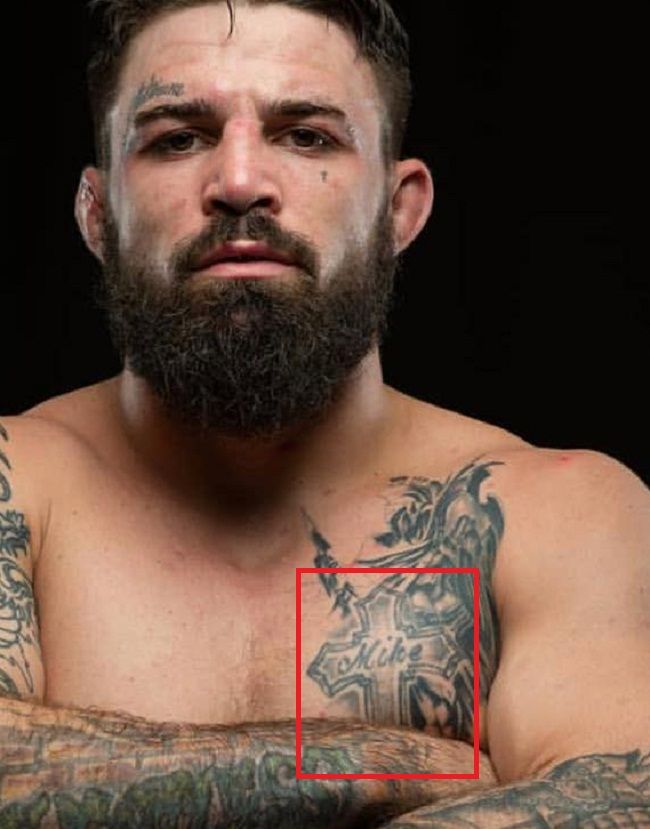 Meaning: Cross tattoo symbolizes the wearer’s respect and faith in Christianity. On his cross tattoo, he got his own name ‘Mike’ inked on it. 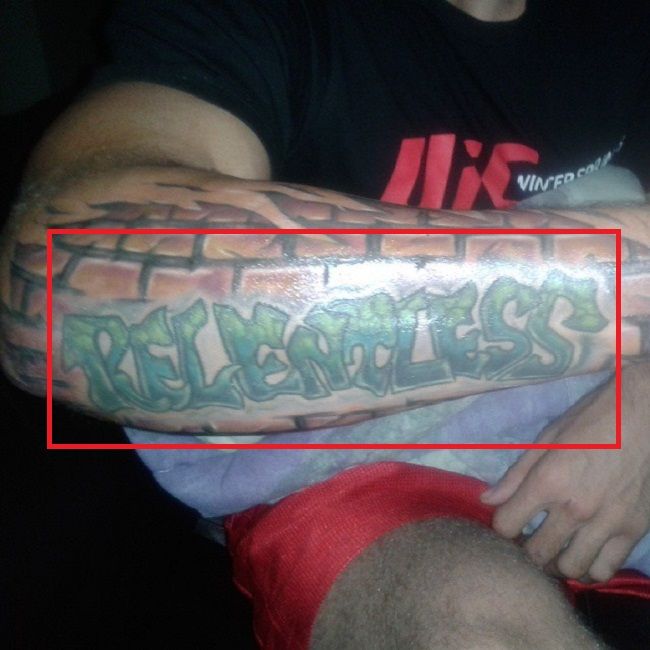 Meaning: Mike got this tattoo inked in September 2014. On September 11, 2014, he uploaded the picture of this tattoo on his Instagram handle with the caption,

My insides are cold and reinforced ! Ive built myself over the years as an impenetrable wall. Try and get through ! Bet you cant scratch the surface!” 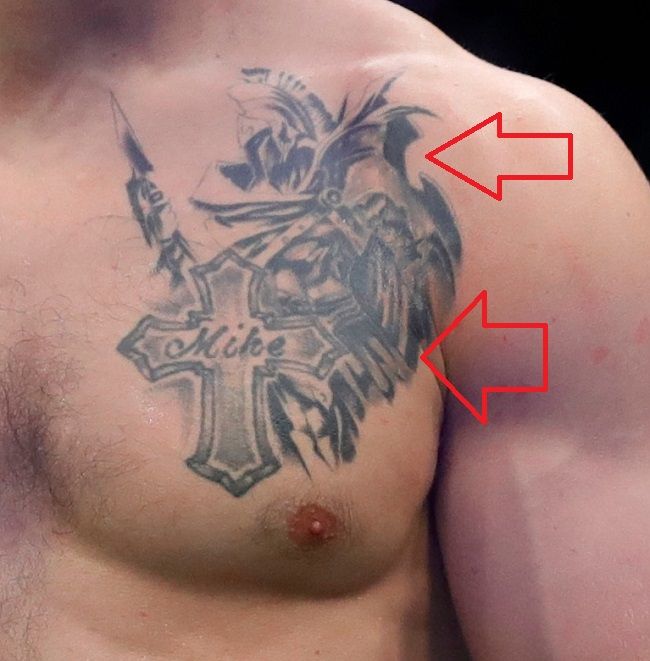 Tattoo: ‘Knight of Swords’ tattoo on his left pec.

Meaning: ‘Knight of Swords’ represents the courageous and warrior attitude of the wearer.

7. Tattoo behind his right ear 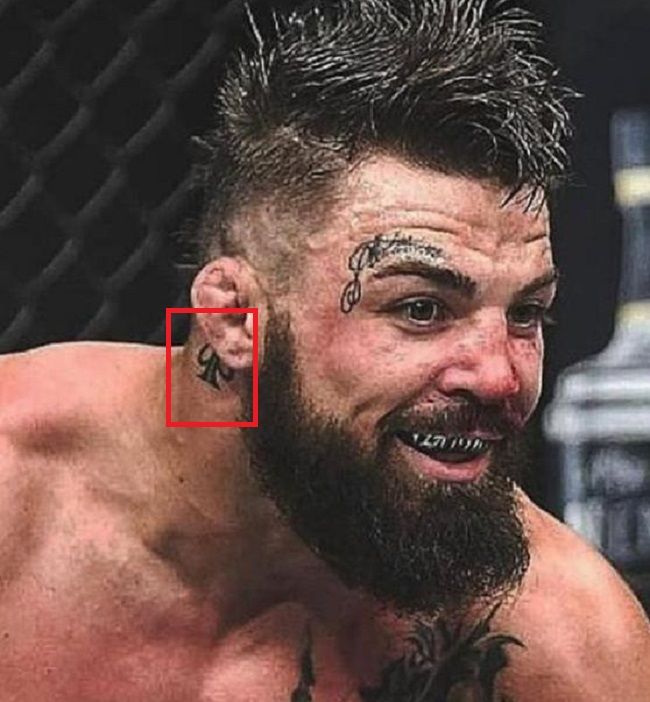 8. ‘Cross’ tattoo near his left eye 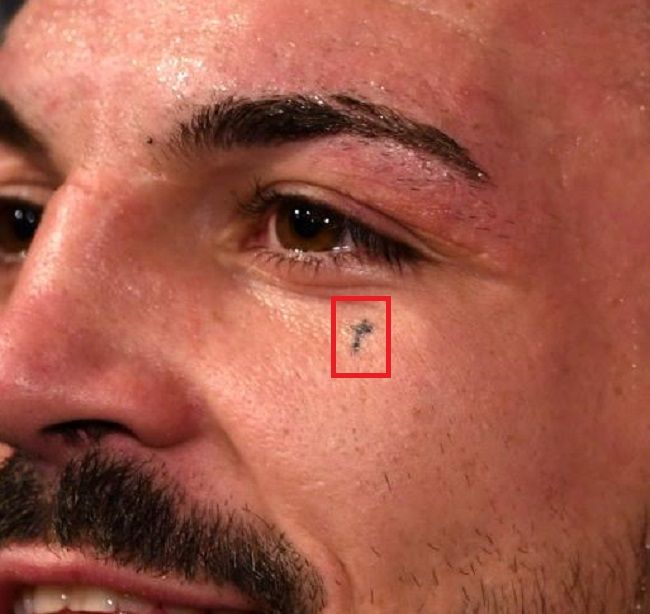 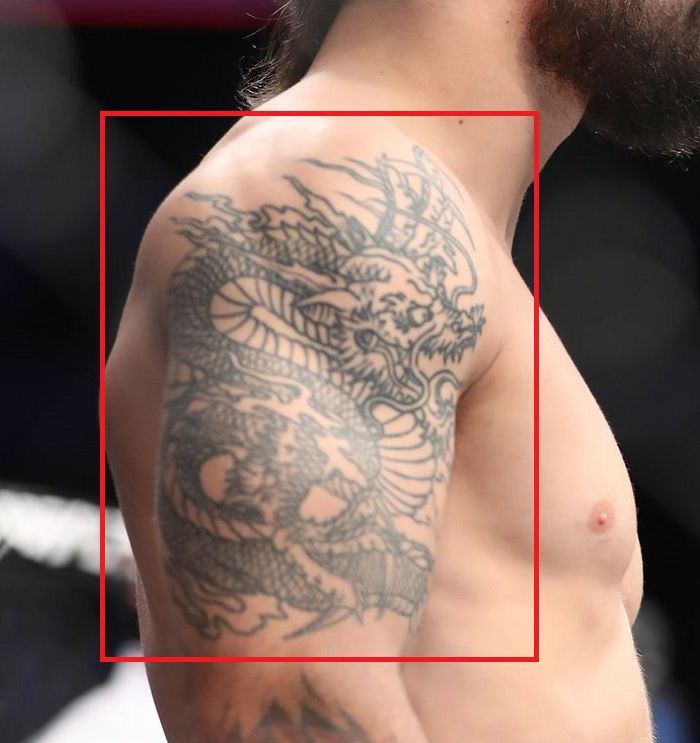 10. ‘WARRIOR’ tattoo on his left forearm 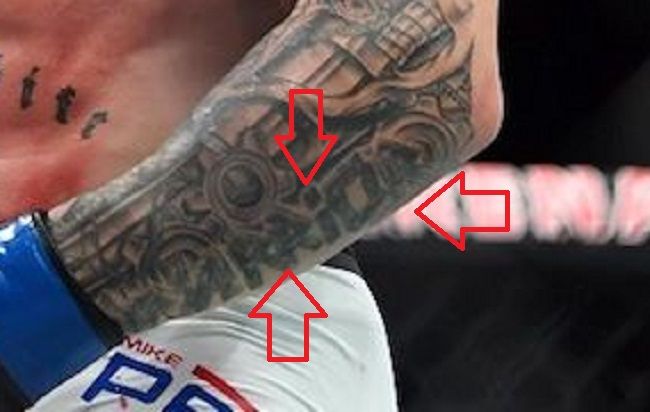 11. Tattoo on his left forearm 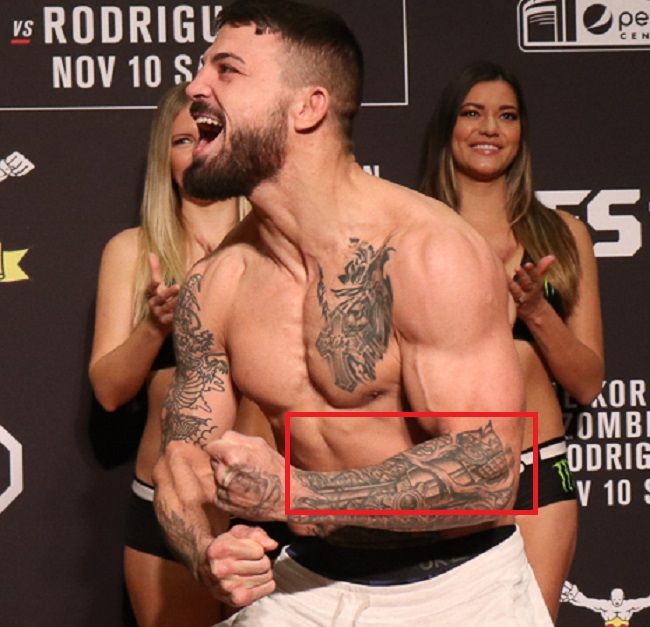 12. Tattoo on his right wrist 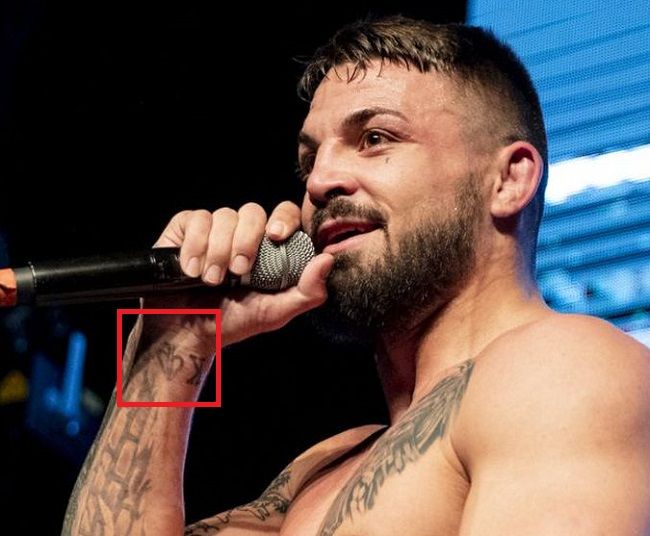 13. Tattoo on his left forearm 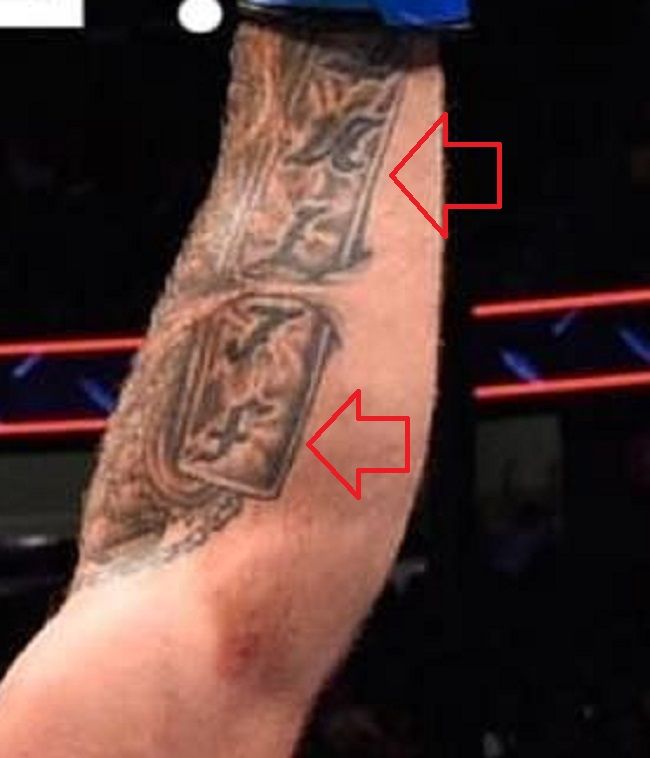 14. Tattoo on his right forearm 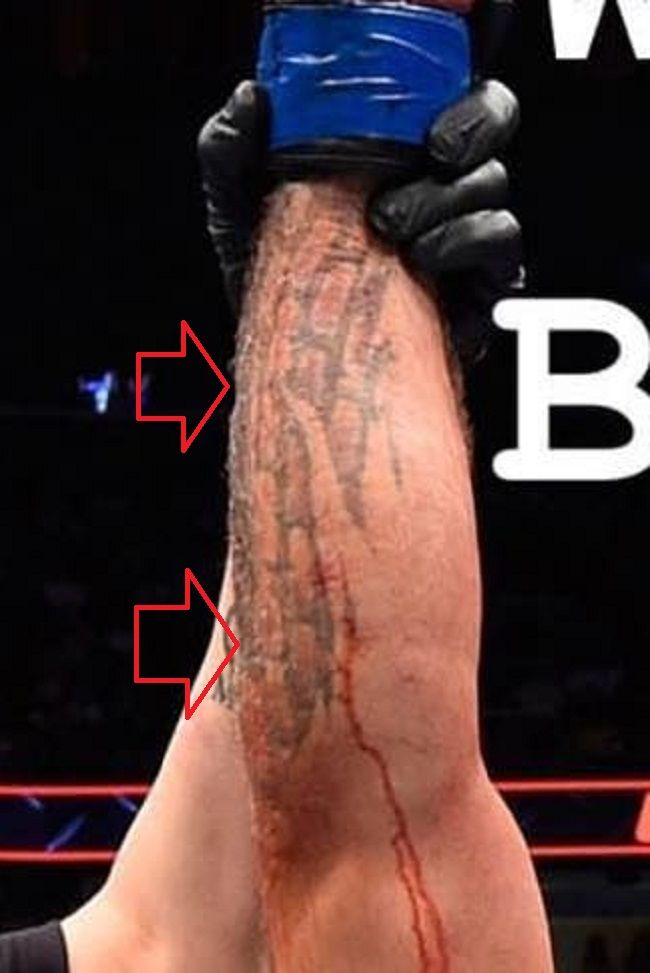 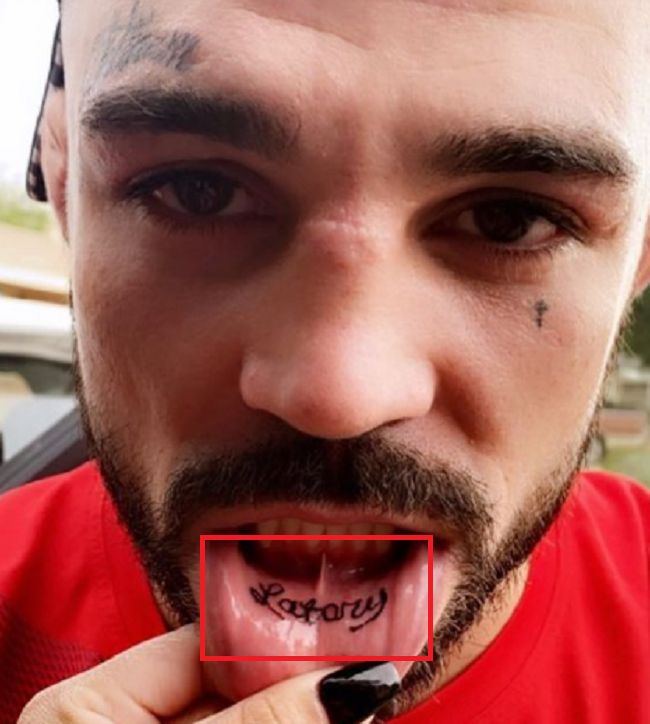 Tattoo: ‘Latory’ tattoo on the inner portion of his lower lip.

Meaning: In October 2020,  Mike got the tattoo of the name of his girlfriend, Latory, inked on his lower lip. On October 4, 2020, he uploaded the picture of this tattoo on his Instagram handle with the caption,

All hail the Rawdog Queen. I pledge my life to you and the Prince.” 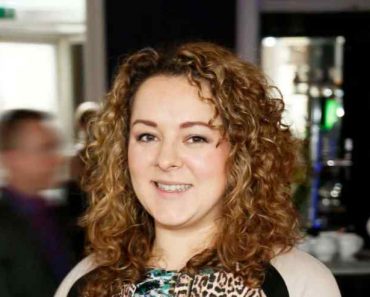