Saul Hudson, known popularly by his stage name, Slash is a British-American songwriter and musician and also the lead guitarist of the hard rock band, Guns N’ Roses. Slash is considered as one of the greatest guitarists of rock history. Besides the band, Slash has also had a solo career and released four albums, collaborating with many artists and was also included in the Rock and Roll Hall of Fame in 2012 alongside his band, Guns N’ Roses. Slash has a really eccentric personality and has many interesting tattoos just like that, on his body. Most of Slash’s tattoos have been drawn by himself and most of them are inspired by his works. Let us take a look at the ones he has and the meanings they hold. 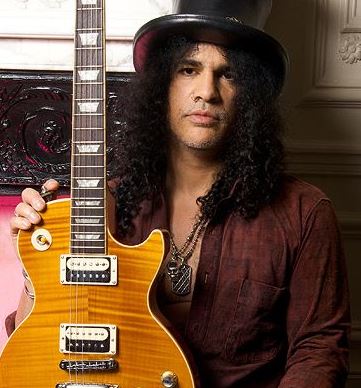 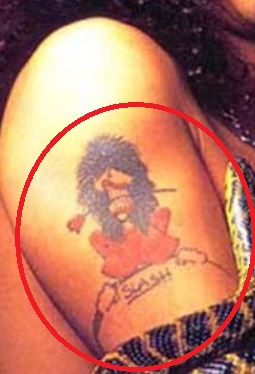 Tattoo: There is a tattoo of a cartoon girl who has the same long, curly hair as Slash does with the name, “SLASH” tattooed below it.

Meaning: In an interview, Slash told how it is a tattoo of his alter ego where he exists as a girl. It is the first tattoo that Slash got on his body and also his favorite. He has also named the girl, Shirley. 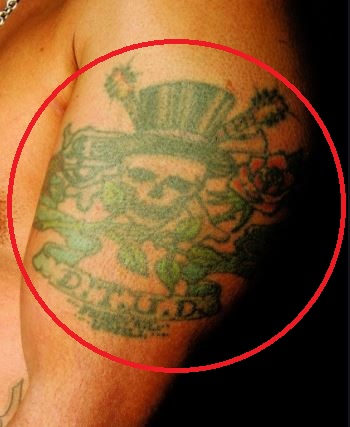 Tattoo: The left upper arm of Slash contains a very interesting tattoo of a skull wearing a hat along with two mics tattooed behind it in the style of crossbones. There is a gun to the left side of the skull and a few roses on its right side. There is also a vine that binds all the elements of the tattoo together. Below the tattoo is a banner with the letters, “D T U D” tattooed inside it.

Meaning: The tattoo represents the name of Slash’s band, Guns N’ Roses. The letters on the banner stand for, “Drink Till U Drop”. The skull in the middle represents himself as he is fond of hats and is seen wearing them most of the time. However, the mics inked in the shape of the crossbones are actually guitar headstocks and most likely a les paul standards because that’s what slash mainly played. 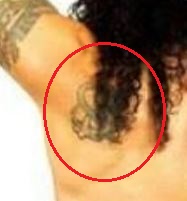 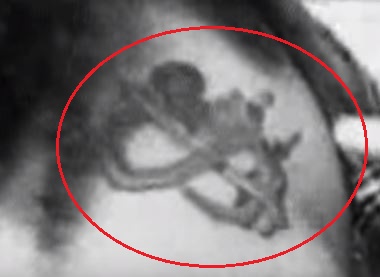 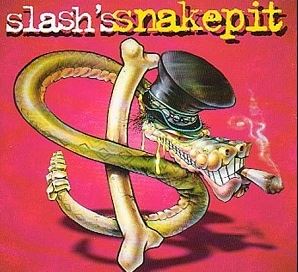 Tattoo: The left side of his upper back contains a tattoo of a snake, wrapped up on a bone. 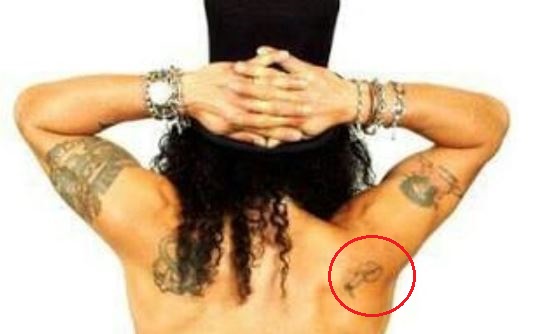 Tattoo: The right side of Slash’s upper back contains a tattoo of a pair of lips, smoking a cigarette. 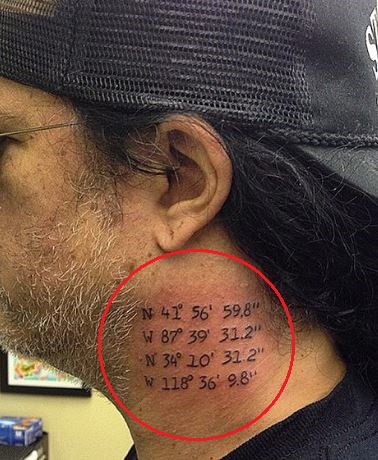 Tattoo: The left side of Slash’s neck contains a tattoo of co-ordinates tattooed on it. The tattoo reads,

Meaning: Slash got this matching tattoo of coordinates with his girlfriend, Meegan Hodges who got the same tattoo on her wrist. 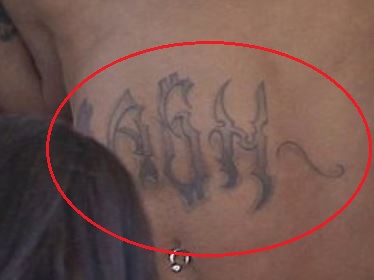 Meaning: Slash got these tattoos to show his love for his sons, London Emilio Hudson and Cash Anthony Hudson. 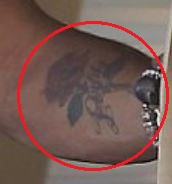 Tattoo: The inner side of his left forearm contains a tattoo of a rose flower on it along its stem and leaves.

Tattoo: There is a tattoo of a silhouette of a girl, dancing in front of a blue cloud in the middle part of Slash’s back.

Tattoo: The inner part of Slash’s right forearm contains a tattoo of another silhouette of a girl, with a gun strapped to her thigh.

Meaning: Many of the tattoos on his body have been inspired from his album covers, just like this one which comes from the cover of his album, titled, “Velvet Revolver” 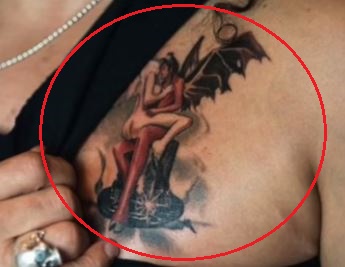 Tattoo: There is a tattoo of an angel sitting on the devil’s lap, kissing him on the left pec of the musician. They both are atop a black design in the shape of a guitar.

Meaning: Like many other tattoos, this tattoo was also inspired by one of his albums titled, “Apocalyptic Love”. What’s more interesting is that this rendition of the art was drawn by Slash himself. 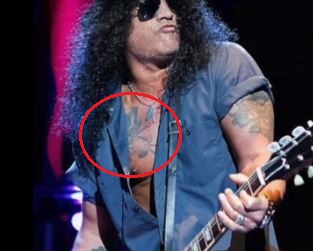 Tattoo: The right side of the musician’s chest contains a tattoo of a skull along with crossbones behind it. The skull is also wearing a hat.

Meaning: The skull along with the crossbones represents the cover of the album titled, “Slash”. This is another one of the tattoos of his body inspired by his works.