Tyler Jeffrey Dillashaw is an American mixed martial artist. He plays in the bantamweight division of the Ultimate Fighting Championship (UFC). He has also held the title of the UFC Bantamweight Champion twice but is currently under a 2-year suspension due to his positive tests for the drug EPO which is a performance enhancer. TJ has won 16 out of the 20 professional fights he has fought. TJ has a variety of tattoos on his body. Let us take a look at what they are and the meanings they hold. 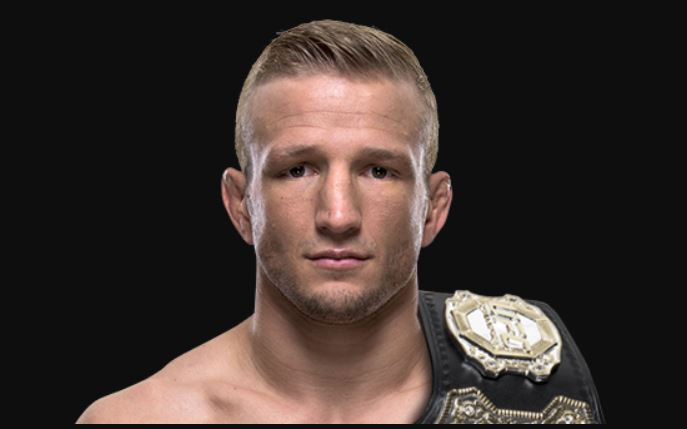 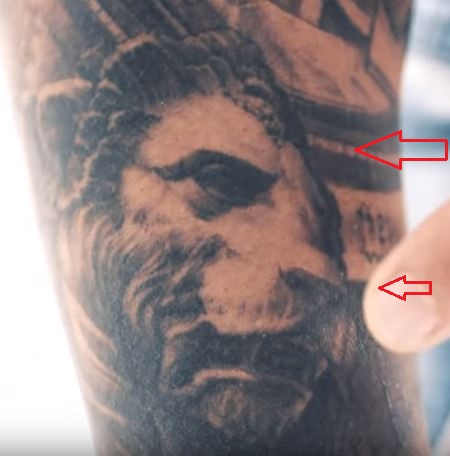 Tattoo: The upper side of TJ’s right forearm contains a tattoo of the front side of a lion with his paw extending towards TJ’s right hand. 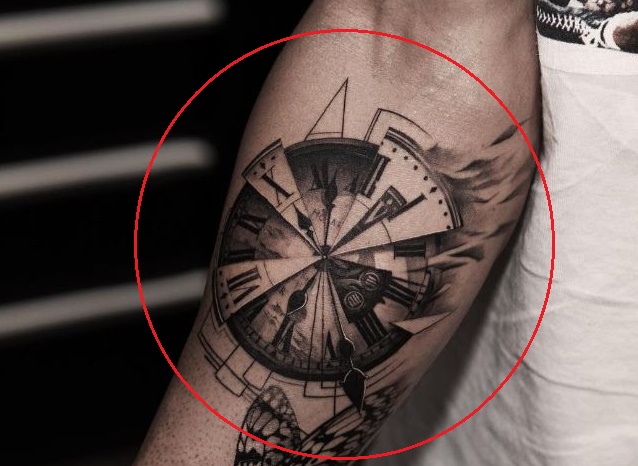 Tattoo: This is the second tattoo which TJ got. The inner side of his right forearm contains a tattoo of a clock.

Meaning: The clock is made up of different types of clocks mashed into one to signify race against time. 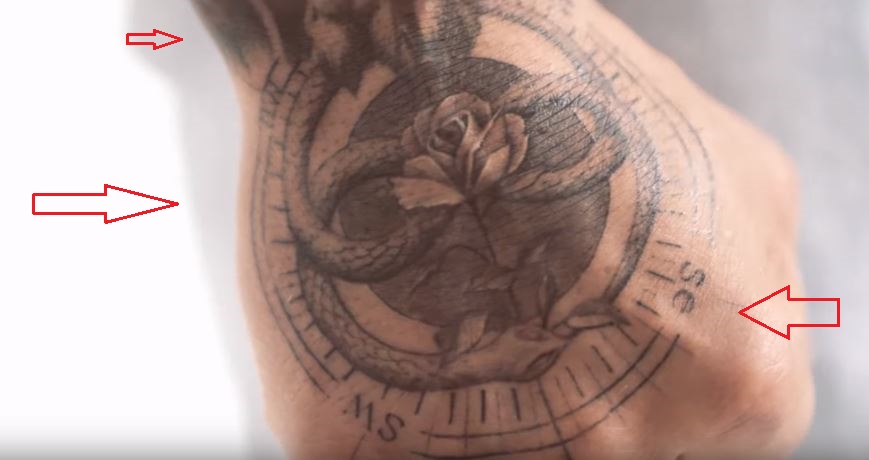 Tattoo: The right hand of the fighter contains a tattoo of a globe with a ring showing the different directions tattooed inside it. There is a snake around the globe in the shape of the infinity symbol too. The center contains a single rose stick tattooed in it. The paw of the lion on his forearm also rests on the globe tattoo.

Meaning: The globe and the infinity symbols represent the world and time. The whole tattoo signifies how time is unpredictable and may change but TJ will always be the king of the world. 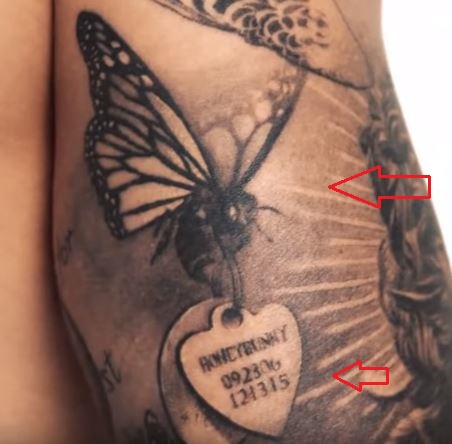 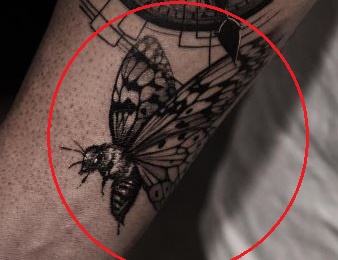 Tattoo: The inner side of his right forearm contains a tattoo of what he calls a butterfly-bee. The tattoo is made up of the body of a bee but with the wings of a butterfly. He has also named the creature as HoneyBunny. His right tricep also contains the same butterfly-bee tattoo with a tag hanging down from it which contains its name, “HONEYBUNNY” along with some numbers.

Meaning: TJ explained the tattoo saying how the tattoo speaks for itself to fly like a butterfly but sting like a bee. 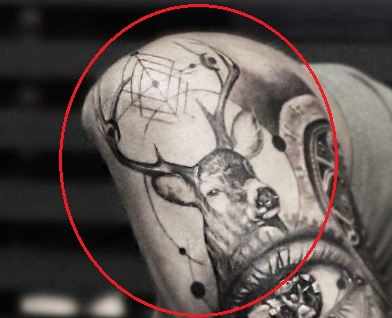 b Just below his right elbow is a tattoo of a white tail deer.

Meaning: TJ is a regular hunter who enjoys hunting so he got the tattoo of a whitetail deer inked on him. 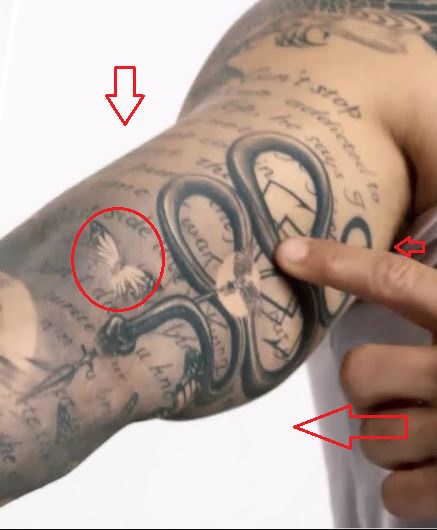 Tattoo: The upper right bicep of the fighter contains a tattoo of a snake with an arrow going throw it along with the emblem of the Muay Thai. There is also a small tattoo of a butterfly just beside the face of the snake.

Meaning: TJ got this tattoo to use it as a direction against Conor McGregor who nicknamed TJ as the “Snake“. 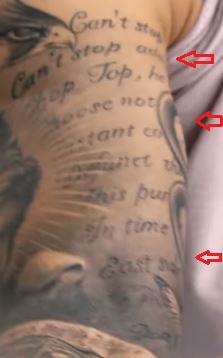 Tattoo: TJ’s arm at many locations contains the lyrics of the song, “Can’t Stop” by the Red Hot Chilli Peppers. The lyrics are also presented on the inner side of his forearm as well as his wrist and completes all of his arms by binding its tattoos together.

Meaning: The song is from one of his all-time favorite bands so TJ got the lyrics tattooed on his body. The lyrics also get him pumped up never to stop giving up in the career he has chosen as well as his life. 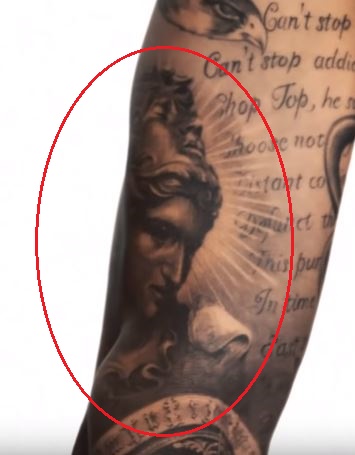 Tattoo: The upper portion of his right arm contains a tattoo of the Greek Goddess of Wisdom and Battle Strategy, Athena. Athena is also wearing the mask of the gorgon Medusa on her head.

Meaning: TJ is also guided by Athena in battle tactics and gives his full when he fights. 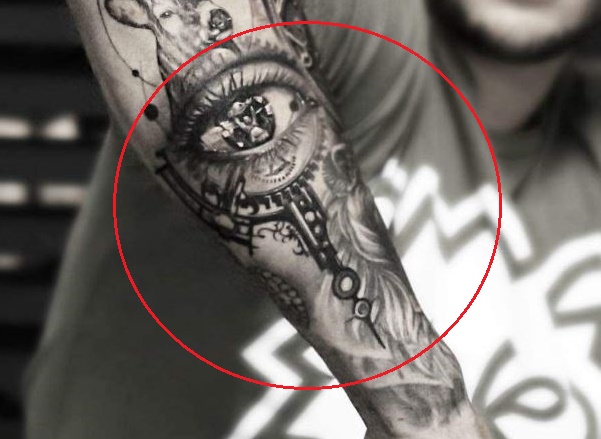 Tattoo: Just below his deer tattoo is a tattoo of an eye. The eye’s iris contains a reflection of TJ holding the UFC Bantamweight Championship belt. There is also a minute hand of a clock tattooed just below the eye to remember the moment when he won the belt.

Meaning: The eye is actually the eye of TJ’s wife, Rebecca Dillashaw whom he adores very much. The tattoo of her eye along with him holding the UFC Bantamweight Championship Belt was done in remembrance of his title fight against Renan Barão. 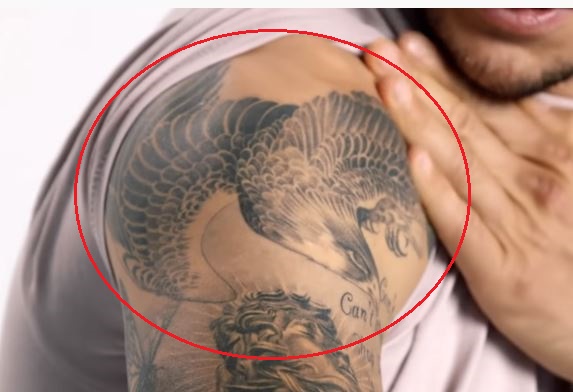 Tattoo: TJ’s right shoulder contains a tattoo of a hawk.

Meaning: Many of the tattoos on his body were made after an interesting story just like this one is. TJ got this tattoo after he knocked out Cody Garbrandt while defending the UFC Bantamweight Championship title. TJ felt on the top of the world and felt like getting a tattoo so he got a hawk inked on him. He said, “Just like the highest-flying predator bird, I’m flying high.” 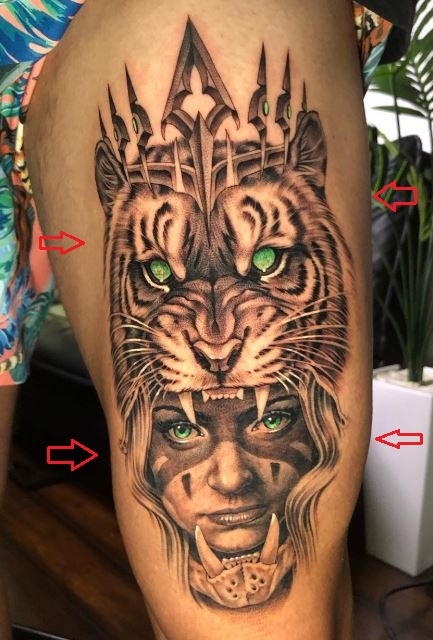 Tattoo: The left thigh of the fighter contains a tattoo of a tiger wearing a crown with its mouth open. There is a tattoo of the face of a woman inside the mouth of the tiger.

Meaning: The woman wearing the tiger skin and the crown is a tattoo of TJ’s wife, Rebecca Dillashaw whom he loves very much. This tattoo is not however finished as TJ shared the photo on Instagram along with his thoughts of adding his son’s face alongside his wife’s to complete the family.

Tattoo: The left side of TJ’s left lower leg contains a tattoo of a hunter on it.

Meaning: The tattoo is another one of the tattoos which highlights how much TJ loves hunting.