Terrence LeVarr Thornton, who is popularly known by his stage name, Pusha Ton or Pusha T, is one of the most respected lyricists and rappers of today’s world. He made his first commercial appearance in 2002 with his brother, No Malice, in the Virginia based rap group- The Clipse. Their album, Lord Willin, became number one on the Hip-Hop/R&B Billboard 100 and number four on the United States Billboard. He has some inscriptions embedded on his skin. Let’s check them out. 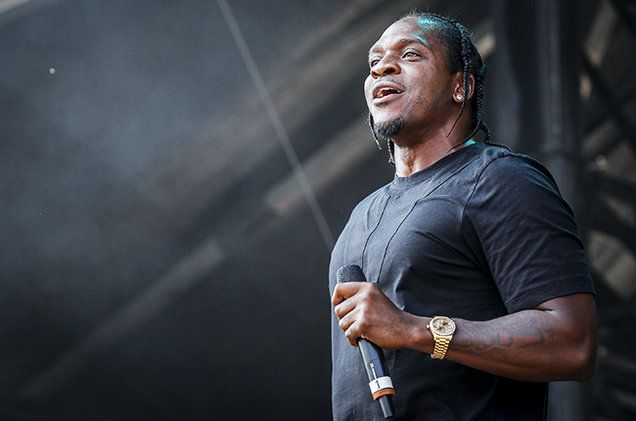 1. “PUSHA” on his Left Forearm 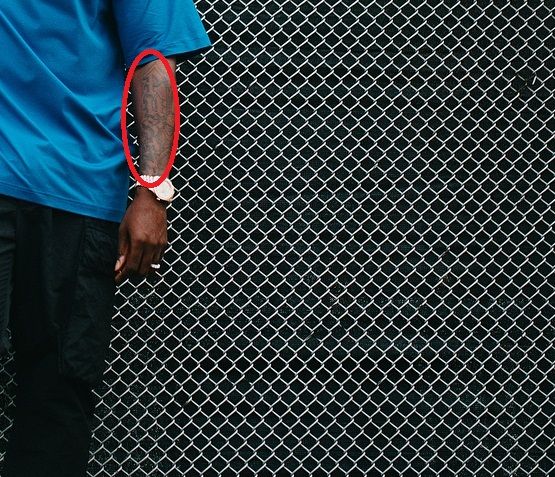 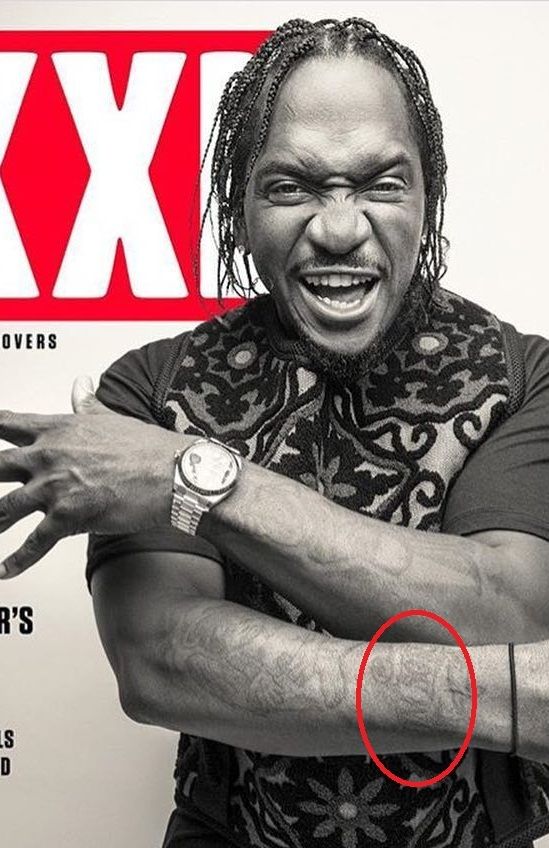 3. “Baby Angel” on his Right Elbow 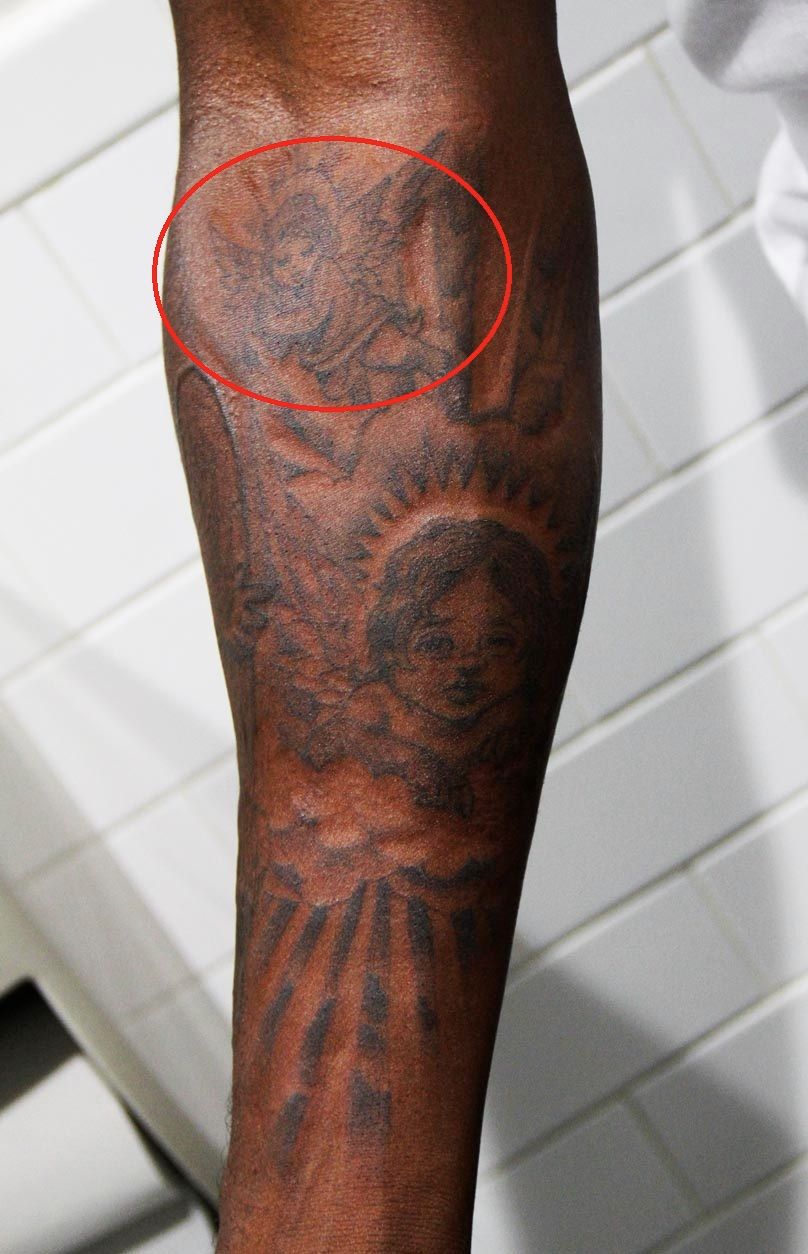 4. “Rays Emerging From A Baby” on his Right Forearm 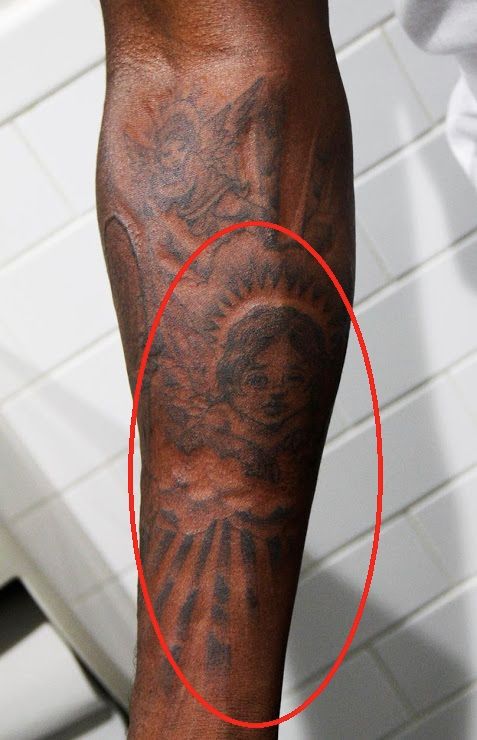 5. “Cartoon Character with Wings” on his Right Forearm 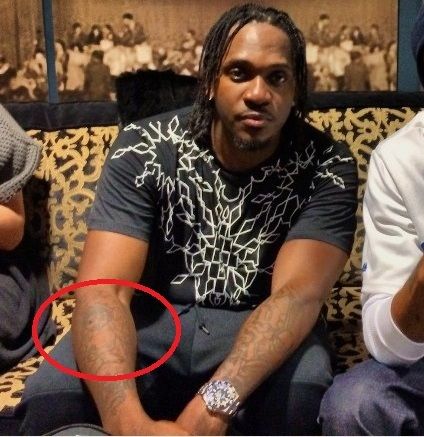 6. “Undefined Design” on his Left Forearm 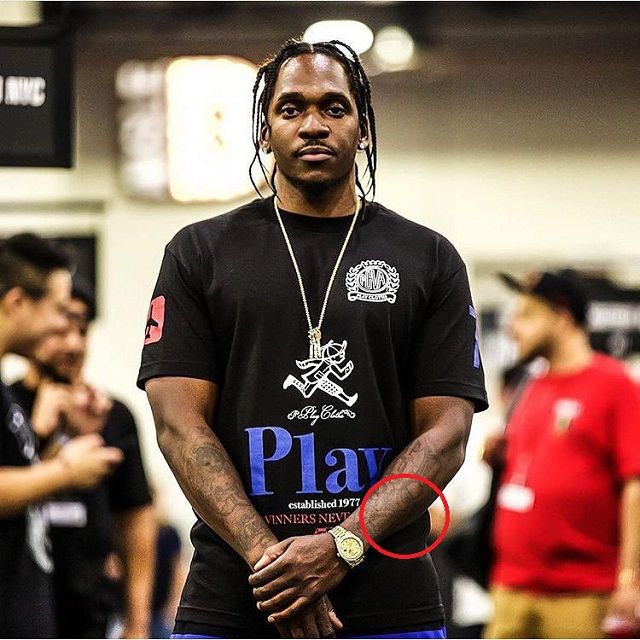 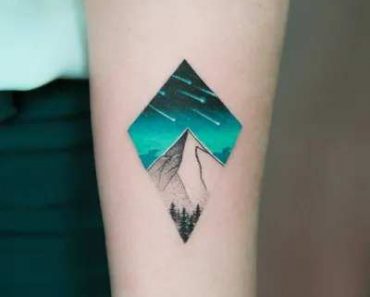