Anthony Lee Ervin is an American competition Swimmer. He has two World Championship Gold medals and four Olympic Gold Medals. He retired at the age of 22 in 2003 but later started again in 2011. At the 2016 Summer Olympics, at the age of 35, he won the Olympic Gold again, becoming the oldest person to win a Gold medal in swimming at the Olympics. Anthony Ervin has many interesting tattoos on his body. Let us take a look at what they are and the meanings behind them. 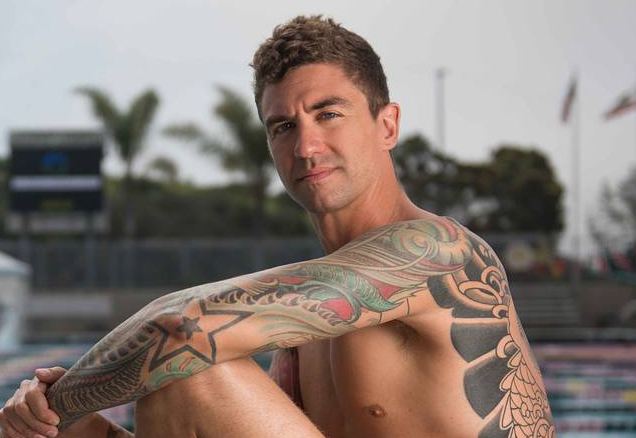 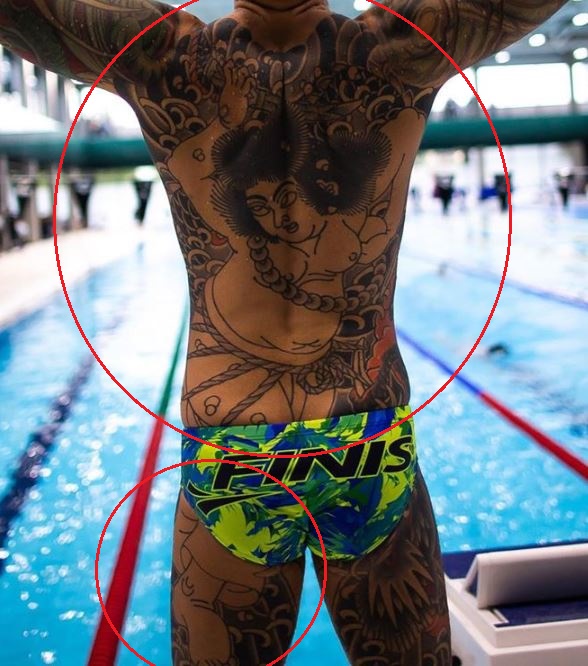 Tattoo: Anthony’s back contains one of the most amazing tattoos. A major part o f his back contains a tattoo of a naked Japanese Woman holding a ball in her left hand and a dagger in her right one. The lady is wearing a traditional necklace and covers all of Ervin’s back with her legs and feet stretching downwards and ending at the back of the swimmer’s left thigh. All of his back, in the background of the lady, contains scales and other intricate designs tattooed on it to complete his back piece. The lower part to the right of his back and the back part of his right thigh contains a tattoo of aquatic plants and seaweeds along with the scales done in the background of the lady to complete the whole tattoo. 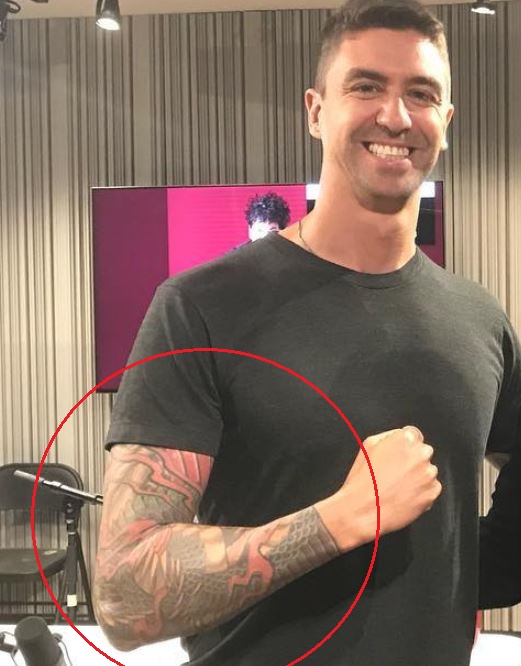 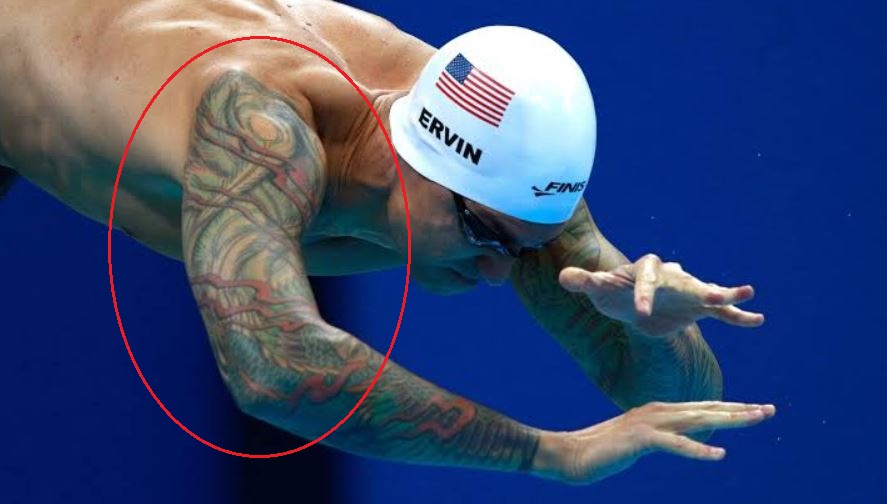 Tattoo: The Olympian’s right arm is covered in tattoo design of scales like that of a fish along with seaweeds and red plants which stretch out and cover his arm at different places. The upper part of his right arm and his shoulder are also covered in red and green plants and scales.

Meaning: Anthony was fond of swimming from a very young age and loved water. The tattoos on his body show his love of the sea and how much he loves being underwater. 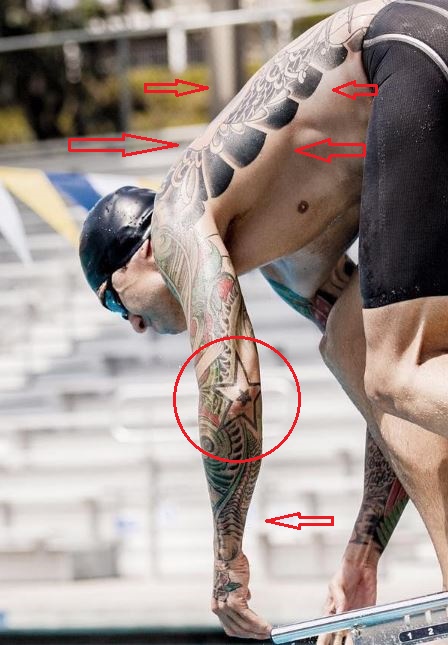 Tattoo: The left part of his body contains very large black scales done with his back tattoo of the woman. His left arm is covered in ocean life inspired tattoos of scales and plants. His elbow contains the tattoo of two stars. One large hollow outline and another one, that has been done in black ink at the tip of his left elbow. 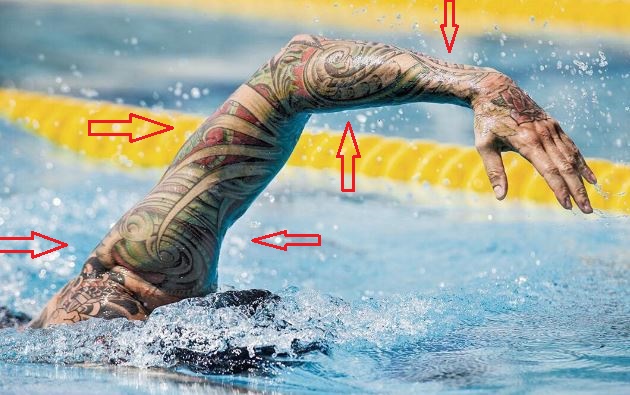 Tattoo: The swimmer’s left arm, just like his right one is covered full inspired by marine life tattoos. It contains scales, seaweeds, large leaves and swirl patterns which cover all of his left arm and shoulder. 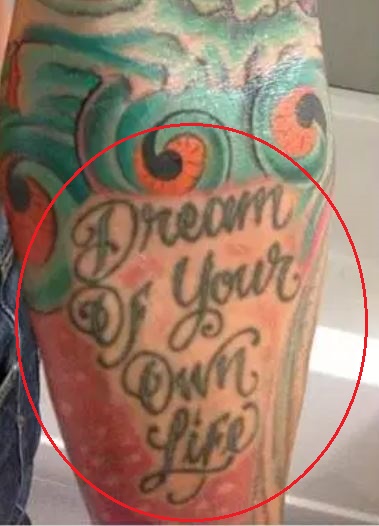 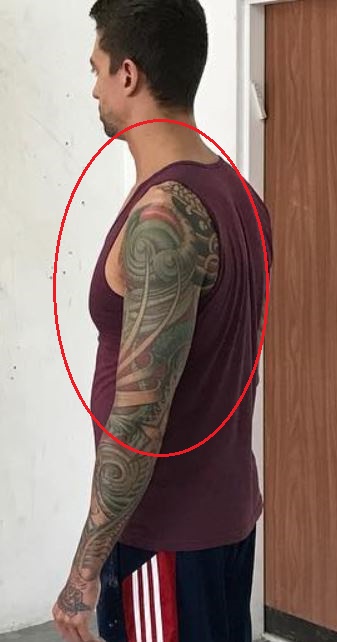 Tattoo: Anthony’s left shoulder contains a tattoo of a green plant with swirls which stretches down and blends into the rest of his arm tattoos. 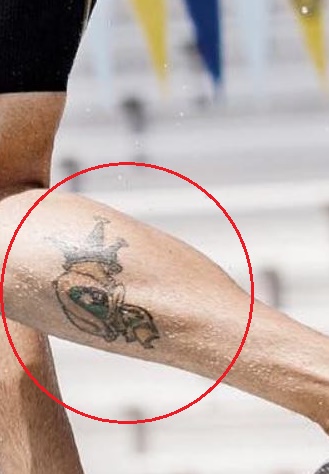 Tattoo: The outer side of his left leg contains a tattoo of a piranha fish wearing a crown on its body. 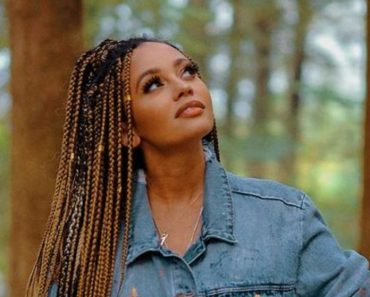 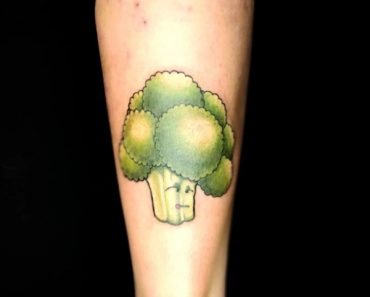