Tattoos now hold a commonplace amongst athletes of today’s generation. You might have seen your favorite boxers, swimmers and other athletes showing their body art while in the field. Here is a 35 years old versatile Argentine boxer, Ignacio Perrin, who is known for flaunting his perfectly inked muscular body. He competed in the Olympic Games Rio 2016, in the men’s lightweight event. Here, is a closer look at his body art. 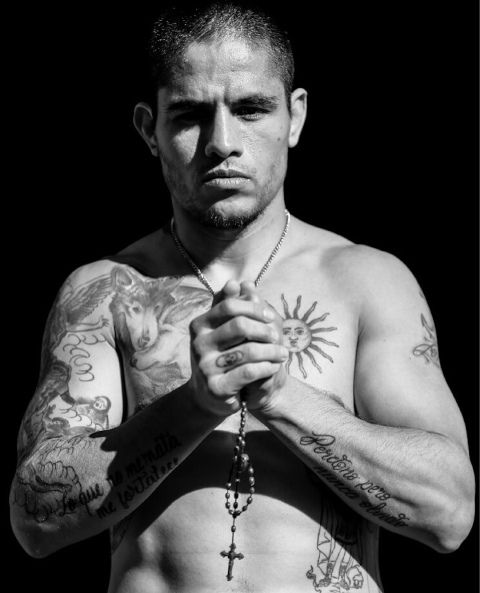 1. Portrait of “Che Guevara” on the Left Side of his Back 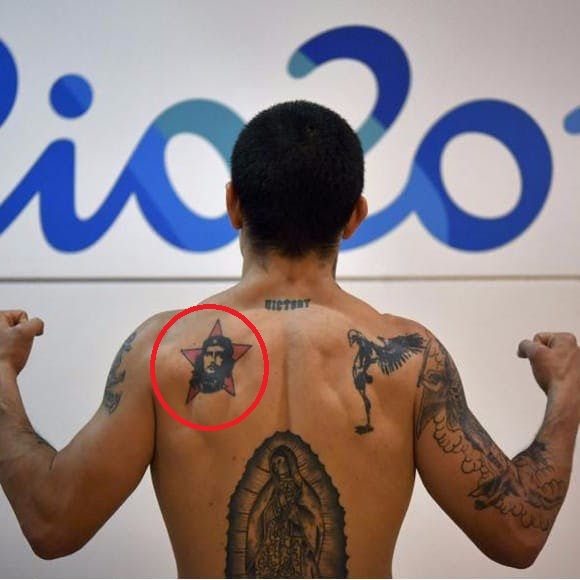 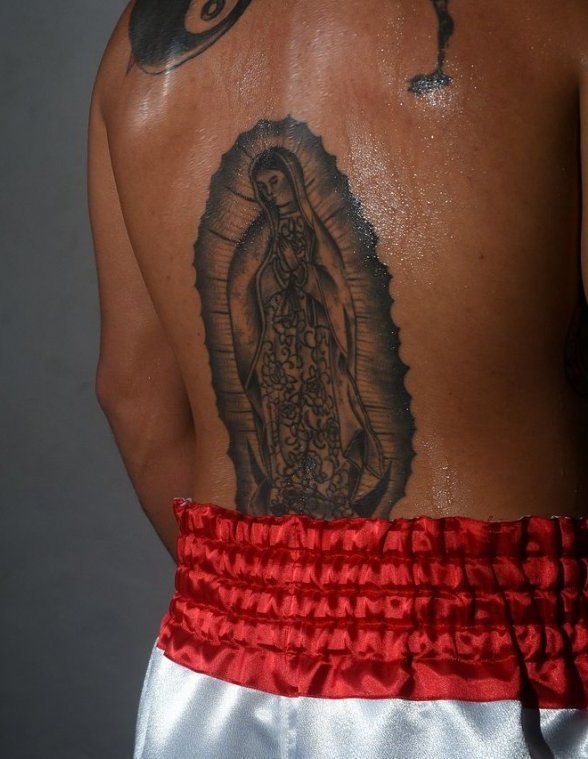 3. “Cartoon Creature With Wings” on the Right Side of his Back 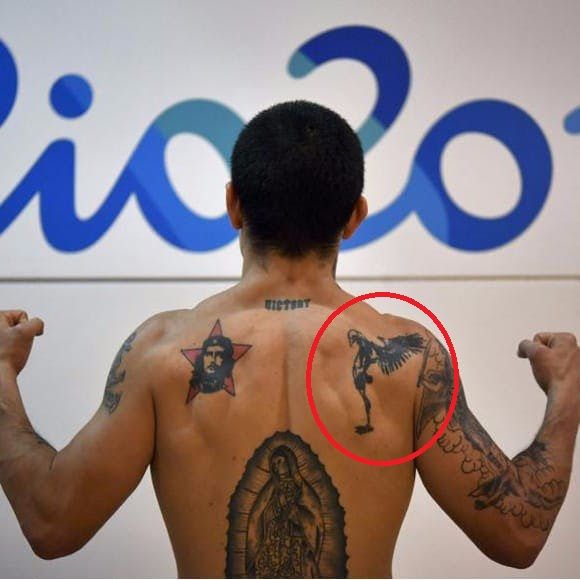 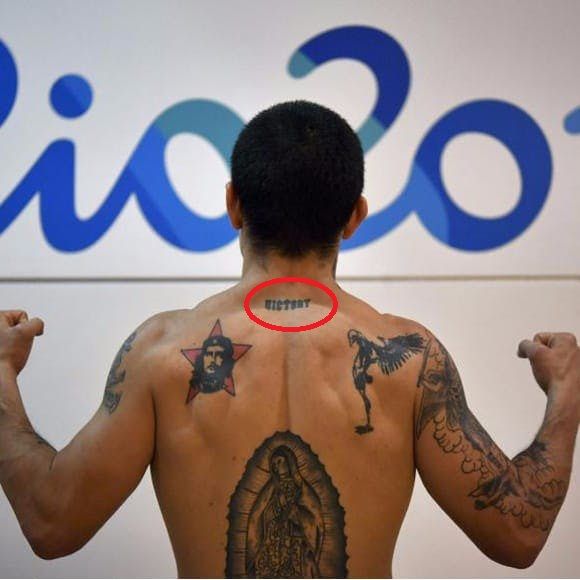 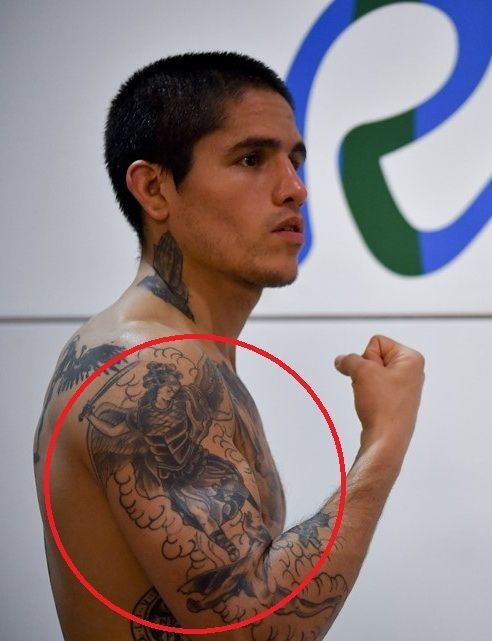 6. “Wolf Couple” on the Right Side of his Chest 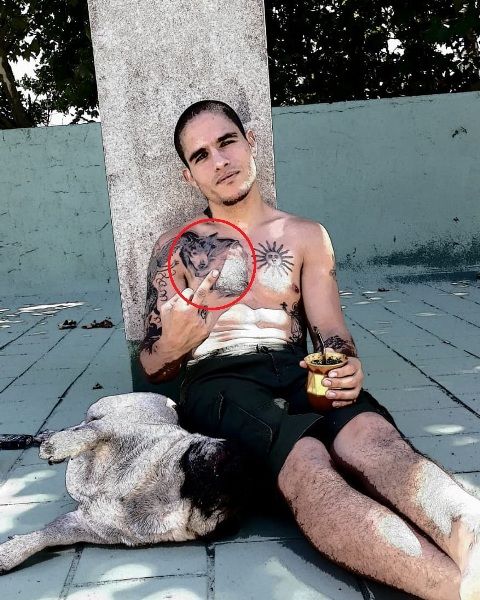 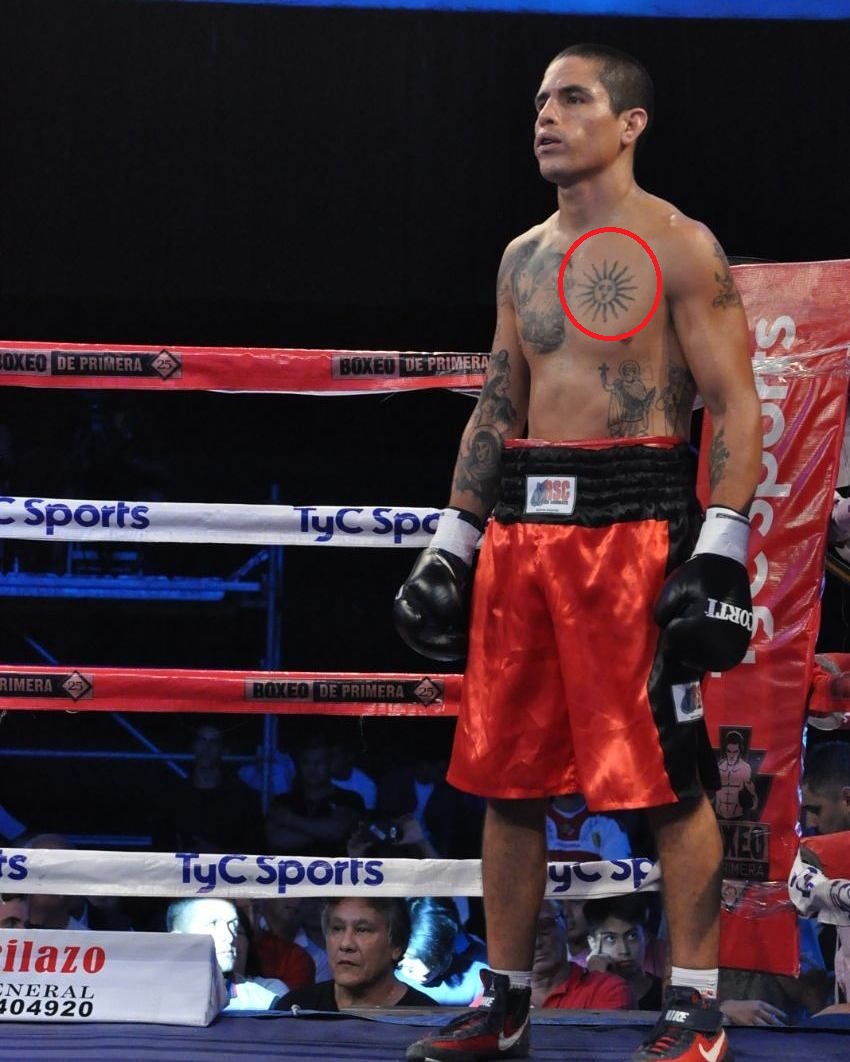 8. Latin Quote “Lo que no me mata, me fortalece” on his Right Forearm 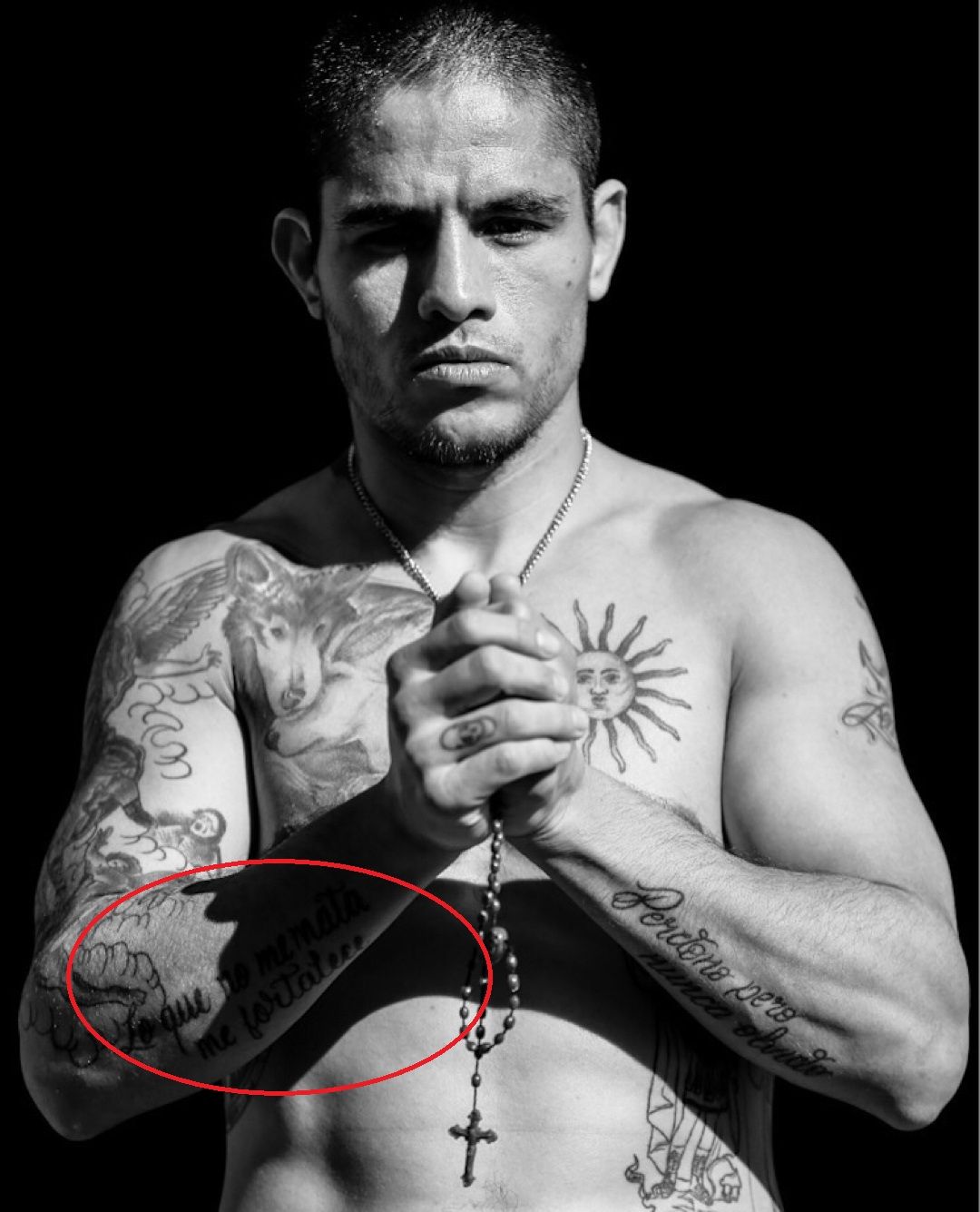 Tattoo: “Lo que no me mata, me fortalece”

Meaning: Ignacio got a Latin quote inked on his right forearm in cursive handwriting, which translates into “what does not kill me, makes me stronger.” This quote was given by the German philosopher, poet, and philologist, Friedrich Nietzsche.

9. Spanish Quote “Perdono pero no olvido” on his Left Forearm 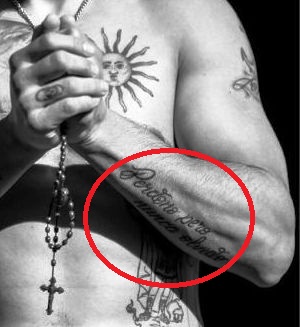 Meaning: Ignacio got another quote inked on his left forearm, which is in the Spanish language. It translates into, “I forgive, but I do not forget.”

10. “Anchor And Jerry” on his Left Upper Arm 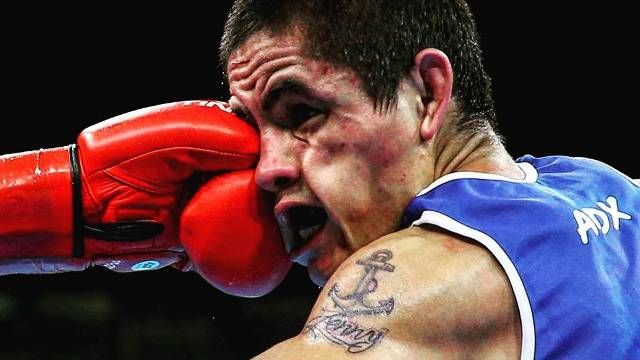 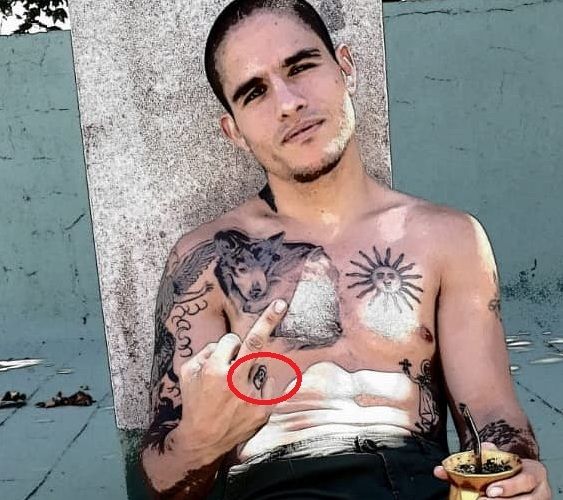 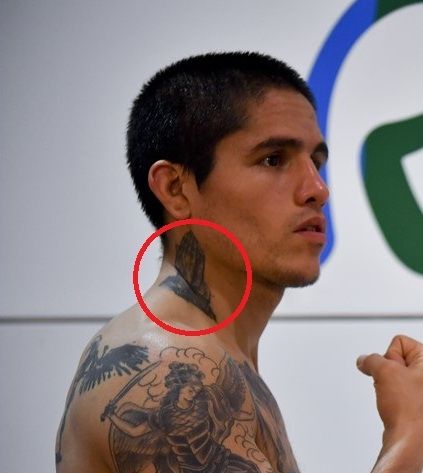 13. “Mother Nun Holding Celtic Cross in her Hands” on his Right Forearm 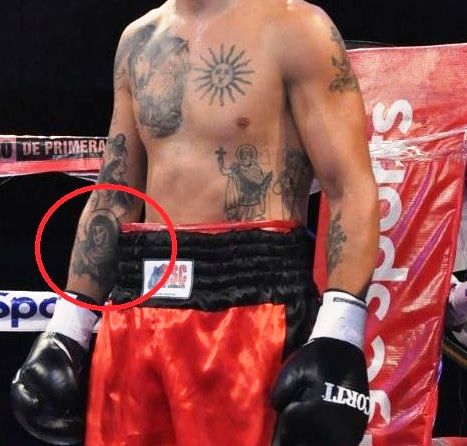 14. “Jesus And A Man Praying To Him” on the Left Side of his Waist 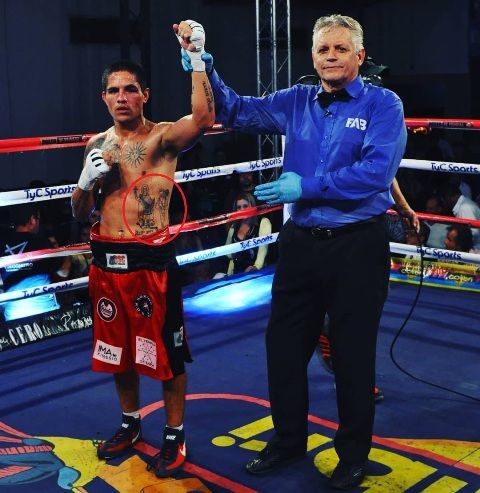 Tattoo: “Jesus and a man praying to him with a Spanish phrase, Sigo por vos”

Meaning: Ignacio got a tattoo of Jesus and a man praying to him. There is a Spanish phrase inked underneath them, which says, Sigo por vos, that translates into, “I Continue for you.”

15. “Undefined Design” on the Right Side of his Waist 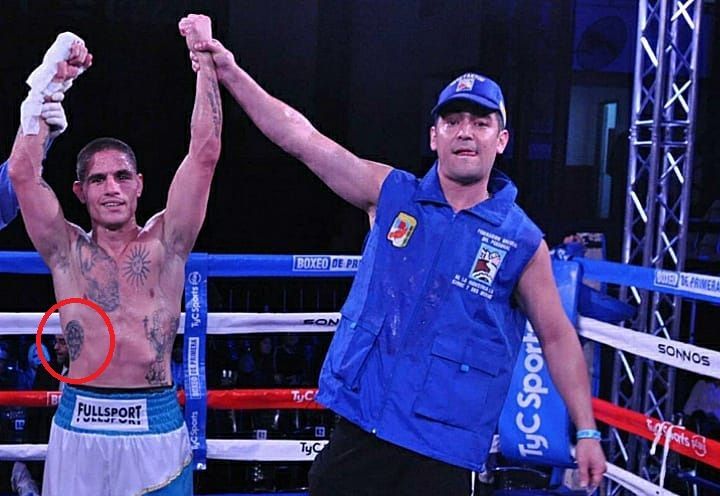 16. “Unidentified Phrase” on his Left Forearm 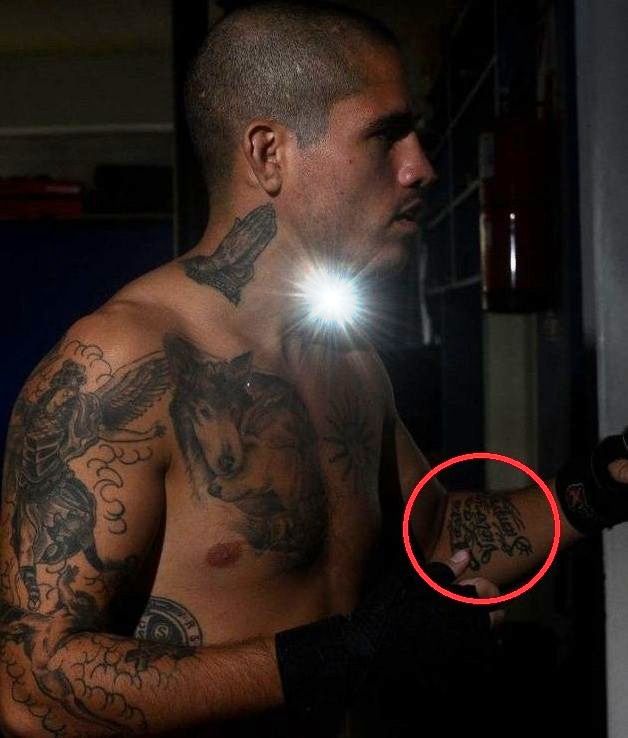