Shad Gregory Moss, an American Rapper, Actor, and famous television presenter, is better known as Bow Wow (formerly Lil’ Bow Wow). Bow Wow was first discovered by rapper Snoop Dogg and eventually, this was the kick start to his career. He gave up on ‘Lil’ after his name because

“I changed my name because I’m getting older now and it’s too many Lil’s. All these Lil’ rappers, I’m just kind of getting real irritated by it. I said, ‘You know what? Drop the Lil’. Forget it. I’m Bow Wow. Besides, I’m growing up, I’m not little anymore. [I just decided that] two weeks ago. I really got irritable. It’s all these Lil’ cats, forget it. I’m Bow Wow now. Everything is just ‘Bow Wow,’ no ‘Lil’ Bow Wow.'” 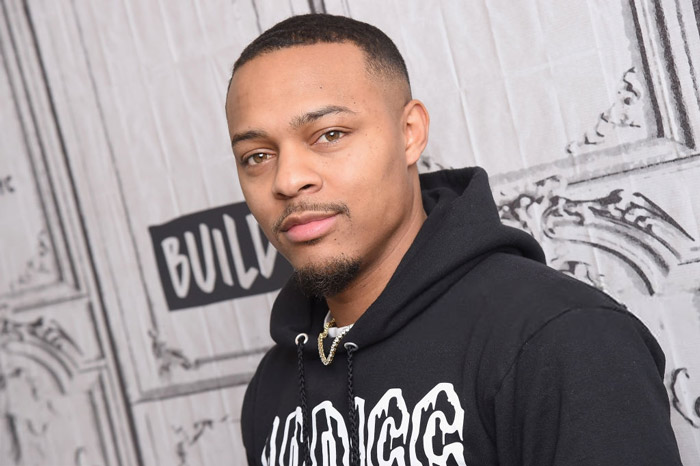 Moss has got ample tattoos covering his body. Let us explore them and find out their meanings. 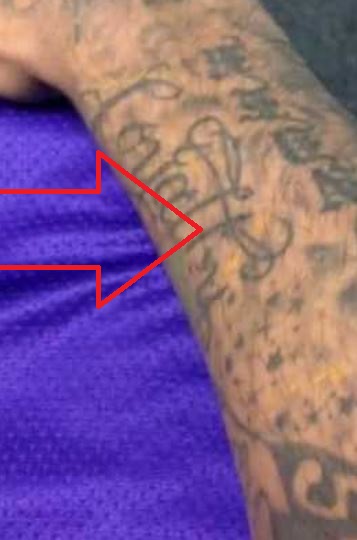 Meaning: Moss believes to live his life honestly and says this tattoo reminds him of being ‘Loyal’ in his life and being firm enough he expects pure Loyalty in his life.

Tattoo: The tattoo says, ‘BOY WONDER’ which is the nickname of Bow Wow. 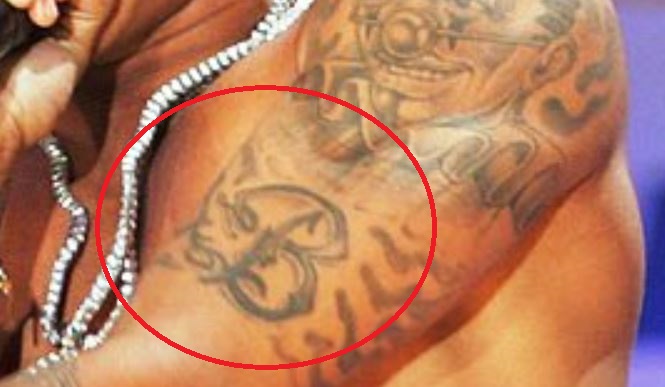 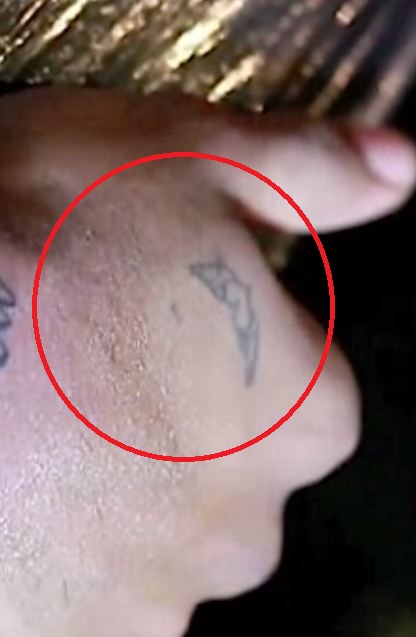 Tattoo: On his right hand, there is a tiny heart with wings inked.

Meaning: Herat with wings tattoo is used to denote the free-spirited nature. It is also a symbol that the person is willing and also trying to get rid of his bad habits such as smoking, drugs, etc. 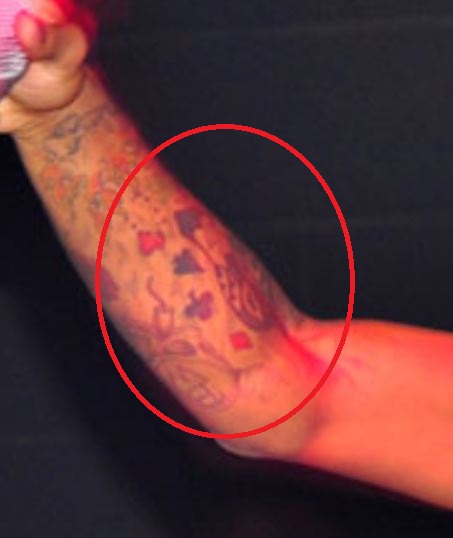 Tattoo: On Moss’ right inner forearm, we can see the symbol of each of the suits on the deck of the cards. There is a red heart, spades, red diamond, and clubs.

Meaning: These symbols are considered to be important symbols as per middle age. They are basically believed to represent the four pillars of the economy. Hearts represent Church, Spades represent Military, Diamonds represent merchant class whereas Clubs represent Agriculture. 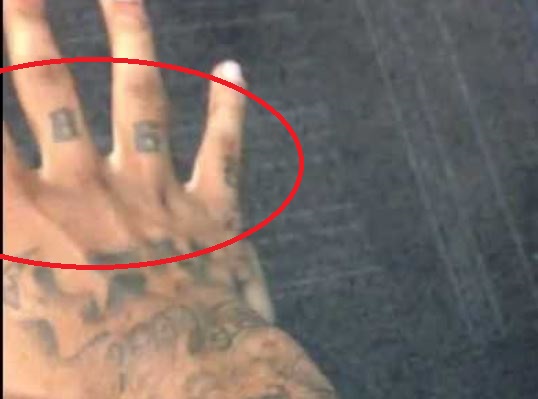 Meaning: The year represents Moss’ birthyear, he was born on 9 March 1987. 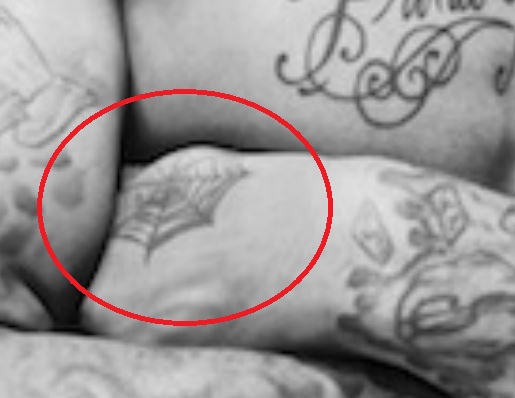 Tattoo: there is a spider web tattoo on his left hand.

Meaning: Spider Web basically represents the time spent in the prison however, some people get it done to symbolize the supremacy of the white groups. Also, a spider is the ancient symbol of mystery, power, and growth. The way spider weaves its web with lots of hard work we humans also weave our own lives. We are responsible for creating our own choices and thus, constructing our own lives. Thus, the tattoo is a reminder to ourselves that we should be careful of our choices and decisions. 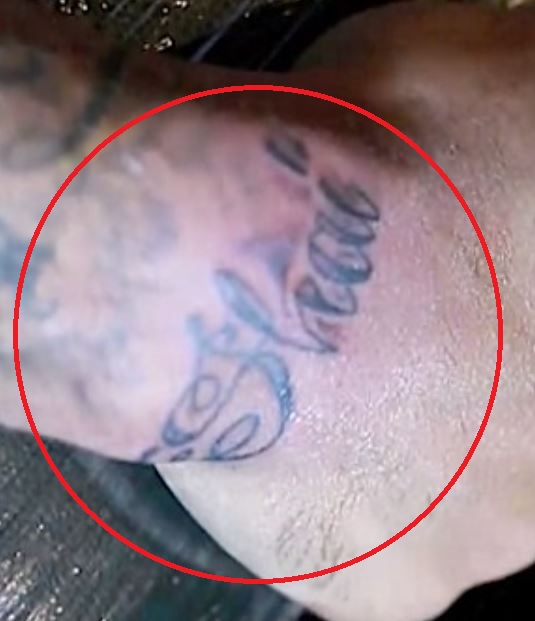 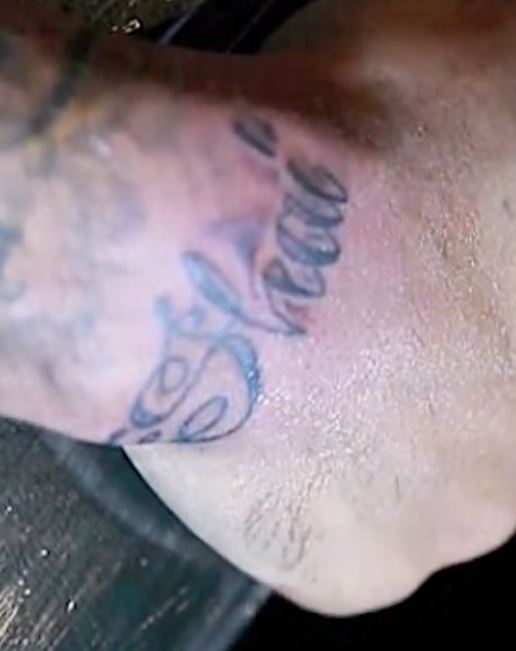 Tattoo: Across his right hand, Moss has got the word, ‘Shai’ inked.

Meaning: Shai is the first name of Bow’s daughter.

Meaning: The letters in the tattoo say, ”LBW” as in ”Lil’ Bow Wow”. Also, Bow Wow has got his own company called LBW Ent. 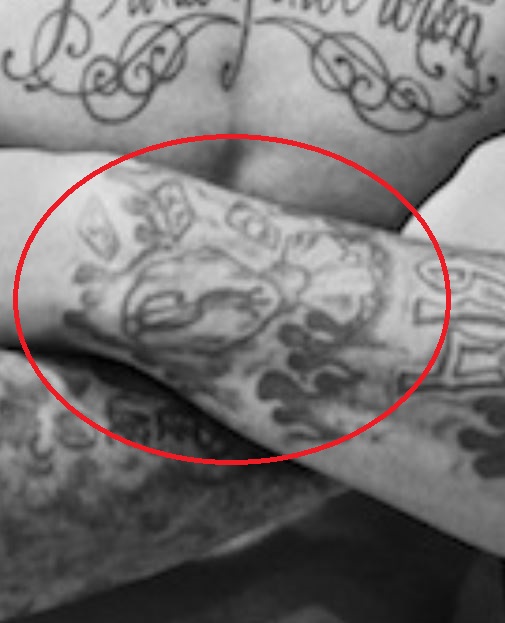 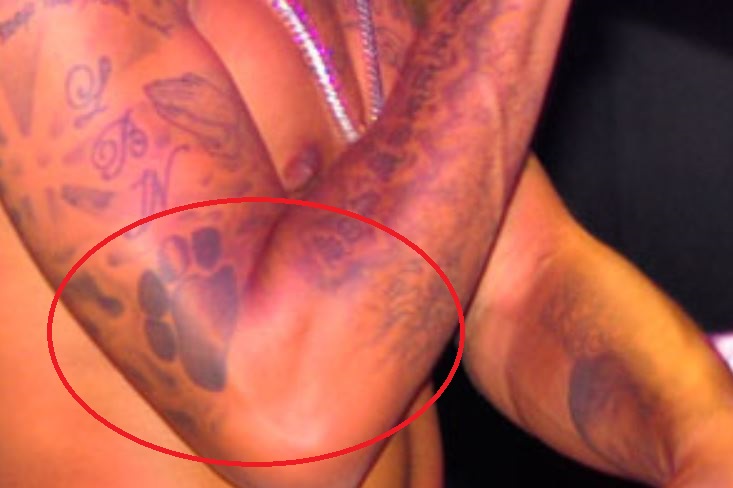 Meaning: Bow got this paw inked to embrace his parenthood with his daughter, Shai. It is also said that the dog paw tattoo was done in 2005, and he used the dog paw as his logo back when he was ”Lil’ Bow Wow”. 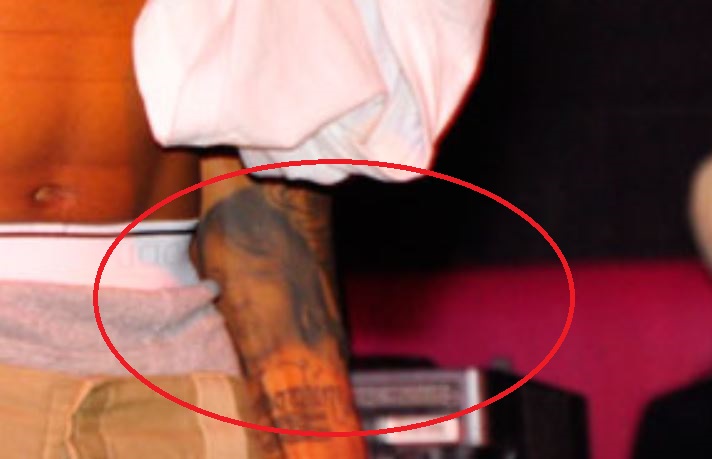 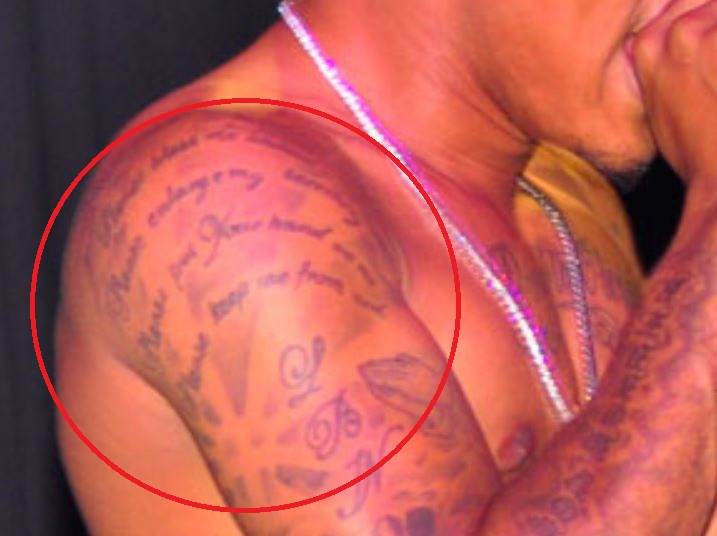 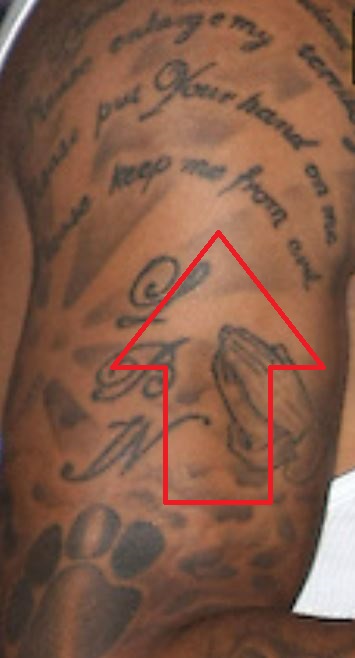 Tattoo: His right bicep carries the words from ‘1 Chronicles 4:10’ from The Holy Bible that says, ‘”Oh, that you would bless me and enlarge my territory! Let your hand be with me, and keep me from harm so that I will be free.”

Hereby, wishing the lord to protect himself from the evils and his enemies and help him be free from any harm so that he can lead a happy and free life. 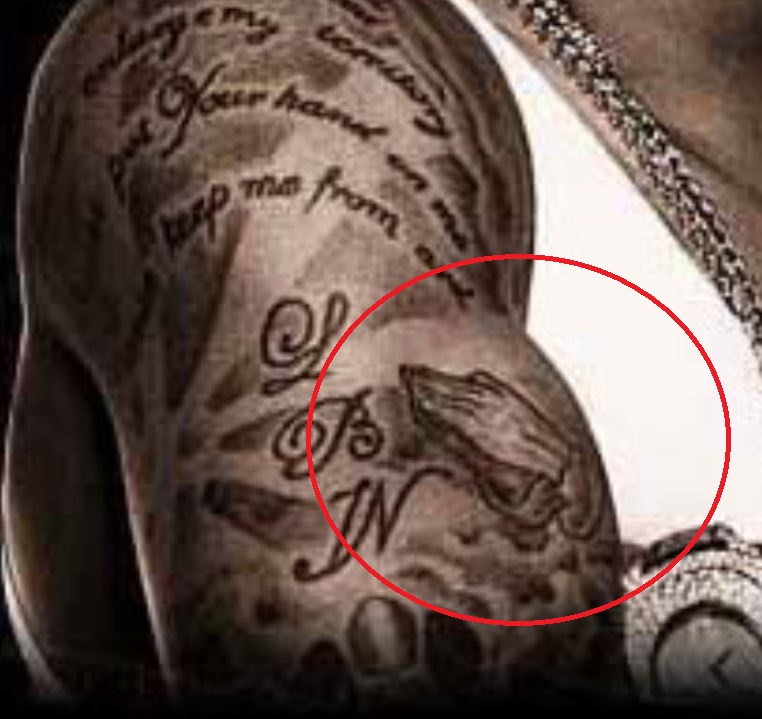 Tattoo: Pair or praying hand is tattooed on the inner side of Bow Wow’ right bicep.

Meaning: Praying hands are the symbol of Christian belief and faith. Paying respect to the power of Christ and his blessings, people get such tattoos. Also, it represents their dedication towards self and family, 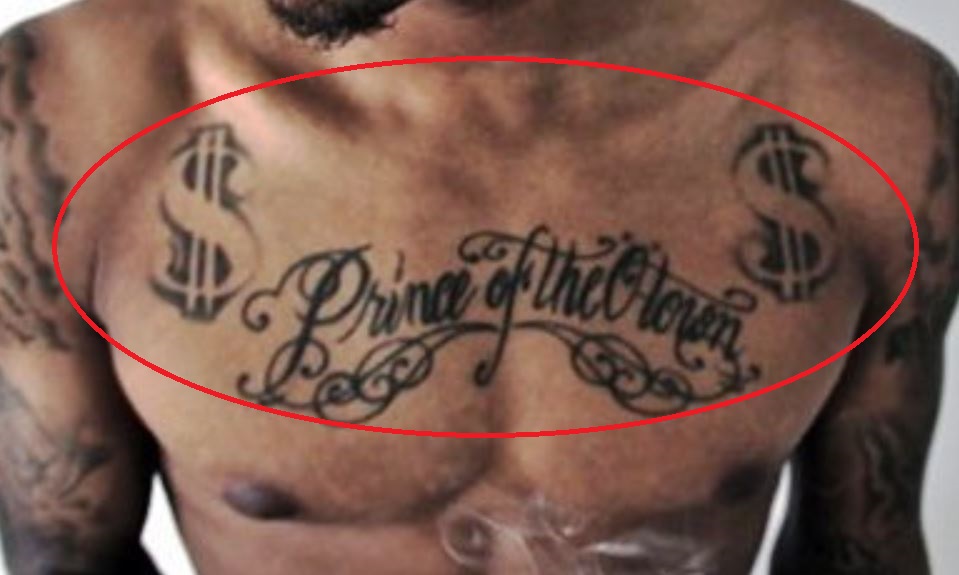 Tattoo: ‘Prince of the O town’ is tattooed across Bow Wow’s chest. Also, there is a dollar sign tattooed near each of his shoulders.

Meaning: Rolling dice in flames is an important symbol of good luck. 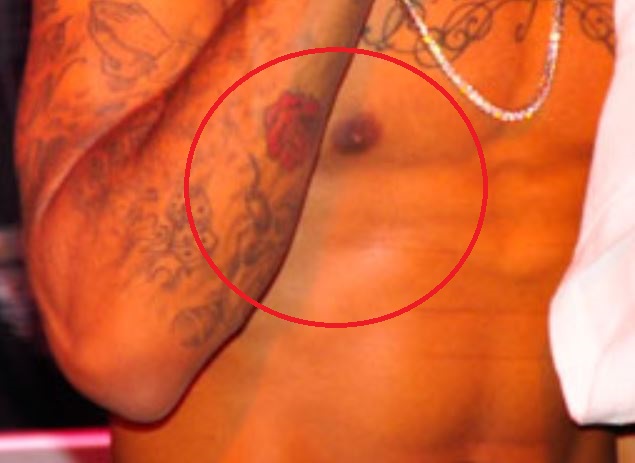 Tattoo: Red rose, the symbol of love and romance is tattooed on Greedo’s right outer arm. 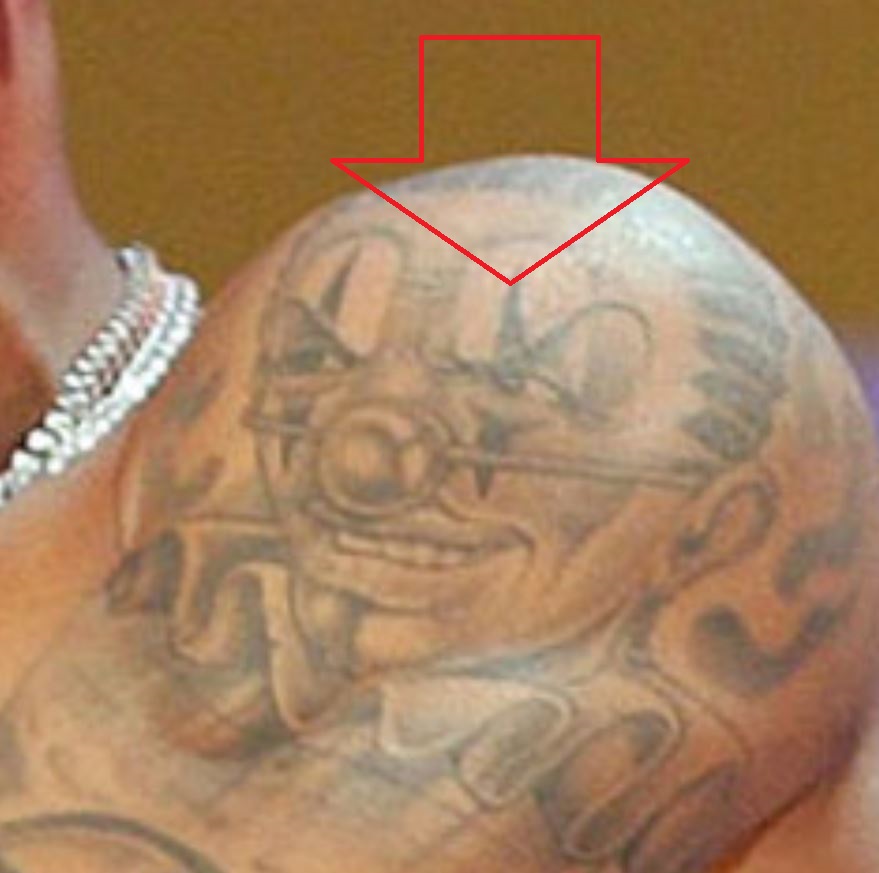 Meaning: Joker or clown represents your positive attitude towards living a life, a life that is full of happiness and positivity. 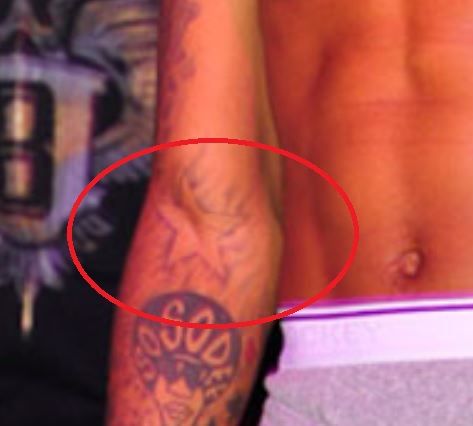 Tattoo: Five-pointed star is inked on his right forearm.

Tattoo: ‘Teresa’ is inked on the side of Bow’s left hand. 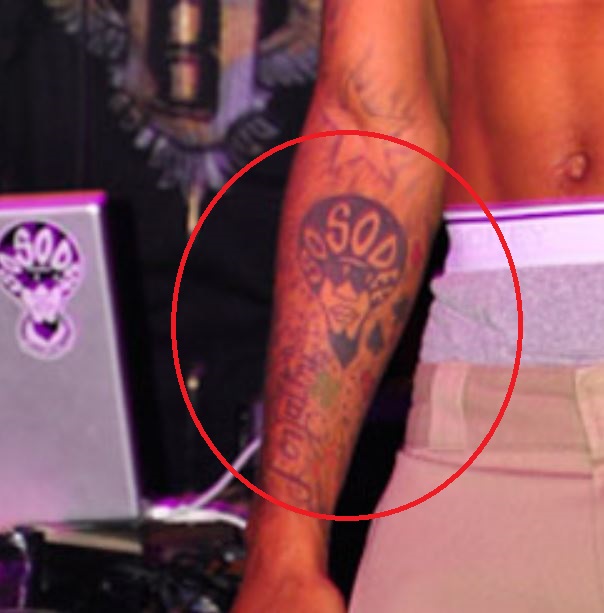 Tattoo: Turbaned cartoon is tattooed on his right inner forearm followed by the letters “SOSODEF” being inked on the cartoon’s turban.

Meaning: The cartoon is actually the logo of So So Def Recordings, an American record label based in Atlanta, Georgia, United States, 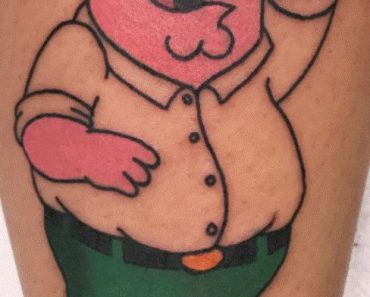