Terrell Raymonn Suggs nicknamed as T-Sizzle is an American football outside linebacker who plays for the Arizona Cardinals of the National Football League (NFL). Suggs was named a Parade high school All-American in 2000, Gatorade Arizona Player of the Year, and the 60th-best player in the nation by Sporting News. Apart from this Veteran Baltimore linebacker has a great love for tattooing his body as he features permanent inks on both of his arms and chest with some deep meanings. Let us take a quick look and study their meanings. 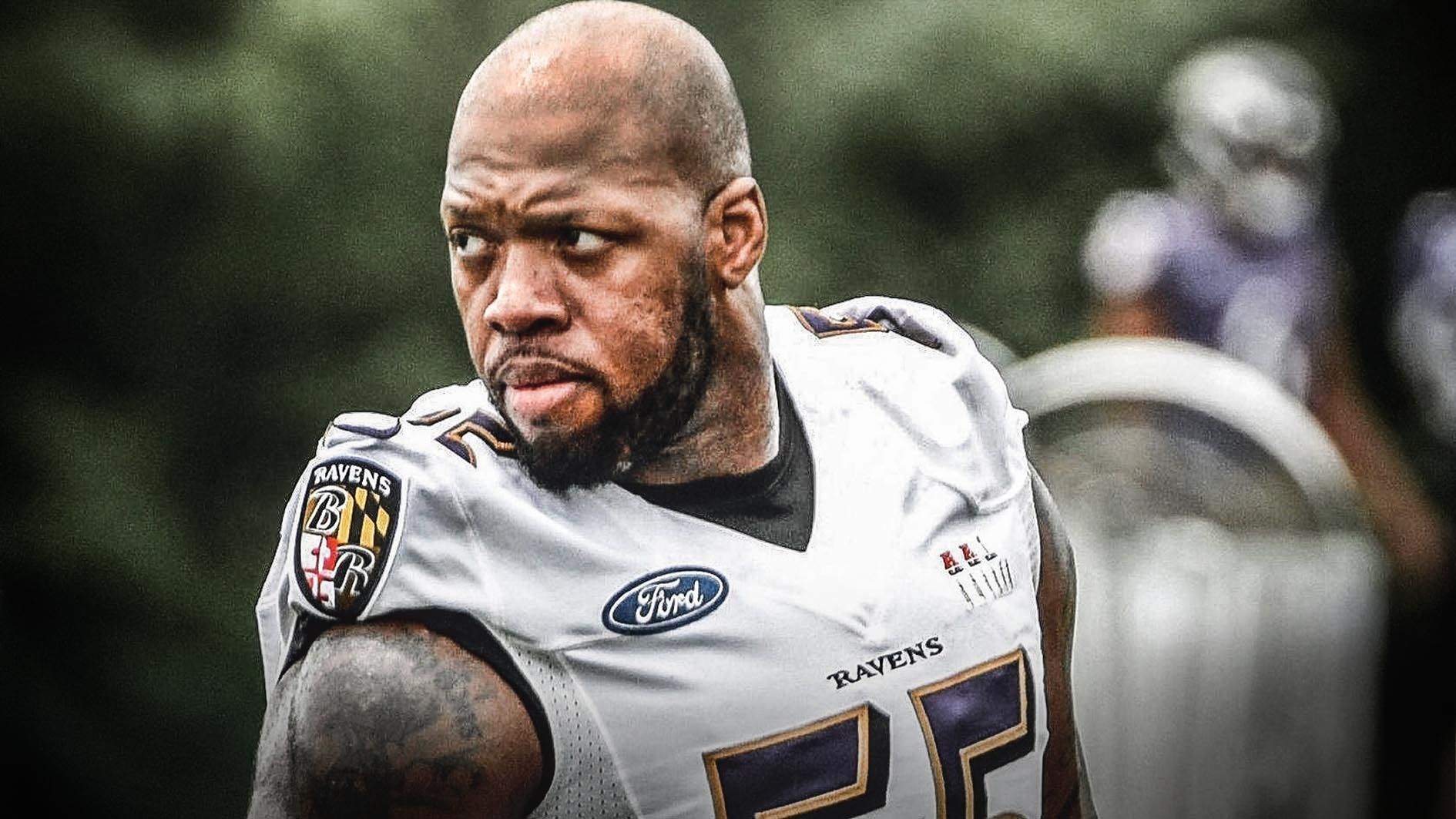 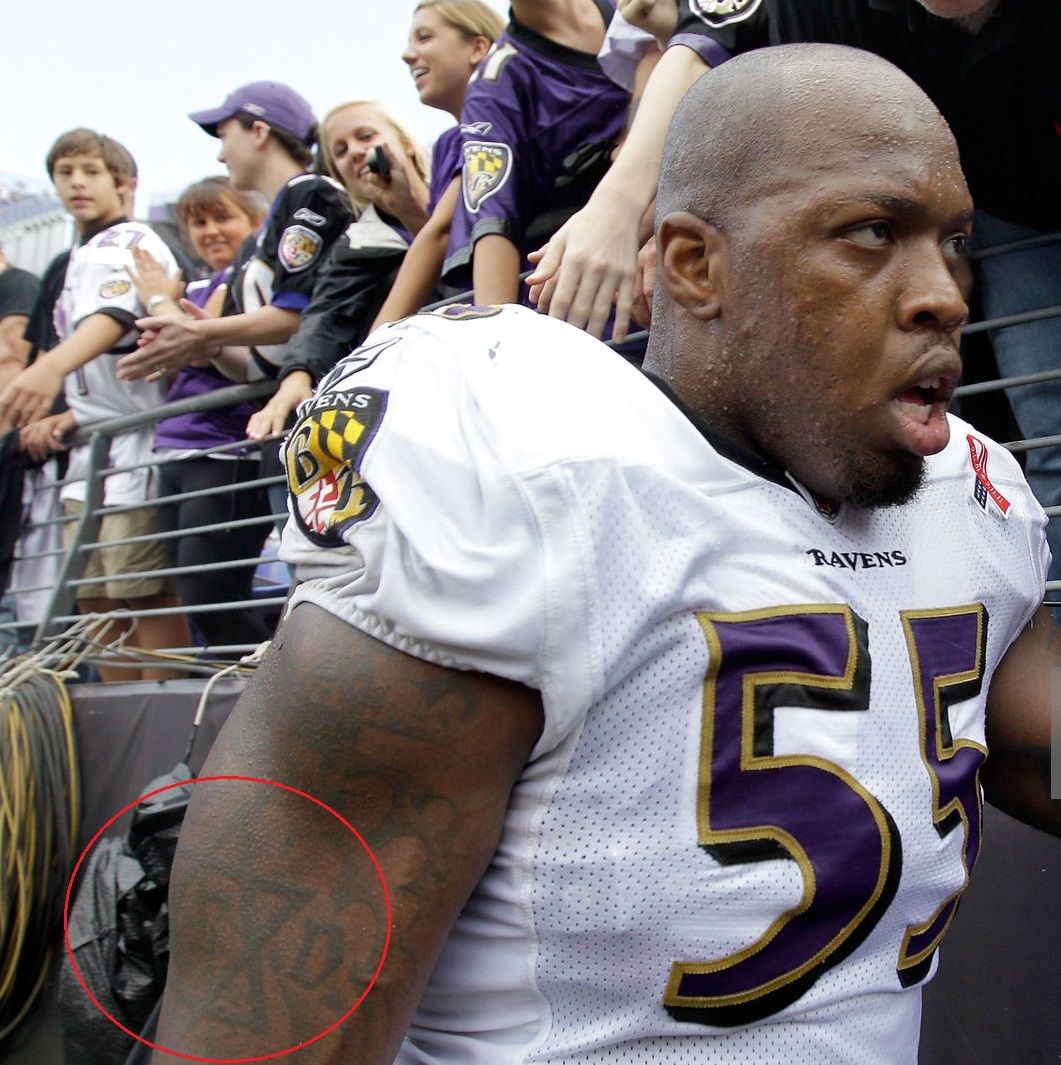 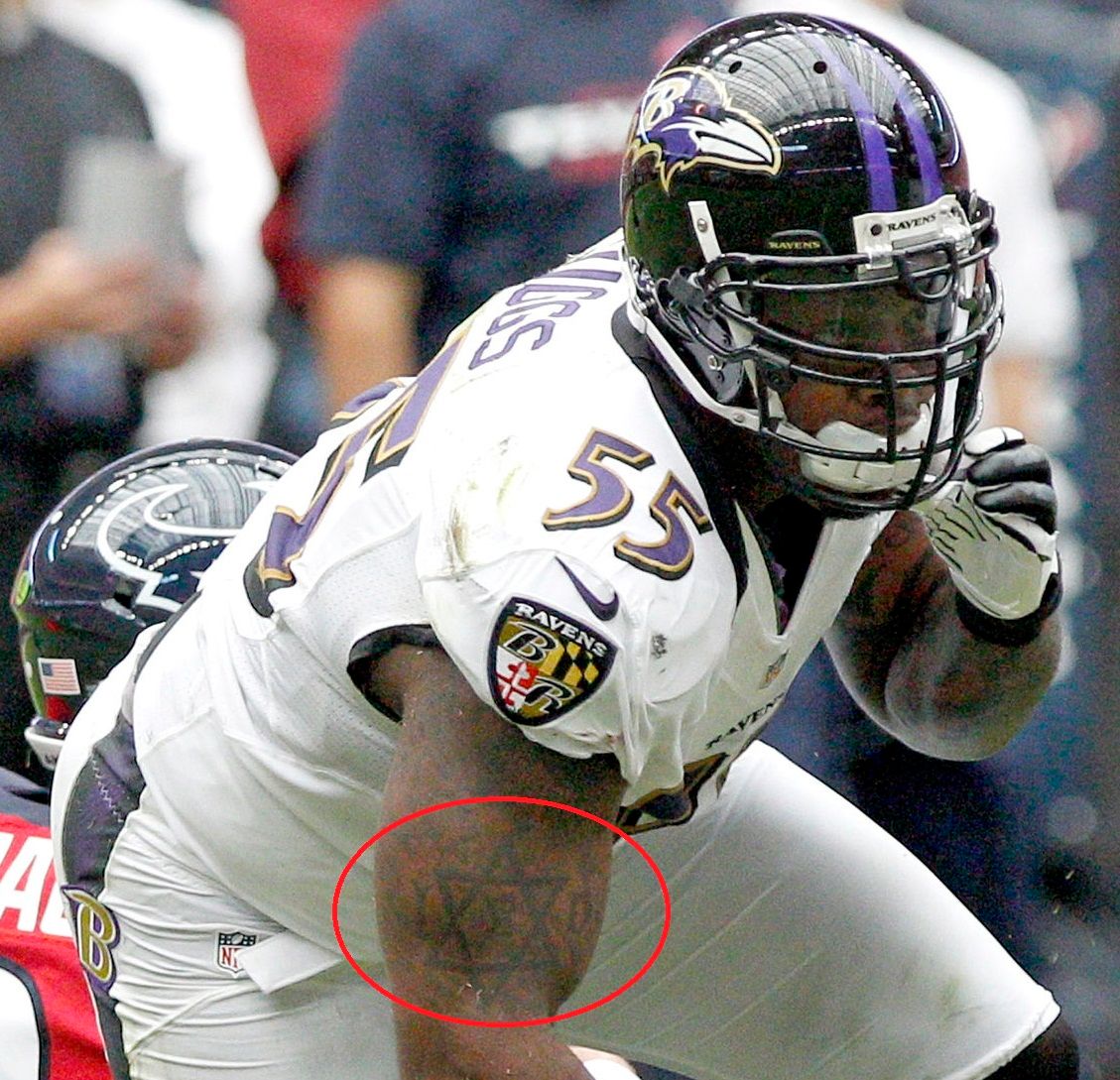 Tattoo: The right bicep of Terrell Suggs’ features a tattoo of a Jewish and Israeli symbol that compounds of two equilateral triangles.

Meaning: The former NFL Defensive MVP got his Jewish star tattoo a day after his 2009 season, which he previously called “my worst season as a professional.”

“I had to rededicate myself to the game. I had a lot of things I was dealing with so I pretty much got this tattoo, just kind of, to remind me of who I am. The real me.”

“I was gonna get it branded,” he added, “but that was a bit extreme.” 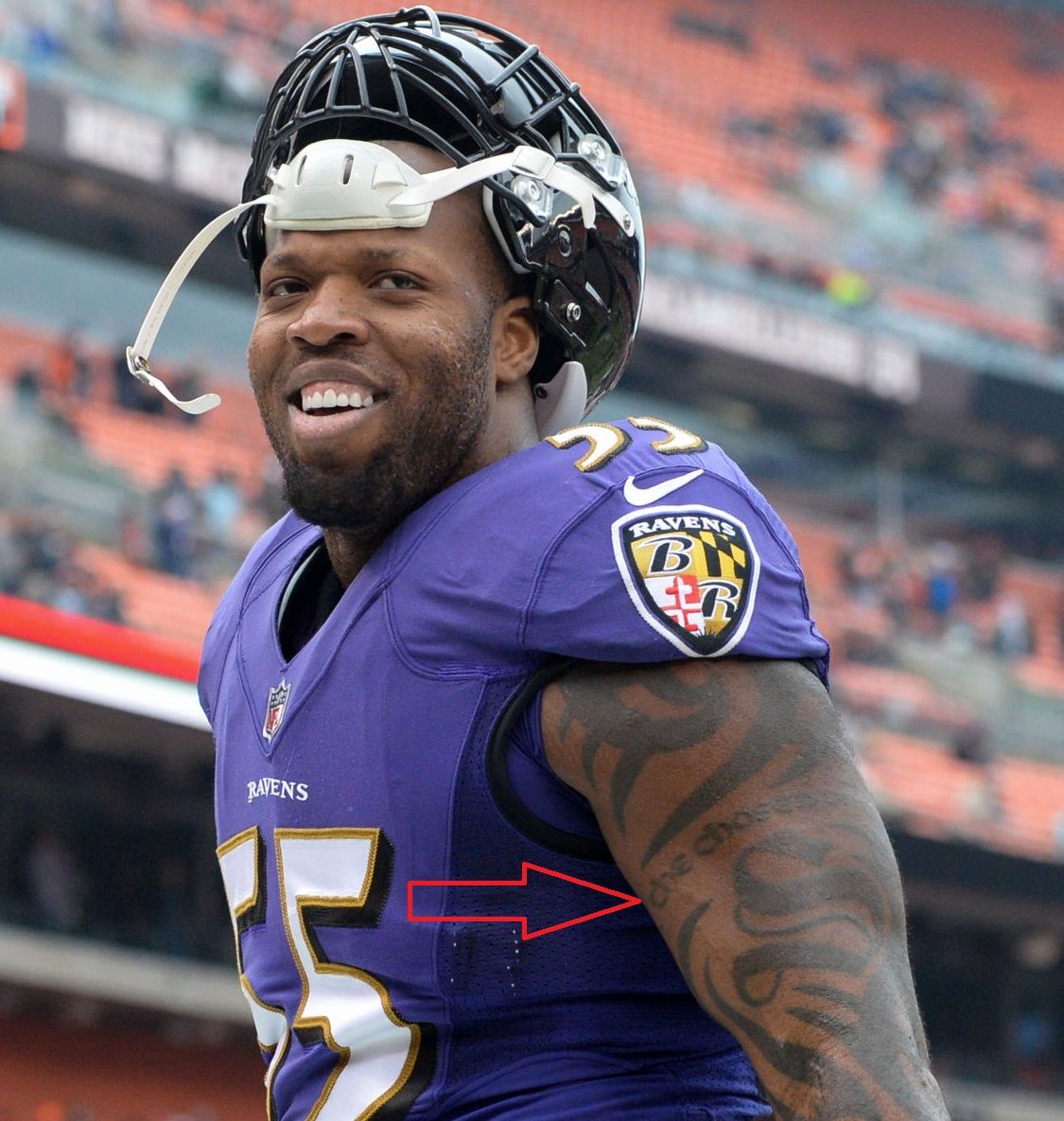 Tattoo: The left arm of Veteran Baltimore linebacker has a quote that reads “the chosen one”.

“I put the ‘Chosen One’ on there because I come from a family of athletes, but I was the only one to ever make it professionally.” 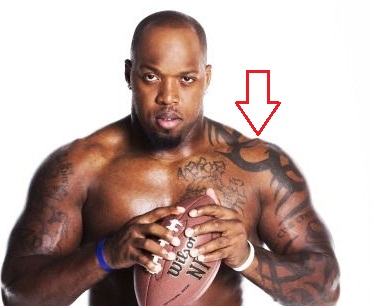 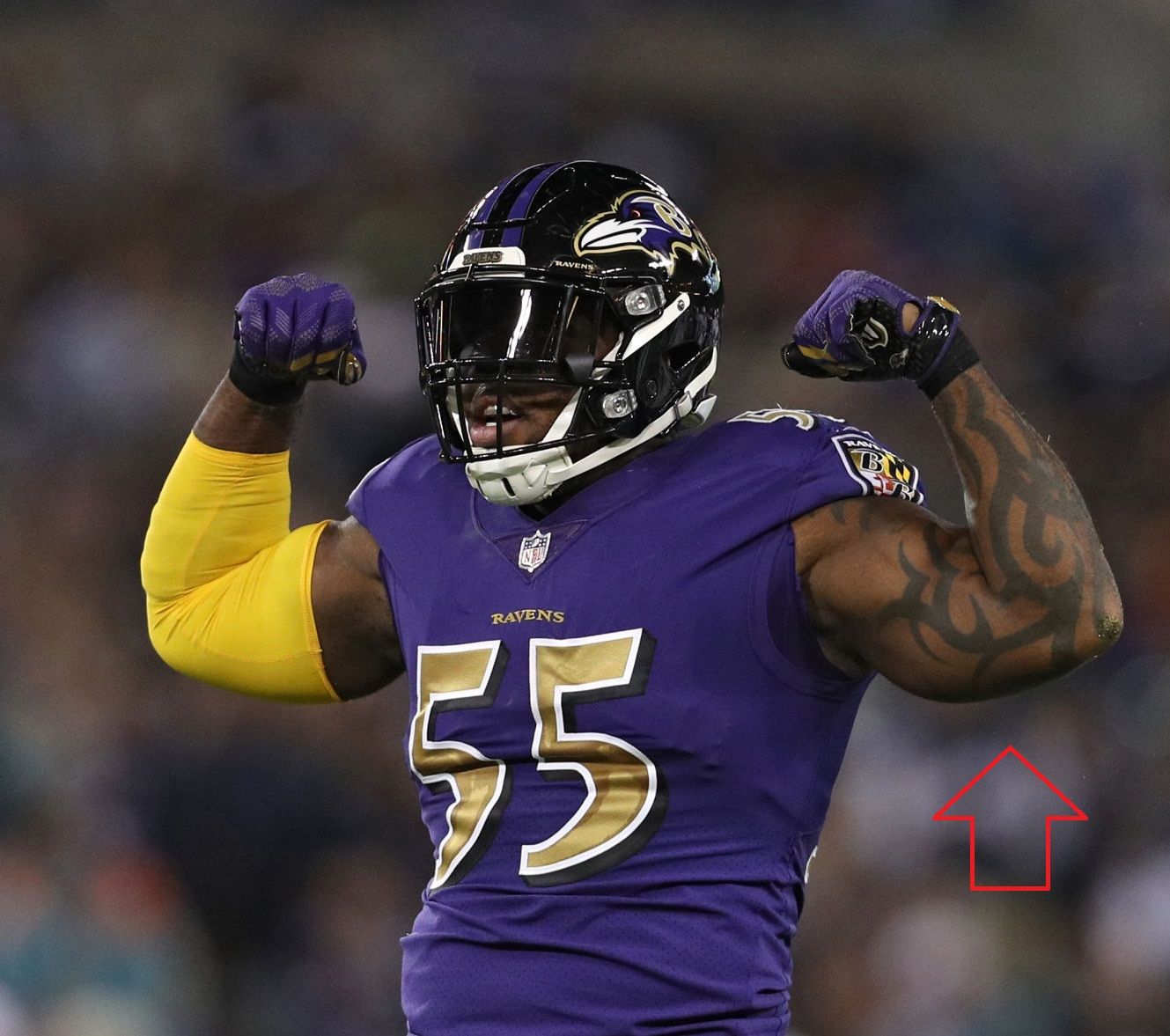 Tattoo: The left arm of Terrell Suggs features the floral tribal designs covering the whole of his shoulder blade till his wrist. He got it done in 2008. 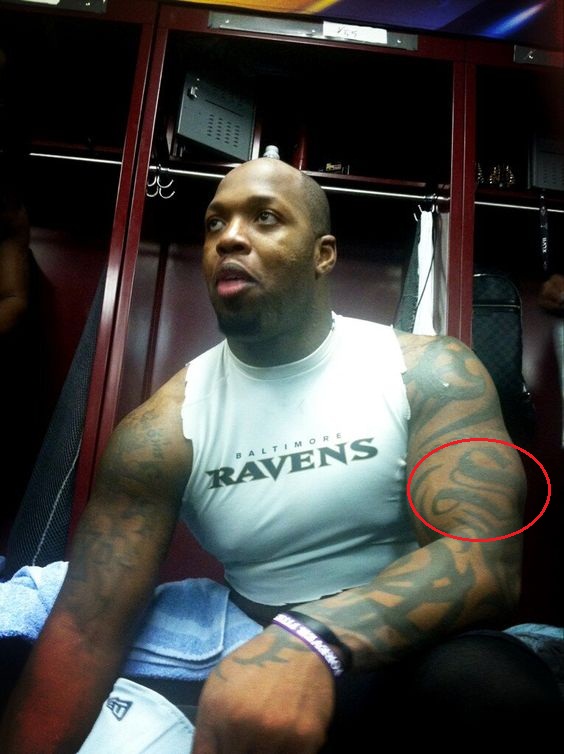 Tattoo: The bicep of Terrell Suggs’s left arm has a tattoo of ‘S’ inked on it.

“I got this S for Suggs when I was 19. My mom let me get it. I have to ask my mom for permission for all my ink. Every single one. She don’t like me marking up my body. She don’t, because that’s now how she had her babies. 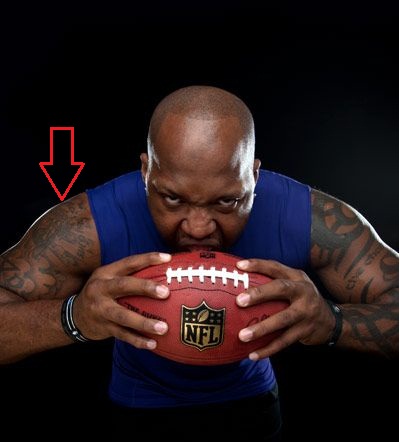 Tattoo: The shoulder of Terrell Suggs has a tattoo of a “Star of David necklace inked on it.

Meaning: As he considers himself the greatest Jewish football player of all time he wears a badge that Jews were forced to wear in Nazi-occupied Europ. It invested the Star of David symbolizing martyrdom and heroism. 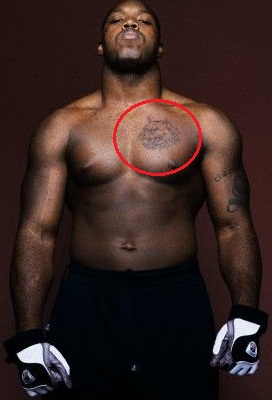 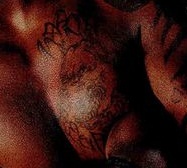 Tattoo: The left side of Terrell Suggs’s chest contains a tattoo of the face of a dragon and text in Hebrew written below it. 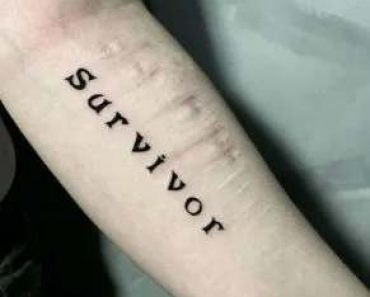 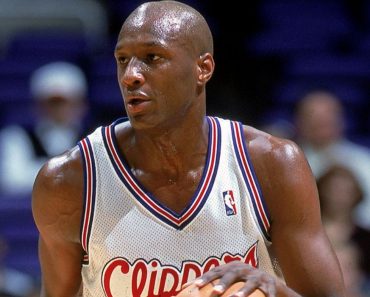