Parmish Verma was born to a family of Punjabi descent on 3 July 1986. He is a well-known Punjab based model, director, actor, and singer who has risen to fame after a lot of struggle. After failing at hotel management course in Sydney, Australia, he returned to India in 2008 and started his singing and acting career in the Punjabi film & music industry. He is very open about his personal life on social media and has a huge fan following on Instagram. Parmish is a gym freak and is popular for being a style icon in Punjab. His fans also admire his tattoos, he has got inked 4 times. Each and every tattoo on his body has a story and signify a special status in his life. Let’s explore more about his tattoos: 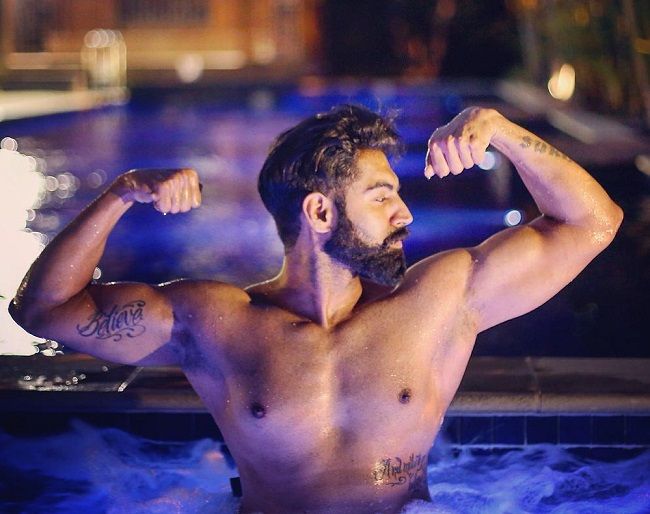 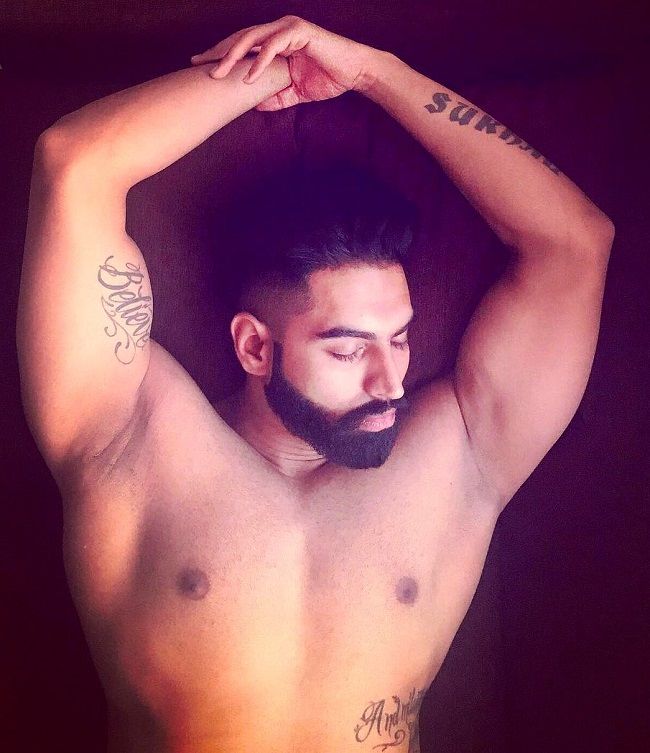 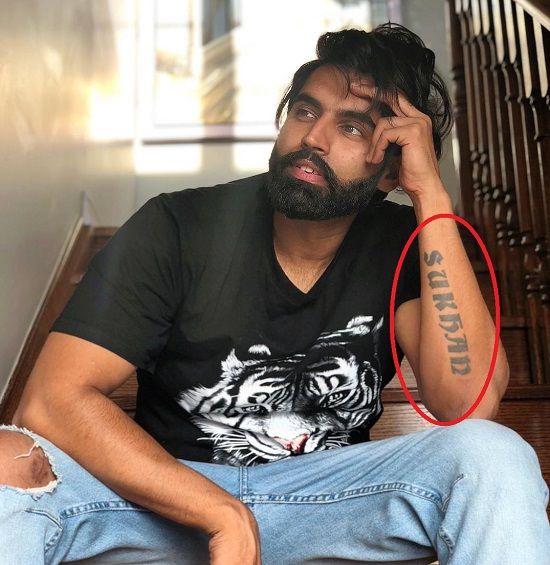 Parmish got his first tattoo when he was 18 years old of his brother’s name- “Sukhan” on his left forearm inked in black. This tattoo shows his love towards his younger brother. In an interview, he revealed the secret behind his first tattoo on his body-

“I was 18 when a friend of mine got a tattoo of his girlfriend’s name, the whole night I was thinking who do I love the most and next day I got my brothers name inked.” 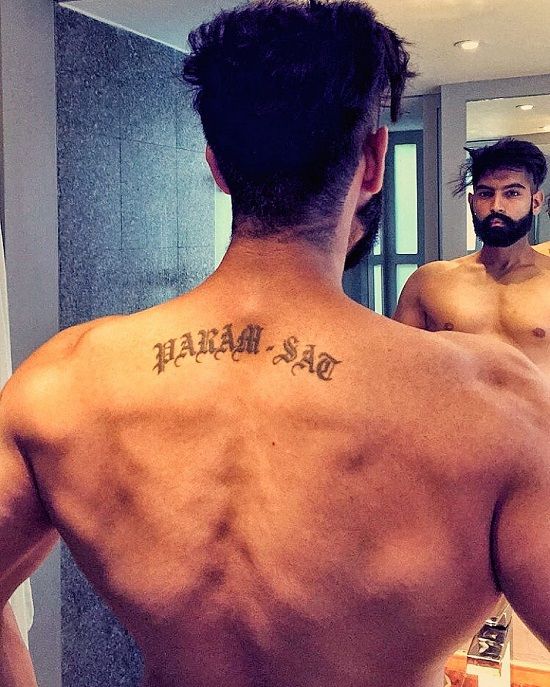 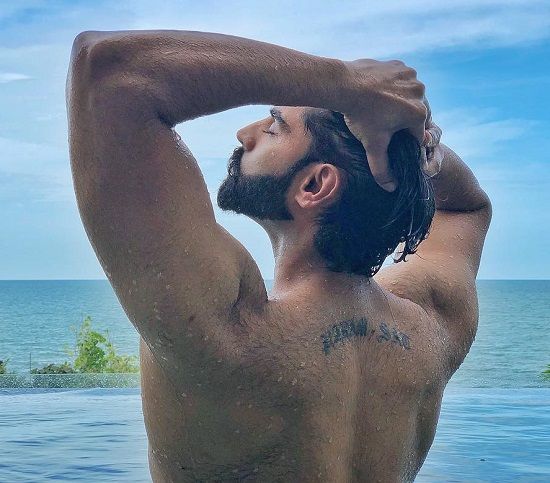 The tattoo on his back, “PARAM-SAT” has originated from his parent’s name Paramjit (Param) and Satish (Sat). The main motive behind this tattoo is to thank his parents for the constant love and support since childhood. Besides, this reflects his respect and the bond that he shares with them. 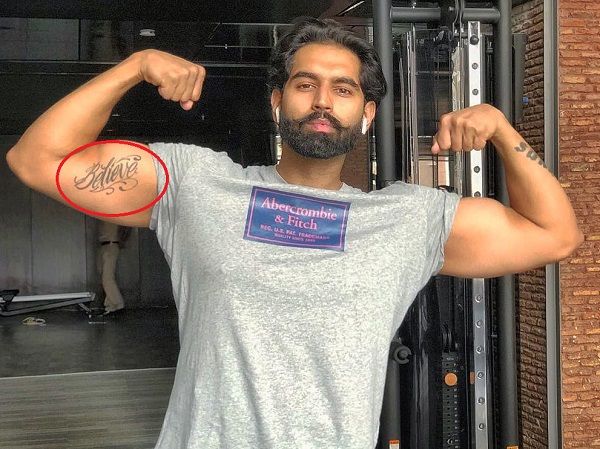 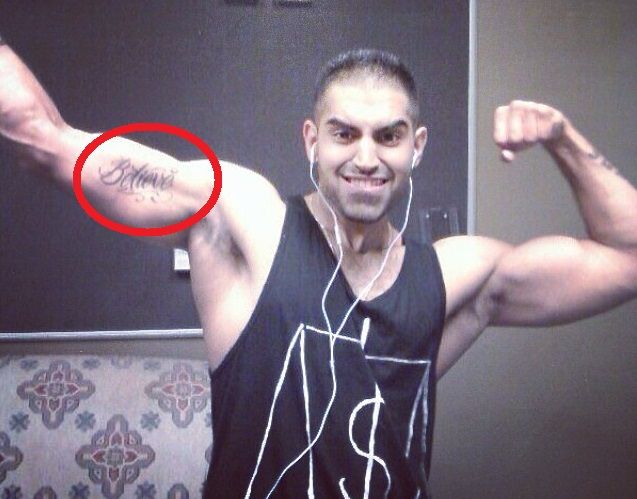 The singer-actor has inked “Believe” on his right biceps. In an interview when asked about the meaning of this tattoo, he said – “his strengths are his belief”. 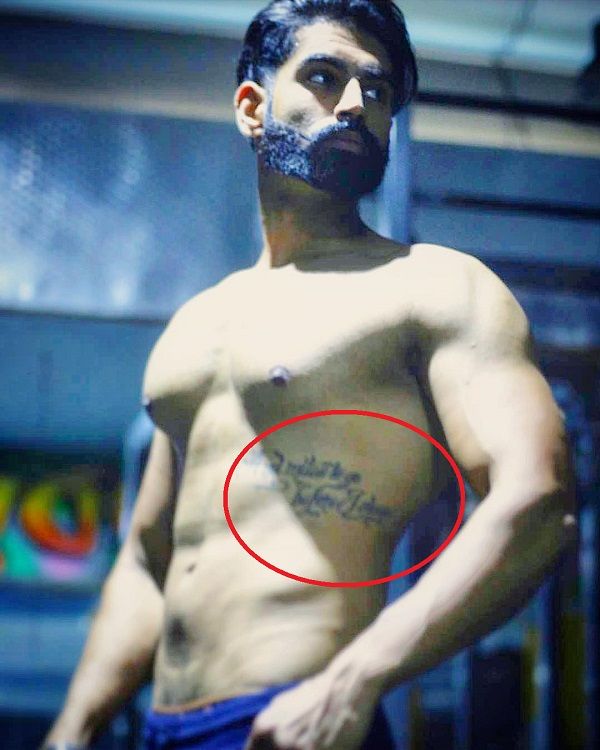 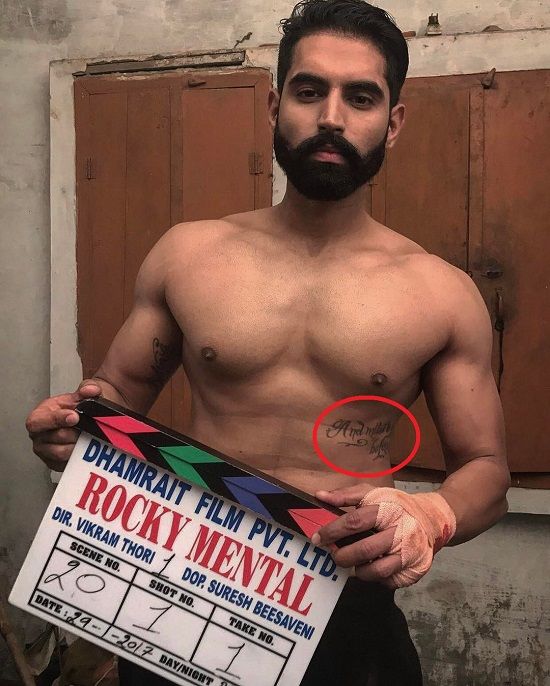 Parmish has a poem phrase inked from the book- “Stopping by Woods on a Snowy Evening” by Robert Frost’s that reads as “and miles to go before I sleep” on the right side of his midriff. This phrase clearly portraits his dedication to achieve new heights in his career. 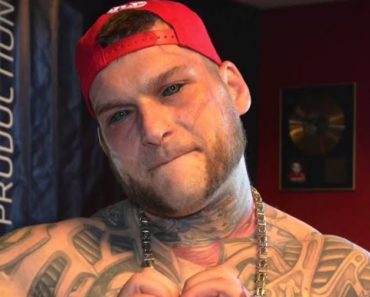 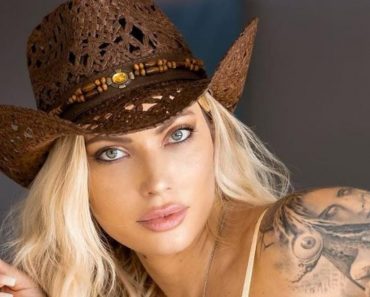