Drew Barrymore is an American actress, producer, director, model, author, and entrepreneur who frequently makes headlines for several reasons. Apart from her acting career, she owns a production company with Nancy Juvonen, under the name ‘Flower Films.’ She even owns the range of cosmetics under the same name. Her other business ventures include a range of wines and clothing line. If we talk about her body tats, the actress has several small and subtle tattoos and all of them hold special significance for her. Here’s what we know of Drew Barrymore’s tattoos and their meanings. 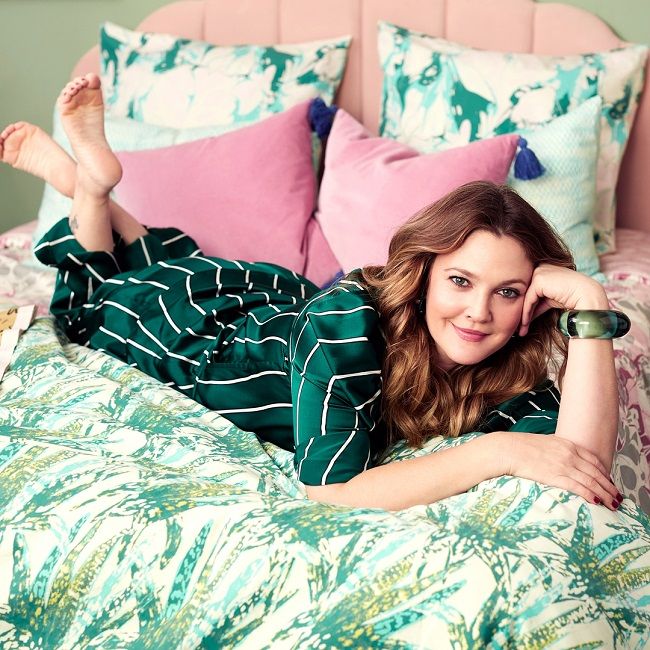 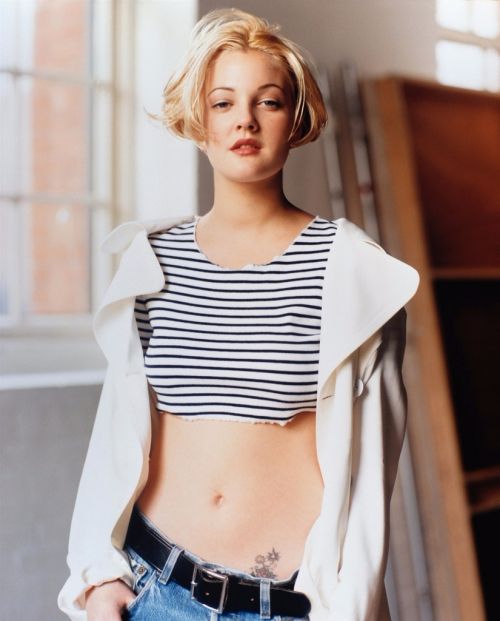 Tattoo: ‘Flowers’ Tattoo below her waistline.

Meaning: Drew Barrymore’s very first tattoo is also one of her least favorites as she wanted daisies but the tattoo artist inked an assortment of flowers on the left side of her stomach. 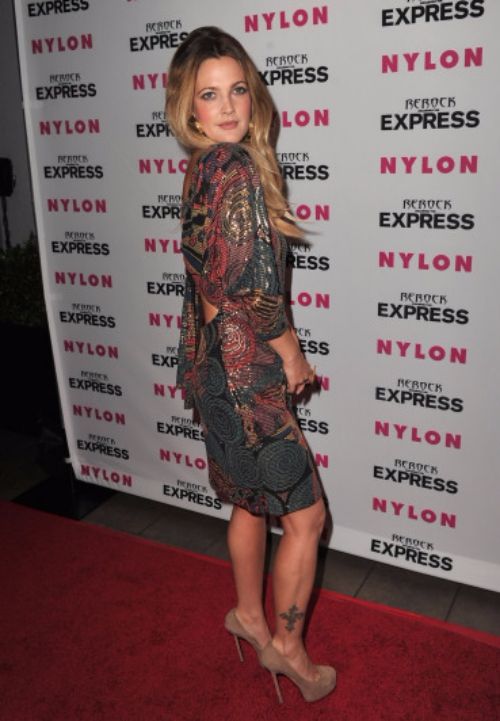 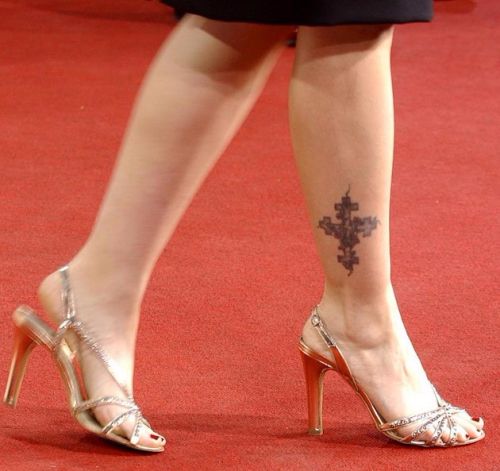 Meaning: Cross on Drew’s right ankle is probably her biggest tat. Though not much is known about this tattoo, Drew says that the tattoo is inspired by the script of Poison Ivy (1992) and interestingly, the character had a similar tat. The tat features a big cross wrapped in flowery vines. Generally, a cross tattoo is a symbol of one’s spirituality and religion. 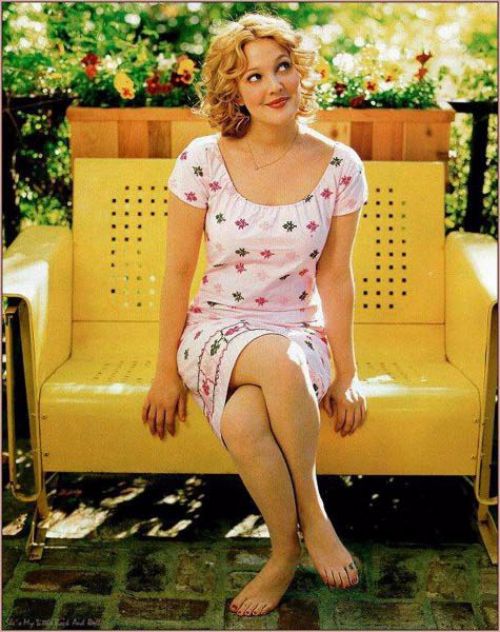 Meaning: There is a small crescent moon on Drew Barrymore’s right toe. Rumors were that it was a friendship tat. Crescent moon tattoos are called as the symbols of birth cycles, fertility, and womanhood. 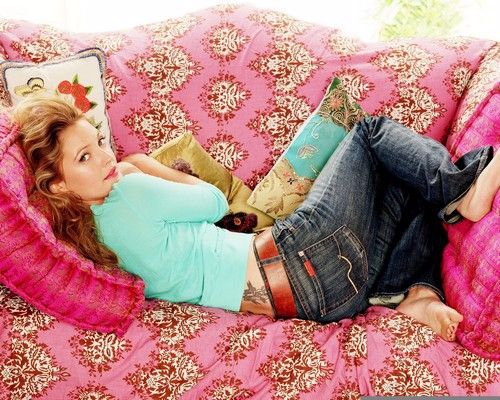 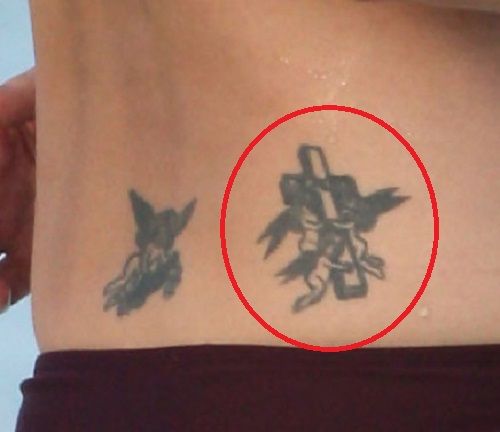 Tattoo: ‘Cherubs with Cross’ Tattoo on the right side of her lower back.

Meaning: 3 cherubs are holding a cross-bearing Drew’s mother’s name, Jaid on her lower back. The tat features a simple cross surrounded by angels. The tattoo is a tribute to her mother. 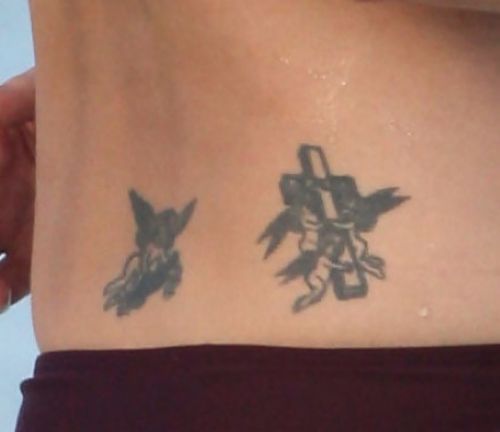 Tattoo: ‘Cherub’ Tattoo on her lower back.

Meaning: Another tattoo on Drew’s lower back, which is typically a tramp stamp location. It features a cherub holding a banner that says, Jamie. ‘Jamie Walters’ is the name of Drew’s ex whom she dated 1992 to 1993. 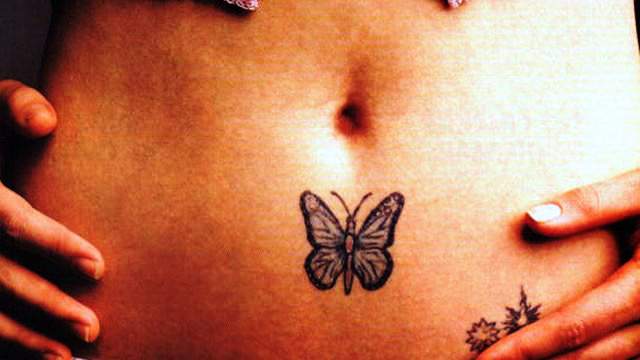 Meaning: One of the most well-known Drew’s tattoo is a butterfly tattoo that sits near her belly button. This tattoo has always had a strong symbolic meaning to Drew. It represents new beginnings, rebirth, good times, blessings, progress, and good times. 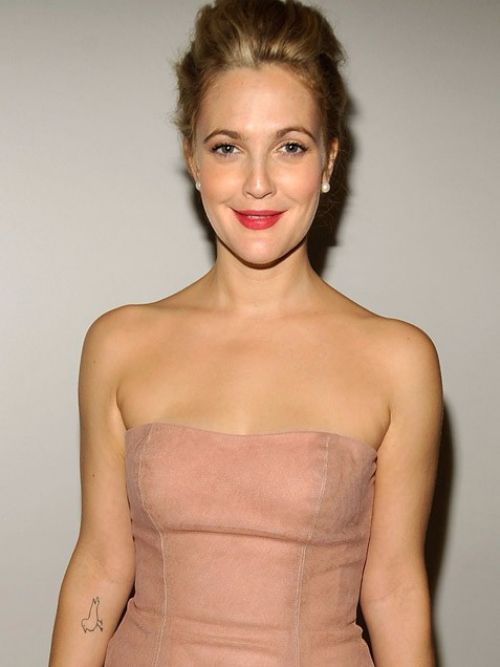 Meaning: Drew has got a simple outlined butterfly tattoo on her arm which represents new beginnings, freedom, joys, happiness, and rebirth. 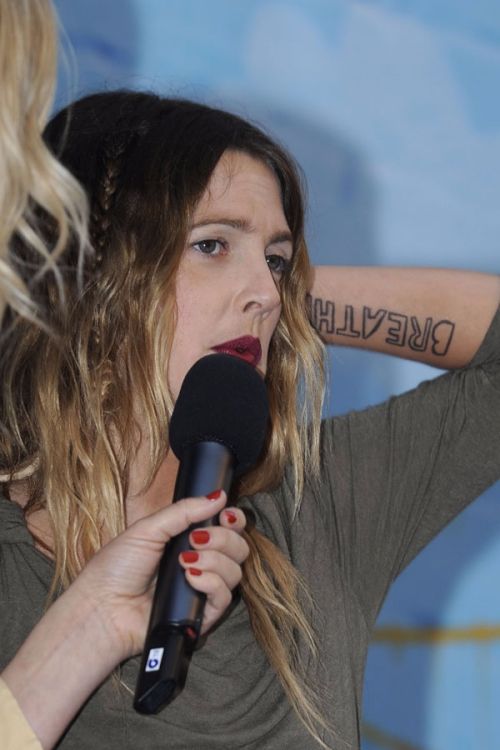 Meaning: The word ‘BREATHE’ is inked in a stencil-like font on Drew’s left forearm that continues till her wrist. The tattoo is a reminder to herself to embrace calmness and be level-headed. In an interview Drew was asked about this tattoo, to which she replied,

I find that even though it’s on my wrist and even though I need to do it survive, I forget to breathe I don’t think I’ve ever reacted in a situation, especially that’s tense or heightened, after taking a deep breath that I wasn’t better than the way I would have reacted if I hadn’t taken that breath.” 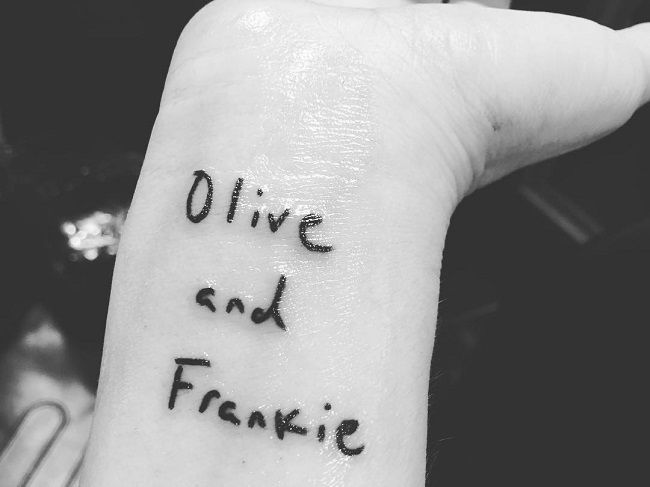 Tattoo: ‘Olive and Frankie’ Tattoo on her right wrist.

Getting a great little lifetime note on my arm.” 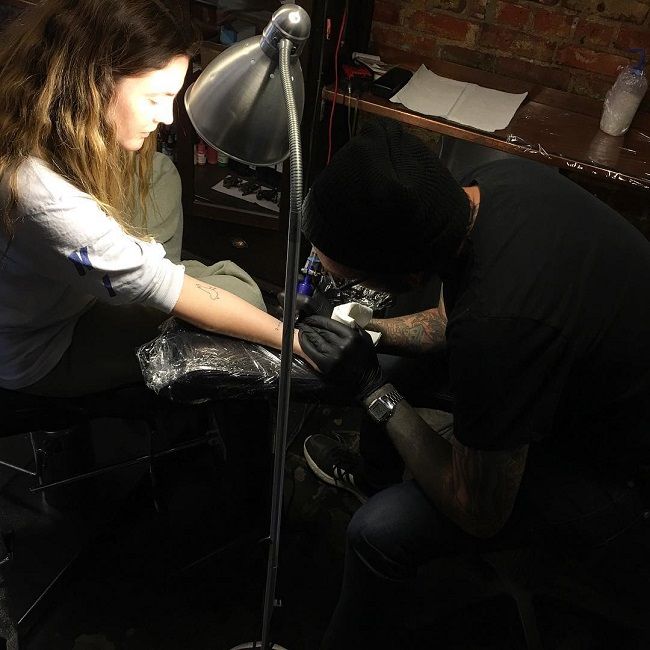 Drew Barrymore while getting her daughters’ names inked on her arm on April 1, 2016.

In 2013, there were rumors that Drew would be going under painful laser treatment to get her tattoos removed as she wanted to get convert to her then-husband Will Kopeeman’s Jewish faith. For the conversion, she was supposed to laser off her tattoos, as according to Jewish culture, she would be unable to be buried in a traditional cemetery if she still has those tattoos on her body. However, the couple got split in 2016.

After getting the tattoo of her daughters inked on April 1, 2016, the couple (Drew and Will) released the statement of their separation on April 2, 2016. They got officially divorced on August 3, 2016.