Scarlett Johansson is an American actress and singer, who is known as the world’s highest-paid actress since 2018. She is popularly known as the’style icon’, who is also famous for sporting some interesting tattoos on her body. Let’s know more details regarding her tattoos along with their meanings. 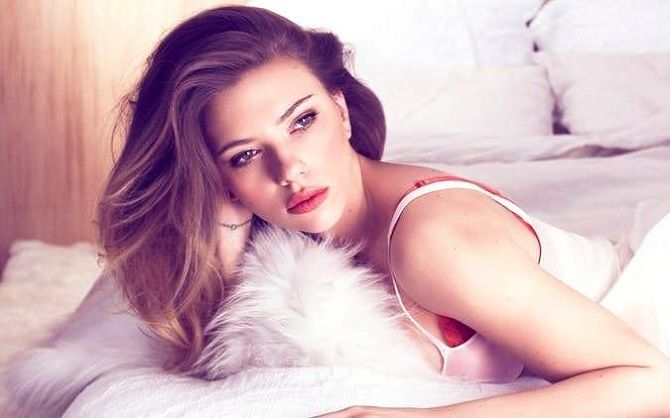 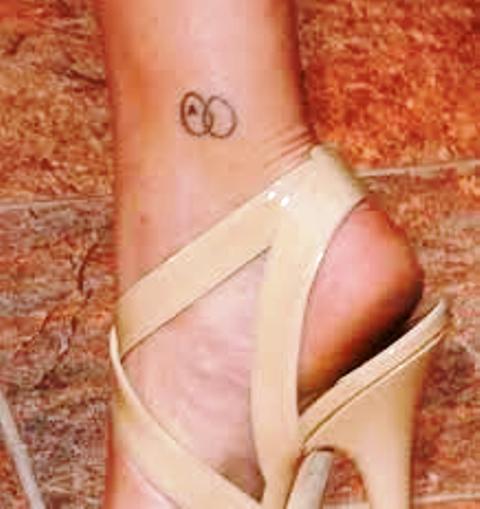 Meaning: Scarlett got the two interlocking circles inked, which little bit looks like an infinity sign, on her right ankle. It has the letter ‘A’ inside it. Who is this mysterious ‘A’, though? We’re curious! 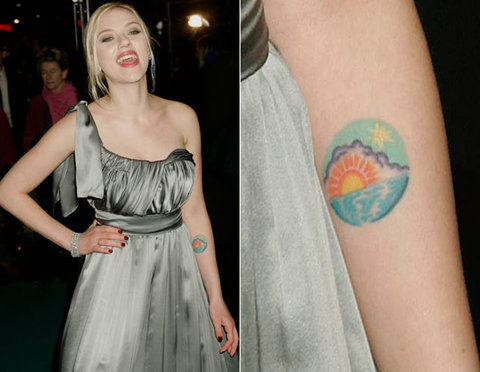 Meaning: Johanson got a colorful tattoo of a sunrise on the inside of her left forearm. She says it makes her happy as it is a lesser-known fact that sunrise is an expression of optimism, faith, and novelty. 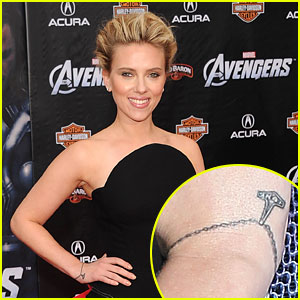 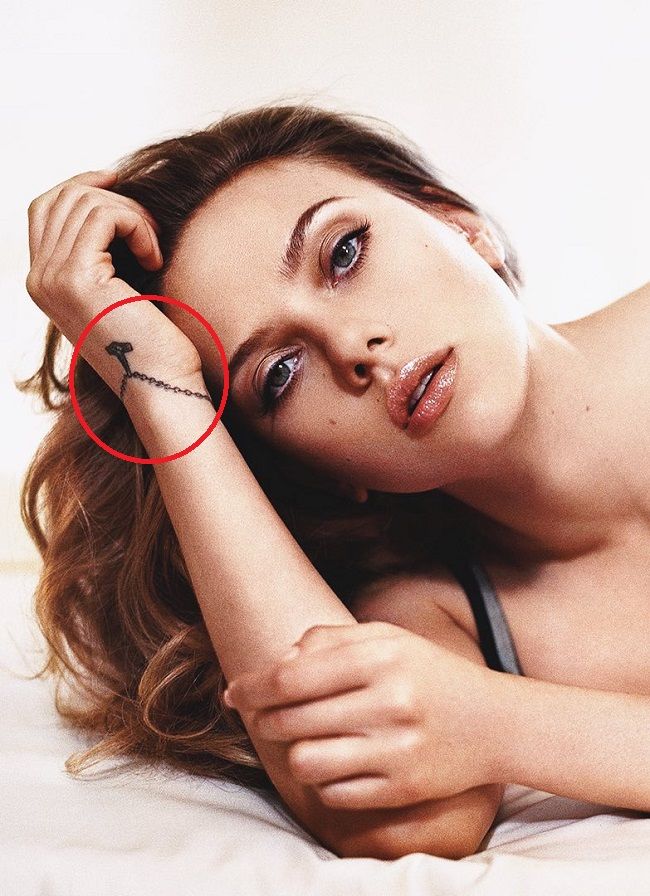 Meaning: Not a bracelet but a bracelet tattoo which she got on her right hand. It is a pendant of a ‘Thor Hammer’ which inscribes the words ‘I ❤️ NY’. This tattoo was first seen during the premiere of ‘The Avengers’ in 2002.

4. ‘LUCKY YOU with a Horseshoe’ Tattoo 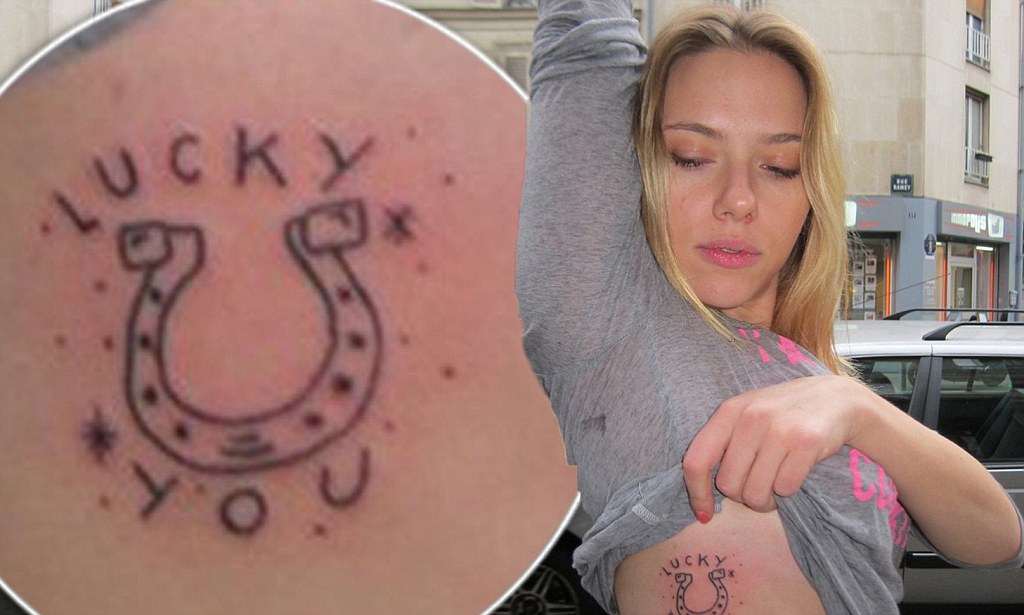 Tattoo: ‘LUCKY YOU with a Horseshoe’ Tattoo on her right ribcage.

Meaning: She got an inverted horseshoe with the inscription ‘LUCKY YOU’ on her right ribcage. This tattoo is believed to bring good luck and success in every aspect. French tattooist and graffiti artist, ‘Fuzi Uvtpk’ had inked this tattoo on Scarlett’s body. 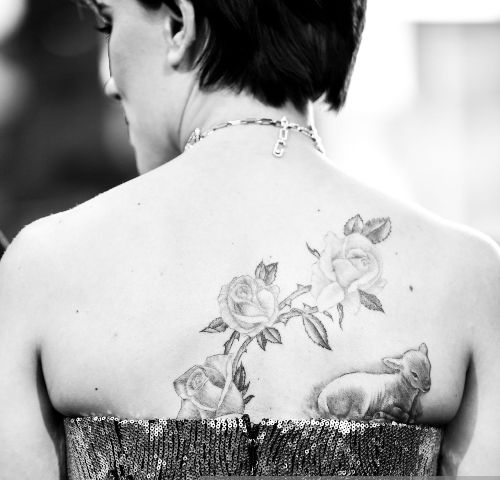 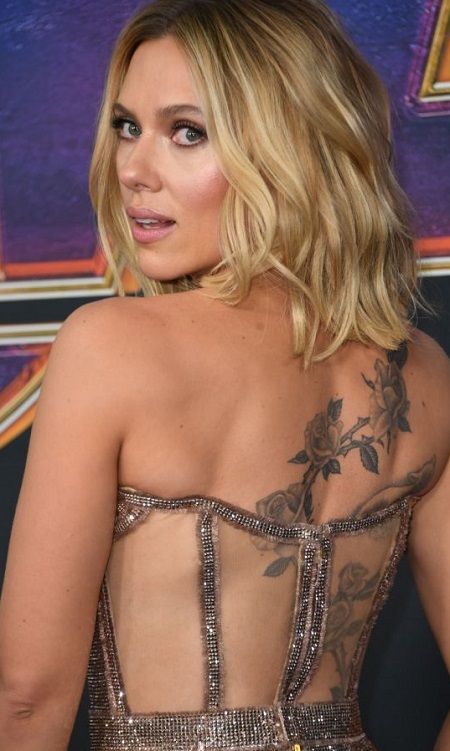 Tattoo: ‘Lamb with Floral Design’ Tattoo on her back.

Meaning: Scarlett got an elegant floral print design with a sitting lamb, etched between her shoulder blades. This large tattoo on her upper back surely adds beauty to her collection of body inks. 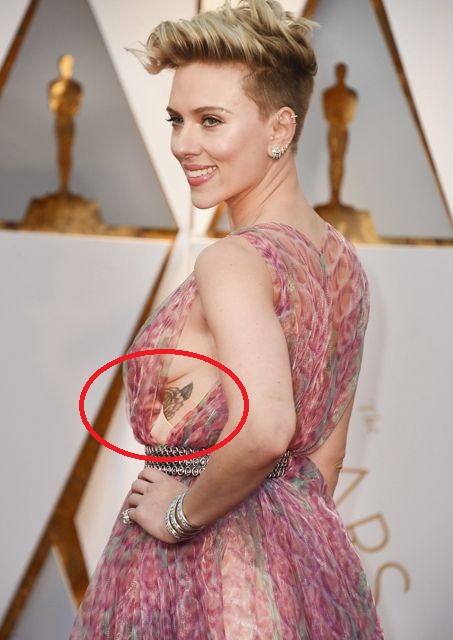 Meaning: Scarlett got inked a rose-like pattern on her left ribcage. Although she has not revealed the full image of the tattoo yet, it looks like a rose with leaves around it. A rose tattoo is a symbol of love, feelings, emotions, and passion. It also denotes protection from an envious lover and a mature love. 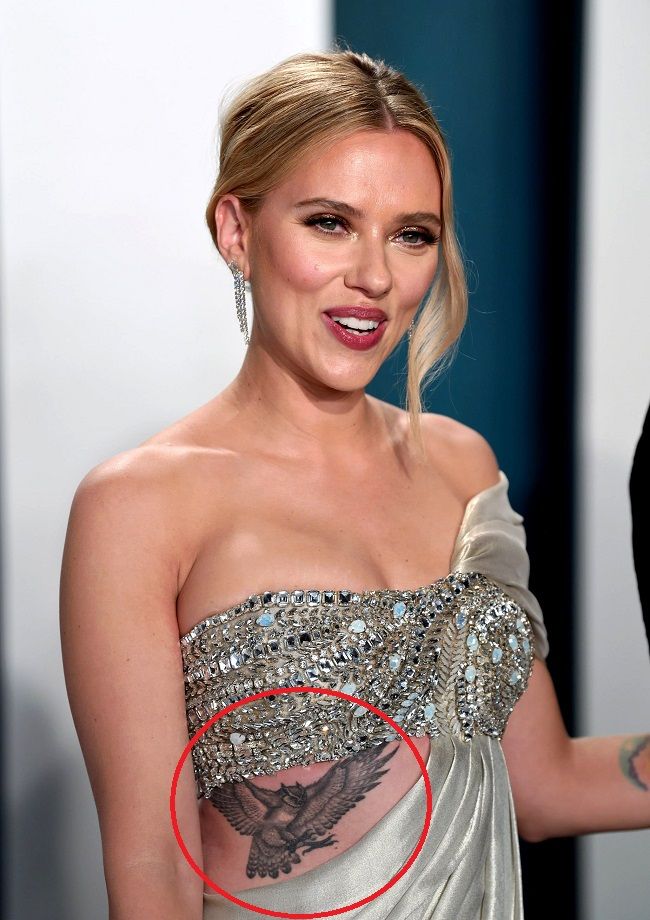 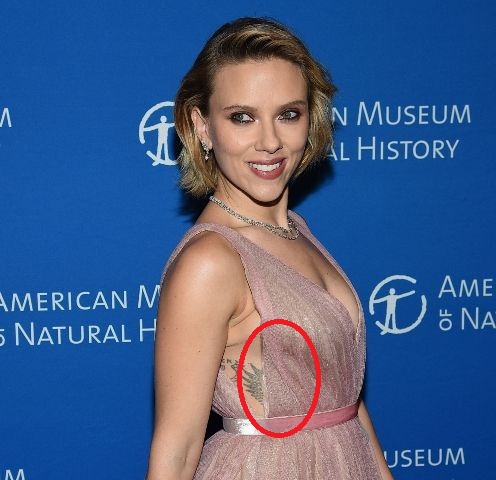 Meaning: Scarlett’s never-seen-before tattoo of a ‘flying owl’ was seen, all thanks to the dress’ perfectly-placed cutout! A tattoo of an owl is a symbol of wisdom, knowledge, and transition. 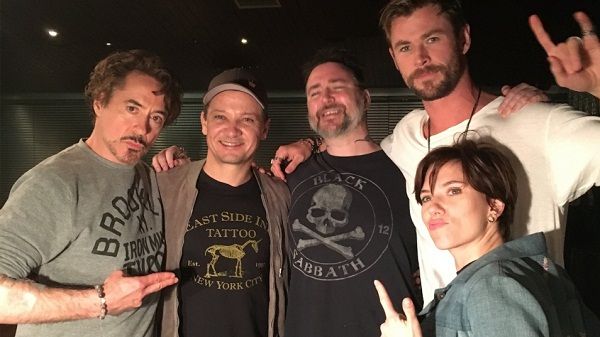 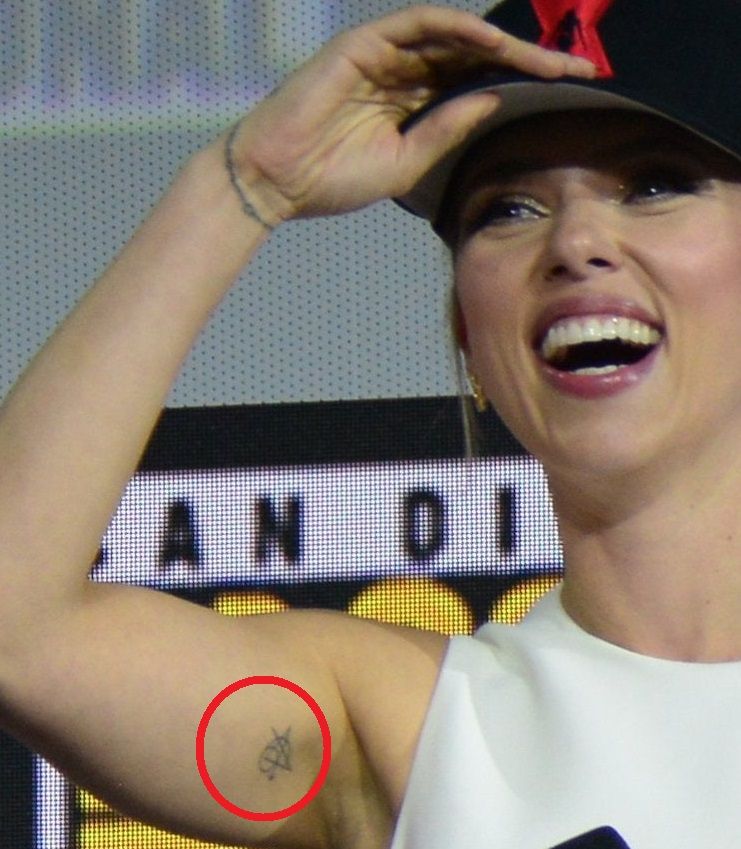 Meaning: All the members of the Avenger’s movie got a matching tattoo of the logo of Avengers on their skins. In an interview, Robert Downey said,

Five of the original six Avengers got a tattoo. And the sixth was the tattoo artist, who gave it to five of us, the one who opted out being Mark Ruffalo. It was Johansson’s idea, and she and Evans did it in New York. Then, their New York guy, Josh Lord, who is amazing, flew out to Los Angeles, he did me, did Renner, and then we just bullied Hemsworth into doing it, and he got it.”

Scarlett played the role of ‘Black Widow’ in Avengers.