Lili Pauline Reinhart is an American actress. She has always been very fond of Acting, Dancing, and Singing. She eventually got prominence for portraying Betty Cooper on Netflix`s drama series Riverdale on February 9, 2016. When it comes to tattoos she has about 4 known inks lets us explore these and the meanings that they hold. 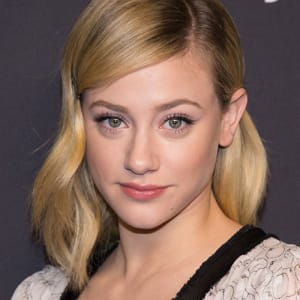 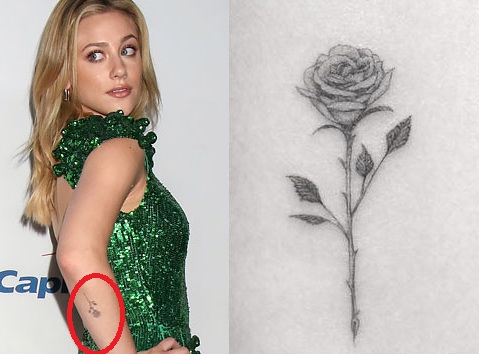 Tattoo: Lili Reinhart has a beautiful grey rose tattoo on her forearm inked by artist Dr. Woo in June 2017. This is the symbolism of her idea which tells that she is a “warrior” of love. 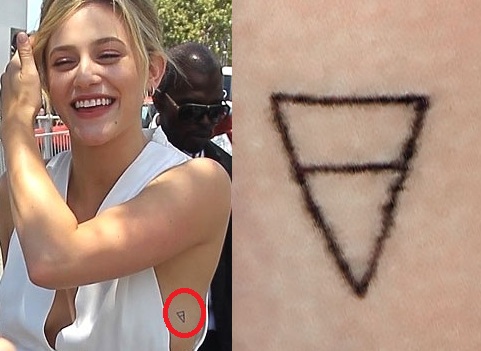 Tattoo: Lili Reinhart has a tattoo on the left side of her rib cage in black ink which is an upside-down triangle with a horizontal line through it.

Meaning: The tattoo is the alchemy symbol for the earth as she is September born and her zodiac sign is a Virgo which is an earth sign 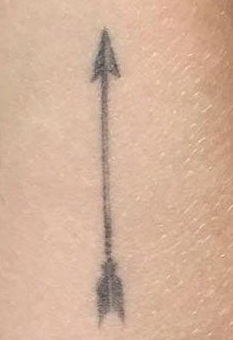 Tattoo: Lili Reinhart has a tattoo of an arrow on her forearm which signifies her struggle with depression and struggle with her mental health problems since she was 12 years old. She said,

The arrow represents mental health awareness. I talk a lot about depression and anxiety and my own struggles with it, so I wanted to get it. I saw a quote, it’s kind of like…’ an arrow can only go forward by being pulled back, so when you’re going through a hard time, being pulled back, it only means you’re about to experience something greater and bigger.’ So that’s what that represents to me. That was a mantra that I would say to myself when I was going through a hard time, that it it only means it’s going to get better.”

In June 2015, Lili got this tattoo inked by the tattoo artist, Dr. Woo. On June 21, 2015, she uploaded the picture of this tattoo on her Instagram handle with the caption,

Thank you, @dr_woo_ssc! I waited for months and finally got my tattoo today (second one to date). Will post a pic when I can take the bandage off 😁” 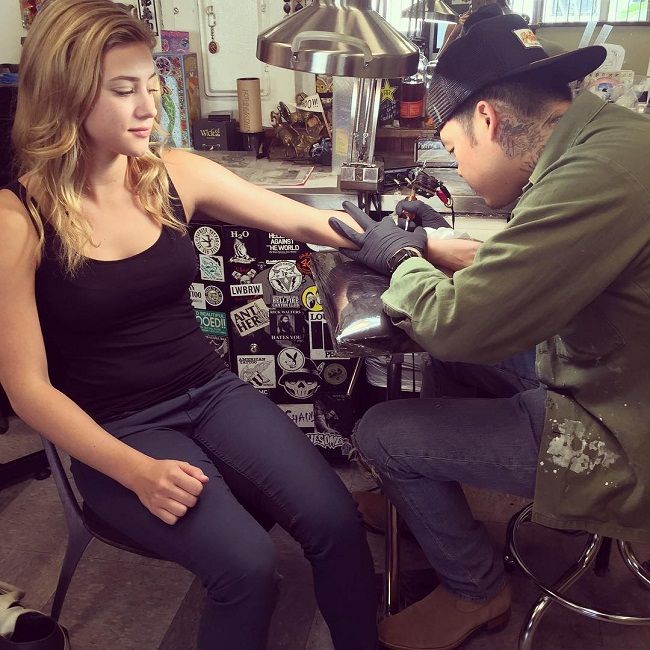 Lili Reinhart getting her ‘arrow’ tattoo inked by the tattoo artist, Dr. Woo, in 2015 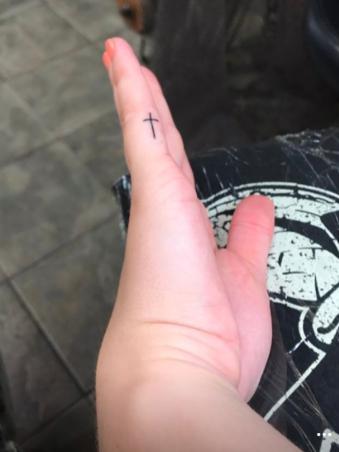 Tattoo: Lili Reinhart has a tiny tattoo of a cross on her little pinky finger, she got it inked from artist Dan McWilliams at Studio City Tattoo. She revealed her tattoo during a video being shared on Twitter and captioned it “Impulsive”. the ink was later retouched by the same artist in May 2017.

Also  Back in 2011, she said that if she ever got a tattoo “I think it’d be about God. Maybe a little cross or a bible verse.” And in 2014 she wrote “getting an arrow and a cross for sure, also the name of my dog when she passes away.” 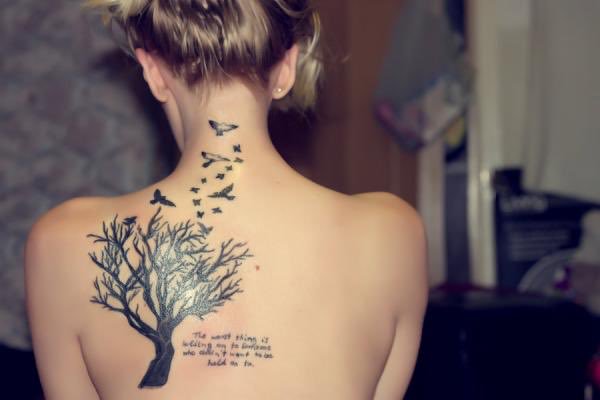 Tattoo: Lilly has a big Tattoo that contains a big tree and flying sparrows along with few lines written under the tree. 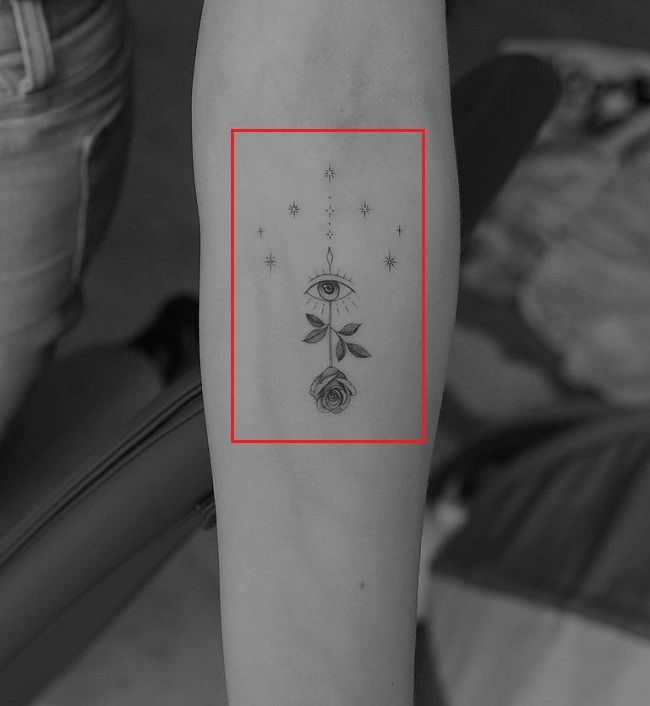 Tattoo:‘Constellation’ tattoo on her left forearm. 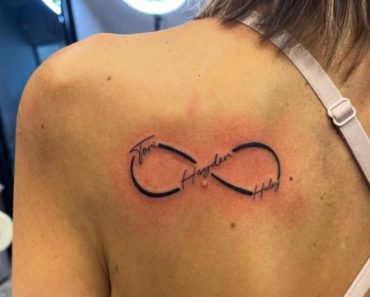 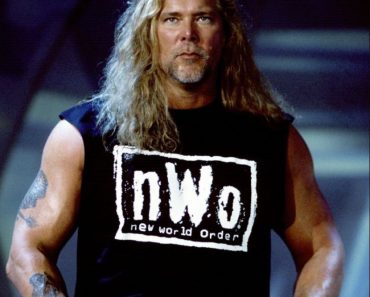 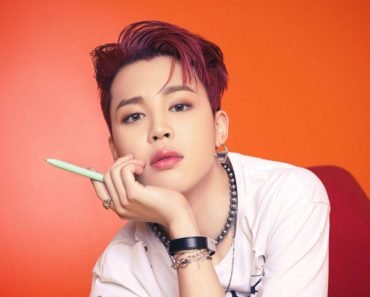 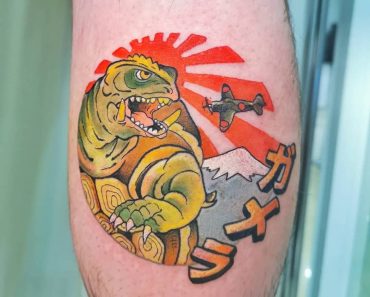 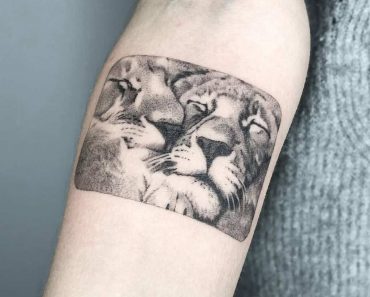