Jordan Terrell Carter, known popularly by his stage name, Playboi Carti is an American singer, songwriter, and rapper. Playboi is currently signed with A$AP Mob’s AWGE Label and Interscope Records. He released his debut mixtape under his own name in 2017 and his debut album, “Die Lit” in 2018. His second album is yet to be released but is called, “Whole Lotta Red.”Carti’s body adorns many different and interesting tattoos. Let us take a look at what those are and the meanings they hold. 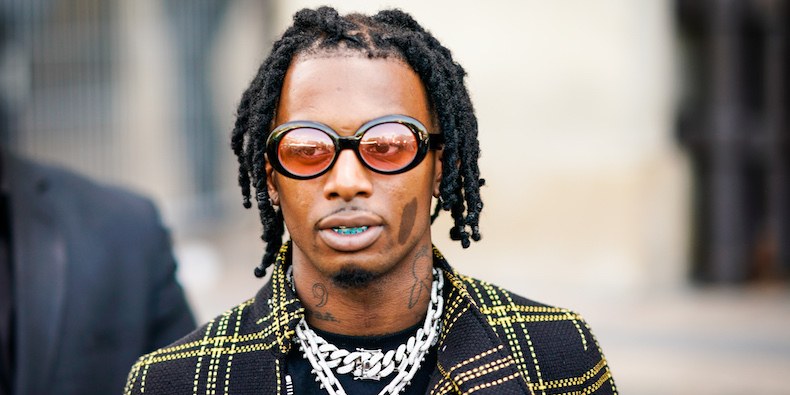 1. A and Butterfly Tattoo 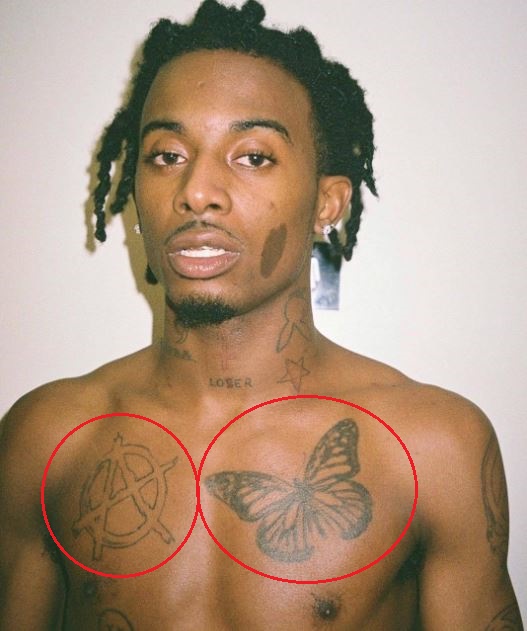 Meaning: The A inside the circle is a symbol of anarchy. This is one of the symbols of the anarchists for their cause, another one is a black flag, which is the reason, Playboi got it on his body. The butterfly is a symbol of change and beauty. 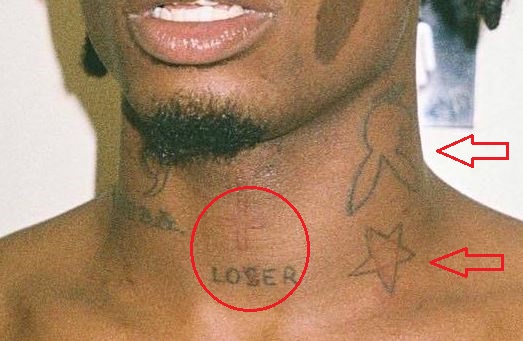 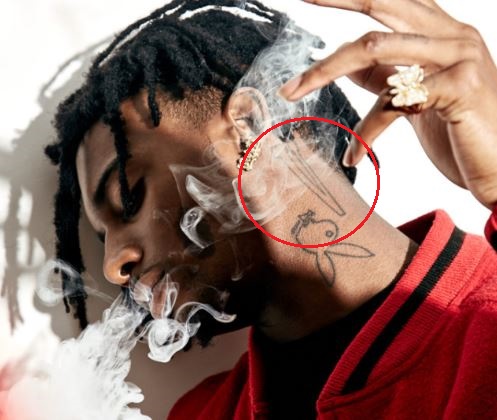 Tattoo: The left side of his neck contains a tattoo of the letter “V” on it. 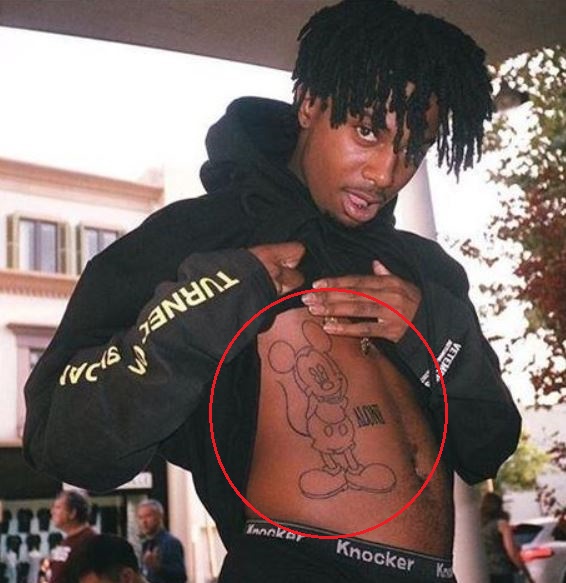 Tattoo: The right side of Carti’s stomach contains a large tattoo of the cartoon, Mickey Mouse, along with the word, “ALONE” tattooed beside Mickey.

Meaning: While growing up, Mickey was his favorite cartoon character so he got it tattooed on his body. “Alone” represents how he likes to be alone and does not trust people very much. 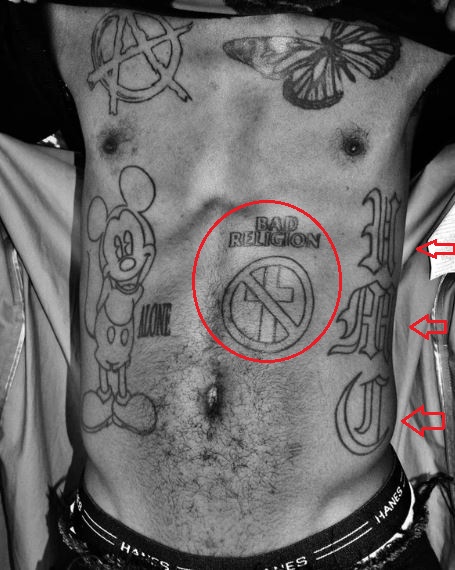 Tattoo: The middle of his stomach, a little to the left contains a tattoo of a Cross which has been crossed out with the words, “Bad Religion” tattooed above it. The left side of his stomach contains the letters, “H M C” tattooed on it vertically.

Meaning: The HMC refers to a song that he released along with Lil Uzi Vert, titled, “Woke Up Like This (HMC ‘I Think They Like Me’)”. 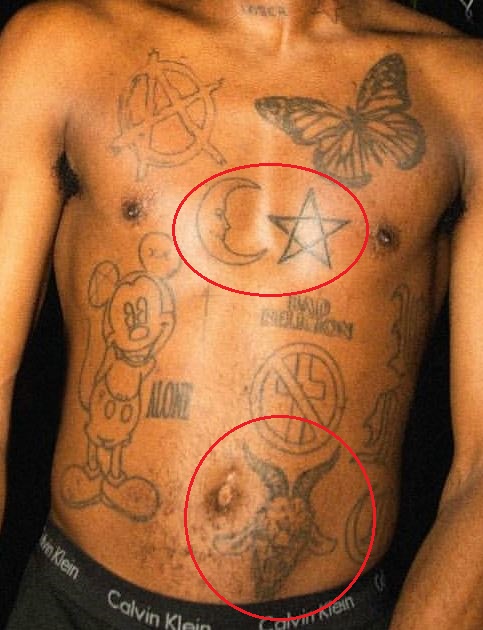 Meaning: The goat is a tattoo of the Sabbatic Goat or the Satanic Goat, also known as Baphomet. The Moon tattoo is there for growth and attainment. The star represents the fight against the darkness as it lights up the night sky.

7. A and Logo Tattoo

Tattoo: The left shoulder of the singer contains another large tattoo of an A inside the head of a skull. Below the skull, just above his elbow contains a design tattoo of a logo.

Meaning: The A inside the skull is another tattoo of the Anarchist group. The logo near his elbow is the logo of HIM which is a Finnish Gothic Rock Band that Playboi is a huge fan of. 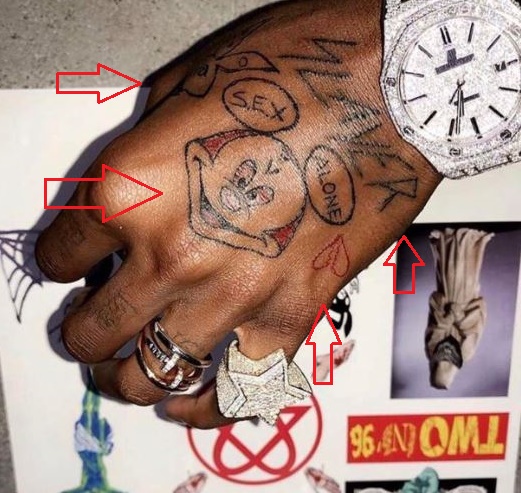 Meaning: Mickey Mouse is his favorite cartoon character and Slayer is a word that he would use to describe himself. The broken heart was tattooed as he failed in his previous relationship and the playboy bunny is also a design which he likes. The Playboy bunny is also the inspiration for his stage name, “Playboi Carti”