Sadie Gibbs is an English professional wrestler and gymnast who currently competes in AEW (All Elite Wrestling). Sadie has many interesting tattoos on his body. Let us take a look at the ones she has and the meanings they hold. 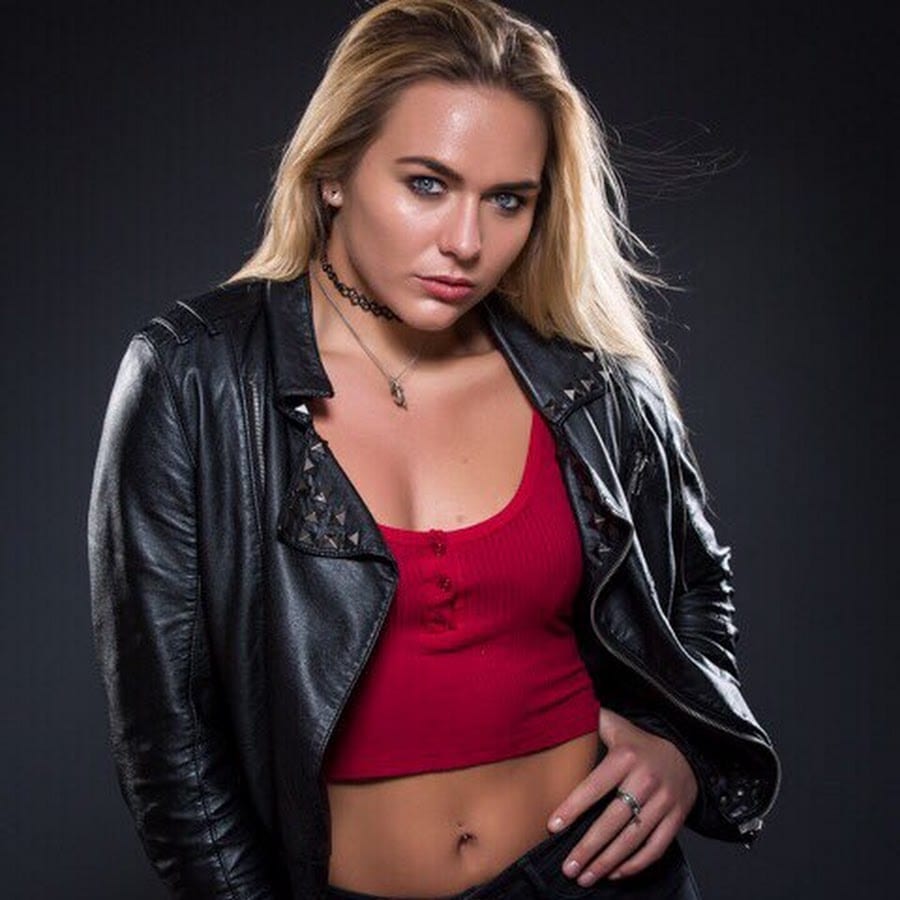 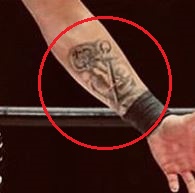 Tattoo: The inner side of her left forearm contains a tattoo of an anchor on it. There is also a key tattooed near the anchor, resting against it. 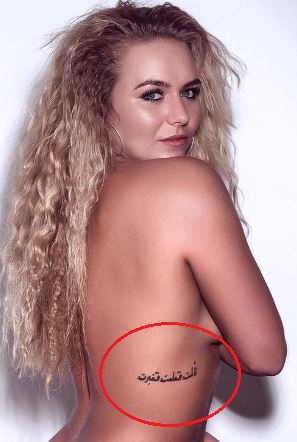 Tattoo: The right side of Sadie’s body contains the Arabic line, “تألمت فتعلمت فتغيرت” tattooed on it.

Meaning: The words in the tattoo translate to, “I suffered, I learned, I changed”. Sadie posted the tattoo on Instagram along with the caption, “It’s so easy to go through change! And forget the hardships throughout the adaptation. I often get a tattoo to remind me!
You have to grow through what you go through! This tattoo is and will always have so much meaning behind it” 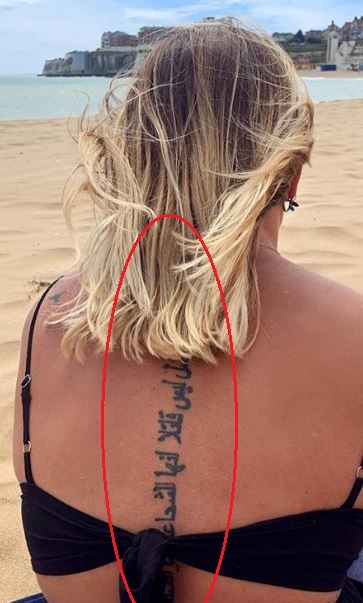 Tattoo: The back of the wrestler, along her spine, contains another line in Arabic tattooed on it. The line reads, “النجاح ليس نهائيا، والفشل ليس قاتلاً لكن الشجاعة على مواصلة الطريق هي الأهم”.

Meaning: The line on her back translates to, “Success is not final, failure is not fatal, but the courage to continue the path is the most important” which is a line said by Winston Churchill and also repeated by Prof. Mohammed Beyari. 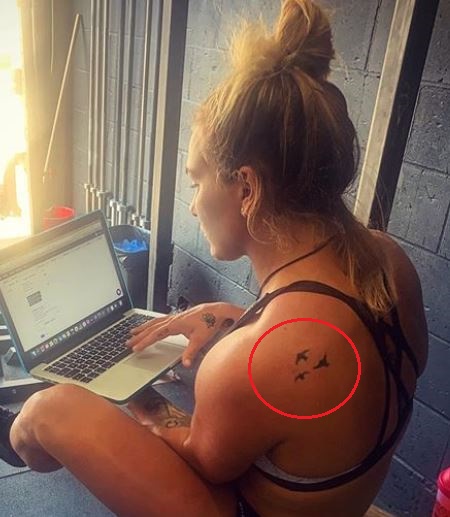 Tattoo: The left side of Sadie’s upper back contains a tattoo of three little birds on it.

Tattoo: There is a tattoo of a cross on the wrestler’s right hand.

Meaning: The tattoo represents the religious views of the athlete. 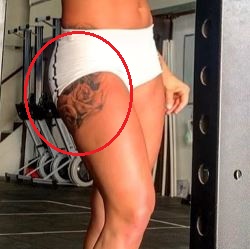 Tattoo: The side of her right hip contains a tattoo of flowers on it. 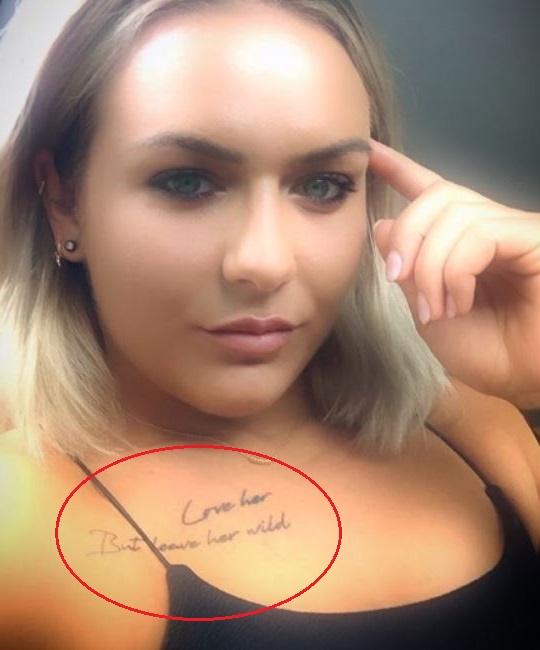 Tattoo: The right side of the wrestler’s chest contains the words, “Love her. But leave her wild” tattooed on it. 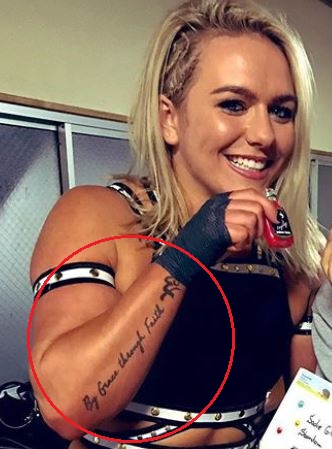 Tattoo: The side of her right forearm contains the quote, “By grace Through faith” tattooed on it. There is also a symbol tattooed right next to the quote near her wrist.

Meaning: The quote is from the bible verse, Ephesians 2:8 that states, “By grace are ye saved through faith; and that not of yourselves: it is the gift of God.” and represents another one of the tattoos that represent the religious views of the wrestler. 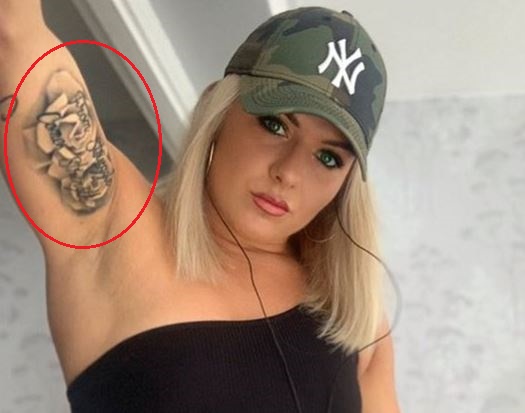 Tattoo: There is a tattoo of Rose flowers on Sadie’s right bicep along with a few words tattooed on the roses. 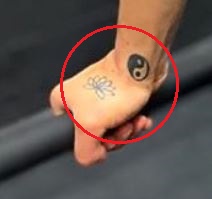 Tattoo: The upper side of her right hand contains a tattoo of a lotus flower on it. There is also a symbol tattooed near her right wrist.

Meaning: The lotus is a symbol of purity and beauty. The symbol on her wrist is the Yin and Yang symbol that comes from Ancient Chinese philosophy. The yin-yang represents the concept of dualism, explaining how opposite or contrary forces may actually be complementary, interconnected, and interdependent to each other, and how they give rise to each other as they interrelate to one another. 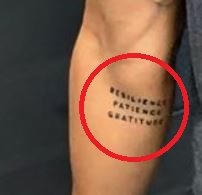 Tattoo: The inner side of her right arm, where her elbow folds, contains the words, “RESILIENCE PATIENCE GRATITUDE” tattooed on it. 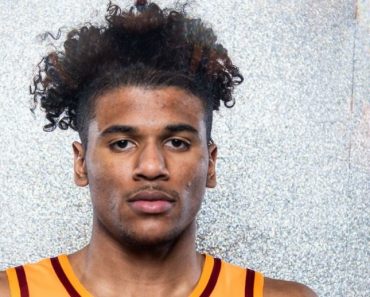 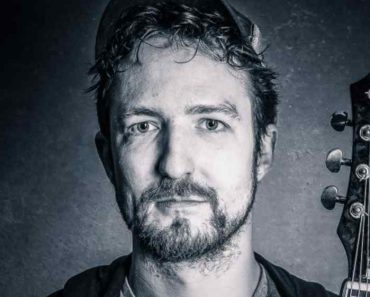