Steven Hiroyuki Aoki better known as Steve Aoki is an American musician, DJ, record producer, and music executive. Steve has collaborated with multiple artists such as will.i.am, Afrojack, LMFAO, Linkin Park, Iggy Azalea, Lil Jon, Backstreet Boys, etc. He has graduated with two B.A. degrees, one in feminist studies and the other in sociology. Steve has also appeared in video games, television, and music videos. Besides this all, Steve is a huge tattoo lover which is evident from his multiple interesting body inks. Let us explore them. 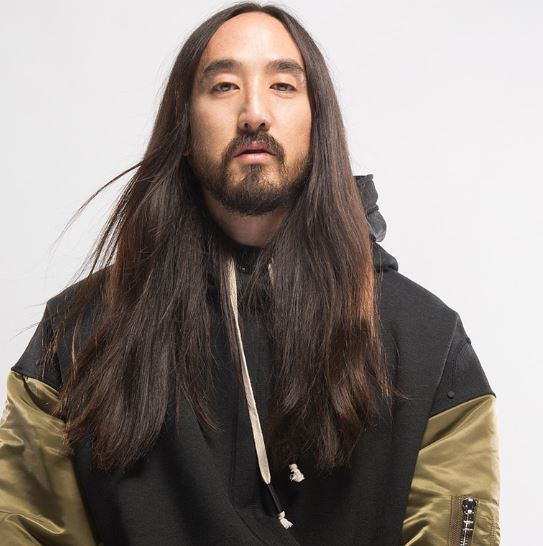 “I do! It’s more like little bits *points to outer left arm* *shows inside of left bicep* – I and Waka Flocka got this together on the tour. This is the band I was in with [inaudible] I have a Dim Mak tattoo back here *points to the back of right arm* our label, we hit 20 years next year. “By any means necessary” is a slogan, that’s how we live our lives. I have a [inaudible] tattoo on my back from back in my straight edge hardcore days. I’ve got all kinds of tattoos.”

My #kolonytour brothers @lifeofdesiigner & @boknero and me inked for life now! Lots of love to all the #micdropremix fans all the @bts.bighitofficial fans all our fans making our song such a worldwide hit! Mic Drop Bam!!!

Tattoo: The backside of this American musician’ left bicep bears a tattoo that reads, ‘KOLONY TOUR’ with a little sketch of a hand dropping the mic right next to it. A small image of a hand doing a “mic drop,” is marked on both Aoki and Designer’s upper left arm. It is meant to honor their hit single with K-pop group BTS titled “Mic Drop (Remix)

Meaning: On March 2018 Steve Aoki and Desiigner both got “Mic Drop” tattooed on their body during their Kolony Tour and decided that they should get matching tattoos. They got it done to honor their hit single with K-pop group BTS titled “Mic Drop (Remix).

“we are doing mic drop every single show and it was going off so we have to get this tattoo” he explained.

Welcome to the #Kolony

Tattoo: The ventral side of the famous DJ, Steve Aoki’s left hand’s finger has a tattoo of black colored emoji.

Meaning: The emoji mask inked on his middle finger is the Kolony Tour logo tattoo.

Shout out to my fans supporting Neon Future!!!! Already out in Asia and hours away in the 🇺🇸. I’ll be checking the #NeonFuture3 🏷 all weekend long!! Want to know what ur fav song is!!

Tattoo: Steve has a tattoo of words, ‘NEON FUTURE’ inked on the upper side of his left arm.

Meaning: Neon Future is the name of the studio album which was released by Steve in September 2018. In an interview,

he explained, “Neon Future is my obsession, fascination with the future..u know I am very excited about becoming a robot, i will be a cyborg. so this is my trajectory of our humanity what we gonna merge with artificial intelligence to the point where we will become immortal. 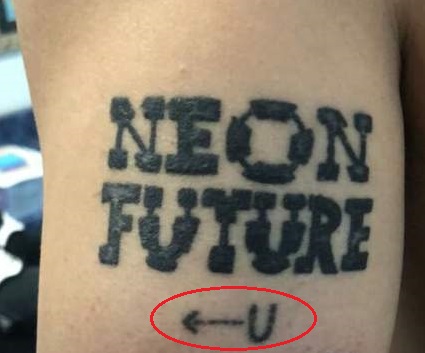 Tattoo: On the upper side of Aoki’s left bicep contains ink that reads ‘<– U’ inked on it 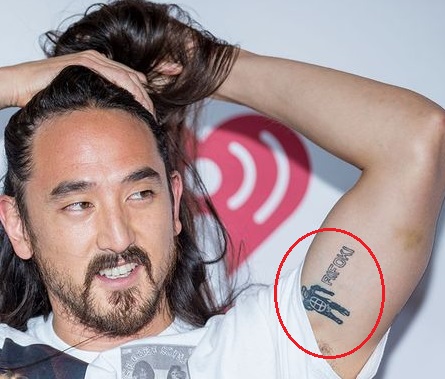 Tattoo: The inner side of Steve Aoki’s left arm’s bicep contains a tattoo of a fictional character along with words, ‘FAFOKI’ inked on it.

6. Family Crest Tattoo On His Shoulder 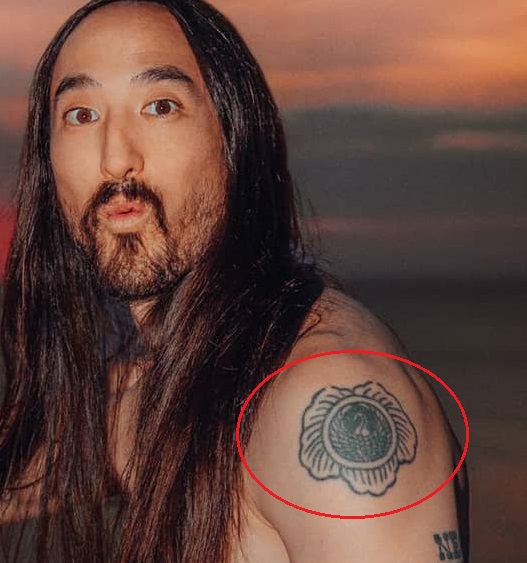 Tattoo: Steve Aoki’s left shoulder contains a tattoo of the crest of his and his family inked on it.

Meaning: In an interview he explained :

“okay..this right here is a crest my family crest actually on both sides, the Aoki side the outer side kind of a leafy thing and inner side is my mother Chizuru Kobayashi, having this tattoo is like branding my family on my body” 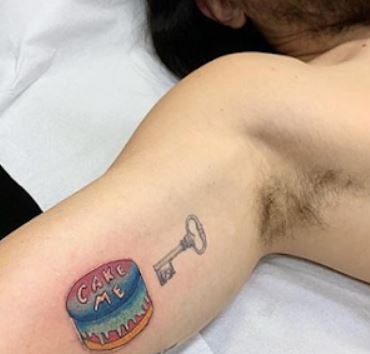 It's about time I got a cake tattoo! I mean I'm probably the most famous cake waiter/cake dealer in town! And if u got a good cake face from me u might need to get one too! Love yalll. Let them eat cake!!! 🖋@adaorosatattoo

It's about time I got a cake tattoo! I mean I'm probably the most famous cake waiter/cake dealer in town! And if u got a good cake face from me u might need to get one too! Love yalll. Let them eat cake!!! 🖋@adaorosatattoo

Tattoo: On April 8,2019 Steve Aoki got a tattoo of a cake on the inner side of his right arm bicep which reads, ‘CAKE ME’ inked on it.

Meaning: Cake ME tattoo has been inspired by Steve’s Cake Face song. 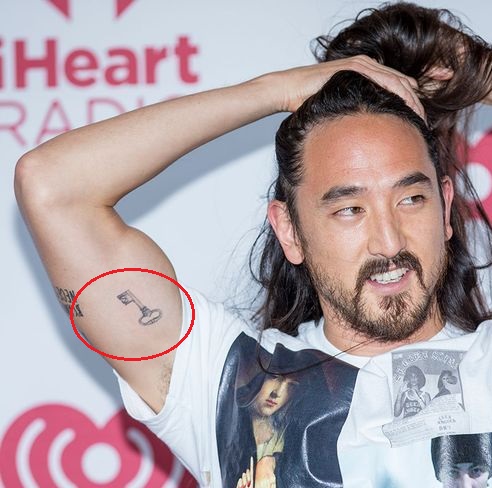 Tattoo: The inner side of Steve Aoki’s right arm’s bicep contains a tattoo of a key inked on it.

Meaning: The Key gripping on inside of his arm relates to his ex-wife. 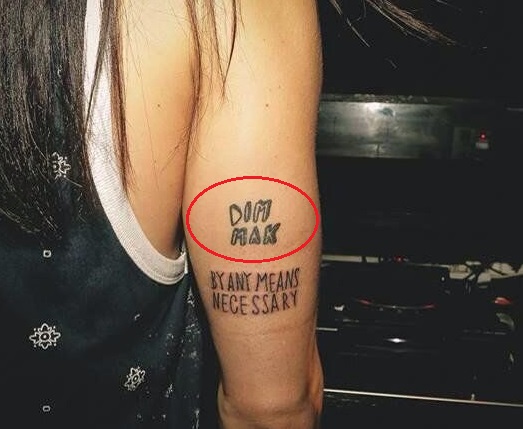 Tattoo: Steve Aoki has a tattoo of words, ‘DIM MAK’ inked on the backside of the right upper arm.

Meaning: DIM MAK is my recurring label been around 1996 over twenty years.

Tattoo: Steve Aoki has a tattoo of writing tattoo on the backside of his right upper arm reading as,”BY ANY MEANS NECESSARY” inked on it.

“By Any Means Necessary is the slogan i live by and its the DIM MAK slogan and its just like u know.. we are gonna get to the finish line no matter what..we are gonna make it happen” he explained.

11. Granola Biscuit Tattoo On His Back 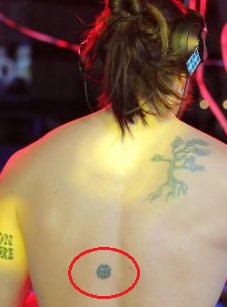 Tattoo: The center of Steve Aoki’s back has a tattoo of a symbol which is actually a granola biscuit as he explained in an interview.

12. Blue Tree Tattoo On His Back 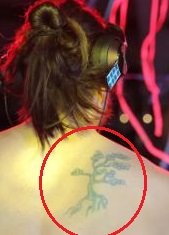 Tattoo: Steve Aoki features a big tattoo of a tree on the back of his right shoulder.

“This is a very old tattoo this is my last name Aoki in Japanese this means good as a tree as the first part” he explained. 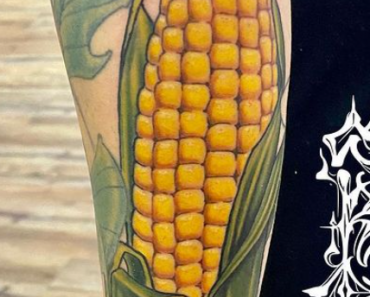 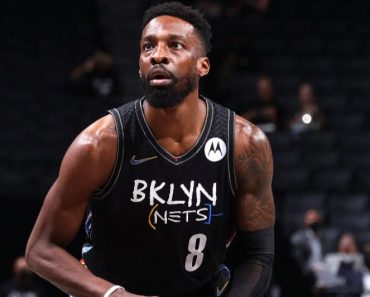 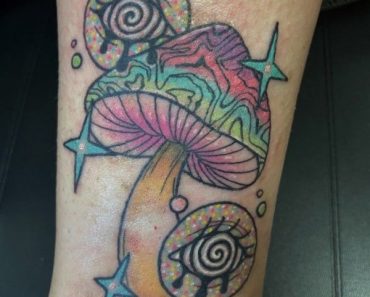