Daniel Alves da Silva, famous as Dani Alves is a Brazilian football player who plays as a right back for French club Paris Saint Germain and for the Brazilian National Team. Before he entered Barcelona back in 2008, Alves spent spell of success rejoicing years with Sevilla where he won two UEFA Cups and the Copa del Rey with the Andalusian side. At a certain time, he became the third-most expensive defender of Barcelona. In his initial season with the club, he brought laurels winning the treble and later in the next season he won the Spanish Super Cup, European Super Cup, and FIFA Club World Cup. Also, he assisted the club to sew up another two Spanish Super Cups, five league titles and two UEFA Champions League in the years that followed. He joined Juventus late in 2016. Also, Dani Alves is the second most decorated footballer of all times in European competitions adorned with nine European medals, leaving him one behind Paolo Maldini on the all-time list. He has been a tattoo freak too. Let us have a look at his various body inks. 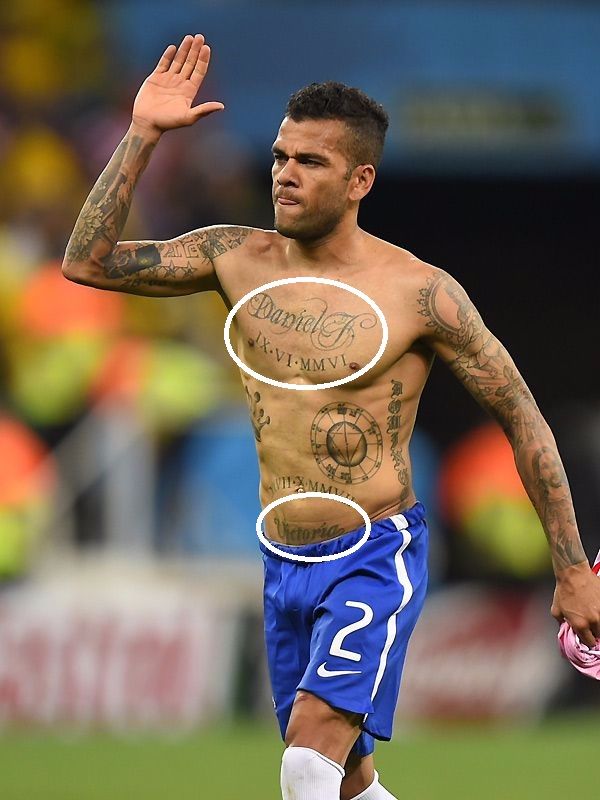 On Dani’s chest, we can see the name of his kids inked- Daniel Jr and on his pelvis, Victoria along with their birthdays in roman numerals. 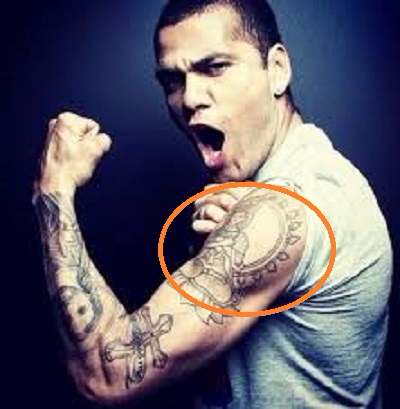 On Alve’s left arm, on the bicep area, we can see a religion tattoo inked. Probably, a God fearing man. 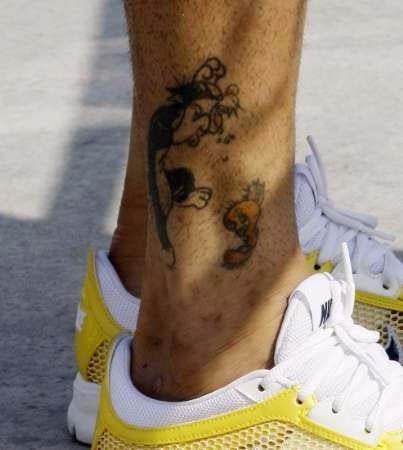 He has got inked Silvestre tattoo on his one of the ankles of feet. These are a kind of childhood tattoos, probably reminds him of his lovely childhood days. 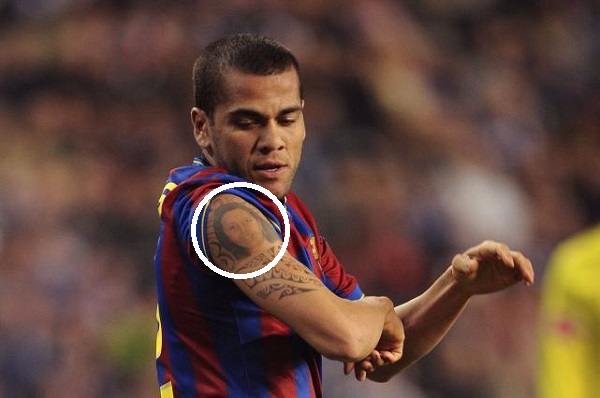 Alves has got inked his mother’s figure on his shoulder. Indeed, a family person. 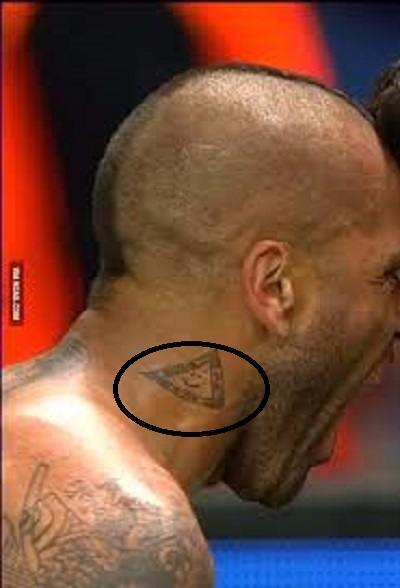 On this side of his neck, he has got inked, “smile-l0ve-live” tattoo. Thereby, announcing that he has a very passionate approach towards life. Also, he seems very lively so as to live his life to the fullest. 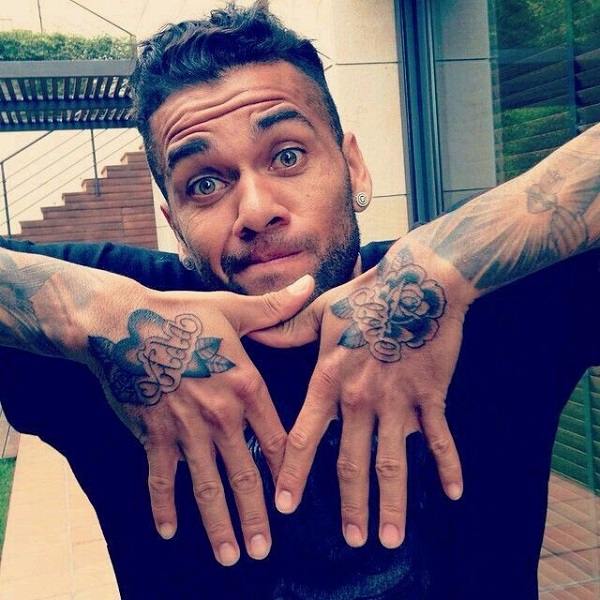 On his left hand, Dani Alves has inked “Love” and on right hand, he has “Vida”. Vida means life. Such are priorities of his life. 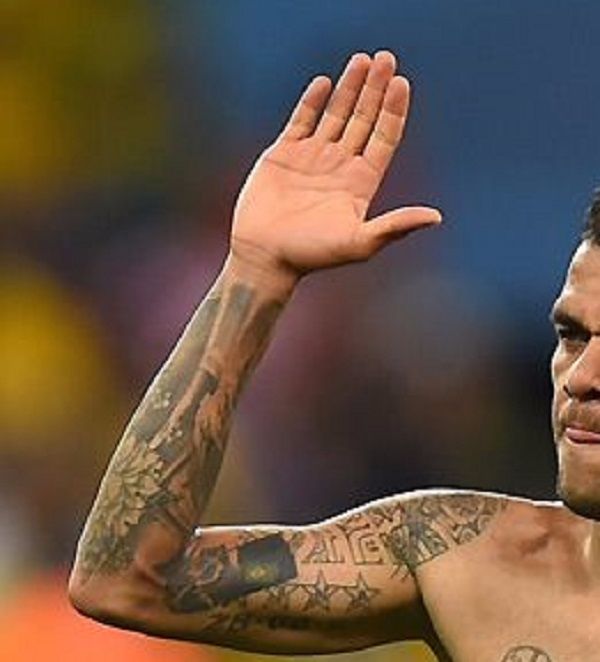 On his other wrist, Dani Alves has got a koi fish tattoo. Koi fish has it’s origin from chinese mythology.It means swimming backward to achieve your dreams. It has a literal meaning, which means Carp. Such designs are used as a cultural symbol for overcoming obstacles. We have heard that koi fish are told of how they climb waterfalls that have strong currents. 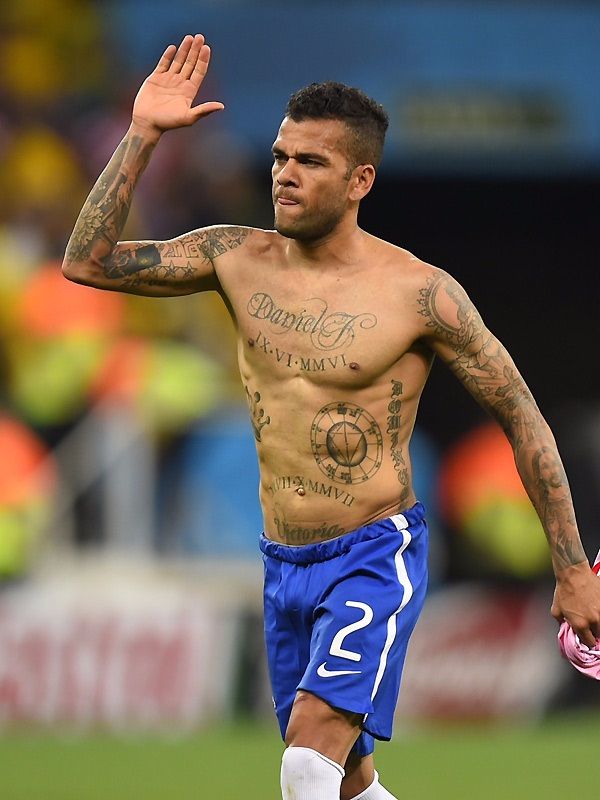 On the left side, below Alves’ chest vertically below is inked “Domingos”. It is his father’s name. 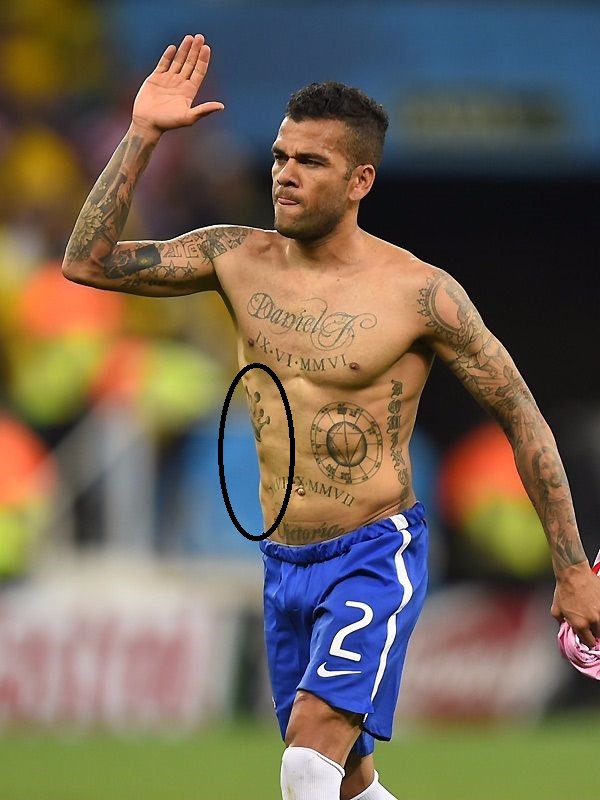 He has four aces, a crown, and an arrow. We all know that ace is the highest playing card in the entire deck. It is also called the Death Card. Crown, in general, is a symbolic image that can have many different meanings to many different people. The most receptive meaning of the symbol is no doubt but royalty. Usually worn by a sophisticated family, it is pretty clear that it represents power, wealth, prosperity, and supremacy. A standard benchmark arrow design depicts defense and protection from harm. A tattoo design with an arrow pointing in opposite directions represents war or conflict.

Also, he has few dates inked on his arms and unfortunately we could not apprehend their meanings. 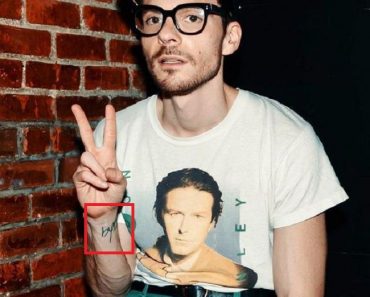 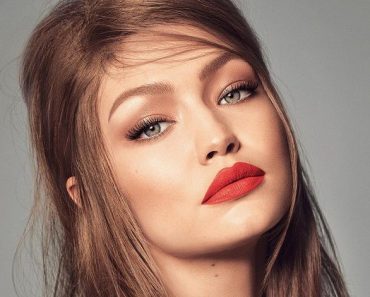