Mitchell Guy Johnson is a famous Australian cricketer. He is a left-arm fast bowler, in fact, fastest-bowler of the world and left-handed batsman. His test debut for Australia was made in November 2007  where Mitchell Johnson successfully generated a benchmark in his maiden test against Sri Lanka claiming a total of 4 wickets in the match. Back in 2009, he was awarded the International Cricket Council’s “Cricketer of the Year” award. Indeed, making his nation proud! This talented guy is a tattoo freak too. We know 2 of his body inks. Let us find out their stationing and what they mean. 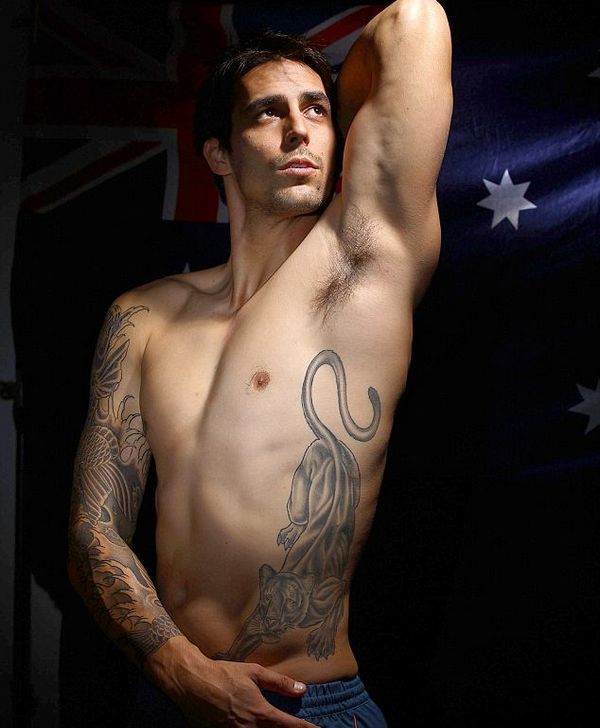 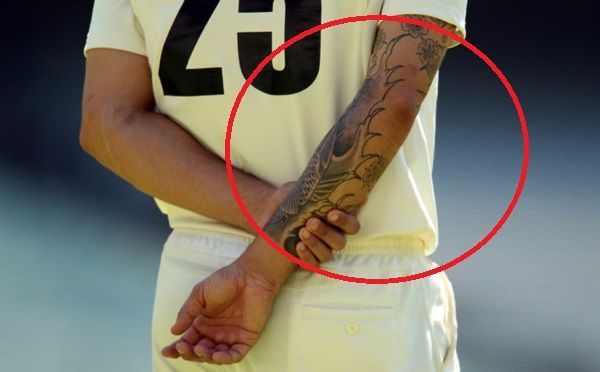 On his arm, we can find a Japanese koi along with few cherry blossoms. Koi is literally a Japanese word for Carp. Japanese people have, since ancient times, used Koi fish as a cultural symbol for tackling adverse situations. Stories are told of how they climb waterfalls that have tremendous currents. When asked him, he elaborates, “Tattoos signify a few things. There’s a Japanese koi, some cherry blossoms that have a meaning of luck.” 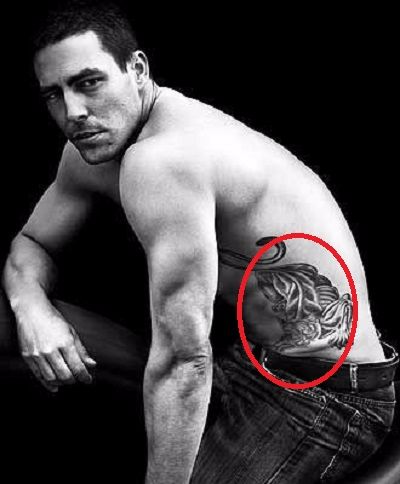 His sexy carcass bears a cat, actually an unfriendly mouthed cat facing south. Such tattoos seem good for those who want to illustrate an incomprehensible and stark meaning. For example, Cat Paw Tattoos represent abundance, good luck, and headway. While black cat tattoo is symbol of unknownness, womanish and introvert power because of the animal’s close association with the skepticism and paganism. 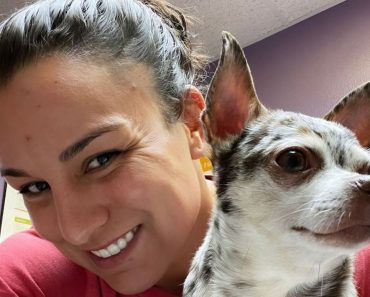