The “Ally Mc Beal” star, Portia de Rossi, wife of Ellen DeGeneres, is an Australian-American model and actress. Her real name is Amanda Lee Rogers, which she changed at the age of 15. In 2005, she explained that she wanted to reinvent herself with the help of new name Portia; a character from William Shakespeare’s- The Merchant of Venice. She has also published her autobiography in 2010, titled, Unbearable Lightness: A Story of Loss and Gain, in which she has revealed about the pain and illness that haunted her for decades and her marriage to Ellen. The beauty also got inks related to her love life on her skin. Let’s dig into her love life through her tats. 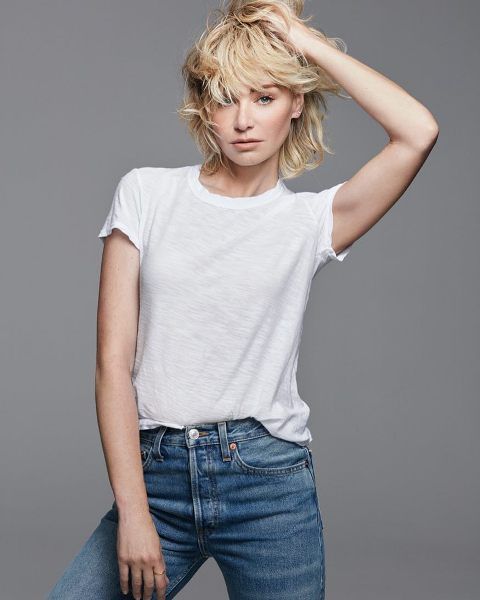 1. “Initials” of her Ex on her Ring Finger (Removed) 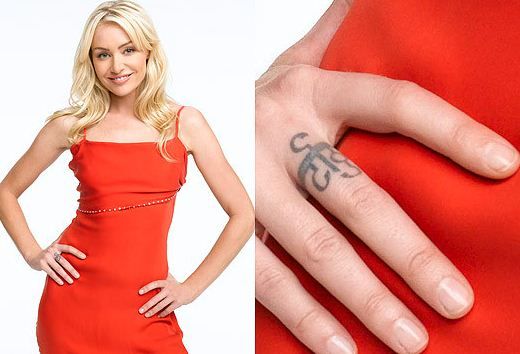 Meaning: Portia had the initials of her ex-partner, Francesa Gregorini, inked on her ring finger. They dated for three years until they parted their ways in 2004. However, she got it removed a year after her breakup when Portia started dating TV Star, Ellen DeGeneres. In an interview with Details Magazines, she said,

I’m not saying it’s anything I regret doing, because I don’t, but it just doesn’t make any sense now”

2. “Hanoverian Logo” on her Right Wrist 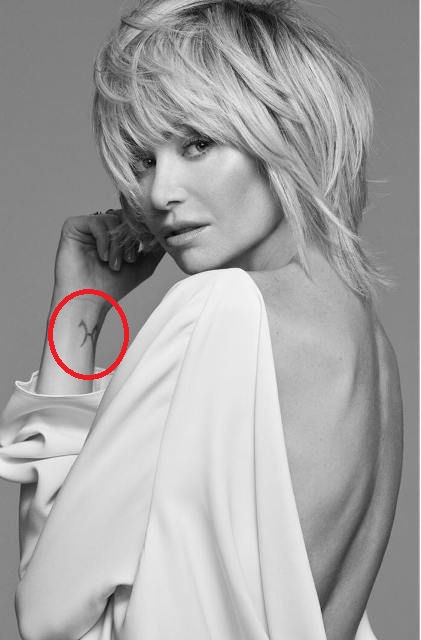 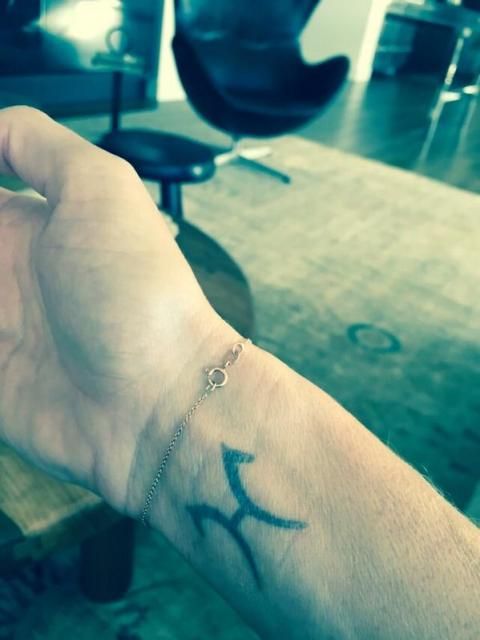 Meaning: Portia got the logo of Hanoverian inked on her right wrist. A Hanoverian is a warmblood breed of a horse, originated in Germany. Portia owns many horses and loves riding them. She said that it is her way to overcome the problems and fears of life. She got this tattoo in October 2016. She twitted,

Yes. The tattoo is her breed logo. Riding helped me overcome my E.D and the tattoo reminds me of that,” where, E.D. stands for eating disorders. 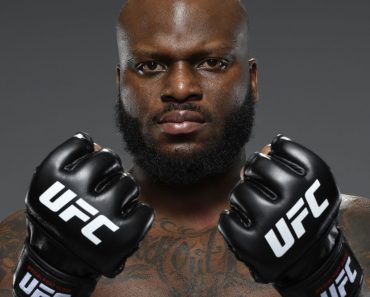