Stephen Jesse Jackson is an American former professional basketball player. He is also a civil rights activist. Stephen was drafted in 2000 to the NBA by the New Jersey Nets and went on to compete in the league for 14 years. He has also played for Golden State Warriors, Indiana Pacers, Milwaukee Bucks, Los Angeles Clippers, and San Antonio Spurs with whom he won the Championship in 2003. Stephen is also a rapper and goes by the stage name, “Stak5”. 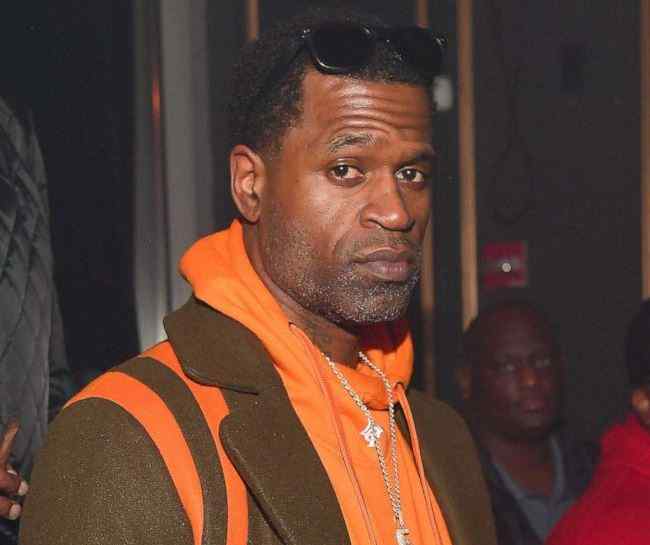 Stephen has many incredible tattoo designs covering his body. Let us take a look at them and the meanings they hold. 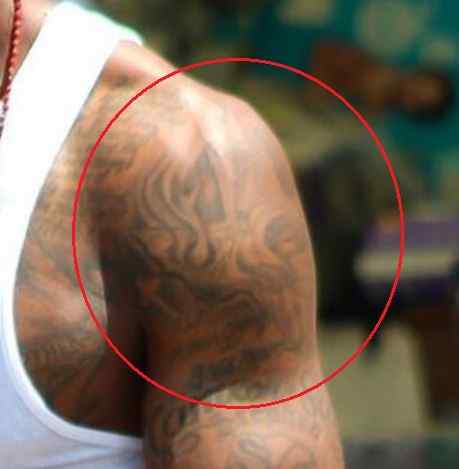 Tattoo: The player’s left shoulder has a flaming pattern on it that covers an irregular shape. There is also a woman tattooed with the design. 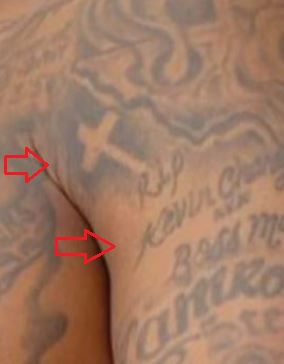 Tattoo: There is a tiny cross tattooed on Stephen’s left arm along with the words, “RIP Kevin Chang Boss Man”

Meaning: The tattoo of the cross with the words is a tribute tattoo. 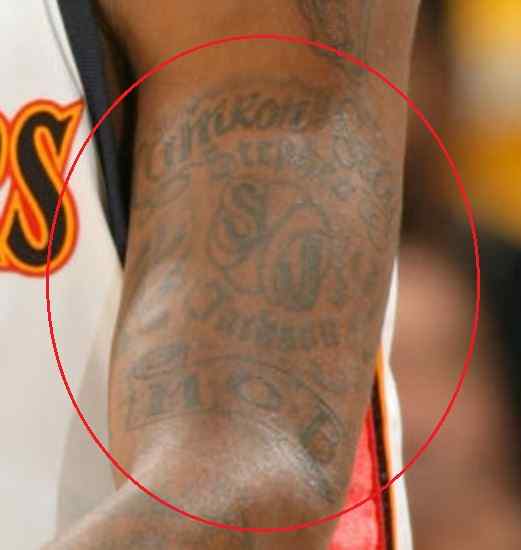 Tattoo: There is a basketball tattooed on his left arm with his initials on it. The tattoo design also has the names, “Cameron and Stephen” tattooed with it and a banner below the design reads, “M.O.B”

Meaning: The tattoo of the ball on his arm represents his love for the game. Cameron is the name of Stephen’s son. 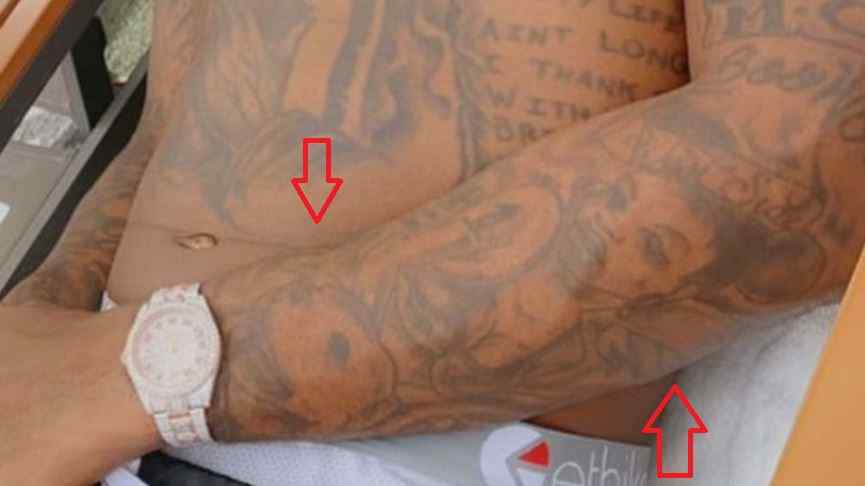 Tattoo: The side of his left forearm has a large tattoo of a woman on it. There is also a portrait of a dog tattooed near his left wrist and a banner with the words, “West Side” on it above the tattoo of the woman. 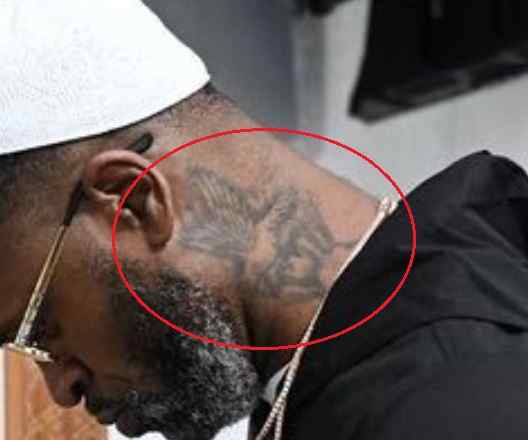 Tattoo: There is a bird tattooed on the left side of Stephen’s neck.

Meaning: The tattoo of a bird represents freedom, peace, and happiness. 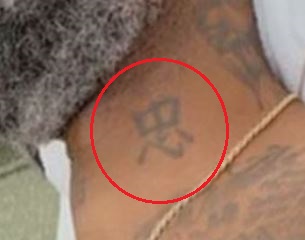 Tattoo: There is a Chinese character tattooed on his neck as well. 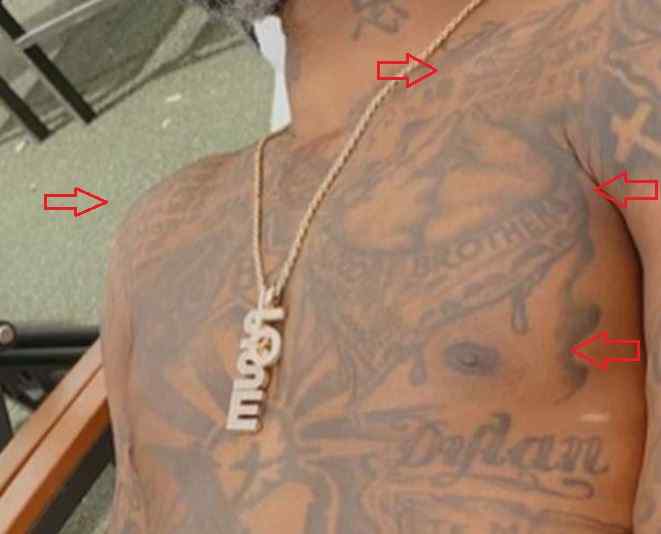 Tattoo: The left side of the player’s chest has a tattoo of two hands, bumping their fists wrapped in a bandana that reads, “BROTHERS“. There is a tiny drop dripping down from the bandana as well. There are also two paragraphs tattooed on each of his shoulders. 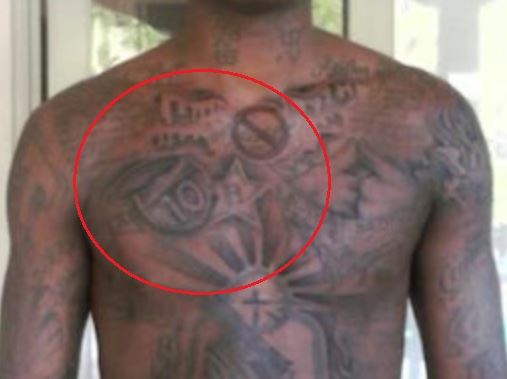 Tattoo: There is a basketball tattooed in the middle of his chest. The right part of his chest has a star tattooed on it with the letter R and a sign for Interstate 10 on it.

Meaning: The tattoo of the basketball represents his love for the sport he plays. The sign of the I-10 on his chest is a tribute tattoo to his hometown of Houston, Texas. 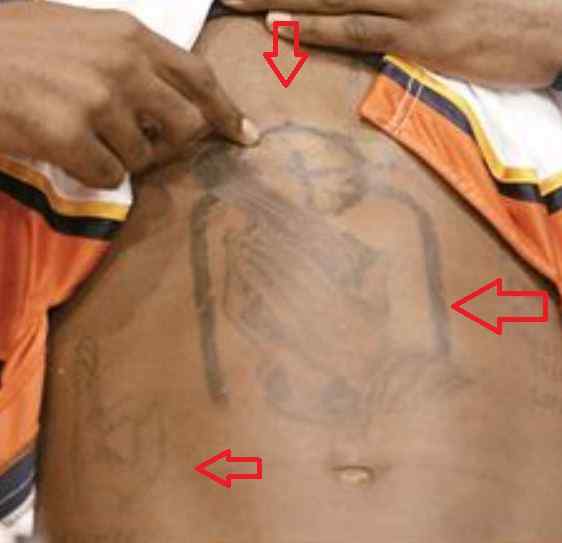 Tattoo: There is a tattoo of two hands joined in prayer, in front of a chapel tattooed in the middle of the player’s stomach. What is peculiar about this tattoo is that instead of a necklace, the hands are holding a gun and the cross on the chapel is inside a target sign. There is another hand tattooed on the right side of his stomach as well.

Meaning: Jackson got this tattoo after he was suspended for seven games of the 2007-2008 season for firing a gun outside a nightclub. 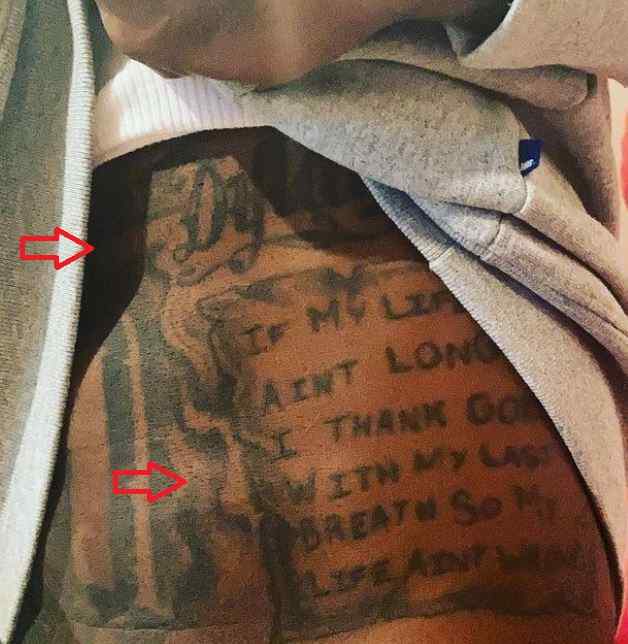 Tattoo: The left side of Stephen’s stomach has a large note tattooed on it surrounded by a square border. The name, “Dylan” is tattooed above the note. The note reads, “IF MY LIFE AIN’T LONG, I THANK GOD WITH MY LAST BREATH SO MY LIFE AIN’T WRONG“.

Meaning: The tattoo of the note on his stomach is a tribute tattoo for his friend, Rapper DMX Dylan. The words on the note come from the lyrics of one of the rapper’s songs. Jackson revealed the tattoo on his Instagram, writing, “If my life ain’t long, I thank God with my last breath so my life ain’t wrong “DMX” He inspired me to get this tat 17 yrs ago. Words that stuck with me. Rest Easy Big Dog. Gone but never forgotten. Prayers and condolences to DMX and his family.” 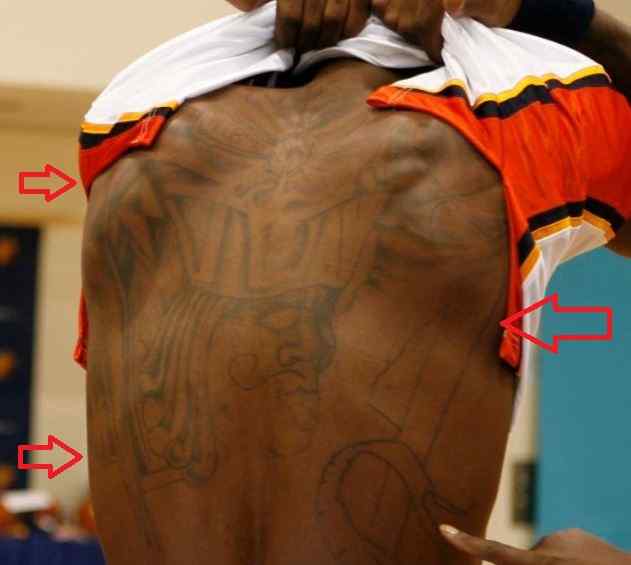 Tattoo: The back of the player has a large tattoo of the face of a king on it with long hair and a mustache, wearing a crown. There are also other designs on his back as well but all the pieces on his back are unfinished. 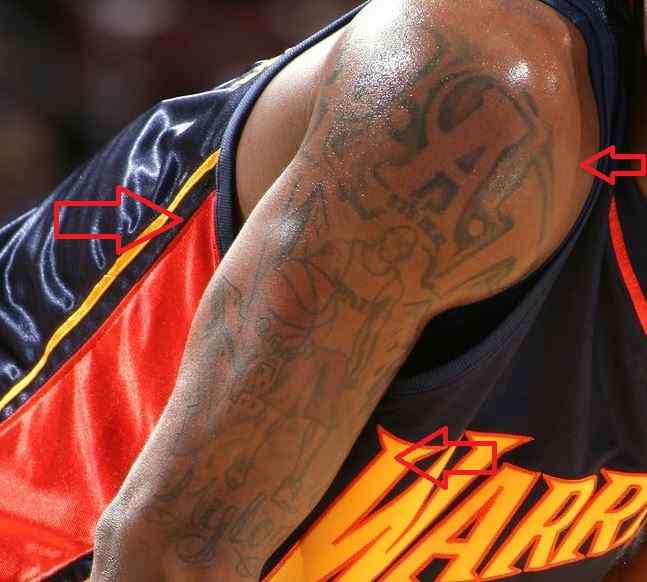 Tattoo: Stephen’s right shoulder has a tattoo of the word, “P.A.T” on it. There is also a basketball player, standing in front of buildings, holding a basketball and wearing a “PAT” jersey tattooed on his right arm. The words, “My Love” are tattooed below the whole design. 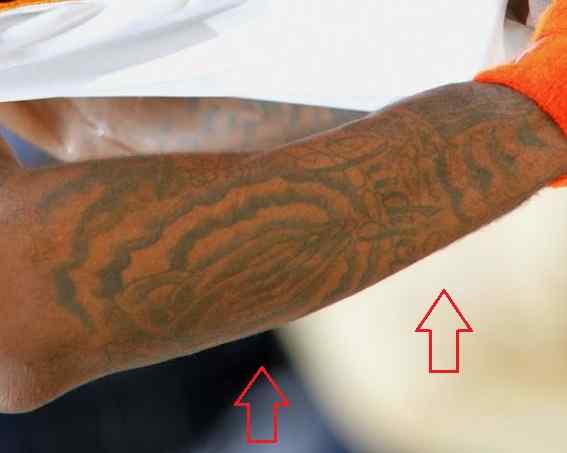 Tattoo: The side of his right forearm has another tattoo of two hands joined in prayer on it. The hands are surrounded by a pattern of clouds and have a name tattooed above them.

Meaning: The tattoo of praying hands represents the power of prayer and one’s faith in their religion. 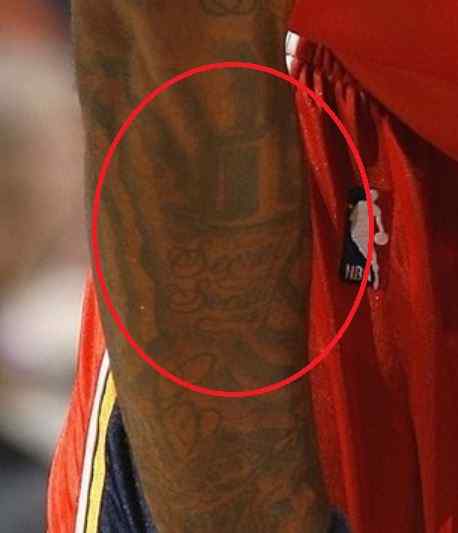 Tattoo: The inside of his right forearm has a tattoo of a big hat on it with the words, “Secret Society“.

Meaning: The tattoo represents the music label, Secret Society Entertainment, with whom Stephen released his first album, “What’s a Lockout” in 2011 under his name, Stak5. 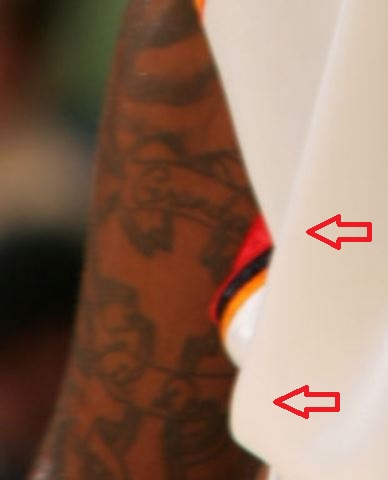 Tattoo: The inside of Stephen’s right forearm has a large cross tattooed on it with a banner wrapped around it that reads, “Grandpa”

Meaning: The tattoo of the cross is a tribute tattoo to his grandfather. 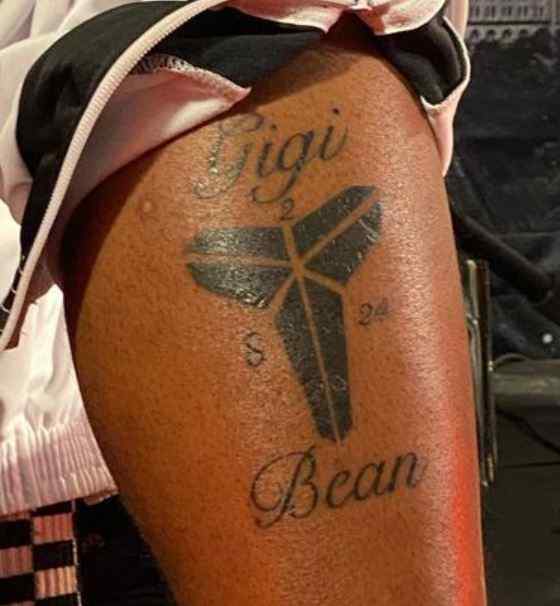 Tattoo: The right side of his right lower leg has a tattoo of a design on it with the names, “Gigi” and “Bean” tattooed with it. The numbers, 2, 8, and 24 are also tattooed with the design.

Stephen revealed his new ink on Instagram with the caption, “Don’t even know what to say. Long Live Mamba and Mambacita. Losing y’all and Georgie back to back has changed my life. Forever mourn u till I join u. I ask Allah to continue to give strength and Love to The Bryant Family. #alhumdullilah” 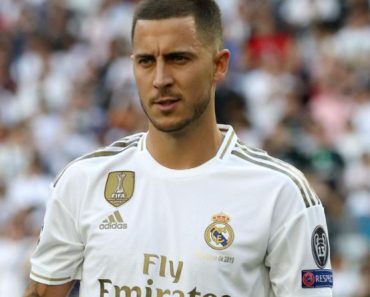 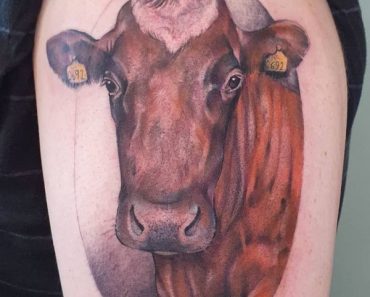