Layla Shapiro, popularly known as TOOPOOR is an American fashionista, singer, and a brand designer. She is known for her simple pieces with intricate designs and has been featured in Galore, Complex, Bullet Magazine, and The Cobra Shop. Layla has also released her songs, “Crazy Girls” and “Lamented” this very year. Layla has many interesting tattoos on her body. Let us take a look at what they are and the meanings they hold. 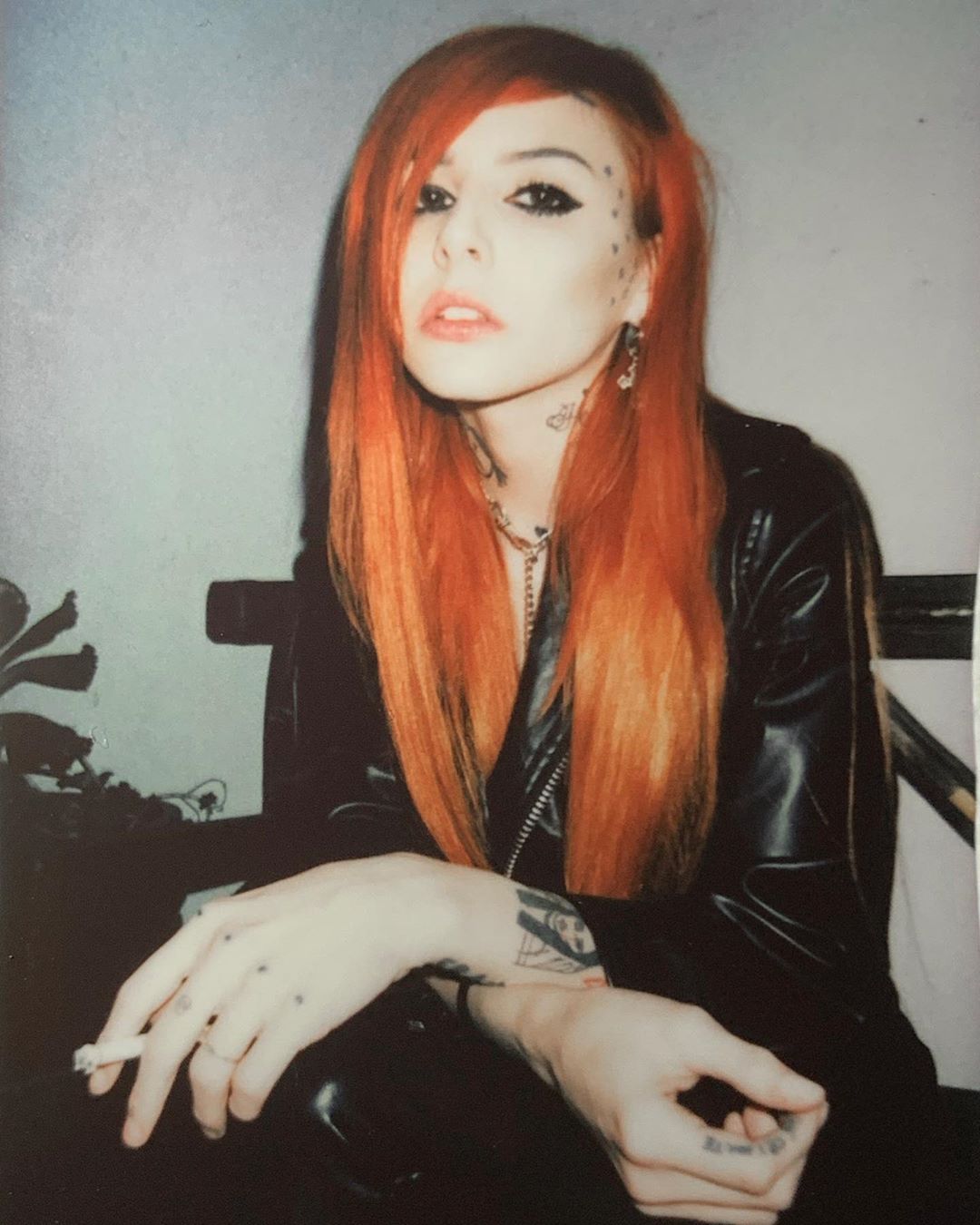 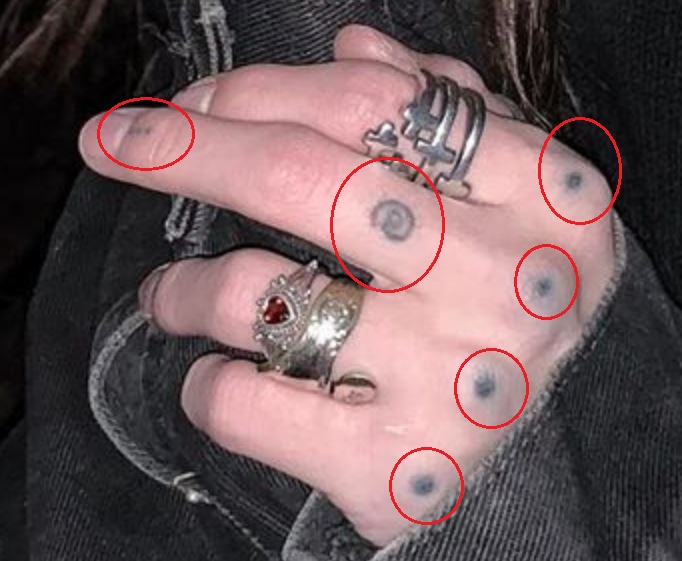 Meaning: TooPoor’s whole body is covered in many tattoos. Some of them are shapes and designs. But some are just things that she liked and wanted to get them inked on her body. 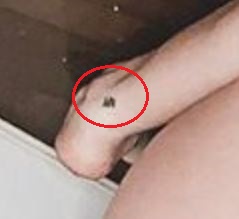 Tattoo: The outer side of her left foot contains a small tattoo of the dollar sign, “$”

Meaning: TooPoor got the dollar sign inked because she was broke and wanted to get rich soon. 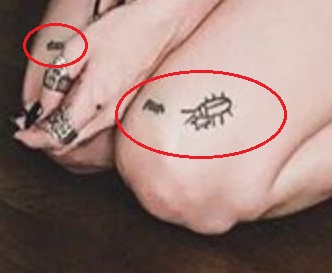 Meaning: The words together spell out her name, TOOPOOR.

Tattoo: Layla’s left shoulder contains a tattoo of a spiderweb with a little heart in the middle. There is also a single string of web hanging down from the spiderweb with a spider hanging from it.  Just above her left elbow is the word, “SPOOKY” tattooed.

Tattoo: The left forearm of the singer contains a tattoo of a skull with crossbones. There is the quote, “I’VE SEEN LOVE DIE” tattooed in red ink just beside the skull. Just above the skull are the letters, LV tattooed. The outer side of the forearm contains the word, “FRAGILE” tattooed on it.

Meaning: The skull is just another of the tattoos she liked. The quote is one of two on her body relating to love in life which she got due to her breakup. The letters LV make the Logo of the brand, Louis Vuitton which is one of her favorites and she got the word Fragile tattooed to signify how her heart is. 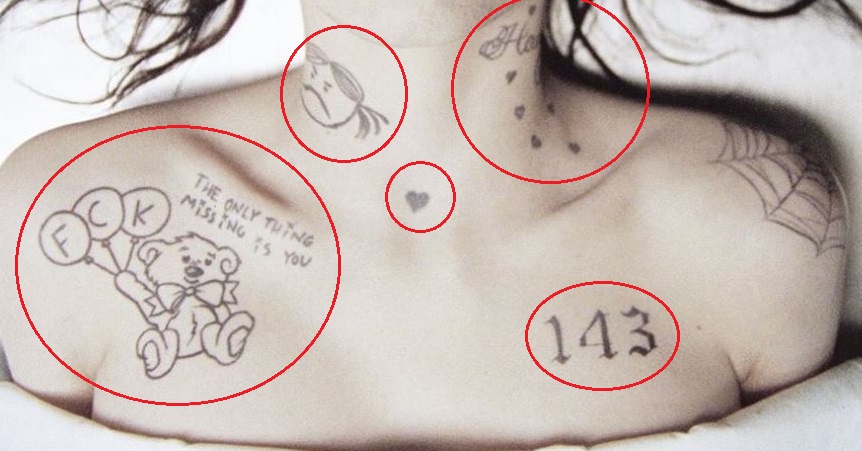 Meaning: The numbers 143 are the equivalent of the words, I love you as all the words contain the same number of letters as in the number 143. The teddy tattoo is another one of the tattoos which she got after her breakup. The angry girl tattoo represents her personality as she says she is unhappy. 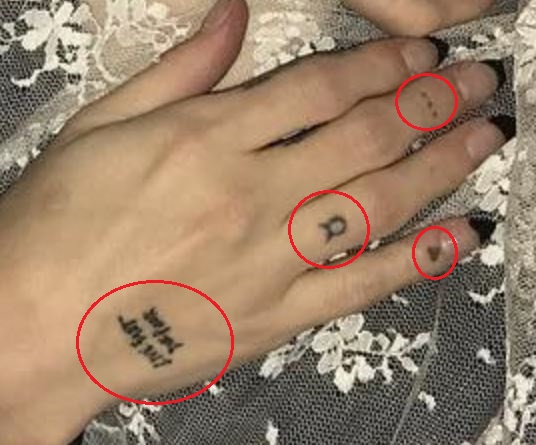 Meaning: The three dots match with the three dots she has on her left hand’s middle finger but these are done horizontally. She has many little hearts tattooed on her body. The quote is the words that she lives by. 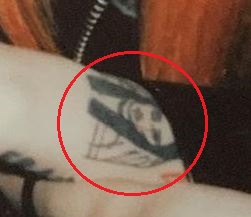 Tattoo: Layla’s left forearm, just above her left wrist contains a tattoo of a girl with lines in her background.

Meaning: The tattoo is actually a tattoo of herself. 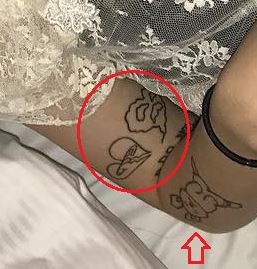 Tattoo: Her right forearm, just below her elbow contains a tattoo of a cartoon mouse. Her right arm, above her elbow, contains the tattoo of two hearts side by side. One of which is broken with the two pieces being held together by a safety pin and the other one made like a ghost who is screaming.

Meaning: The mouse was inked on her body just because she liked it. The hearts are again a nod to her past and how she is still looking for love. Her hearts barely being held together and screaming in pain.

Tattoo: The inner side of her right forearm contains a tattoo of a rose stick on it done in total black ink. Her arm, just above her elbow contains the words, “DO NOT RESURRECT” tattooed on it. 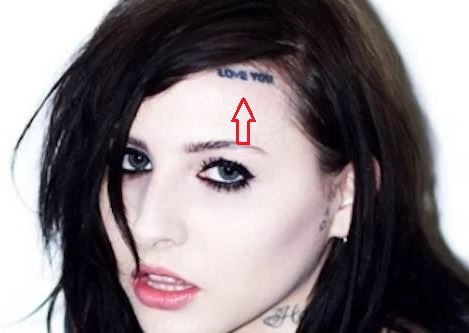 Tattoo: The left side of her forehead, just below her hairline contains the words, “LOVE YOU” tattooed on it. 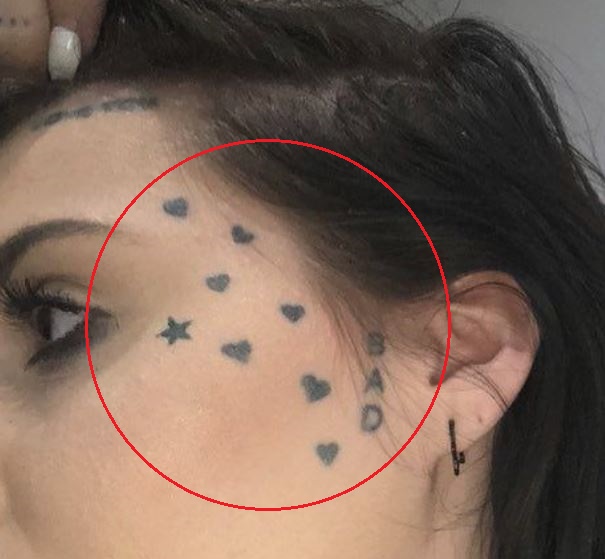 Tattoo: The left side of her face contains 7 little hearts inked on it. There is also a tattoo of a star. The word, BAD is tattooed just beside her ear vertically.

Tattoo: The outer side of her right forearm contains the word, “LOSER” tattooed on it with the letter, V inked in red behind the S of the word, Loser. The side of her forearm right beside the wrist contains the name, “Gustav” inked on it.

Meaning: The extra V over the S makes the word change from “LOSER” to “LOVER“. The word Gustav was the name of her ex-boyfriend, popularly known as Lil Peep.

Tattoo: The belly of the designer contains the words, “POOR LIL THING” tattooed on it. 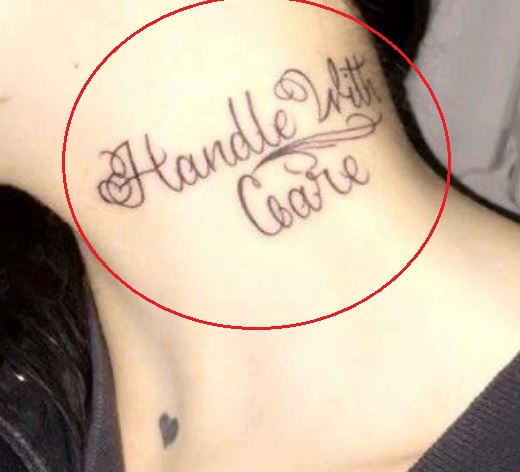 Tattoo: The left side of Layla’s neck contains the words, “Handle With Care” tattooed on it.

Meaning: This is one of the several quotes which she has on her body and wants to be handled with care after everything she’s been through. 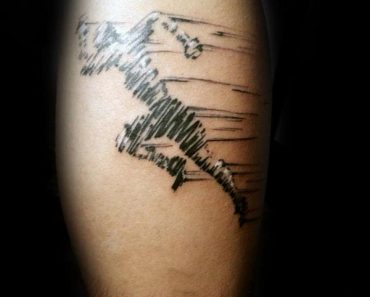