Stephen James Ireland is an Irish professional footballer from South-west Ireland who plays as an attacking midfielder. In 2005 he made his debut on professional front joining English Club Manchester. He also played for the Ireland National Team in 2006 and 2007, where he scored five goals. He has got some serious love for permanent inking on the body. Let us explore his inks and their respective relevance for him. 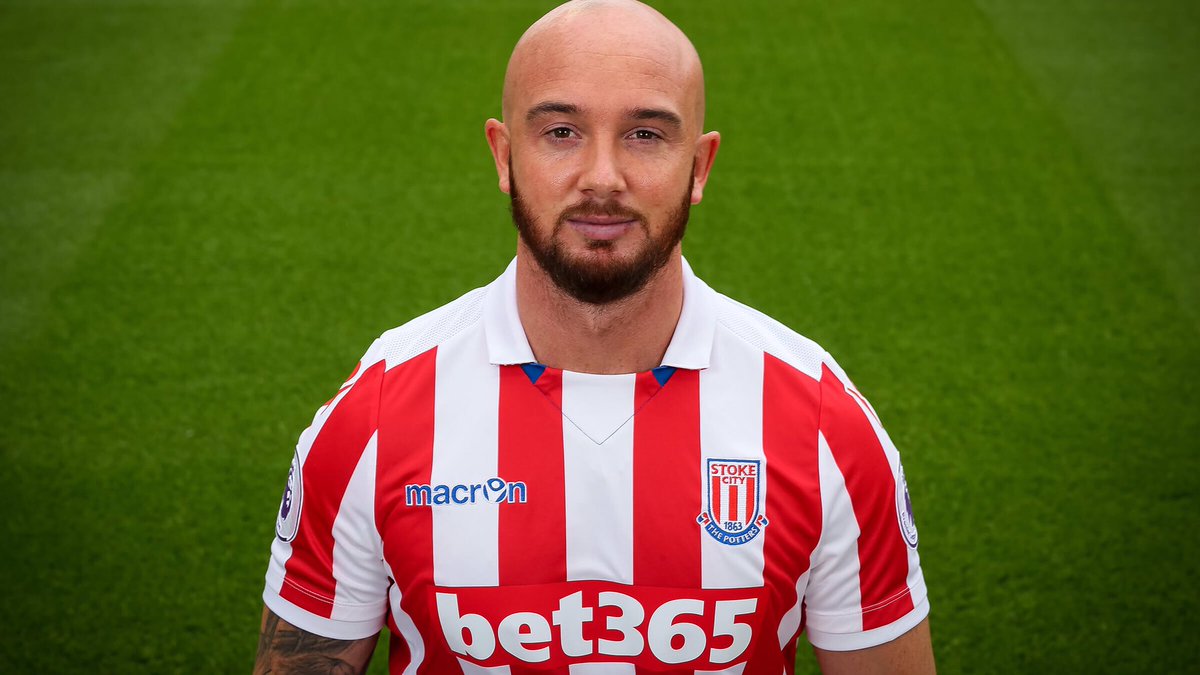 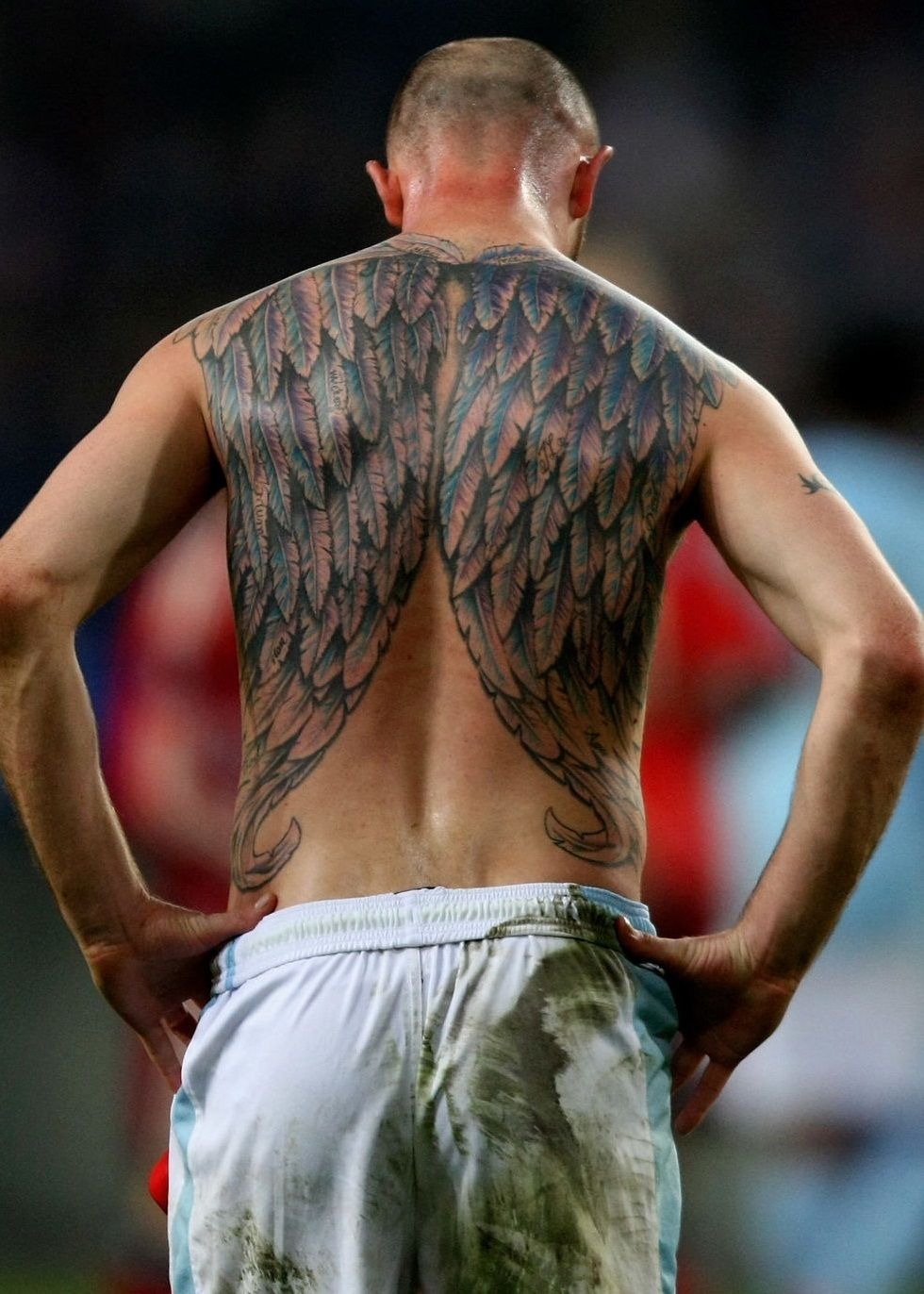 Tattoo: The attacking midfielder has a massive piece of pair of angel wings covering the whole of his back.

Meaning: Stephen’s decided to get such a big ink of feathers all over his left and right side of the back to give it a look of the angel-winged man. The feathers have been included with the names of his near and dear ones, such as, “Dad”, “Tla”, “Jacob”, “Jessica”, “Mom”, “Mikey”, “Marc”, “Tere”. 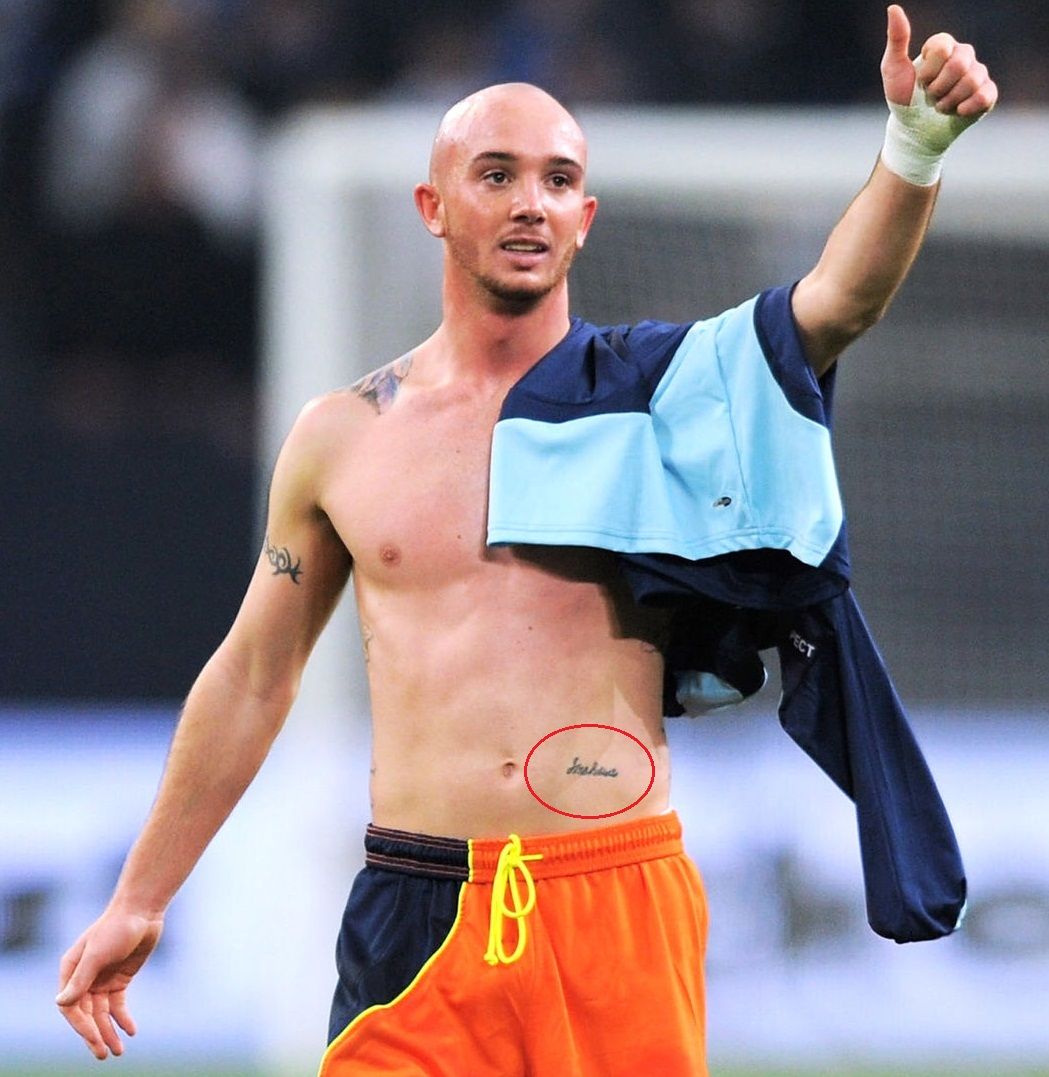 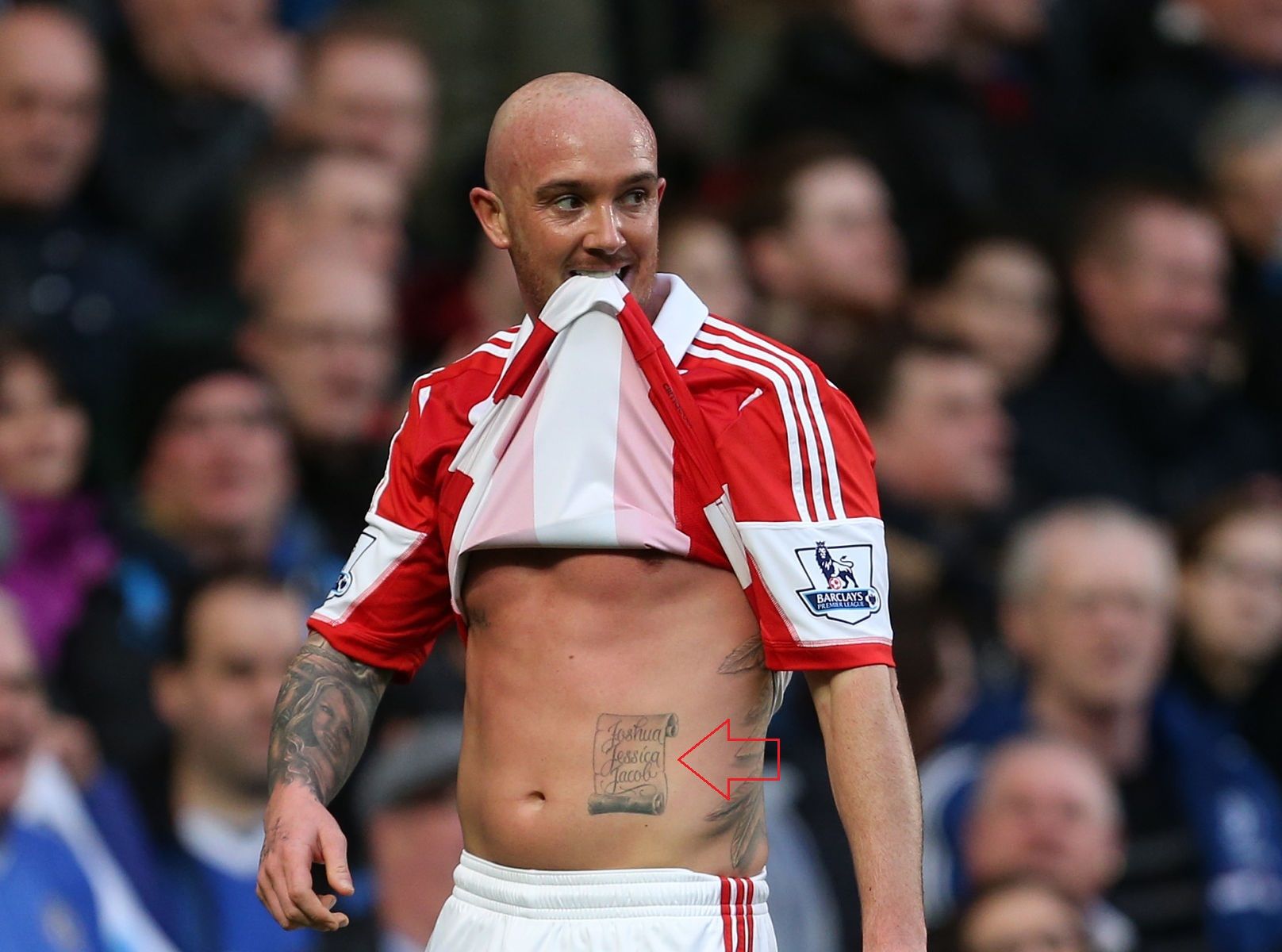 Tattoo: The left side of the footballer’s stomach is tattooed with his daughter’s name Joshua. However, after some years Stephen got the alteration done to the ink by adding the names of his other two children, “Jessica”, Jacob” written in the form of a banner roll.

3. Quote on his chest 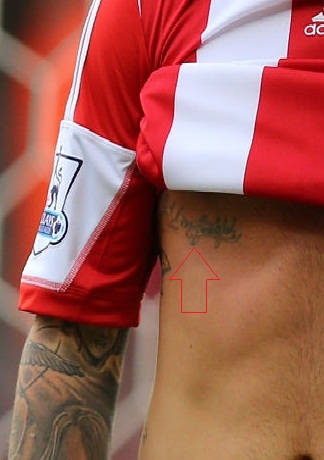 Tattoo: On Stephen Ireland’s lower part of the chest there exists a quote tattooed on it. 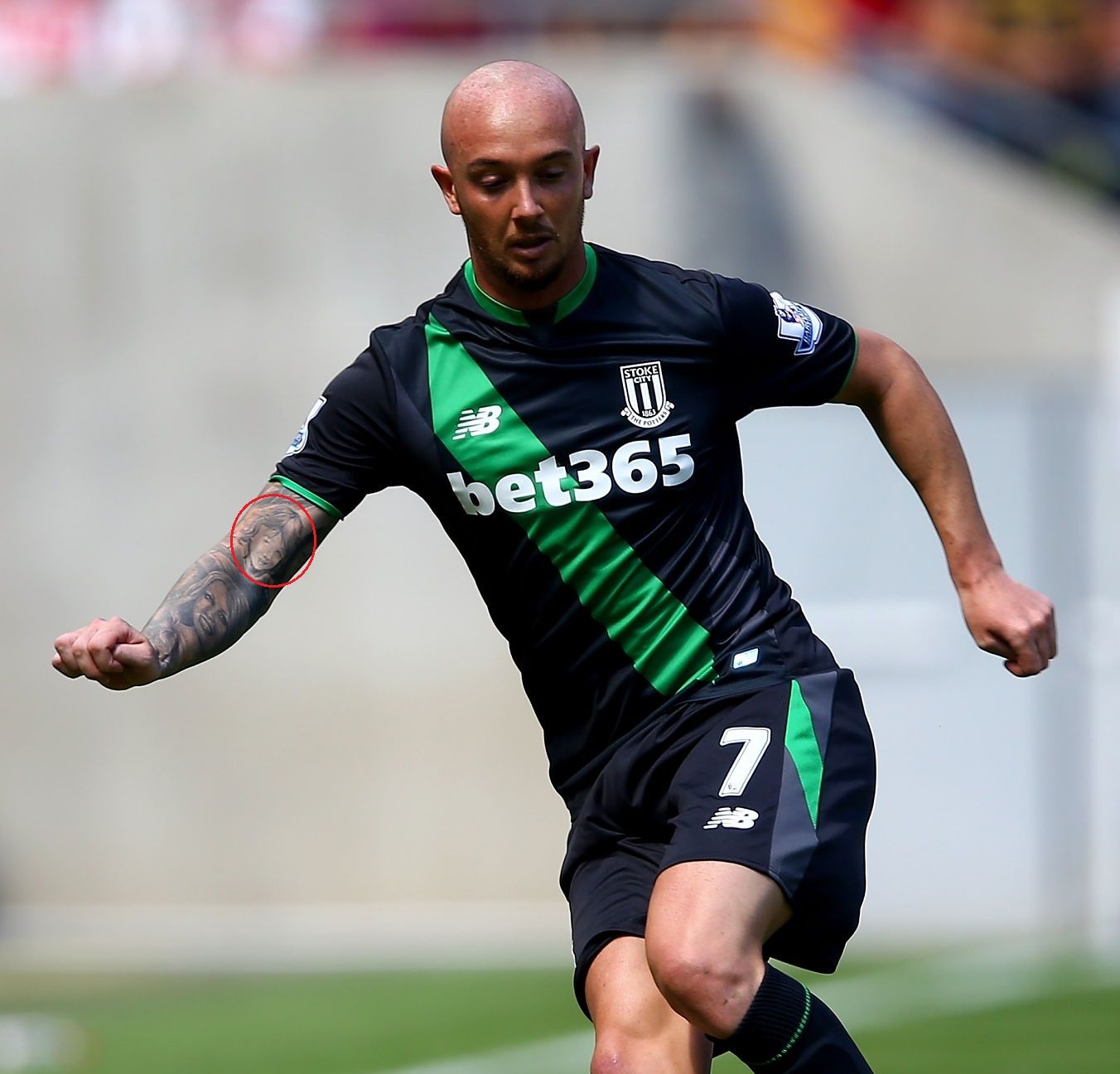 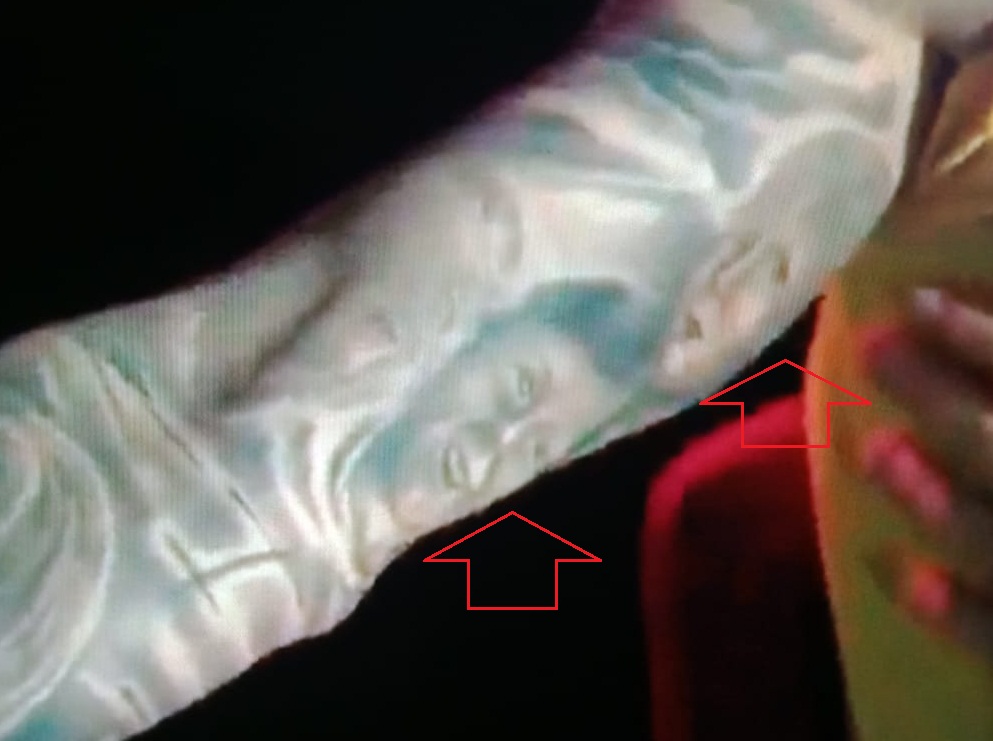 Tattoo: The right arm sleeve of the footballer is inked with the portrait of his three children, “Joshua”, “Jessica”, “Jacob”. 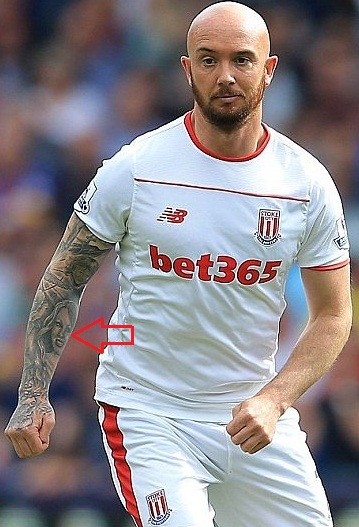 Tattoo: The right forearm of Stephen has a tattoo of his wife Jessica Lawlor. 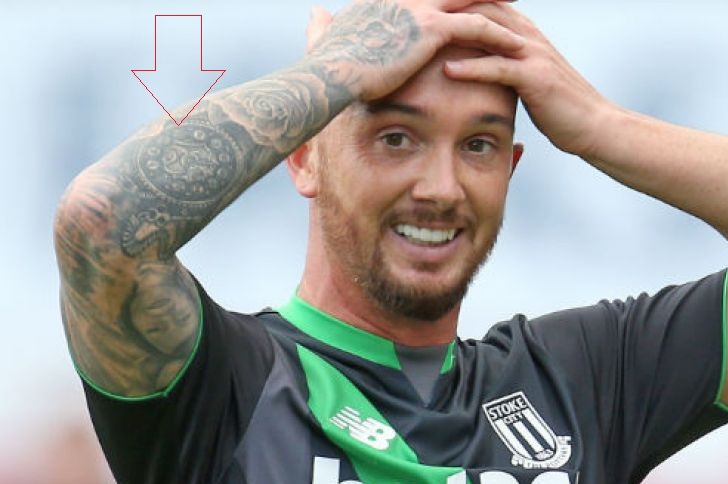 Tattoo: On Stephen Ireland’s outer side of his right arm there exists a tattoo of a mechanical gear with a wire attached to it. 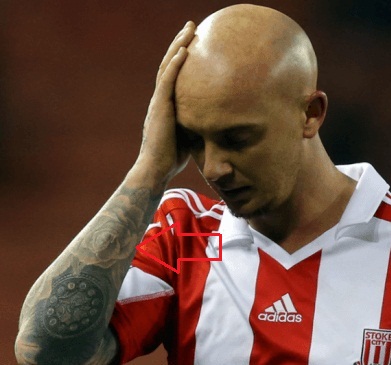 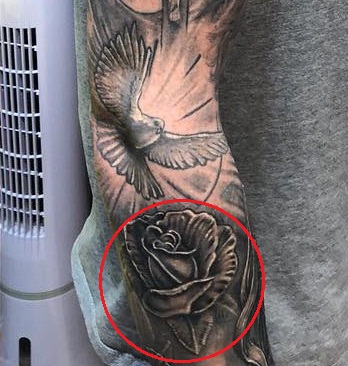 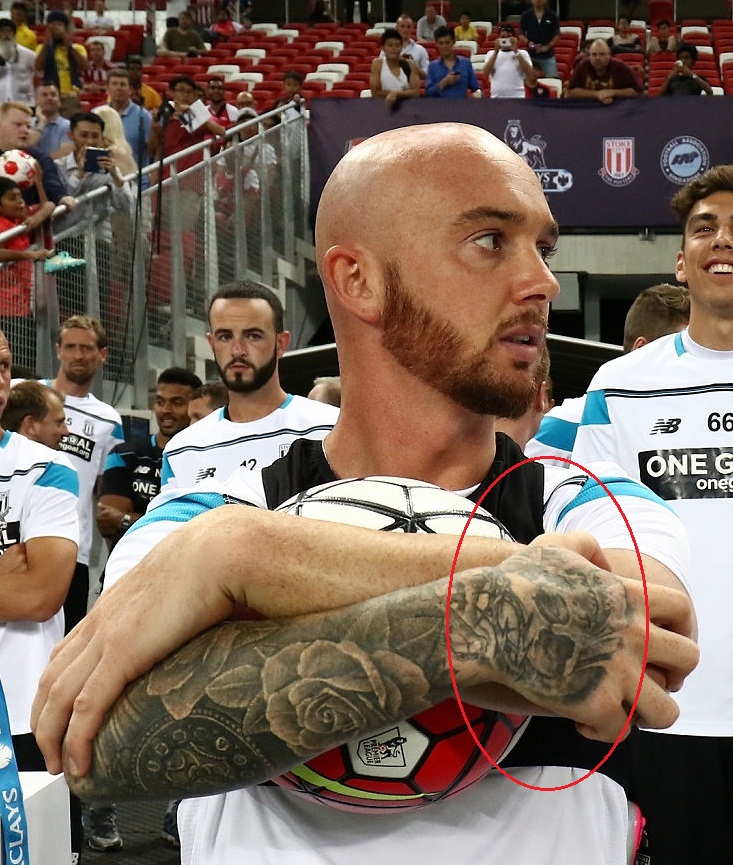 Tattoo: Onto the back of Stephen Ireland’s right hand has a tattoo of barb wire, and tribal design inked. 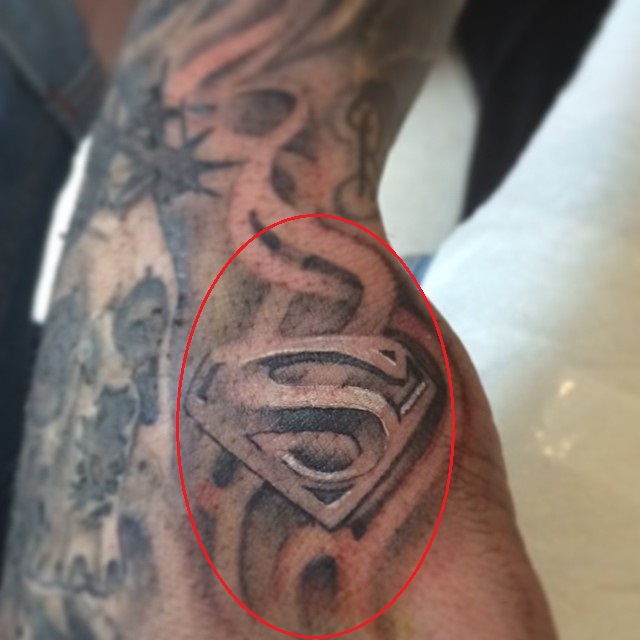 Tattoo: The top of Stephen Ireland’s thumb has a logo of superman tattooed on it. 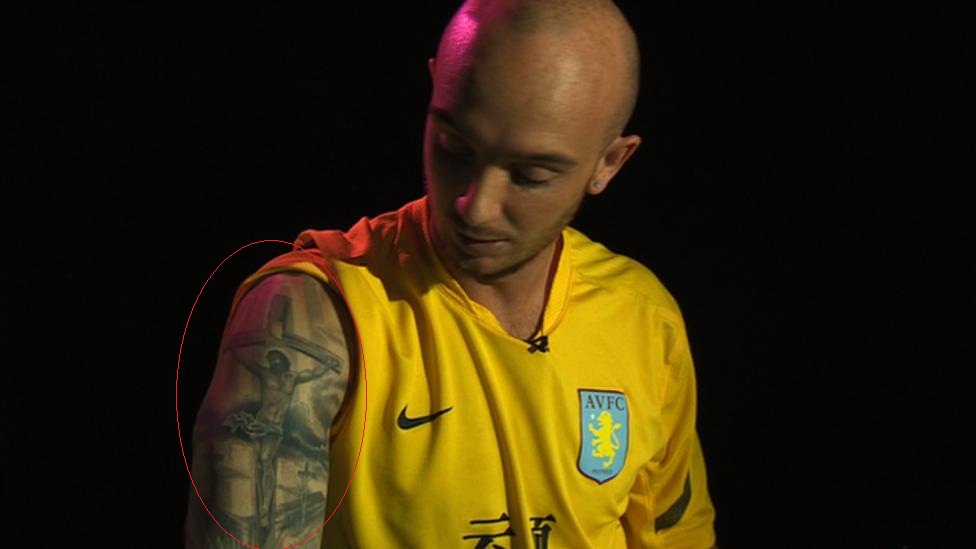 Tattoo: The right shoulder of Stephen Ireland has a tattoo which represents the Crucifixion of Jesus Christ. He got it done from L.A based tattoo artist Tommi C at Tommicrazy studio.

Meaning: A crucifix comes from a Latin word cruci fixus which explains “one fixed to a cross” which is defined in the tattoo. The tattoo is the representation of his love and faith in Christianity. Later on, he got his tattoo altered by inking a watch right behind the tattoo.

In an interview he claimed his right arm of being a superficial family arm. 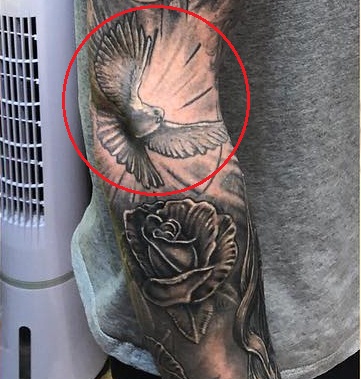 Tattoo: The right arm of Stephen Ireland has a tattoo of an eagle inked in the flight mode near his elbow.